The Things Some Gamers Pretend To Love
LATEST CONTENT

There’s a lot to genuinely love about the gaming industry at the moment, from developers like CDPR that have the best interests of gamers at heart, to awesome new games coming out and more. However, sometimes gamers pretend to love an aspect of gaming and make it pretty obvious that they actually don’t even like it at all.

Keep in mind that I am not saying every gamer out there do any of these points, but if you’ve been gaming for a few years, you’ve probably seen all this happen at some point in time. Check out our discussion of the top five things that some gamers pretend to love below.

Related: Digital Versus Physical Video Games – Which Do You Prefer?

The Dark Souls franchise, Bloodborne and Demon Souls are notoriously difficult, that is without question. What is questionable, however, is all the Dark Souls “veterans” that tend to slither out of the woodworks when a discussion about one of the Souls games comes up. This is especially true when people complain about the games being too difficult, or when someone asks for help as they have hit a roadblock.

There are players (or should I say heroes) that have finished all the Souls titles without getting hit. There are no-armour runs and really skilled players out there. Then, there are those who claim to be a “Souls Veteran” but have never even finished one of the titles. It’s been something to boast about for many years now and when you find those who claim to be Souls veterans but their achievements only show kills on the first boss of one game, it is a bit facepalm-inducing if you ask me.

These are normally the loudest bunch of gamers as well in a discussion about Souls titles. People asking legitimate questions get constant replies of “Git Gud”. This is both hilarious and a little bit sad, as the Souls franchise is definitely one of the things that gamers pretend to love, even though they quit at the first roadblock and threw their controllers around the room. 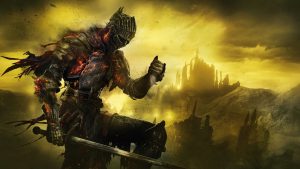 If you look at any esports community, gamers tend to support a specific team, such as all the Evil Geniuses supporters locally, or Chinese team supports in Dota 2. This goes for every single esport, from Overwatch to Counter-Strike: Global Offensive and much more. The thing is, when you look close enough, you will see so many fans switch sides when a team they didn’t previously support claims a big title.

The best possible recent example of this is all the OG fans that popped up after The International 2018, screaming how they’ve been following the team for ages. OG won The International 2018 in one of the least-expected results in Dota 2 history. No one even thought they would make far, except for long-time fans who stayed with their team even through troubling times. It was an amazing final to watch, but when I suddenly started seeing all the “OG for life” or “N0tail best player ever” in multiple chats, I couldn’t help but cringe a little.

In everything competitive, one will find glory supports and hey, that’s fine by me. However, don’t claim to have been supporting a team for years when everything you’ve said up to this point contradicts it. That’s why support a specific team on a hot streak is definitely one of the things that some gamers pretend to love, but actually, have little knowledge of, to begin with. Sure, it is fine to start loving a team when you see them perform well and that happens, but don’t pretend you’ve loved them for ages. 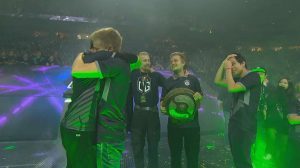 Not all exclusives are created equal. Some platform exclusives, such as God of War on PS4 and Breath of the Wild on Switch are masterpieces, but others fall far short. However, that doesn’t stop fans of a specific platform, as they pretend to love every last exclusive on their gaming platform of choice no matter the quality of the actual game.

As someone who writes reviews, I know the importance of being as unbiased as possible when rating a game, no matter my feelings for a gaming platform. Let’s face it, we all know this, but for some gamers, it’s like talking to a wet brick. In my experience, this becomes especially true when a platform hasn’t had top-class exclusives in a while, which, for some reason, makes things even worse and even poor quality games get defended to no end.

Platform exclusives can, at times, be something some gamers pretend to love. However, there’s also the other side of the coin, where gamers pretend to hate a game just because it is exclusive to a platform they do not prefer. Unfortunately, there is no real way to remedy this, as everyone is entitled to their own opinion and sometimes, just sometimes, people actually do love playing a game that has generally received poor scores. 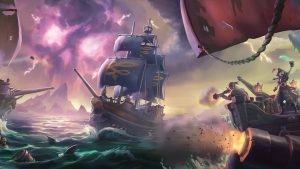 Have you ever come across an opponent or teammate that kept saying “I’m just having fun” while throwing a multiplayer match and you just want to call them on their nonsense? Let’s get one thing straight, there are players who don’t care about winning or losing, and really are just having fun. However, that’s not what I’m talking about in this fifth and final point.

Instead, some players try their utmost best at the start of the match, then get crushed by a higher-skilled opponent. There are a few things that can happen after the fact, namely that the player will continue to try their best, rage out and blame their teammates, or finally, pretend it is all just for fun and they don’t care, throwing the match by doing silly things in the process.

That last scenario is exactly what I’m talking about, as some gamers pretend to love just playing and having fun by losing a match, even if they are in fact raging in secret. There’s this strange occurrence when someone gets wrecked where they simply don’t care anymore and want to get things over and done with as quickly as possible, throwing the match. One will normally find that same player in the next match, calling out orders and being super serious about the match and winning. 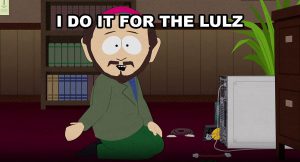 Glory supporting an esports team is one thing, but some gamers base their entire gaming persona around what is popular right now. A prime example of this is Fortnite, which is the most popular kid in the gaming world right now. Don’t get me wrong, millions of gamers probably truly love playing Fortnite, but there are definitely some out there who just pretend to love the game because it is the next big thing.

It’s always been that way and not just in gaming. It is a form of crowd mentality and some people might even question themselves or think there is something wrong with them for not loving the new popular kid as much as the world seems to. Without going too deeply into the psychology of it all, it is always important to remember that it is okay to not love something everyone around you can’t stop talking about. Everyone has their own likes and dislikes, so don’t spend hundreds of hours of your life playing something you just pretend to love because it is the next big thing. 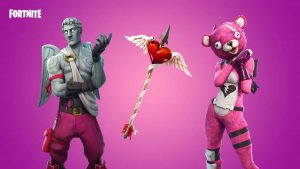 Which other things do you think some gamers pretend to love but actually don’t even like all that much? Let us know in the comment section below.

Gaming | Nintendo | The Things Some Gamers Pretend To Love