Advertisement
The Top Geeky Christmas Movies Perfect For The Holidays 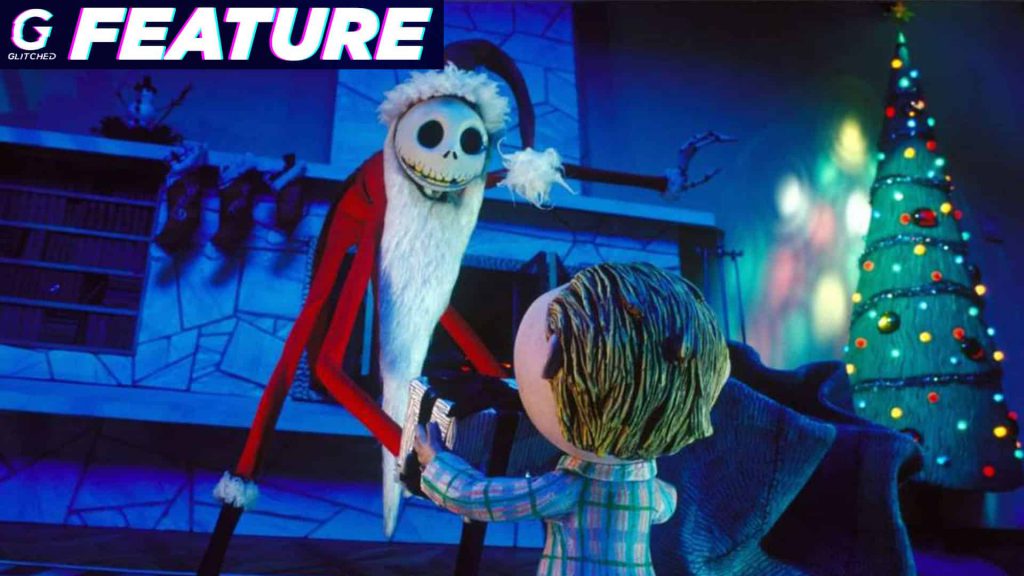 Most of you might have watched one or all of these awesome movies but that doesn’t really matter, as rewatching them to get into that holiday spirit is still a great experience.

The Nightmare Before Christmas

Every geek and their cat knows about and have probably seen The Nightmare Before Christmas. An instant classic released back in 1993, the movie follows the escapades of Jack Skellington, the king of Halloween town. Old Jack discovers Christmas town and tries to bring Christmas to Halloween Town, which leads to some really awesome events filled with a bit of dark humour, interesting characters such as Sandy Claws, Oogie Boogie and magic!

This all sets up for a mashup of Halloween and Christmas in the form of a stop-motion animated musical that simply shouldn’t be missed out on. It is, without a doubt, one of the best geeky Christmas movies ever made and if you haven’t watched it yet, then you definitely should this holiday season.

You have two options when it comes to movies based off Dr Seuss’ book “How the Grinch Stole Christmas!” released all the way back in 1957 (yes, it is over 60 years old) and you should probably watch both. The live-action movie with the same name released in 2000 and then, the awesome animated movie released this year.

You’ve probably heard the tale before as the grumpy old Grinch tries to ruin Christmas for the town of Whoville. Disguised as Santa Clause and with the help of his overweight reindeer called Fred, it’s filled with awesome moments that every geek will love. Best of all, Benedict Cumberbatch does the voice-acting for the Grinch and it just works oh-so-well.

With the executive producer for the 1984 classic, Gremlins, being none other than Steven Spielberg, this was another instant classic. Gremlins combine horror with a Christmas setting and throw some humour into the mix for good measure to deliver a unique and geeky Christmas movie experience.

Gremlins is perfect for your inner geek and follows the story of a father and his son, with a Christmas gift in the form of a strange little creature called a Mogwai that has three specific rules for his owner to follow. Never feed it after 12, don’t expose it to bright lights and for the sake of all that is Christmassy, don’t get it wet.

Jingle All The Way

What do you get when you take Arnold Schwarzenegger and Sinbad, and then throw them together in a comedic Christmas story about getting that special action-figure? A geeky Christmas movie that is sometimes a bit cringeworthy but oh so fun to watch. Released in 1996, Jingle all the Way follows a father who wants to get the hottest new action figure, Turbo Man, for his son for Christmas.

Hilarity and action ensue and the film really speaks to us all who have had to do last-minute shopping. It has themes of commercialism, superheroes and a father’s quest to get that perfect, sold-out gift for his child. It is a geeky Christmas movie through and through.

If you are looking for something a bit more real that could actually happen, but still has that geeky Christmas feeling to it, then Christmas Office Party might just be it. The movie stars Jennifer Aniston as the CEO of a tech company called Zenotek and threatens to lay off 40% of the staff in one of the branches, where Jason Bateman plays the role of Chief Technical Officer.

There’s a lot of tech speak and references in there that many tech geeks will love, while still maintaining the overall theme of the Christmas spirit as the branch manager plans to throw an epic Christmas Office Party to save his employees with the spirit of Christmas. In this attempt to save his people, the party gets way out of hand and everything about it just works as a Geeky Christmas movie.

When I think of a fun and a bit geeky Christmas movie, the first thought that comes to mind is the original Home Alone. Enter Kevin McCallister, an 8-year-old portrayed by Macaulay Culkin, who was accidentally left home alone by his parents. He’s like a miniature MacGyver as he builds some cool traps to combat a pair of burglars trying to get into his house.

We all remember laughing at the weird and wonderful ways little Kevin despatches of his “foes”, from intricate traps to the classic heated doorknob and much more. It’s quite a geeky film if you consider all the booby traps that get built and it definitely has a Christmas theme, which gives it a firm place on this list.

There’s been a lot of debate if Die Hard should even be considered a Christmas movie and for me to put it under geeky Christmas movies might seem like a bit of a stretch to you. Well, first up, the original Die Hard does take place over Christmas time and there are even some scenes in the movie that are quite Christmassy, such as John McClane (portrayed by Bruce Willis) leaving a note on a dead terrorist saying “Now I have a machine gun Ho-Ho-Ho”.

Released in 1988, one can think of Die Hard as a retro action movie by now and what geek doesn’t love watching some retro movies during the holidays. At the time, it was one of, if not the best action movies ever created and although not really geeky, this retro aspect of rewatching a classic is something no geek should miss out on. Yippie-Ki-Yay!

What other geeky Christmas movies would you recommend? Let us know in the comment section below.