The Umbrella Academy season 2 arrives on Netflix this Friday and you need to be prepared for an epic 10-episode run. The new season goes levels above the first to deliver a deep and enjoyable show. The lead characters are more fleshed out than ever before, the 1960s setting works wonders for the time-travelling group of dysfunctional siblings, and the story gets deeper in every episode.

This article contains no spoilers.

Umbrella Academy season 2 picks up right after the events of the first season. Vanya blew up the moon and a giant rock was hurtling towards Earth to destroy it. Number five used his powers to teleport the siblings back in time and they all arrived in the 1960s in Dallas. However, each of them arrived at a different time which sets up the show for some new reuniting. Sure, this means most of the first few episodes revolves around a little back story into each of the sibling’s arrival and time spent in the decade but it works. Klaus is the first to arrive in 1960 followed by Allison in 1961. Luther arrives in 1962 and Diego in 1963. Vanya soon follows after Diego but a little later.

Of course, it is not until Five arrives that things get heated. Number Five lands a few days after John F. Kennedy is assassinated to find that the world is yet again ending. A massive nuclear war has kicked off and once again it is up to him to reunite the siblings and try to prevent the end of the world.

Don’t get it twisted. The plot may sound like it’s along the same lines as the first season but there’s a lot more to enjoy here. Umbrella Academy season 2 surpasses the original in so many ways.  Its story structure is superb, the pacing is top-notch and the characters are fleshed-out enjoyable to watch on screen. Best of all, its production values make all ten episodes remarkable. A major reason for this success is thanks to the show’s ability to build on the characters and story without ever needing to introduce them. Sure, there are new people you will meet in season 2 but we know the siblings now so the “fat” is gone. 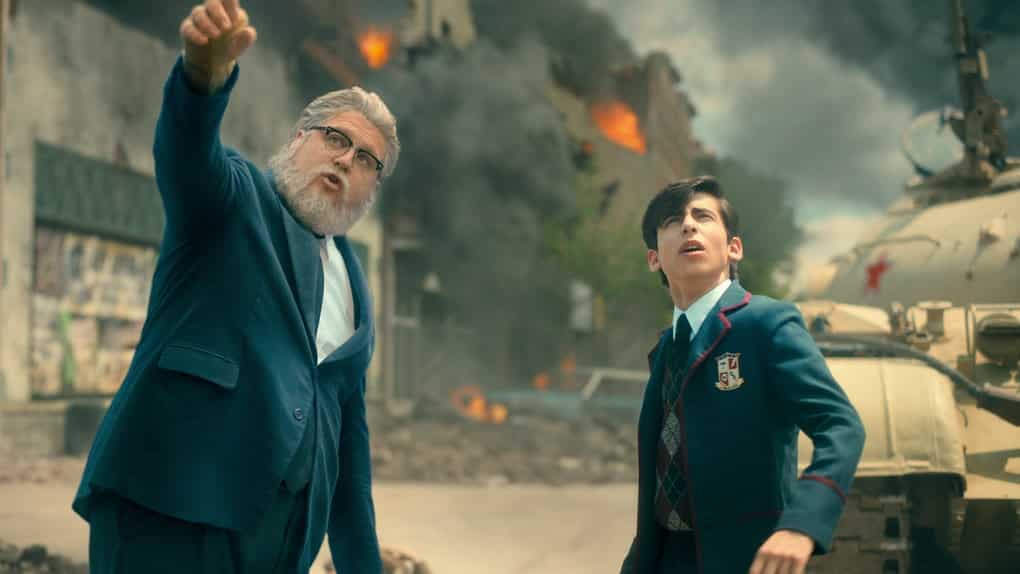 The Umbrella Academy season 2 explores each sibling in new ways that kept me going through every episode. Each sibling gets enough spotlight to love them even more. Richer and more thought-out plotlines reward the viewer with revelations into each sibling’s past. Even plot lines from season 1 return with fleshed-out origin stories. Not to mention the tear-jerking moments that touch on family bonds, or the lack thereof.

Season 2 is a celebration of these siblings and how they have grown over the past few years being separated. They have all found themselves to a certain degree. This has helped them grow into even more interesting characters. In addition, this is all carried by the fantastic performances of all the cast members. There are even some excellent cameos by characters I cannot talk about. The cast is just superb and you are going to love every moment of this season thanks to their performances. 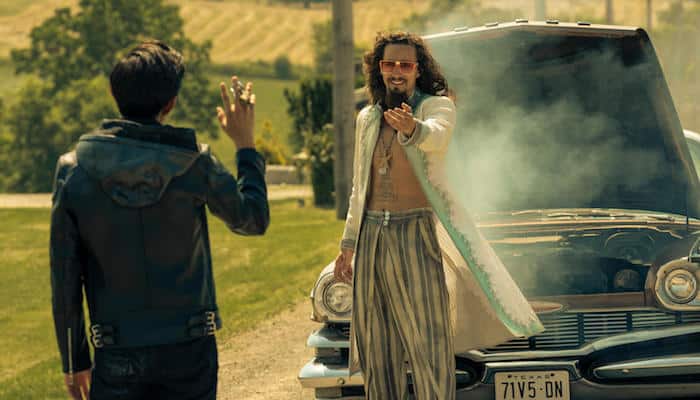 I won’t spoil much in terms of what the siblings have been up to because the sense of discovery in season 2 makes it so damn great. Just know that apart from their shenanigans, season 2 also allows for an expanded look into their “father” Sir Reginald Hargreeves, The Commission and each sibling’s past. It elevates each episode into a little personal journey for each sibling while layering on this mysterious plot into how the world ended again.

Not to mention that the 1960s was a different time and each sibling is struggling to fit in. Klaus is very gay and very unwanted at that time by society. Allison’s arc touches on what it was like being Black in the 1960s in Dallas. Luther is a giant ape-man so he already has it tough. Not to mention Vanya is suffering from some serious amnesia. How this all plays out while expanding on their dysfunctional family values and trying to save the world is just brilliant to watch. 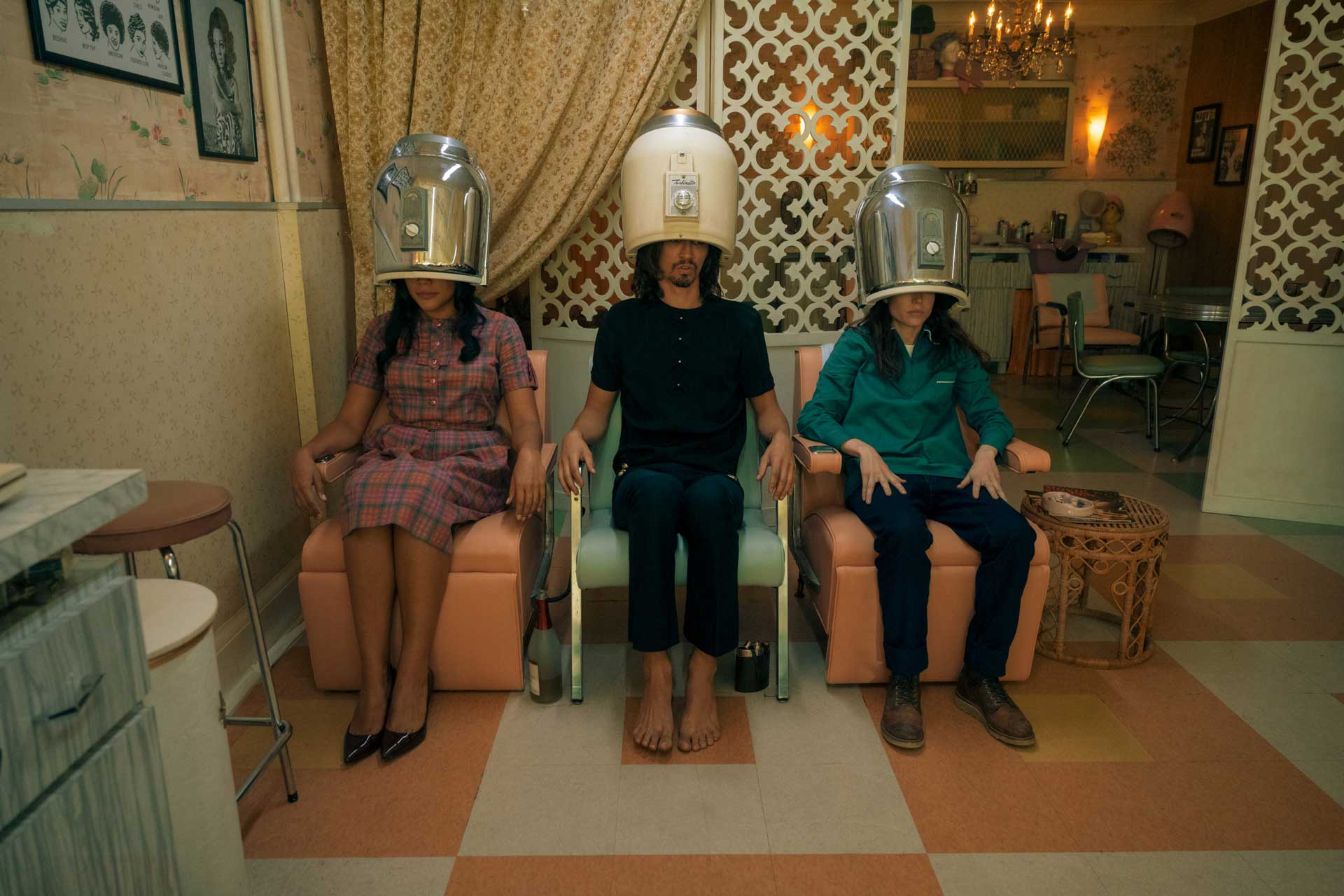 The Umbrella Academy season 2 is the season we deserve. There’s no nonsense here. Netflix clearly took notes and fixed the issues we had with season 1. It’s weird and wonderful writing is backed by a superb cast and fantastic production value. The show comes to life in such a wonderful way. I was worried that the 1960s setting would be bloated by historical accuracy and wasted sibling rediscovery. However, every episode delivered on its promise. Within the first episode, I was hooked and within two days I had completed the full ten-season run. There’s so much I wish I could tell you but you need to watch it yourself. Simply put, it is one of the best shows of the year and I cannot wait for season 3.

The Umbrella Academy Season 2 debuts on 31 July 2020 with ten episodes on Netflix.