If I had to choose a soundtrack for the end of 2019 to the beginning of 2020, it would consist of just one song, playing on repeat: Toss A Coin To Your Witcher. I’d be lying if I pretended that I was a fan of The Witcher before the Netflix show premiered. I knew about it; I just never really cared. However, the moment I watched The Witcher, I worked overtime to make up for lost fandom time. Since the first episode dropped on Netflix, I’ve: played and completed all three games (the first one is the best, and everyone who disagrees is welcome to their wrong opinion), I’ve read the tie in comics, I’ve started reading the books, and I’ve listened to Toss A Coin To Your Witcher so much that it was my top song on Deezer for 2019.

Needless to say that even though I was late to the party, I instantly fell in love. And no, it wasn’t seeing Henry Cavill half-naked that did it (although let’s be honest, it probably helped) it was the entire world and the lore that The Witcher created. The Witcher is undoubtedly a high fantasy story but with a protagonist that doesn’t ever set out to be a hero, who doesn’t care about becoming king and doesn’t even really care about saving the world. Geralt is just a man doing a job, and everything else is a reaction to that. 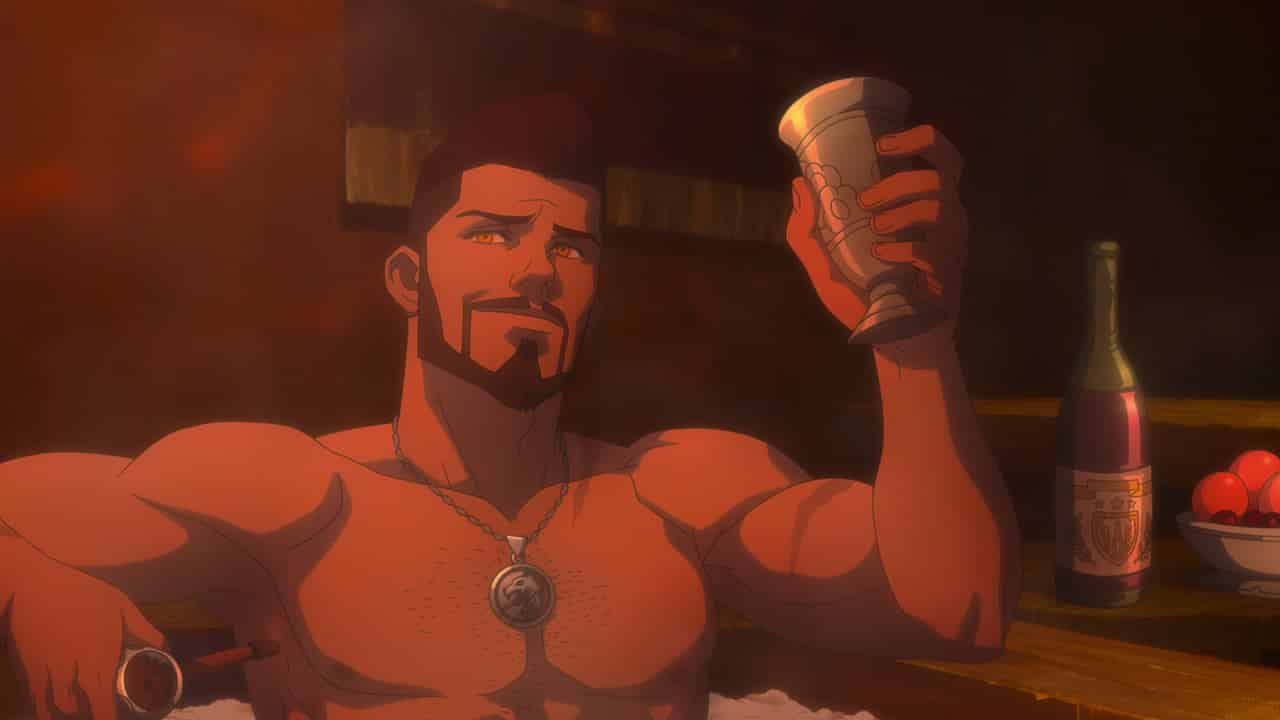 Netflix’s new show, The Witcher: Nightmare of the Wolf, is the feature-length animated prequel story to The Witcher live-action show. It tells the story of Vesemir, Geralt’s mentor, who, coincidently, we also get to see half-naked. Without going into spoiler territory, because this is a story best experienced when going in blind, the basic premise is as follows:

The Witcher: Nightmare of the Wolf goes about how the Witchers would become the outcasts that they are today when a young Mage declares war and turns the townspeople against the Witchers. We also get to see how and why Vesemir became a Witcher in the first place. This is a very basic outline, with many more plot points and questions from the game and live-action show answered, but going into that would diminish the experience of watching The Witcher: Nightmare of the Wolf for yourself.

Unlike the live-action series and the before mentioned video games, The Witcher: Nightmare of the Wolf is the first totally unique story that has no ties to the Witcher books by Andrzej Sapkowski. 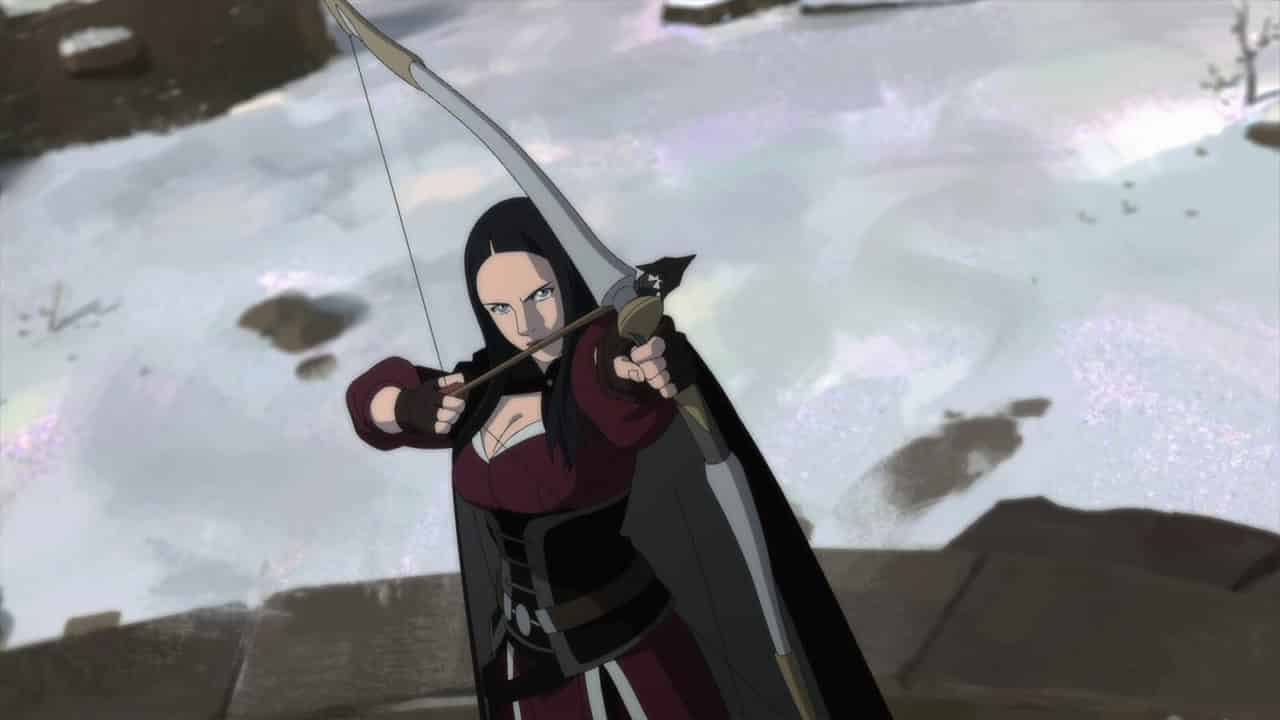 You can’t talk about The Witcher: Nightmare of the Wolf without mentioning how absolutely gorgeous the art and animation is for it. It’s something I kept bringing up while watching, to the point that I’m pretty sure my fiancé considered just calling the whole thing off. All the animation came from Studio Mir, the studio behind other hits such as The Legend of Korra and Dota: Dragon’s Blood. The decision to go the animated route for The Witcher: Nightmare of the Wolf was one that I think really worked in the favor of the show, the action sequences are fast-paced and at times gravity-defying. Something that just can’t be achieved with pesky human actors and was an absolute cinematic highlight keeping you transfixed through every fight.

The voice acting is incredible and worked to bring each character to life. From talents like Theo James ( Divergent; Allegiant; Underworld: Blood Wars), Lara Pulver (Edge of Tomorrow; Electric Dreams; Dota: Dragon’s Blood), Graham McTavish (The Hobbit; The Witcher; Castlevania), and Mary McDonnell (Donnie Darko; Battlestar Galactica; Fargo) we get a set of characters that are so well animated and voiced that it’s hard to picture The Witcher world without them in it. 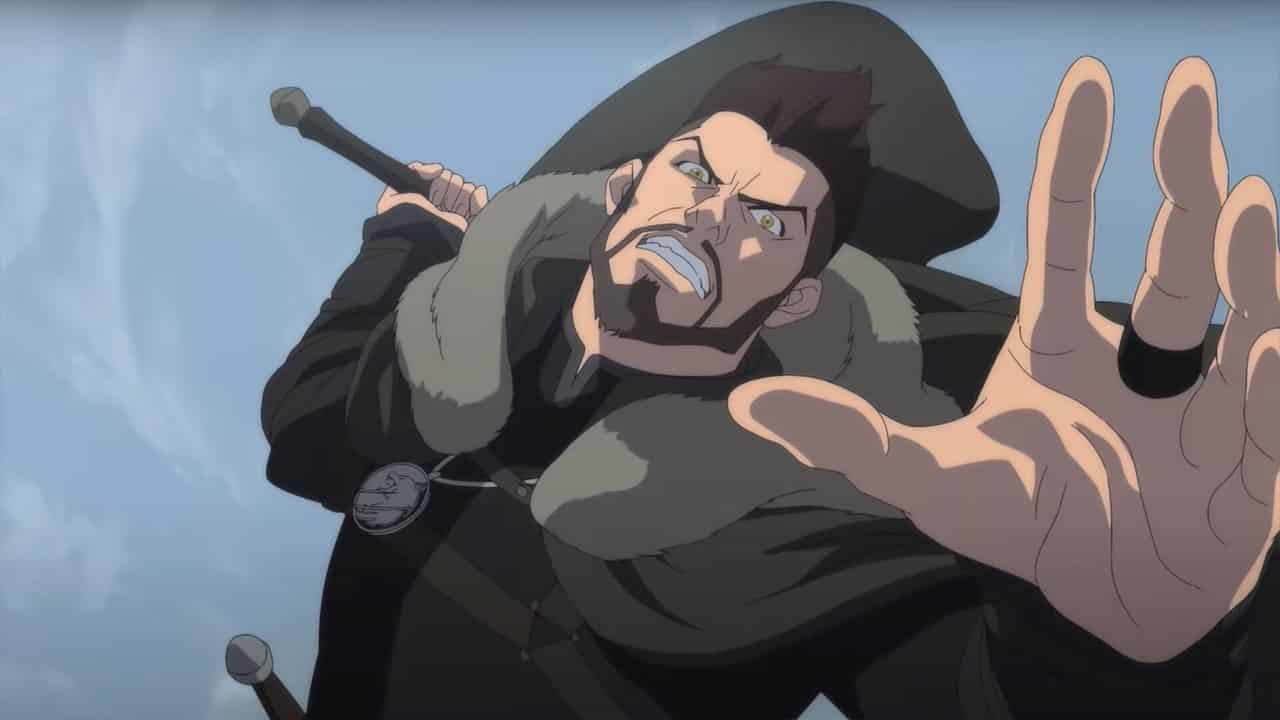 Coming from someone who watches very little anime and enjoys even less, The Witcher: Nightmare of the Wolf is a must-see for any pre-existing Witcher fans or just those jumping into the world for the first time. Playing a fine balancing act between seriousness and comedy, The Witcher: Nightmare of the Wolf has something in it for everyone. Not only is it an enjoyable standalone movie, but it also answers a lot of questions and gives some much-appreciated backstory before Season 2 of the live-action The Witcher is set to launch.

The Witcher: Nightmare of the Wolf premieres worldwide Monday, August 23 on Netflix.

PrevPreviousDiablo 2 Resurrected is Painful With a Controller – Hands-On
NextHustle Energy is South Africa’s Stylish New DrinkNext
Lifestyle | Entertainment | The Witcher: Nightmare of the Wolf – The Prequel We Deserve

Lifestyle | Entertainment | The Witcher: Nightmare of the Wolf – The Prequel We Deserve