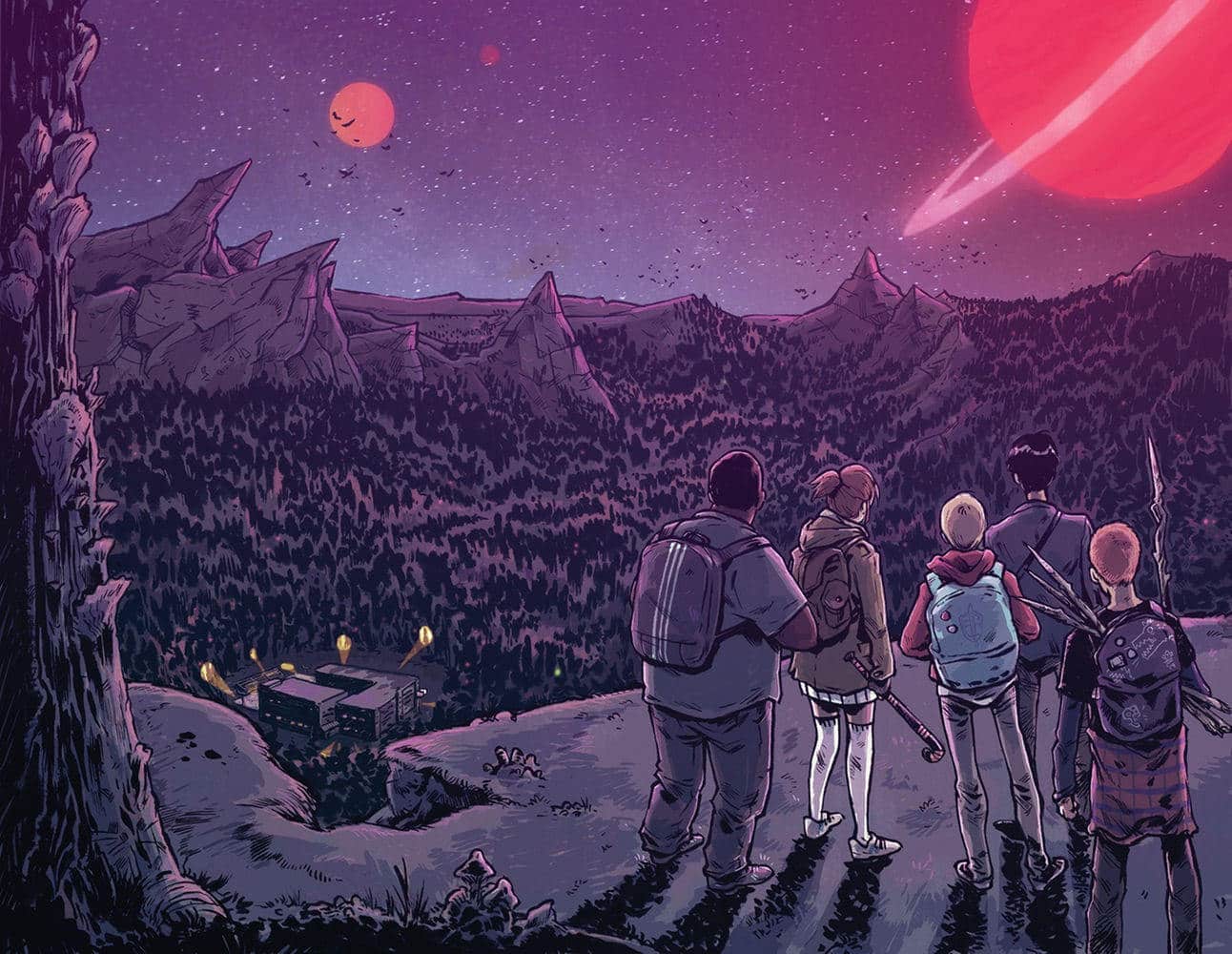 If there is one thing that I love, it’s some good old fashioned teenage drama and angst set to some survival horror themes – something that The Woods comic supplies in spades.

Sometimes school can seem like this strange alien world, filled with weird and unpredictable people who only care about one thing; themselves.  Now, imagine if one day that entire school, with everyone still in it, just disappeared from Earth, leaving nothing but a school shaped crater where it used to be. That’s exactly the chaotic ride that you’re in for when you pick up The Woods. 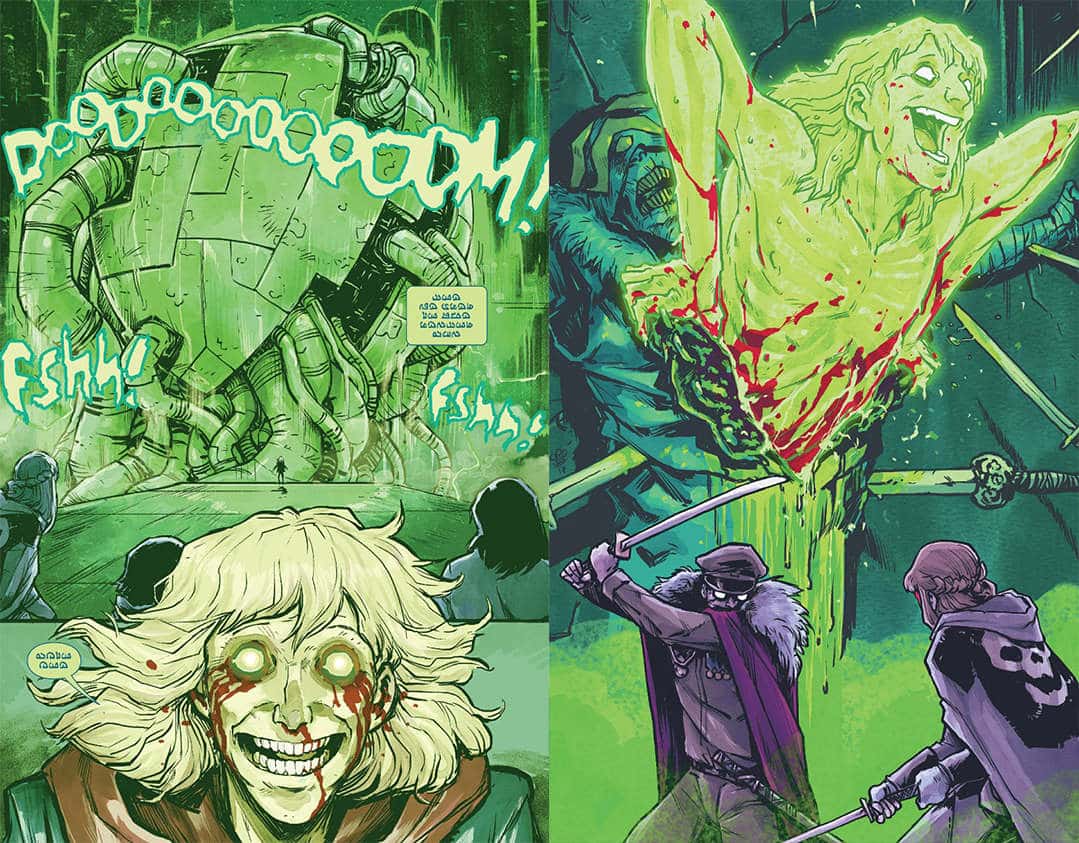 Created for BOOM! Studios (Alienated; Something is Killing the Children; BRZRKR) By James Tynion IV (The Department of Truth; Wynd; The Nice House on the Lake) and with art by Michael Dialynas (Wynd; Teenage Mutant Ninja Turtles; Gotham Academy), The Woods is the coming-of-age, Sci-fi mystery comic that you never knew you needed.

One day everything was perfectly normal, or as normal as a school day will ever be, and the next, 500 students, faculty and staff all find themselves in the middle of seemingly never-ending woods. All this on an alien moon with strange alien creatures killing them all off too. 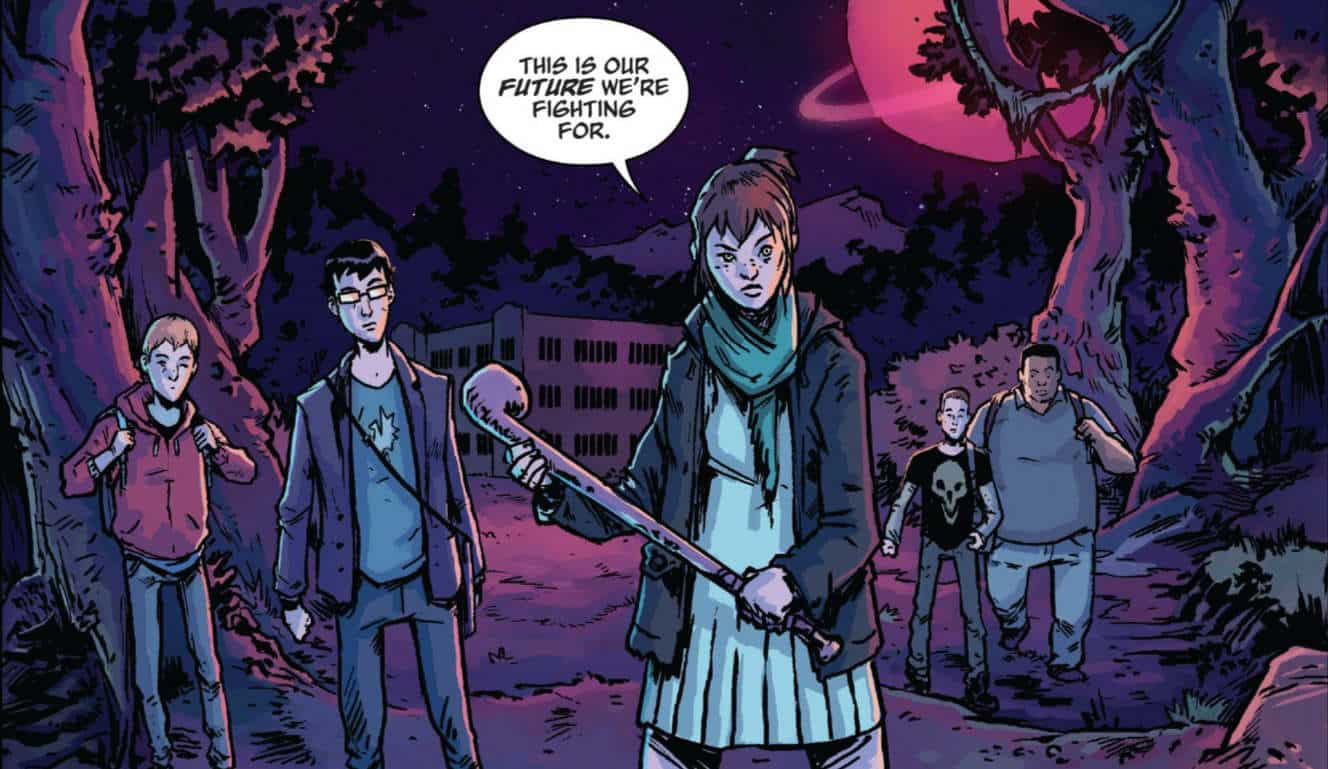 Before they can even start to ask where they are or why this has happened, they need to figure out how to survive, not just on this new alien planet but also to survive each other.

When I first started reading The Woods, I planned to use it as a sort of palate cleanser between comics, just read a page here and there when I get the time, and I’m in the mood. Instead, I found myself at 3 ‘o clock in the morning with a slightly twitchy eye, still reading it, just needing to know what was going to happen next.

I love comics that leave me feeling intrigued, and that was me all the way through The Woods. I’m really happy to have only started reading it now that the whole story is finished and done because having to wait for more issues would have killed my soul just a little bit. 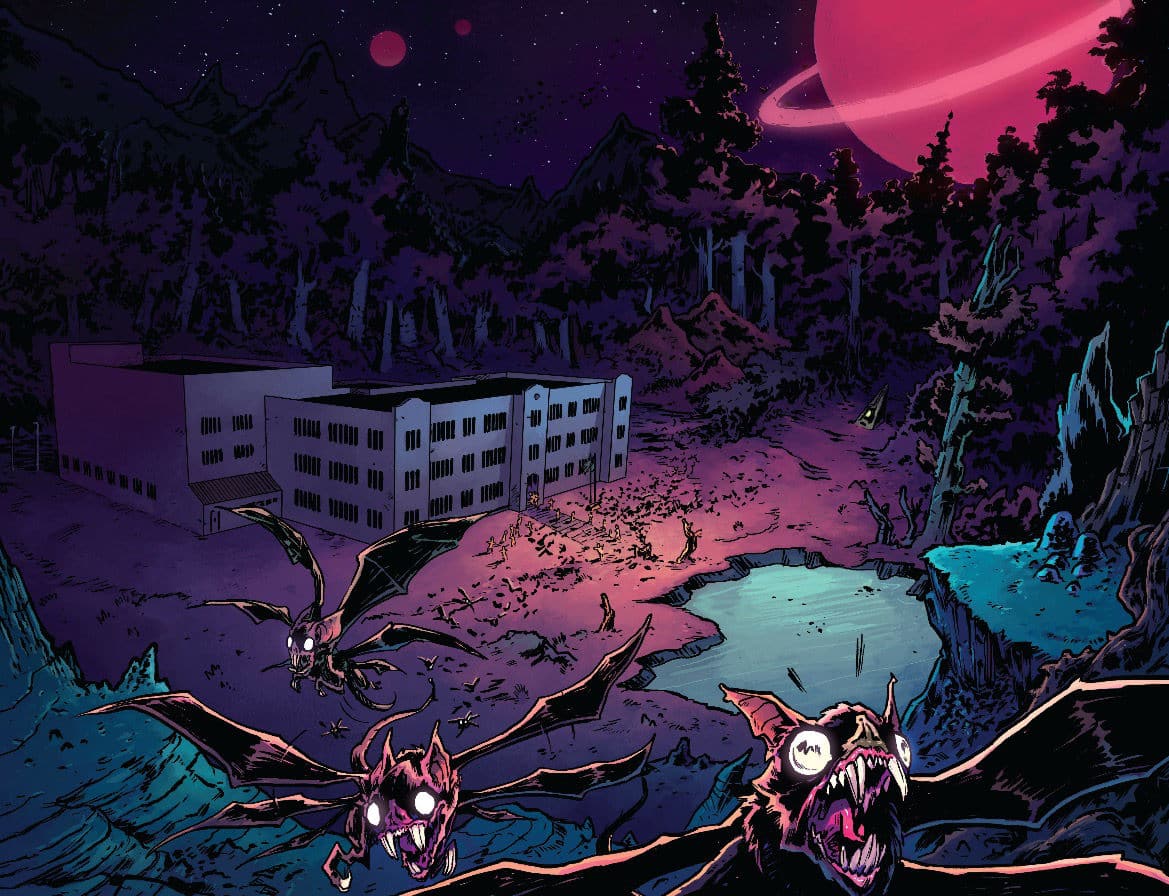 The Woods also boasts some of my favourite art and colour pallets of any series in recent memory. It just works together with the story to create such atmosphere and feeling on each and every page.

I wasn’t expecting to love The Woods as much as I did because I generally don’t enjoy Sci-fi, it’s just not a genre that really speaks to me, but The Woods is definitely an exception to the rule. The Woods manages to capture all the same feelings of impending dread, doom and internal conflict that I get when reading a Stephen King novel – and who can say no to that?

Want to grab The Woods for yourself? Head over to Critters and Comics. The series is currently available in the following formats: Digital; Single Issues (36 Issues); Trade Paperbacks (9 Books) or as Year Book Editions (3 Books). You can also save 20% off all IN-STOCK items until 1 July 2021. Use JustInTheGlitchOfTime at checkout*. *Only applicable on orders above R300.