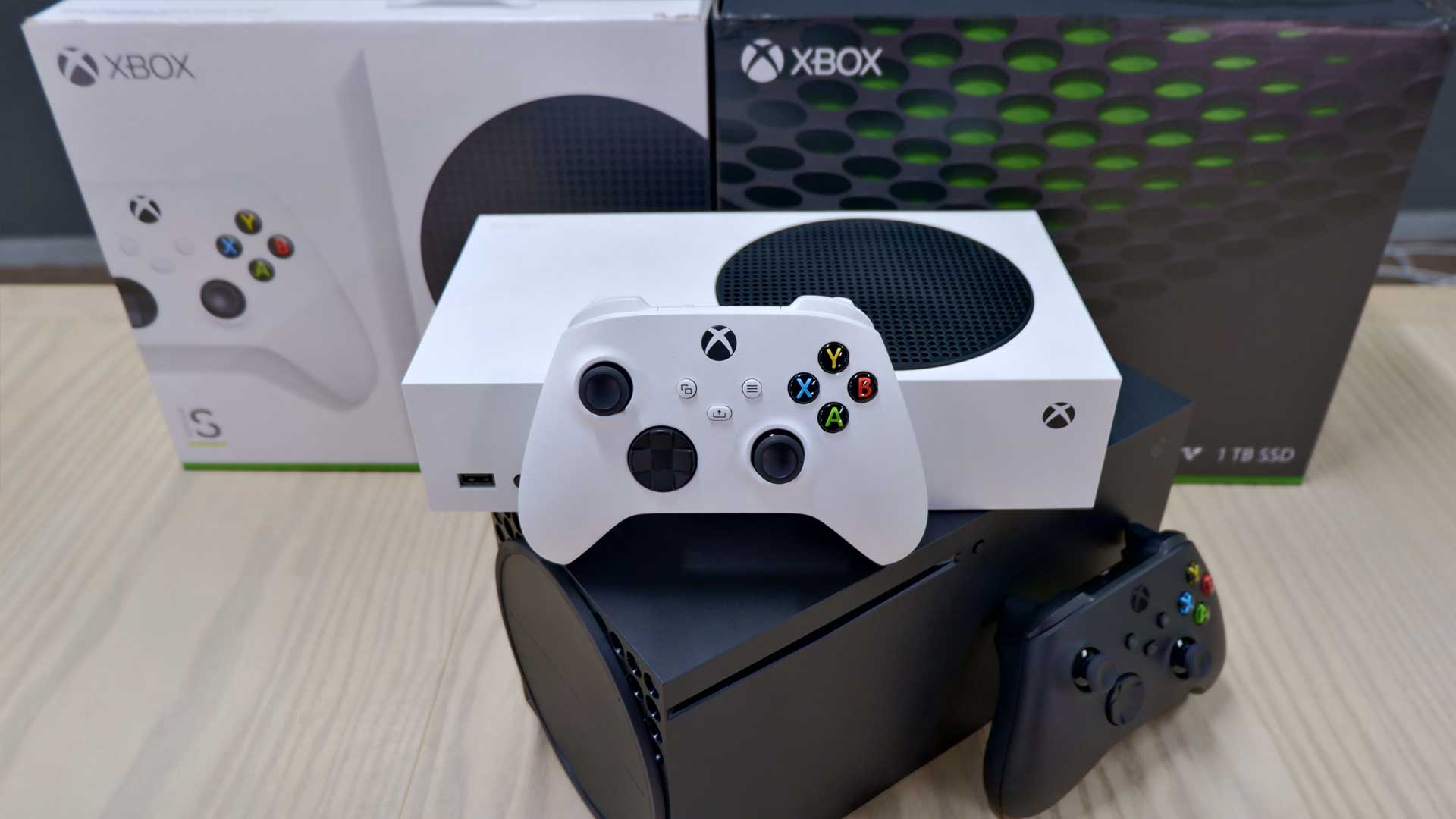 We have the Xbox Series X and S in our hands and for the past few days, we have been unboxing and reboxing them just because they look so damn pretty. Microsoft surely put a lot of effort into how users are welcomed to their new fancy console and how they deliver the first impressions. Both consoles follow similar unboxing steps which makes them feel like they belong to the same family. Of course, they do but there’s a strong love for hardware here and Microsoft’s passion in how the consoles are presented. The biggest surprise came when I actually held both the Xbox Series X and S in my hands for the first time. Firstly, I could not believe how small the Series S is. It is tiny. Secondly, the Xbox Series X is a fairly large monolith of which carries quite a lot of weight too. So much so that it is hard to believe that a rectangular box of that size can be so heavy.

Watch the full Xbox Series X and S unboxing in stunning 4K down below;

Each box is also unique in its own way. Starting off with the Series S, the green and white box kind of reminded me of the Xbox 360 days. Each site advertises the console’s specs and features. On the back. Microsoft’s biggest pillars of strength detail what drives the console. This includes Xbox Game Pass, Backwards Compatibility, the Velocity Architecture and of course the size. On the front, there’s the storage space, the indication that there’s no disc drive and of course the supported frames-per-second.

When opening the box, it was almost as if the Xbox Gods were presenting me with the console. The S is wrapped in white plastic and wrapped with a Power Your Dreams slip. It is almost elevated in the air thanks to the bottom support. It takes centre stage too as the main attraction here. I don’t know how Microsoft did it but it was sort of like a gift in a cardboard box and I didn’t want to take it ou but I did anyway. 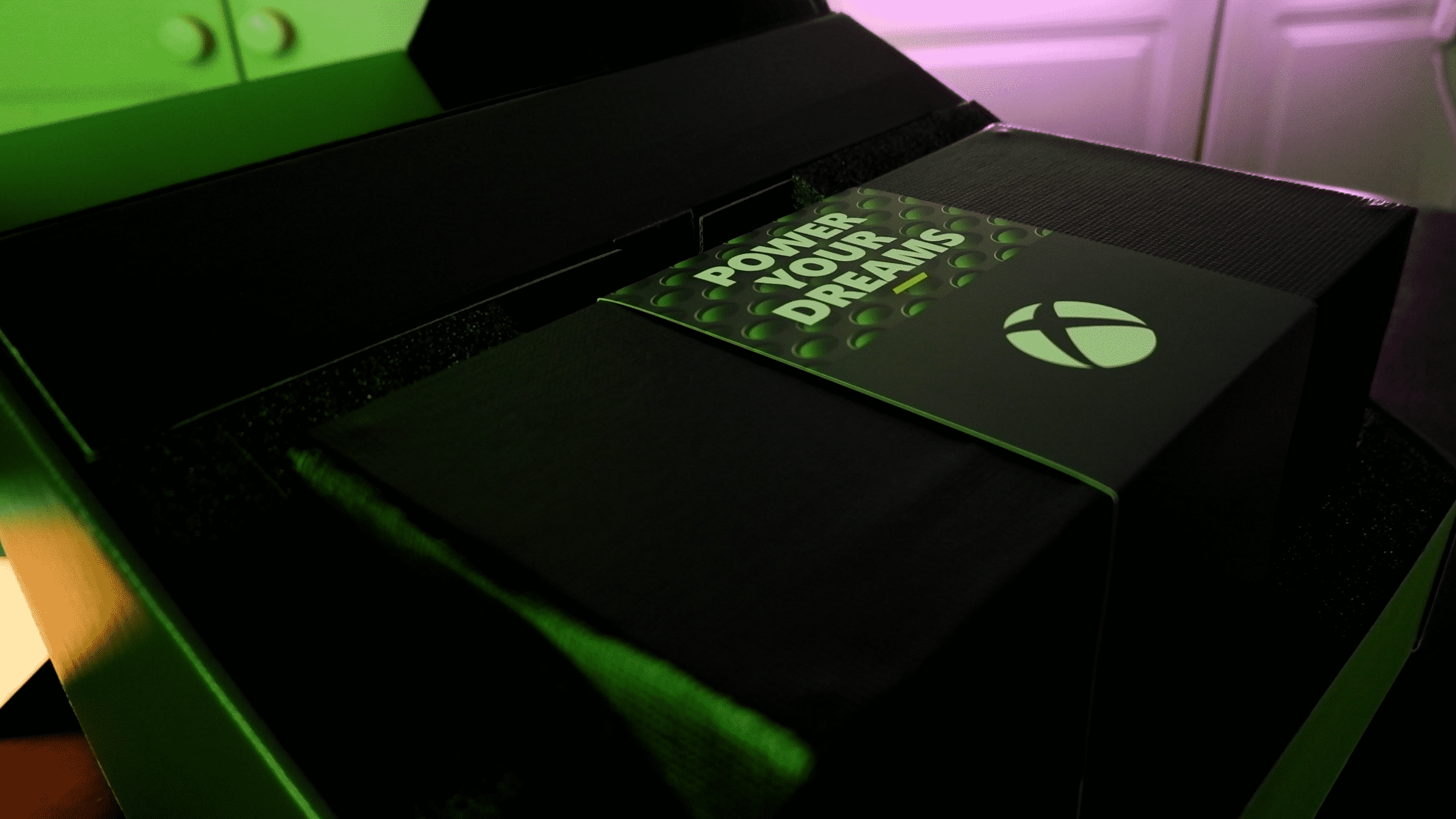 Underneath the console, there’s a “get started” pamphlet. Here you’ll find how to set up the device, where the cables go and how to connect the controller to your console. Situated at the back of the box there’s another compartment that houses the high-speed and HDMI 2.1 capable cord, the power cord, some warranty information and the new Xbox Series S Robotic White controller. Oh, and you’ll get some AA batteries to save yourself the trip to the store.

The first thing I noticed is just how small the Series S is. It is hard to put this into perspective but if you think about the power inside this tiny little white box, it is quite impressive. The top has that record player-like vent that honestly makes the console so iconic. Without it, it would have looked like just another white Xbox One S. On the back, there are all the ports you need including the storage expansion slot, HDMI, USB and power.

The console is simple and clean. The box shape is eye-catching and the vents give it personality. Of course, you can stand it up or lay it flat although I think it looks great standing up, just like the X. 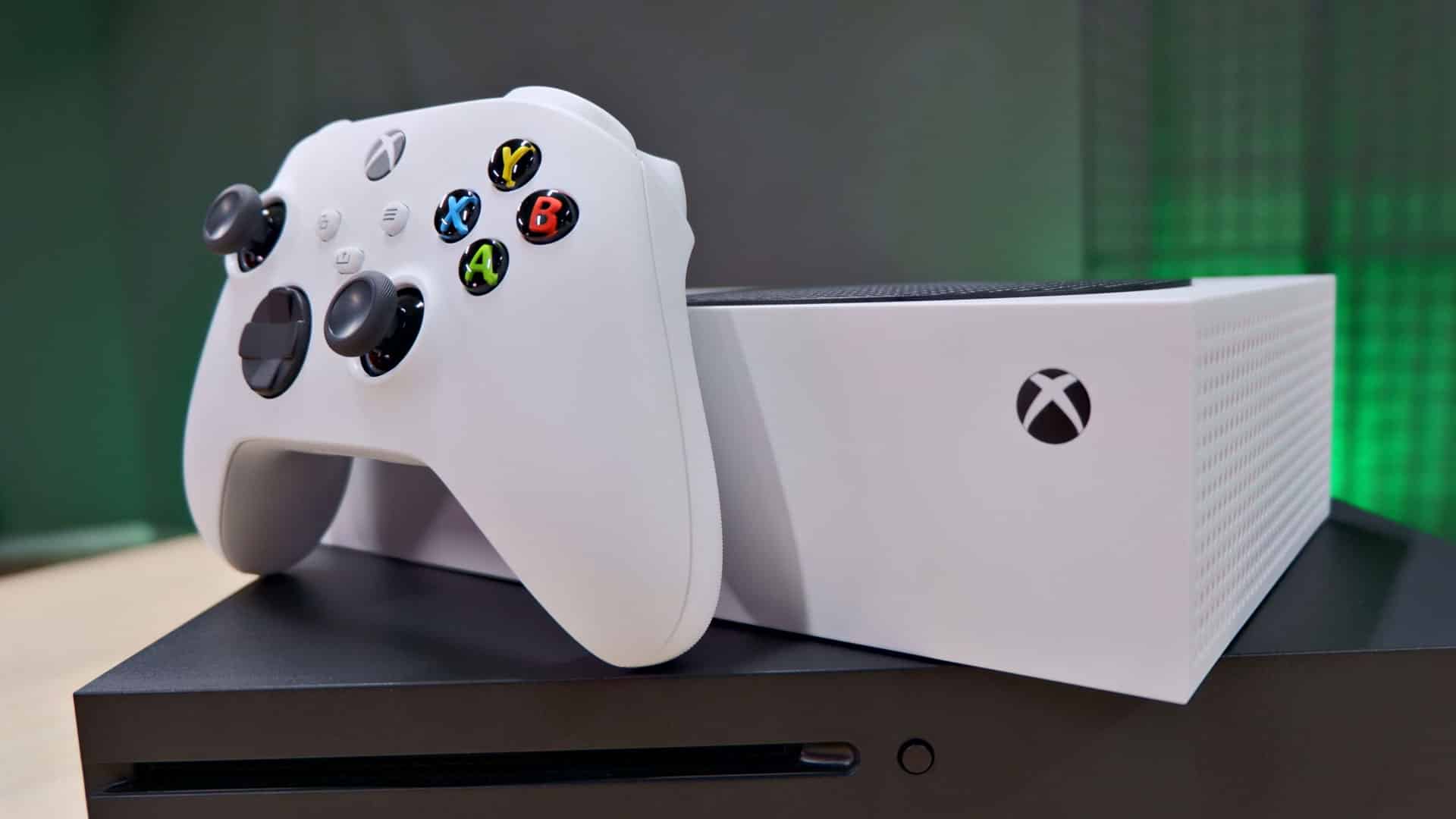 Now onto the Xbox Series X, the box is a lot bigger than the S and sits at almost double the size in comparison. Just like the S, the Series X has a range of important information about the console on the box. This includes the 1TB SSD, its support for 4K 120FPS and the Velocity Architecture. On the back, there’s a massive Master Chief from Halo Infinite and some more information in regards to backwards compatibility, Xbox Game Pass and the console’s description.  There are also some helpful details in regards to the console’s resolution support, storage and HDR enhancements on the flap of the box too.

Just like the Xbox Series S, the X box opens upwards welcoming me to the world of Xbox with a beautifully-wrapped console. The Power Your Dreams slip acted as a sort of ribbon to unwrap the device as I glanced at my first ever real-life Xbox Series X for the first time. After pulling the wrapping off, I could finally say I have seen one and felt what it feels like.

Sure, you see photos online but holding the X in your hands is a different story. It is heavy and feels like a plastic brick. It is also super clean on all front sides keeping all the vents to the bottom and the top of the console. The top or right-hand if you are mad enough to stand this on its side bevels inwards and features a green plastic tint. I until about July this year I thought this part of the console actually lit up with a green light. It does not but would have been pretty awesome if it did.

You cannot remove the bottom stand and there are four rubber feet on the one side in case you want to lay it down. On the back, there are all the ports you’ll need to work the console including HDMI, the storage expansion slot and power cable. The Xbox Series X console is quite an object to behold especially when compared to the S. It is thick and bulky and somehow it works. You instantly know it is the Series X even though there’s very little branding on it. The same goes for the S.

I know it is a lot to go on about for an unboxing but it really is one of the first times I have had an experience like this. It was something I will never forget.