A big part of the reason I haven’t really clicked with the show is just that I never really connected with the characters. I mean, they’re okay, I guess, but outside of The Avengers, I just didn’t know that much about them or their stories. So in order to right this cosmic wrong, I’ve spent the last few weeks doing my research, doing my reading, and I’m happy to report that now I’m going to have even less money at the end of the month because surprise, surprise, I’ve become a fan, and as such I need to grow my comic collection by an issue… or two… or ten…

The Death of Captain America 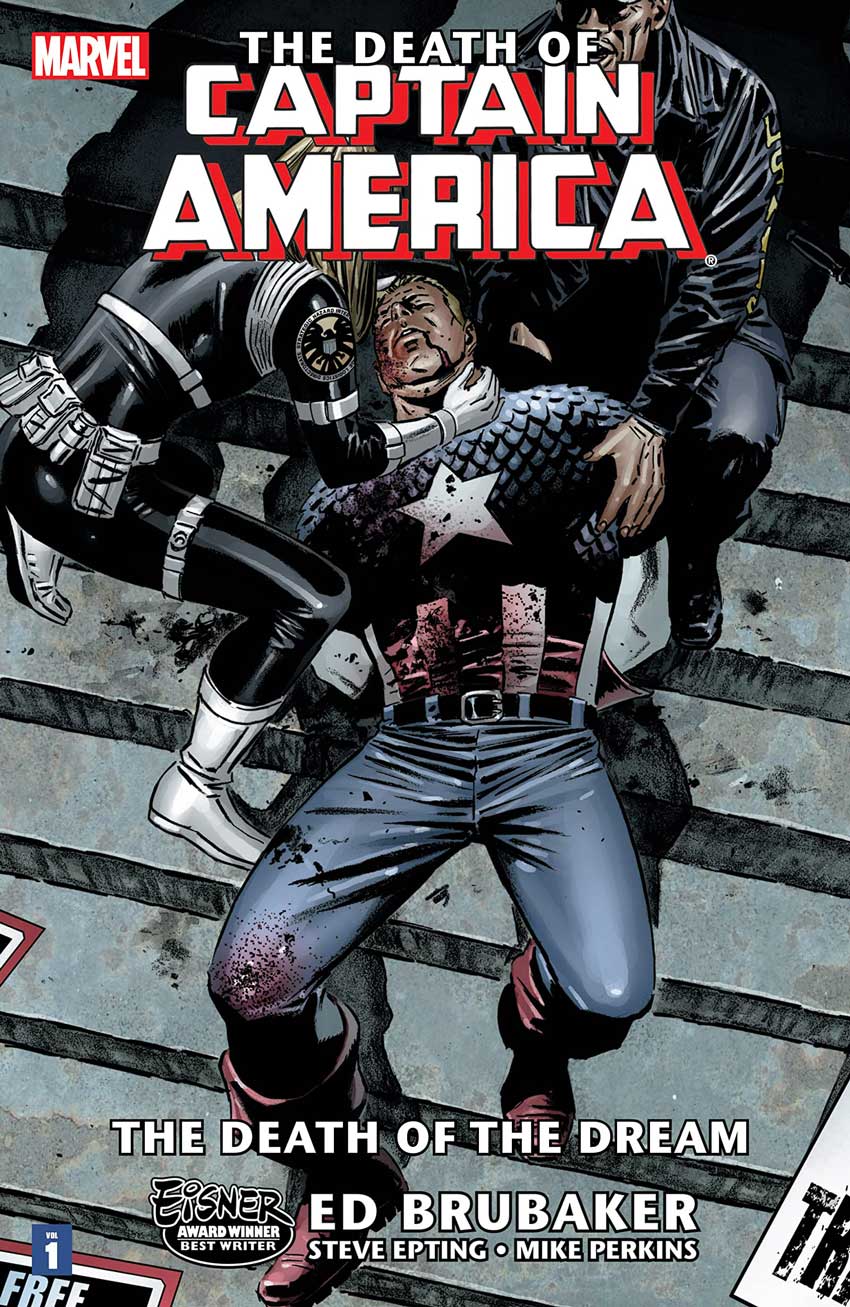 It’s action-packed, emotional, and it’s one of the most intriguing superhero comics you’ll read. The Death of Captain America starts off in the aftermath of Civil War. Cap is taken into S.H.I.E.L.D custody, where he is assassinated by none other than Sharon Carter (Agent 13), his girlfriend.

In the aftermath of Captain America’s death, Iron Man and Black Widow try to hunt down his murderers while his longtime partner, Falcon, sets out for revenge. We also have a new hero step up and take the mantle, becoming the new Captain America, none other than Bucky Barnes, aka the Winter Soldier.

Want to pick up The Death of Captain America for yourself? The series is currently available in the following formats: Digital; Trade Paperbacks (3 Books) or as a single Omnibus. 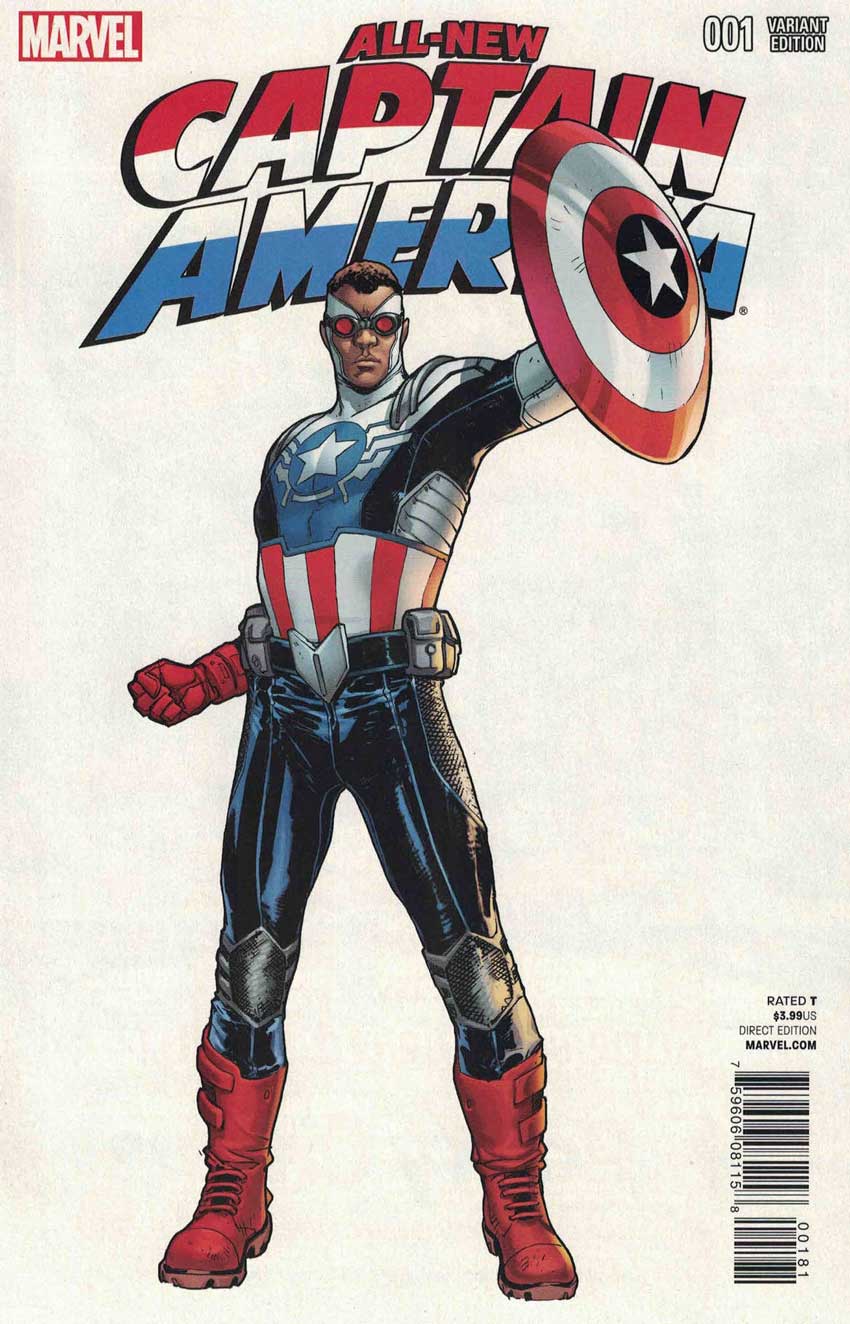 It’s a well-drawn story about the importance of standing together, it’s also a controversial one that people either love or really, really hate. We start off, and Sam Wilson (Falcon) is the All-New Captain America, fighting alongside Nomad (Ian Rodgers – Steve Rodgers adopted son).  Sam is struggling with his new mantel, and they find themselves once more face to face with Hydra, but this time Hydra has infiltrated society almost completely. The question is why and will they be able to figure it out and stop Hydra before it’s too late.

Want to pick up All-New Captain America for yourself? It’s currently available in the following formats: Digital; Single Issues (6 issues); or as a single Trade Paperback. The two old friends team up for a race against the clock; they need to uncover who the new leader of Hydra is before a mass casualty event can happen. Who is the Natural, and how did he beat them so easily?

Want to pick up Falcon & Winter Soldier for yourself? The entire series is currently available in the following formats: Digital; Single Issues (5 issues) or as a single Trade Paperback.

These three comic series are by no means a definitive list of all the Falcon, Winter Soldier or Captain America comics that you should read, but they are a really good starting point, and they do compliment the TV Show beautifully.

So if you’re like me and you’ve never really invested in these characters before or even if you’re an existing fan just looking for something new to read, then I hope you enjoy these as much as I did.

Those interested in grabbing a few of these comics for themselves can head over to Critters and Comics – You can also get a 20% discount on your next comic book purchase (including variants, TPs, and Hardcovers) over R250 by using the code “GlitchedComic20” at checkout… also, the code can be used more than once… just saying😉

PrevPreviousNext Bioshock Could Be Open World According to Job Listing
NextPS5 Firmware Update Adds External Storage Support For PS5 Games, Social Features and MoreNext
Features | Three Comics That Made Me Appreciate The Falcon and the Winter Soldier Show