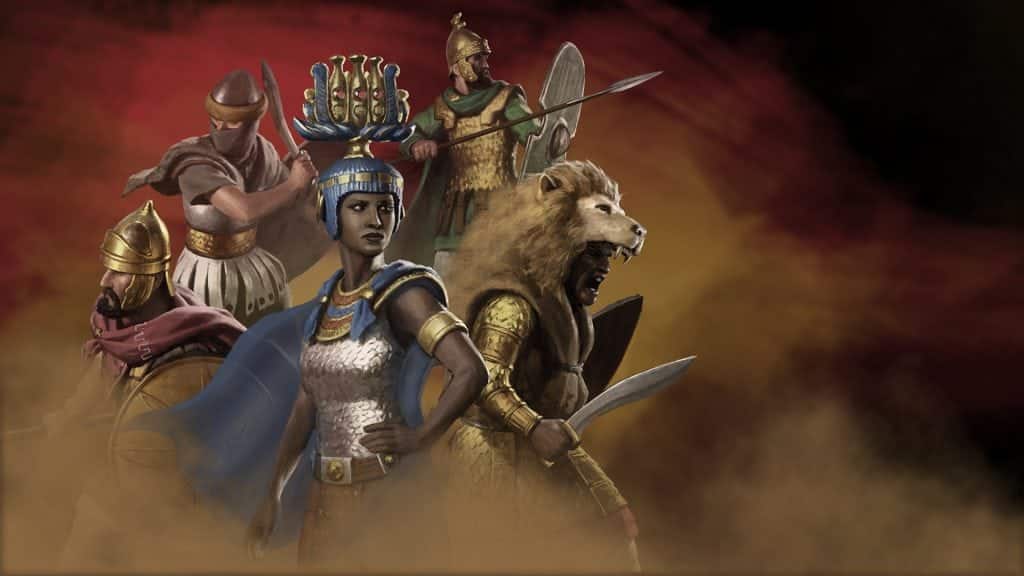 Total War Rome 2 released in September 2013, and since then, it collected almost 22 000 “Mostly Positive” Steam reviews. Since September 24, Steam users have bombarded the game with “Mostly Negative” reviews (currently at 1255). The reason for the spike in negative reviews stems from the belief that the developer, Creative Assembly, is forcing players to make 50% of their generals, female.

Last month, one “erick” posted the image shown below, with the statement that players have to make half of their generals, female, and that in a game that is supposed to be historically accurate. What followed was a string of negative reviews, personal attacks against a forum moderator, and unfounded accusations.

I have no problem with fans demanding a certain level of historical accuracy in a video game. I’ve discussed this issue before with the Battlefield V controversy, as well as in “Are high gamer expectations ruining gaming?” What I do have a problem with, is when someone deliberately spreads false information. 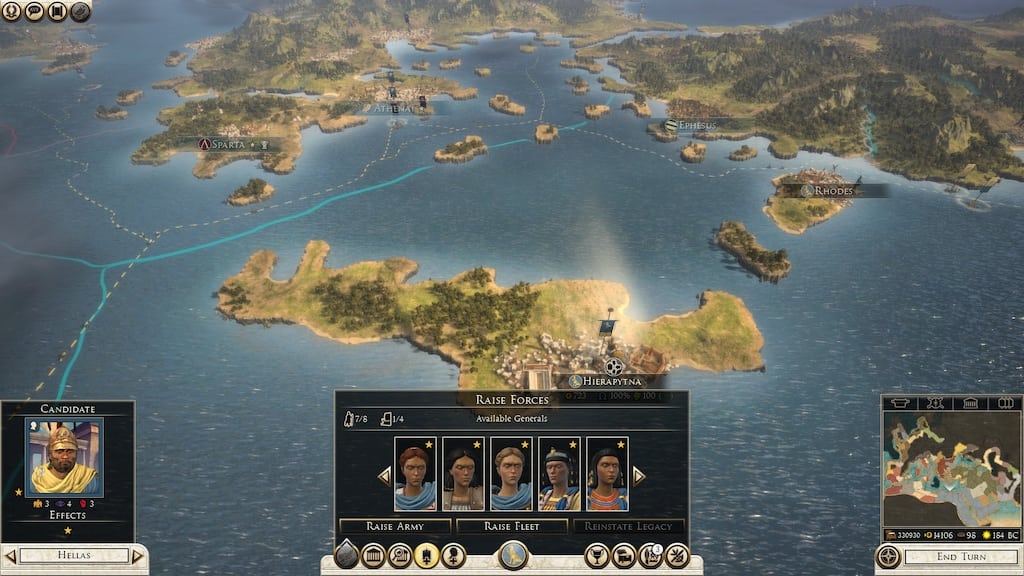 Let’s backtrack to get some perspective on the issue. On 20 March, Creative Assembly released an update that included among other things, female leaders. Below is a section from the patch notes as stated on the Total Rome blog page.

It is important to note that Creative Assembly included female characters six months ago, while the review bombing only started a few days ago. Up to then, Total War Rome 2 received thousands of positive user reviews.

Secondly, the accusation that players have to make 50% of their generals female is incorrect. Creative Assembly released an official statement, explaining that they didn’t make any changes in the female general spawn rate. Also, there is only a 10-15% chance of a female general spawning! Creative Assembly explained to Eurogamer that some factions even have a 0% spawn rate.

Female characters appear throughout the game, but have between a 10 to 15 percent chance of appearing as recruitable generals for some of the playable factions. The exceptions are the Greek States, Rome, Carthage and some Eastern factions, which have a 0 percent chance, and Kush which has a 50 percent chance. This is to broadly represent the cultural differences in those factions during the time the game is set.

Furthermore, players also have the option to change the female leader spawn rates with the use of mods.

One response from Creative Assembly that fuel the fire, stated that “Total War games are historically authentic, not historically accurate.” Many reacted to the statement, saying that it is the same thing. Again, I understand the expectation from fans of a series like Total Rome that there be a high level of “authenticity.” Forcing any type of character into a game where it clearly doesn’t fit is not a wise decision.

That being said, what I do not agree with is that after six months of playing Total War Rome 2 with the female update, it is now suddenly an issue. The credibility of the complaint is also in question when you look at the spawn rate and the fact that it has been unchanged for six months.

People play video games for different reasons, and it is no easy task for a developer to navigate through all these expectations. What they don’t deserve is a stunt pulled by someone who has an agenda. 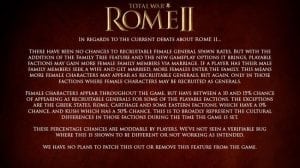