BT Games in partnership with Prima Interactive are currently running a cool promotion in South Africa where gamers can trade in their old Xbox One consoles and get up to R2,000 off a purchase on a new Xbox Series S console. This trade-in promotion also comes with all the bells and whistles of the already-ongoing console bundle.

At the moment, South Africans can get an Xbox Series S with 3 months of Game Pass Ultimate bundles together. If you trade in your old Xbox One, this bundle only costs R4,999.

If you don’t want to purchase the console with cold cash, Standard Bank has teamed up with BT Games and Prima Interactive to offer a 0% interest repayment on all credit card purchases for both consoles. This means you can take the Xbox Series S for R4,999 after trading in your old Xbox One, pay for it over 24 months using your Standard Bank card and pay zero interest in the end. So this works out to: 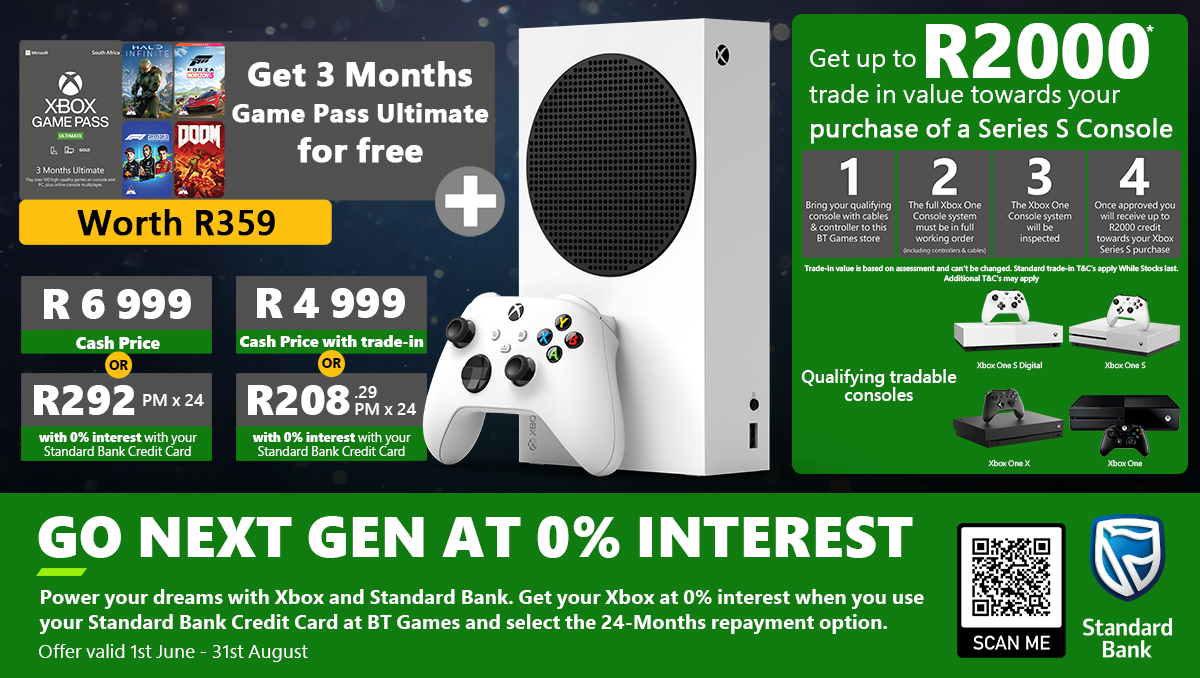 If your eyes are on the Xbox Series X, the console currently comes with a full year of Game Pass Ultimate valued at R1,436 and an extra 3-month Game Pass Ultimate. The console price still remains at the incredible R11,999 and is also included in the Standard Bank 0% interest promotion. So this works out to: 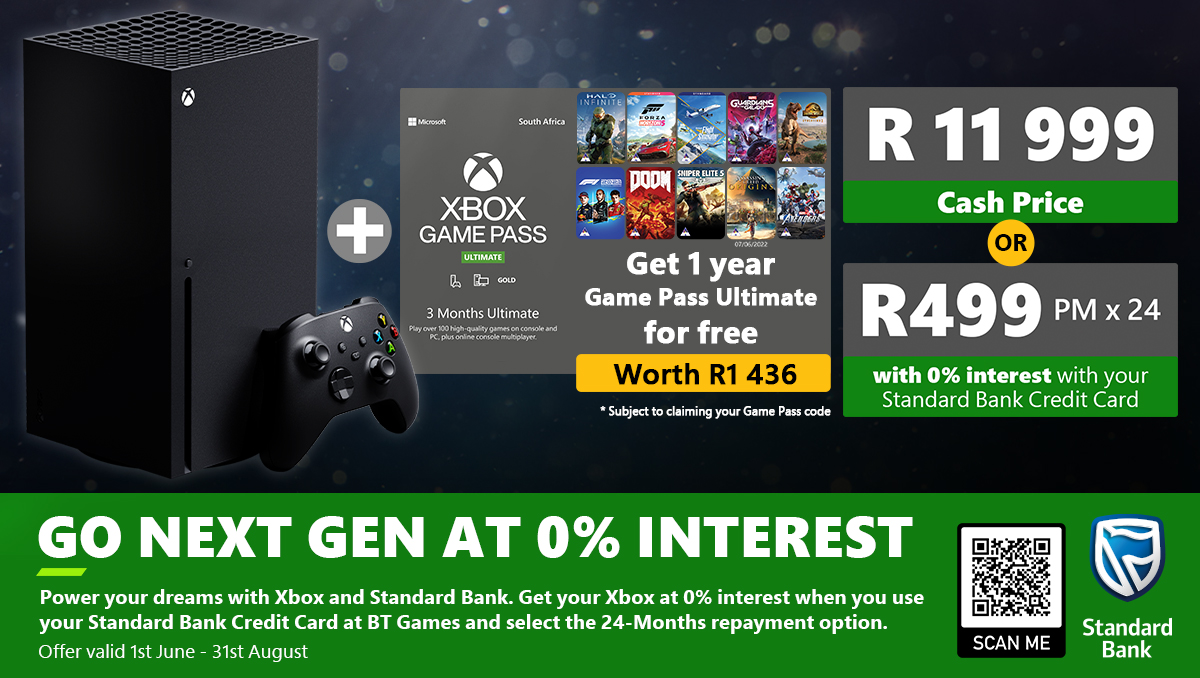 This special promotion is currently running from 1 June 2022 up until 31 August 2022. If you are interested in the interest-free purchase, be sure to contact Standard Bank to see if you qualify for the credit facility. I have been told new accounts are also legible for these purchases.  Visit BT games for more information on these bundles here.

Street Fighter 6 Gameplay Breakdown – Everything You Need to Know