The Trials series has been known for its over-the-top off-road bike action and Trials Rising is no different. It is one of the very few motorsport games I enjoyed mainly because of its pick-up-and-play ease of access and its arcade feel.

Trials Rising takes that same great gameplay and sets you off on an adventure across the globe as you perform tricks, race other ghost players and try and survive the harsh life of being an action bike performer. You will die over and over again as you try and perfect that perfect front flip land, time that perfect ramp across lava, and master the tricky weight system that sees you tilt forward and back and move your position on the bike for the perfect ramp. 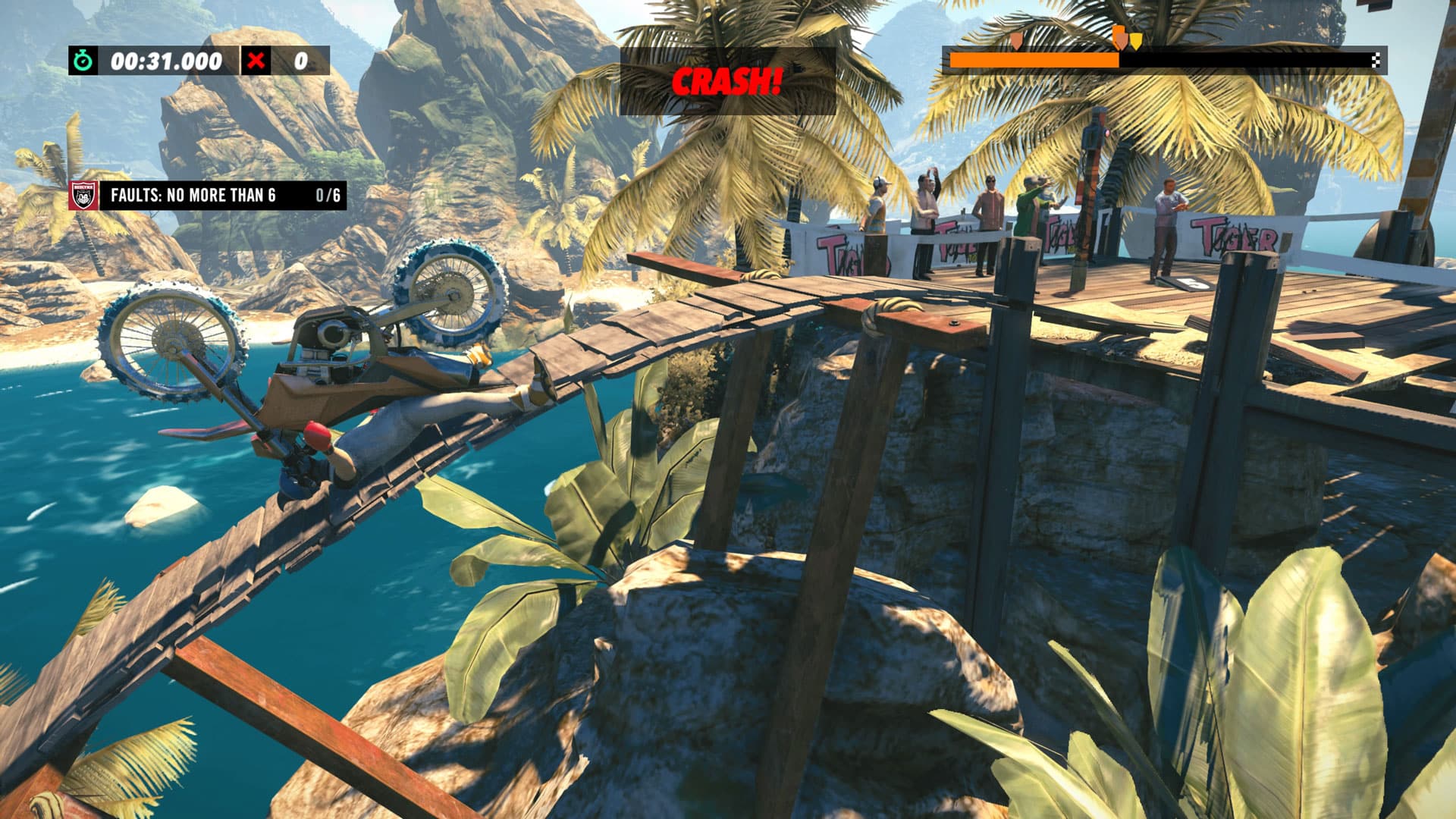 Trials Rising does not bring anything majorly new to the table when it comes to the game’s mechanics and gameplay. The usual takes place; you start at one point and need to get to the end as fast as possible, try not to CRASH! and manoeuvre through the various challenges that the game throws at you. Be this a windmill that you have to ride up or dodging an oncoming train.

As the game takes you across the globe, all the levels you enter have a pretty unique look, feel and experience to them. Even after I unlocked everything, I still went back to try and get the gold medal on the hardest stages and I remembered them quite clearly. Ubisoft has managed to design every level as unique as possible with a memorable experience throughout. 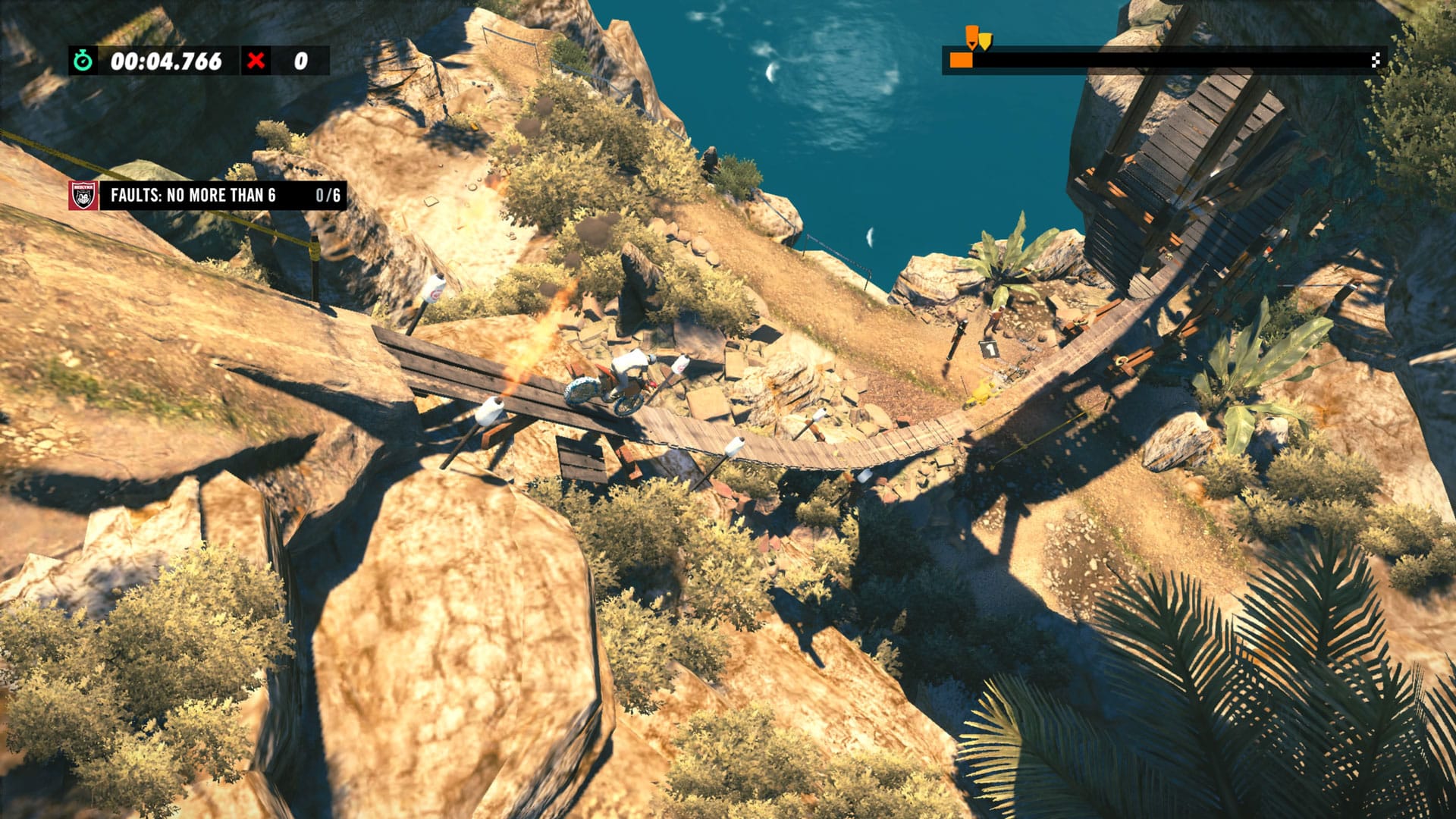 Each stage takes you to a landmark-like location in that country. Be it a cheap knock off of Disney World, a mine in Canada somewhere or even a Hollywood set they all manage to sort of bring the location to life even if the assets and locations seem a bit off. Some of them had my hands sweating as they tested every inch of my action bike skill and the game is hard, there is no getting around that fact. 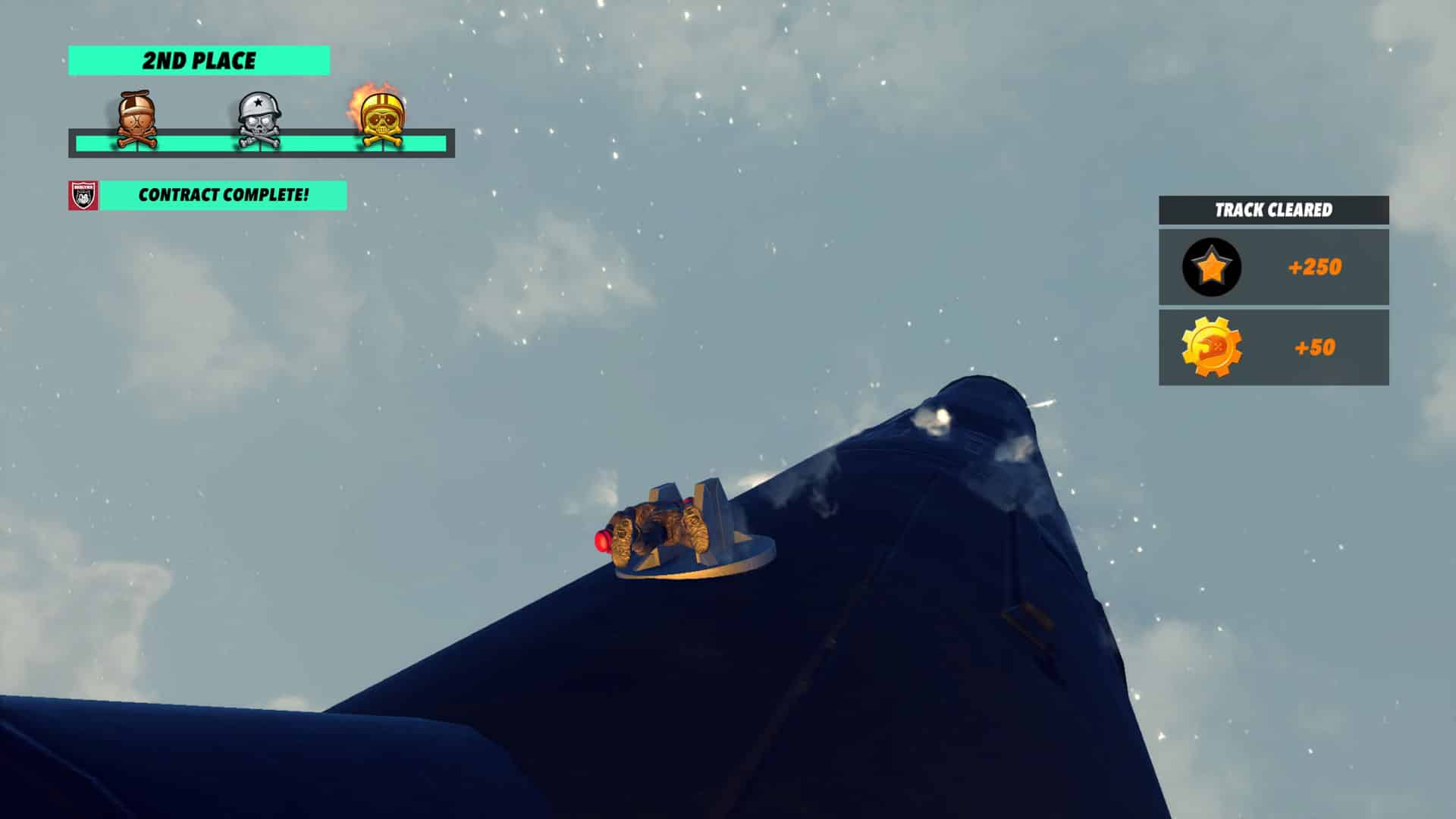 One small hiccup and you will most likely go flying into a wall, land on your back or hit your head on a plank because you accelerated too fast. We then have the weight management which is extremely tricky to master. Leaning forward helps you accelerate up ramps and hills. If you lean forward while driving down a hill you will flip forward and crash. Leaning back when going up a hill and you will flip backwards and crash too.

This weight system has been iconic in the series for a while now and it not only makes things harder but adds a satisfying level of detail to the gameplay. Timing a lean back as soon as you land on a downhill ramp and you will notice a faster land resulting in speedier movement. Leaning forward up a hill and you will gain more control over your ramp and save yourself from an accident. All this combines with the tricky environments and the addictive gameplay to deliver a fantastic, yet challenging experience that we know and love from the Trials series. Some stages had me resetting at least forty times before mastering it but it was worth it. The more you die, the more you learn and level up your own ability to perfect the game’s mechanics.

Every now and then a new challenge approaches throughout the campaign where you will have to compete in a knockout-like race where eight NPCs will race across a stadium to the finish line and in the end, you and the final racer will have a showdown to see who is the ultimate winner. These races were not particularly hard at all and some of them were very easy but they were a nice break from the other levels. 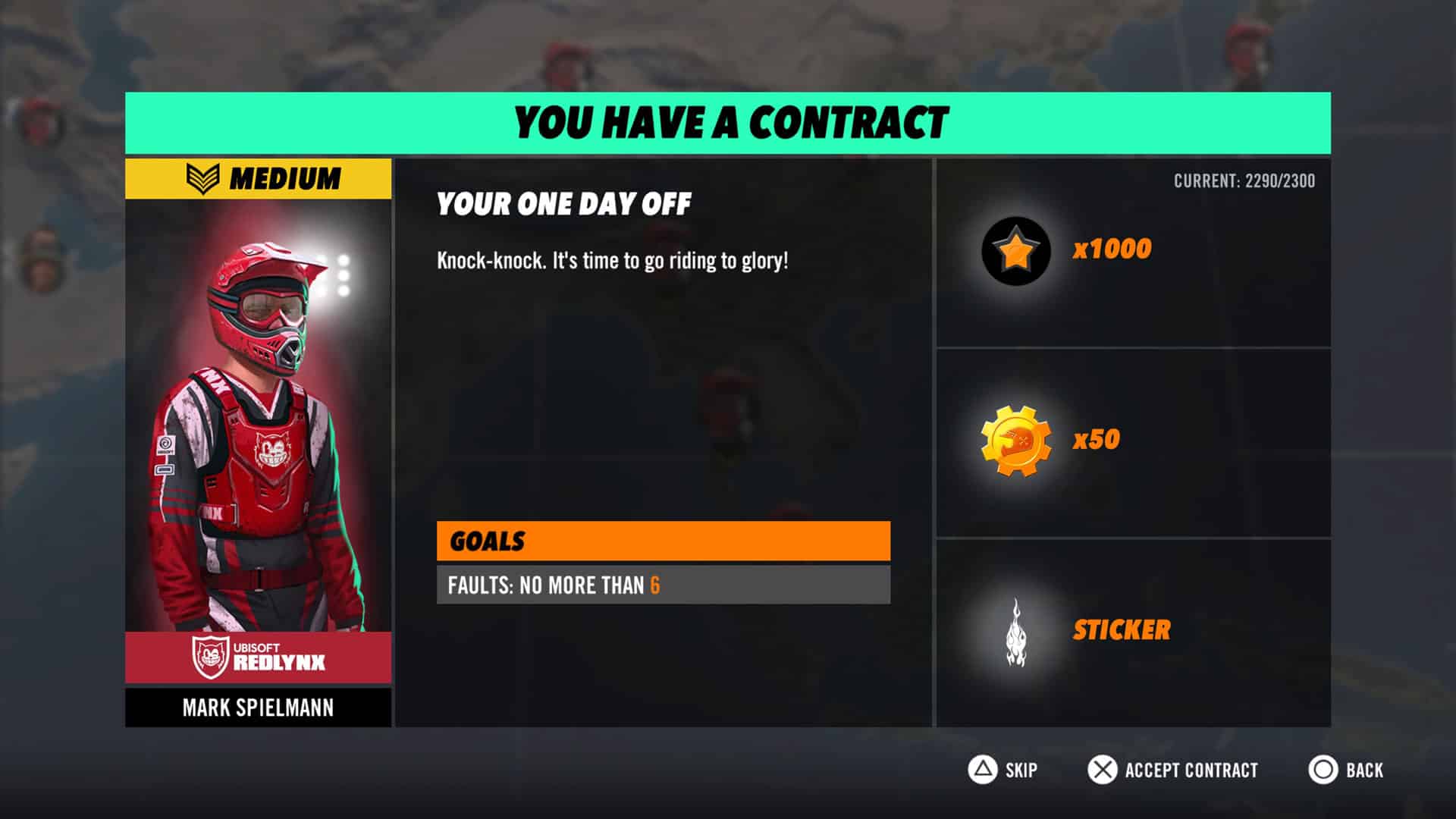 Stages also feature Contract Objectives to complete such as beating another ghost timer, getting less than a specific amount of faults or finishing in under a specific amount of time. None of these was actually important at all because as long as you are fighting for the gold medal, you will most likely get the secondary objective done.

Getting a gold medal simply means beating the level in a set amount of time or as fast as possible. This means you cannot crash and reset at a checkpoint or mess up. It also means that the secondary objects are covered under these conditions too. 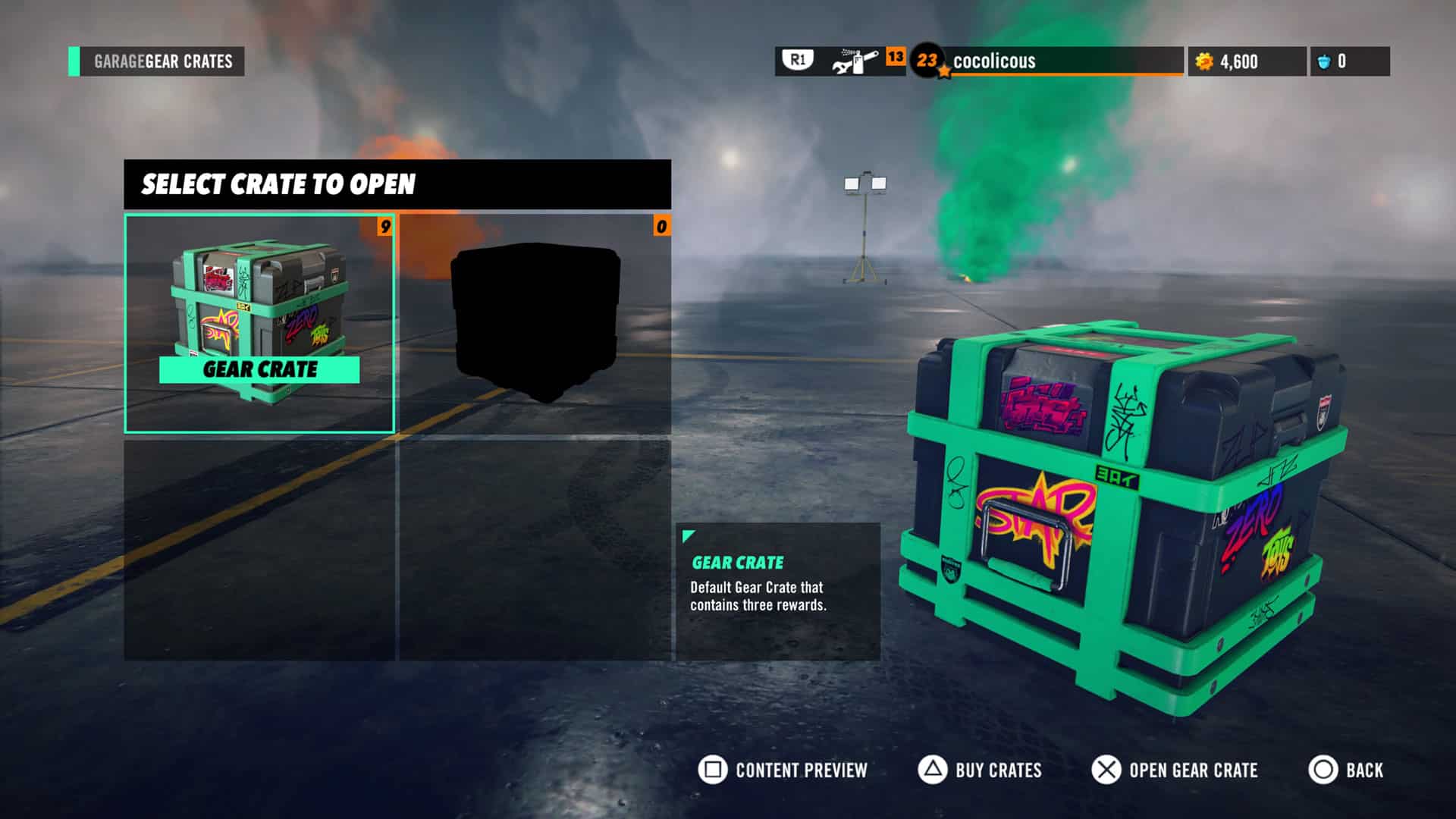 Trials Rising features an avatar system that lets you customize your driver and bike with cosmetics you get from gear crates (loot boxes). These boxes are easily obtainable at the start of the game as you level up your driver rank but they get harder as the game progresses. The loot box system is shallow and a waste of time. With hundreds of boring stickers padding the drops and preventing you from earning actual cosmetic items, it feels like they are trying to milk the situation.

Yes, you can buy loot boxes but only with in-game currency and not with real money. You can, however, also purchase the actual cosmetics using Acorns. The stickers really do fill up the drop rates which will only result in a bad gamble. 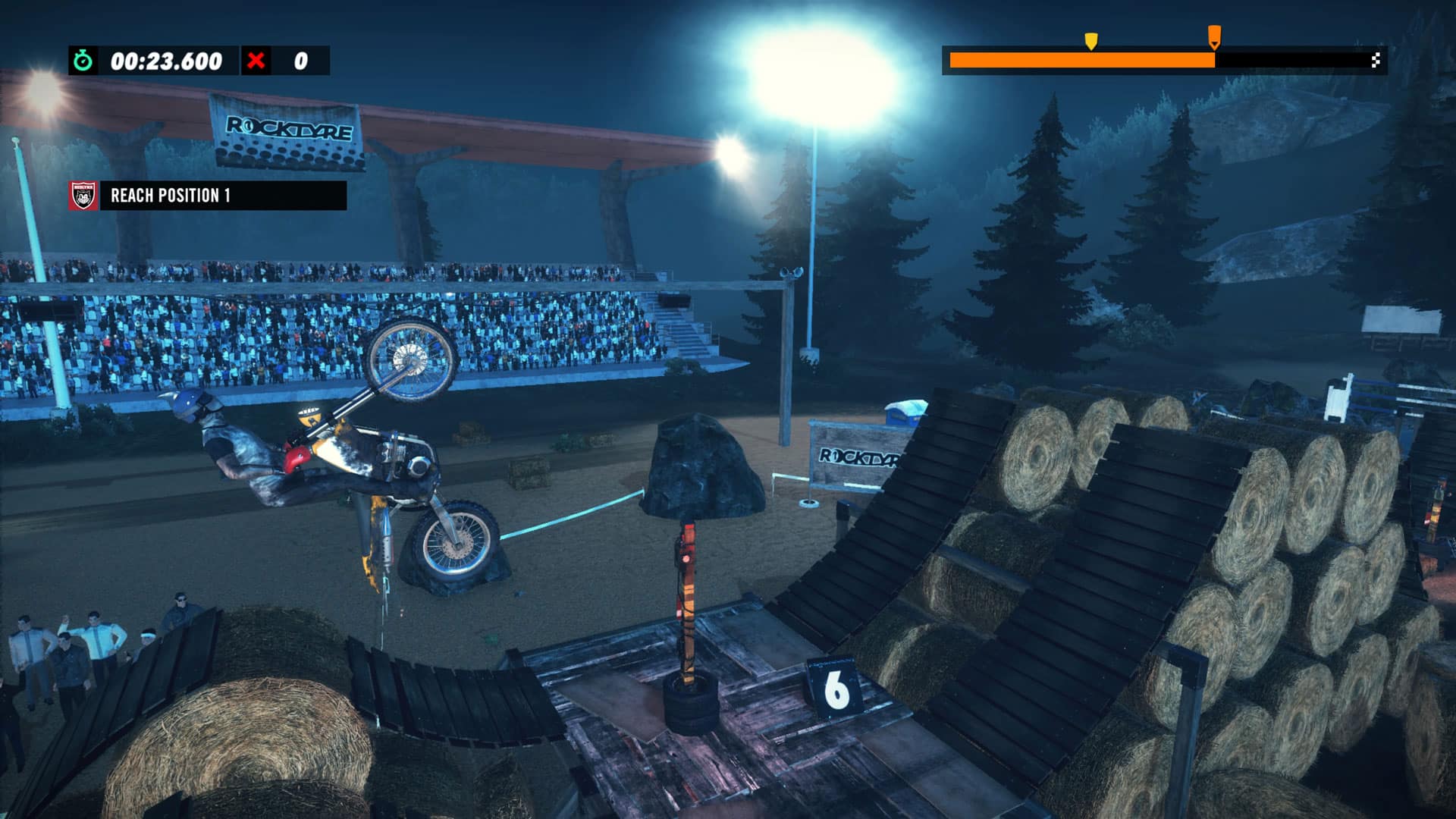 Other than the horrendous use of loot boxes, Trials Rising is a fantastic game. It is very much the same as the past experiences but the level design and new small details such as the contracts and stadium races, add a little something extra to do when you are not crashing into a wall. It is hard, you will scream as you reset the level a couple of time but there is a lot of fun to be had here.