We recently talked about the five types of annoying games that you definitely do not want to run into in a multiplayer match, but probably have over and over again. Then, sometimes, you get those players who can only be described as heroes of multiplayer games. Today, we celebrate those unsung heroes who rarely get the credit they deserve.

Not all heroes wear capes and they don’t have to be superstar professional players in a game to be considered a hero by the players they play with. Check out the five unsung heroes of multiplayer games below. Maybe, just maybe, you or one of your friends even fall into one of the categories.

Sacrifice and for the greater good of the team is the Selfless One’s motto in life and it shows in ever match this type of player joins. In this day and age, gamers in multiplayer matches tend to be extremely selfish, especially if they are playing in a random matchmaking queue with those they might never play with again. Once in a while, however, you find someone who helps others even at the expense of, for example, their own kill/death ratio so the team can win.

This type of player doesn’t just help others when they fill, for example, a support role in Dota 2. Instead, this is the type of gamer who goes out of their way to buy wards and couriers even if they fill a core role and their team is struggling. 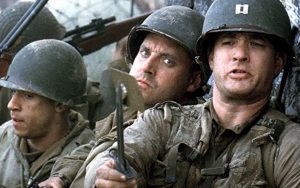 You will also, very rarely, see the Selfless One holding a position for their team in a shooter, even if that means they won’t see a lot of action or get kills. Then, we also see players sacrifice themselves for their squad so their strongest players don’t have to take a bullet. Thank you, Selfless One, for helping your team succeed at your own expense.

There aren’t many gamers out there who have the knowledge and patience to teach others, especially when some newbies take offence to any help offered. However, that doesn’t stop the Born Teachers to do their best to help those new players out by teaching them item builds, boss fight mechanics, positioning and more. Yes, sometimes this type of player in multiplayer games might seem annoying but they have the best interest of others at heart.

Teaching someone the best ways to play is a thankless exercise at times which is probably why we don’t often meet these types of gamers who are born to teach and mentor. However, when you do meet one, try to listen and learn from these experienced players. A player who really and truly sets out to teach new gamers how to perform well in multiplayer games also needs patience, which brings us to our next type of gamer. Therefore, these two types of gamers might not be mutually exclusive.

Patience is a virtual that very few people possess and even fewer still when playing multiplayer games. Many teammates and opponents can get extremely annoying, or they can be slow to react to what is going on in multiplayer games.

It takes a special type of person to have enough patience to stay calm and continue to help their teammates under difficult circumstances.

One of the best examples of patience I have seen is when an enemy player disconnects and one or two people on the opposite team agree to wait for the player to reconnect. Mostly, you see people spamming that unpause button because they do not care about others, but those with admirable patience wait for their enemy to reconnect to make things fair.

Players with a lot of patience should be commended and you can see them leading their teams to victory even against the odds with others that really do go out of their way sometimes to test that virtuous patience. These are the Mr Miyagi’s of online gaming.

Things can escalate quickly in multiplayer games as gamers can sometimes break out into one big fight about the smallest of things. One of the players that really fly under the radar and almost never get celebrated for their efforts are those diffusal experts. These types of players found rarely in multiplayer games tend to step in and try to calm others down, even at their own expense.

It is one of the toughest jobs there is but if a diffusal expert is successful it means that a match can continue as normal. Unfortunately, these types of players can also take a lot of hate directed at them when they try to calm the rest of the players down and use logic to defuse the situation. It goes without saying that this type of player is an unsung hero and honestly, they never get the recognition they well and truly deserve. 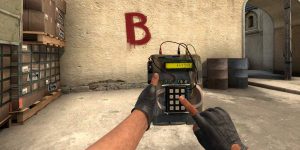 There’s nothing like meeting and playing with a great leader in some multiplayer games. Leadership isn’t for everyone, that you can be 100% sure of. However, some people are just born leaders and they can lift up an entire team, carrying them to victory. These leaders do not even have to be the most skilled player in the match, but instead, they use their vast communication skills to help their team succeed.

Having a great leader is something you don’t get too often if you queue for a multiplayer game without friends who are already leaders. Instead, you would mostly find that all other players are just about themselves and their scores. Leadership isn’t just something anyone can pick up and learn easily either and it takes so much patience that these players are an extremely rare breed. Sure, you can lead by screaming at people, but taking a strong yet friendly approach and sticking with it is something very few people can accomplish.

What other types of players would you consider heroes of multiplayer games that you have run into? Share your stories with us and give these great players some credit in the comment section below.