South Africa’s biggest gaming and tech expo wrapped up its 17th year this past weekend and there’s no doubt the show is feeling the pressure from Comic Con Africa’s presence in the country. Unfortunately, Comic Con Africa also thinks it’s a gaming and tech expo (which it should be far from) so many South African need to decide which one to attend. rAge is not a cheap trip anymore with a day ticket costing R160, parking R25 and lunch being a good costly amount. Just being there for a day, would set you back R300-R400 after spending roughly the same amount just a few days before at Comic Con Africa.

This year, rAge’s main sponsor was Vodacom which meant the show was basically called “Vodacom rAge 2019”. It also meant new branding was in order and the show’s slick new identity was seen everywhere in Joburg on billboards and signs before the opening day on Friday. I have always loved attending rAge. There’s a special energy that oozes out of the Ticketpro Dome throughout the weekend with everyone crowding around the stand and screaming for a lanyard or lining up to buy the latest FIFA for R200 cheaper than everywhere else. 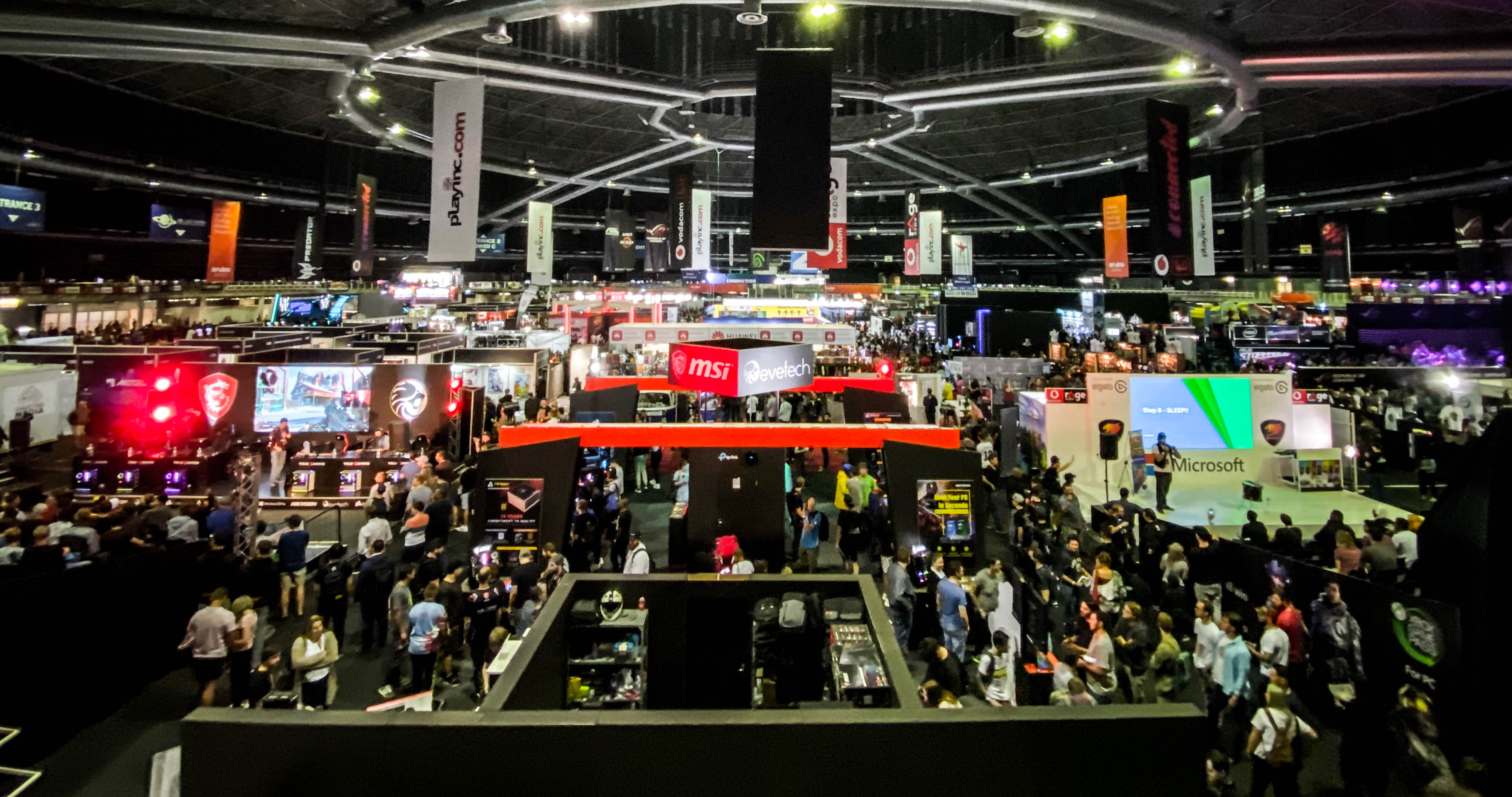 There’s no getting away from the fact that as much as Comic Con Africa is trying to slaughter rAge alive, they failed to deliver a convention with as much energy and production value as Vodacom rAge 2019. From the moment you walk in, you really do escape to “planet rAge”. The showfloor was well-planned out with enough stores and stands scattered around each other to deliver a well-round walkthrough no matter what section you were in.

The esports stand was doing its thing, the stores were selling the usual merchandise, people were lining up to play VR over on the PlayStation stand and the crazy and obscure stands, like a waterless shoe cleaner were doing their on-site demonstrations. Wherever you went, there was something to stop and look at. If it was not the incredible Acer Predator stand that looked like a giant claw, it was the fancy BMW i8 that everyone gawked over.

Every brand brought their best to the show and that is what set Vodacom rAge 2019 apart from Comic Con Africa. It just felt so much more expensive and the stands were well-designed, placed and executed. The brand presence at rAge 2019 was the best yet, something that CCA fails at. There’s more to a show than just fitting way too many stores in a line with narrow corridors and basic branding. Standing at the top of rAge and gazing at the light show and sheer scale of it all combined together, was breathtaking.

Vodacom rAge 2019 had a large focus on the youth of SA this year. The open-to-the-public Fortnite tournaments were full of young gamers testing their skills on some high-end PC as they got to feel like pro gamers. rAge also set up a Streaming Block that features four PCs kitted with the best hardware and a green screen. Throughout the weekend, people could get into one of these blocks, log into Twitch and pretend to be the next Ninja for an hour. 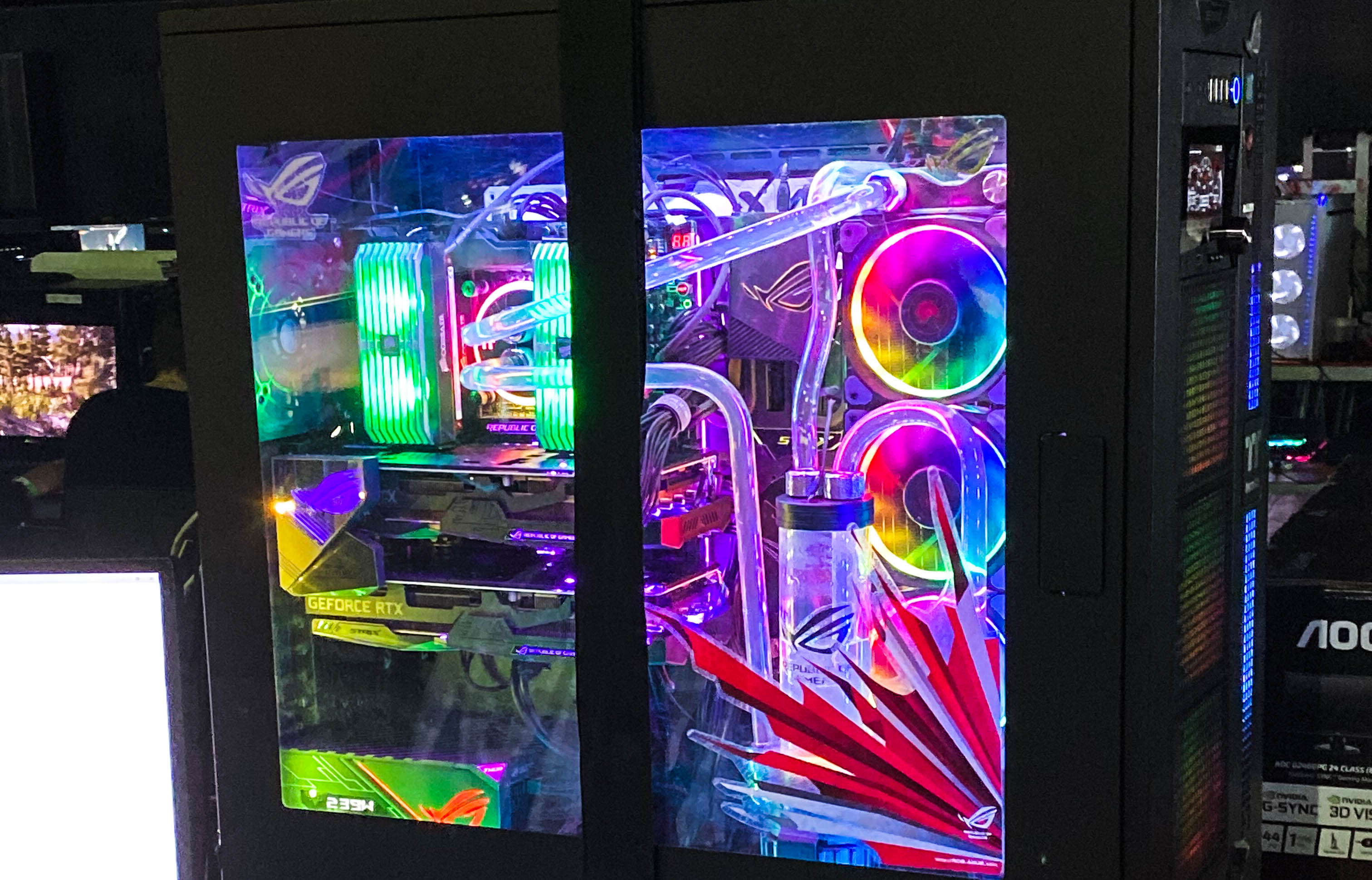 It was a fantastic idea and I saw some young gamers living their best lives with giant grins on their faces as they played a match of Fortnite. I think it was the ability to provide an experience to the kids that don’t have the means to play the games in such a way that brought a tear to my eye.

I had one kid that asked if he could play on the PC and after I set it up he told me he was scared to enter the ATK tournament because he believed he was not as good as the other kids. I encouraged him to give it a go even if that was the case. He would never know if he did not try. I will never forget the smile he had on his face while playing Fortnite on that Streaming Block PC and the joy that it brought to him. 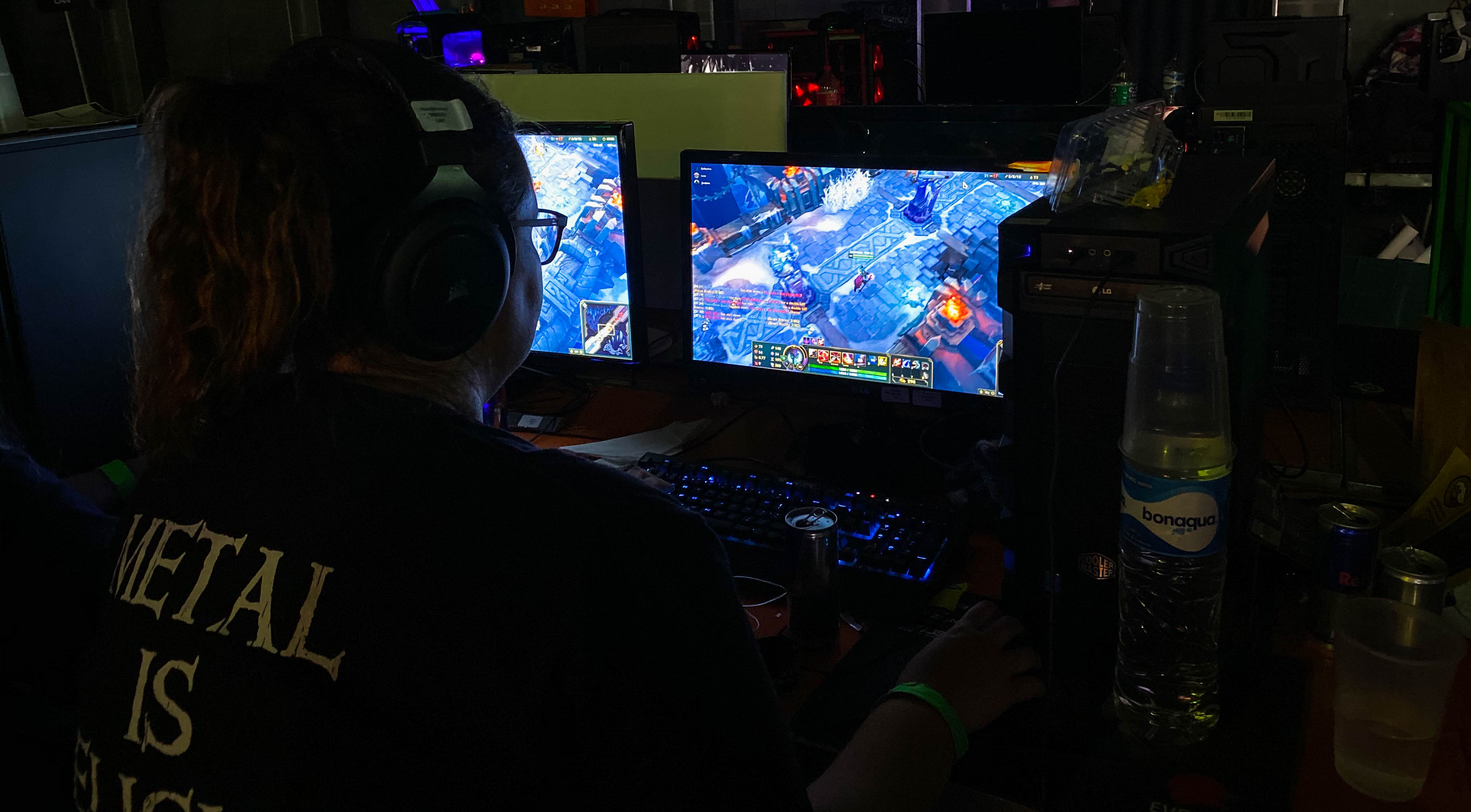 You can honestly have all these “gaming warehouses” all over the country but if they aren’t accessible to kids that don’t have the means to play, and you are only bringing in the same esports crowd, you are not doing anything to grow gaming in SA at all. rAge proved we still have a long ways to go to help bring gaming to the youth and these Streaming Blocks could be something we need to look at.

Cosplay at Vodacom rAge felt the effects of Comic Con Africa this year and it was quite clear that while many entered to participate in the competition, the turnout was abysmal. Even on Sunday, the day when the big finals took place, the crowd and entries felt like leftovers compared to CCA. The organizers need to do something to bring the magic back to the show as I fear it could fizzle out sooner than we think.

Where rAge did not fail, was in its gaming and tech presence and it was nice to see all the gaming and tech brands attend the show. ASUS ROG, Acer Predator, Razer, MSI and Evetech all had the best of the best when it came to tech on show. From MSI’s brand new monster Titan notebook and their R120k Nanoleaf wall, to the Acer Predator Thronos gaming chair. I work in the industry so this stuff bores me at expos as I see it far too often but for an average South African attending rAge expo, it could have been the equivalent to being at a local CES.

I stood and built an ASUS gaming PC on their new Zephyrus notebook for a good 20 minutes and watched some kids play on the new Acer Predator Triton 900. There was always something cool to see and not to mention the hundreds of thousands of RGB fans around the venue. I swear I saw them in my dreams too. 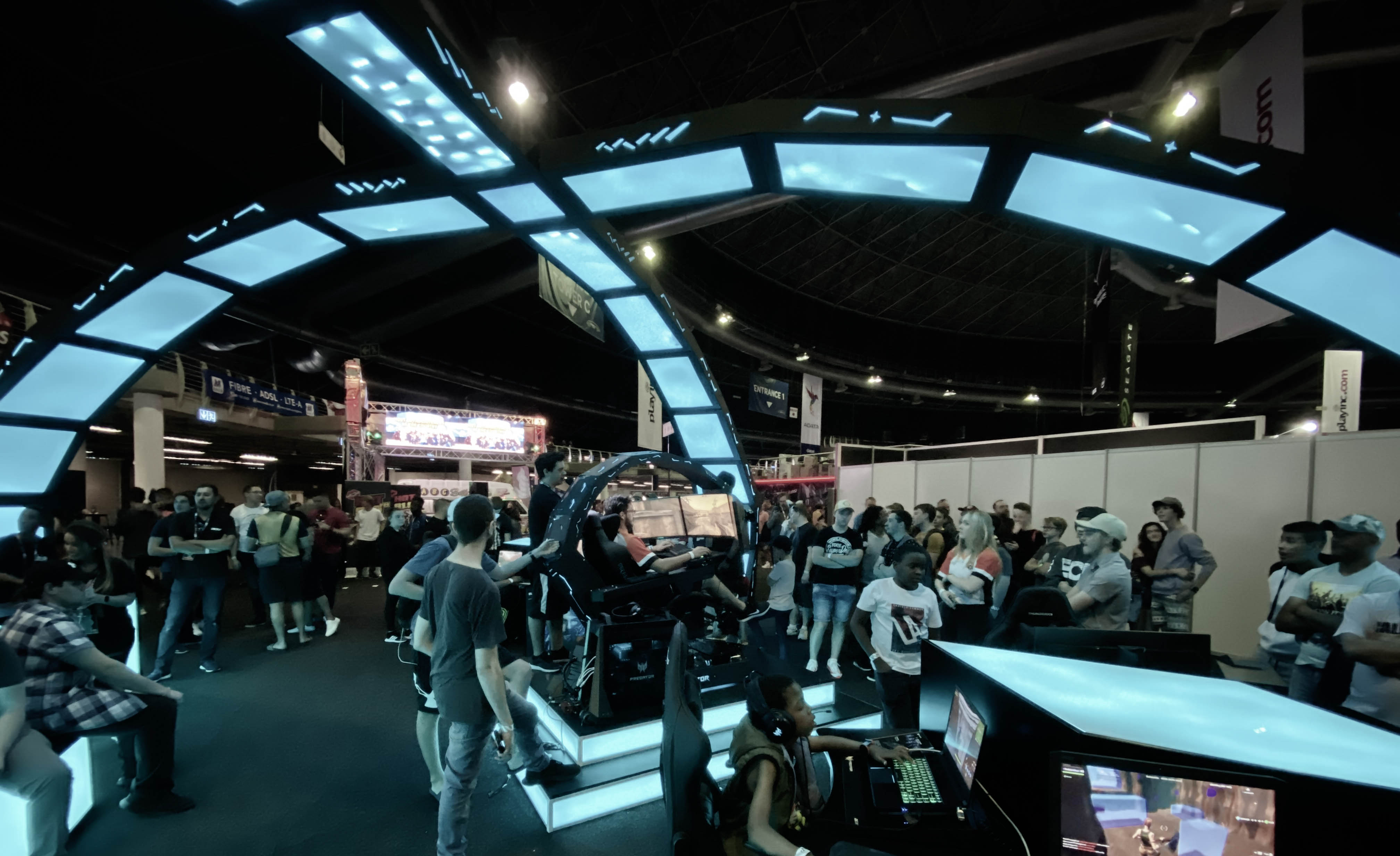 For those who did not know, I participated in a cool treasure hunt during the show with Table Realms and the PlayInc team. 19 QR codes were scattered around the showfloor and you had to hunt them down and scan them. I then had the 20th code and people had to track me down as I walked the floor for a limited time. You could win crazy prizes including a new DualShock 4. It was really great to see people hunting these codes down, sharing the experience with friends and winning prizes.

UPDATE: We reached out to MSI on feedback to the donations and recieved confirmation that the brand did a direct transfer of R20,000 to Seeds of Africa.

The rAge expo is not without its flaws and this year we had the Hero Charity Cup hosted by MSI and Evetech. Now, as much as I respect the brands and have a great relationship with the people behind the scenes, the charity cup, to be blunt was an epic fail from a donations point of view.

The aim was to get content creators such as myself, Grant Hinds, Constantine and many, many more to participate in Apex Legends matches for 45-minutes. We had to rack up as many kills as possible and it was all for charity as people could donate money towards a $10,000 goal for Seeds of Africa, an organization to help the development of previously underprivileged children.

Two days into the event, the charity donations were sitting on $20. This mainly due to no one knowing where they could donate money to. Sunday morning, on the last day of the event, the GoGetFunding link was finally shared by the organizers which helped a little bit. The stage where the matches were taking place was extremely busy and the shoutcasters were punting the aim of the event the whole weekend but never once shared a link either. 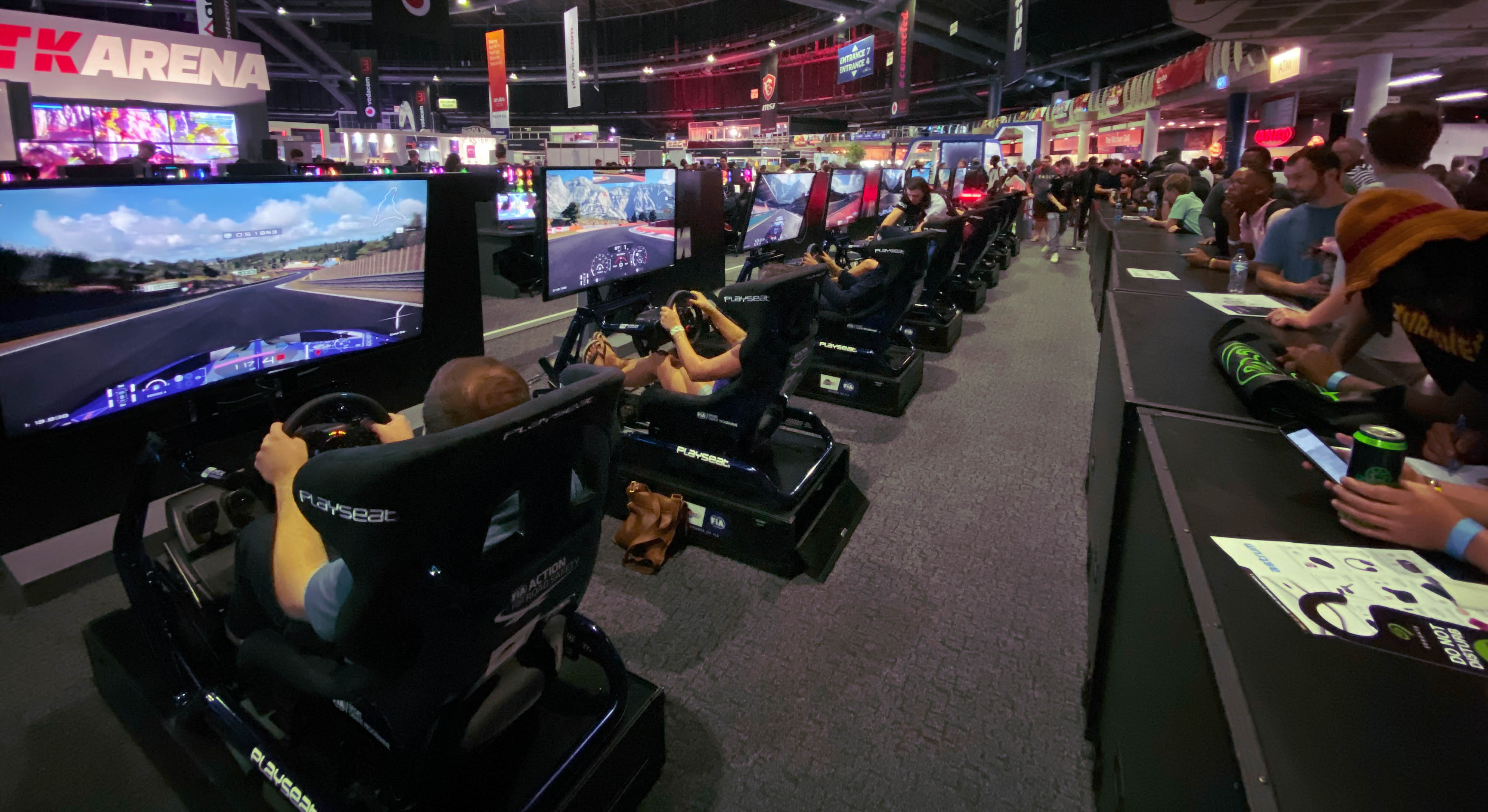 I also ended up not playing in my stream as I never recieved the schedule at all. When the slot arrived, I was unavailable. It was quite a big missed opportunity for the great initiative that came on board. rAge is a huge expo so the fact that so little money was raised it not a good thing. I am sure the Seeds of Africa expected a lot more. Call it teething issues or perhaps there was something else going on that we aren’t aware of.

The big elephant in the room was attendance. This year’s Vodacom rAge expo was no doubt a lot quieter on the Sunday than usual but the Saturday was crazy busy. I am sure the expo will release figures on the event soon but it will be interesting to see how the new dates affected the overall attendance of the show. Not to mention Comic Con Africa taking place just a few days before.

I loved being at rAge expo 2019 this year. The vibe was better than ever and the show had some of the best stands to date. Its emphasis on the youth, content creation, and gaming and tech is what the show should be about. Although CCA is still trying to find its identity, rAge no doubt knows what it is and it does it well. With 2020 being the year of next-gen, rAge could be the best it has ever been if it successfully takes what it has done right this year and carries it across to next year.

Did you attend rAge this year? Let us know out thoughts on the show down below.

Tekken 8: 10 Things We Want in the Next Game

Tekken 8: 10 Things We Want in the Next Game