WandaVision Characters and Where in The Marvel Universe They Originate From

"Every main character and where they came from"

Honestly, there’s just not much that I can really say about WandaVision other than that you need to be watching it. I love comic books, and generally, I really enjoy it when they get adapted, but usually, that’s just me being a fan more than an accurate measure of quality.

Not since I was a teenager, sitting in the cinema, watching the first Avengers movie have I felt this level of excitement while watching beloved comic-book characters come to life on screen, and this time, I wasn’t even such a big fan of the characters in question, to begin with.

Every episode of WandaVision seems to get more crazy, more exciting, and filled with more and more characters from the comic pages. Of which I first fell in love with as a child and then again as an adult with the launch of the MCU.

If you’re like me, the only downsides to watching WandaVision is a sore face from smiling at the screen and then constantly pausing the show every time a new character is introduced so that you can frantically search the internet to find out who they are and how they fit into Marvels crazy and interconnected comic-book universe.

That’s why I’ve decided to compile this list, to make life just that little bit easier for the other ‘me’s’ out there watching way too much WandaVision when they really should be sleeping.

So this is my list of every notable character shown on WandaVision both in Westview and outside(who exist not just in the show but in the comic-books) that I feel you need to know about.

Before we start, you can get 20% off your next comic book and geek purchase at Critters and Comics if you use the Glitched20 coupon on check out.

WandaVision Characters and Where in The Marvel Timeline They Originate From

Agatha Harkness is a powerful witch, and Nicholas Scratch’s mother (known mainly as a notable foe to the Fantastic Four and Jessica Jones’s Patsy Walker. You might also remember him as Sabrina Spellman’s boyfriend from the Chilling Adventures of Sabrina).

Agatha is also one of the few to have lived through the fall of Atlantis and is one of the original witches from the Salem Witch Trials.

She was a mentor to Wanda Maximoff (The Scarlet Witch), teaching her how to use her magic. In addition to being a nanny and protector to Franklin Richards, AKA Powerhouse (the son of Mister Fantastic and the Invisible Woman).

William (Billy) Maximoff and Thomas (Tommy) Maximoff are twin boys born to Scarlet Witch and the Vision. It’s later revealed that William and Tommy are actually magical constructs created subconsciously by Wanda Maximoff (Scarlet Witch) from two scattered soul fragments of the demon Mephisto (the devil), which he had lost during an ill-fated battle with Franklin Richards (Powerhouse).

The twins are later reabsorbed back into Mephisto, only for them to be reincarnated as Thomas Shepherd (Speed) and William Kaplan (Wiccan), who are destined to once again be reunited to join forces and search for their mother (Scarlet Witch).

James Woo is an F.B.I. agent who first gets assigned to investigate and apprehend supervillain, Yellow Claw. Later, as a S.H.I.E.L.D. agent, James Woo joins the Godzilla Squad alongside Dum Dum Dugan (one of the most experienced members of Nick Fury’s team) to hunt down Godzilla.

Monica Rambeau was born to a single mother, Maria Rambeau, a former US Air Force piolet and co-founder of S.W.O.R.D known as “Photon”.

While trying to prevent the creation of a dangerous weapon, Monica Rambeau gets exposed to extra-dimensional energy. As a result, she is able to convert her body to energy, thus taking up the title of Captain Marvel.

Monica seeks out the Avengers for help with her new powers. Iron Man and Spider-man start draining off her excess energy, making her safe to be around others. She becomes a member-in-training aiding them in their battle against Egghead (Elihas Starr) and teaming up with Doctor Strange and the Scarlet Witch to battle Dracula.

Monica Rambeau later replaces the Wasp as the Avengers leader, commanding them in their battles against the X-Men, the Olympian Gods, and the Super-Adaptoid.

Scarlet Witch (Wanda Maximoff) is first depicted in comics, along with her twin brother Pietro (Quicksilver), as being somewhat reluctant supervillains. The two characters’ backstory is hard to pin down in a post like this because it’s changed so often over the years.

At a stage, Scarlet Witch and Quicksilver were said to be the mutant twin offspring of two human parents, Django and Marya Maximoff. A few years later, it was said that they were adopted and given to the Maximoffs by the geneticist known as the High Evolutionary, their true parents staying a mystery.

Then we also have the period wherein Magneto (from the X-Men) concludes he is Wanda and Pietro’s father, but later it’s revealed that they aren’t actually related to Magneto and that they aren’t even mutants – they discover that their powers are actually the result of the High Evolutionary’s experiments on them.

Recently, it’s been said that Wanda and Pietro’s adopted parents, Django and Marya Maximoff, are actually their biological aunt and uncle.  Their real mother is now confirmed to be Natalya Maximoff, the previous Scarlet Witch and a sorceress whose father was the Scarlet Warlock.

But while Wanda’s backstory will probably stay an ever-changing mystery, we do know that no matter where she started, she always ends up giving up her Supervillian ways and joining the Avengers as a regular member of the team; also, she ends up married to fellow Avenger, Vision.

The Vision (or Victor Shade if you will) is an android (synthezoid) created by Ultron for the sole purpose of eliminating the Avengers, more specifically Ultron’s own creator, Dr. Hank Pym (Ant-Man/Giant-Man/Goliath/Yellowjacket)

After learning that Ultron created the Vision using the brain patterns of the then-deceased Simon Williams (Wonder Man), the Vision quickly turns on his creator, Ultron, to fight as an Avenger.

The Avengers initially believe that the Vision’s body was created from the remains of the Human Torch, but later they find out that Immortus (Nathaniel Richards) had used the power of the Forever Crystal to split the Human Torch into two entities, one remaining the original Human Torch and one being built into the Vision by Ultron.

This was done as part of Immortus’s plan to nurture a relationship between the Vision and the Scarlet Witch, which would prevent her from having any children, as any children she might have could be powerful enough to threaten all of the beings in the Marvel Universe.

WandaVision has truly reignited my love for Marvel again and done it in a way that felt way more fun than I ever could have imagined.

They’ve taken so many iconic characters with some genuinely messy backgrounds. They’ve put them together, polished and cleaned them up, and the result is something that not only feels faithful to the spirit of the comics but also stands on its own as something incredibly original.

If like me, WandaVision has you feeling nostalgic, and you want to dive into the stories of any of the characters above, head over to Critters and Comics to pick some up. You can get 20% off your next purchase over R300 if you use the “Glitched20” coupon.

Are you watching WandaVision? Let us know what you think about it down below.

Overwatch 2 Has VRR, 120FPS and Graphic Modes on PS5 and Xbox Series X

Overwatch 2 Has VRR, 120FPS and Graphic Modes on PS5 and Xbox Series X 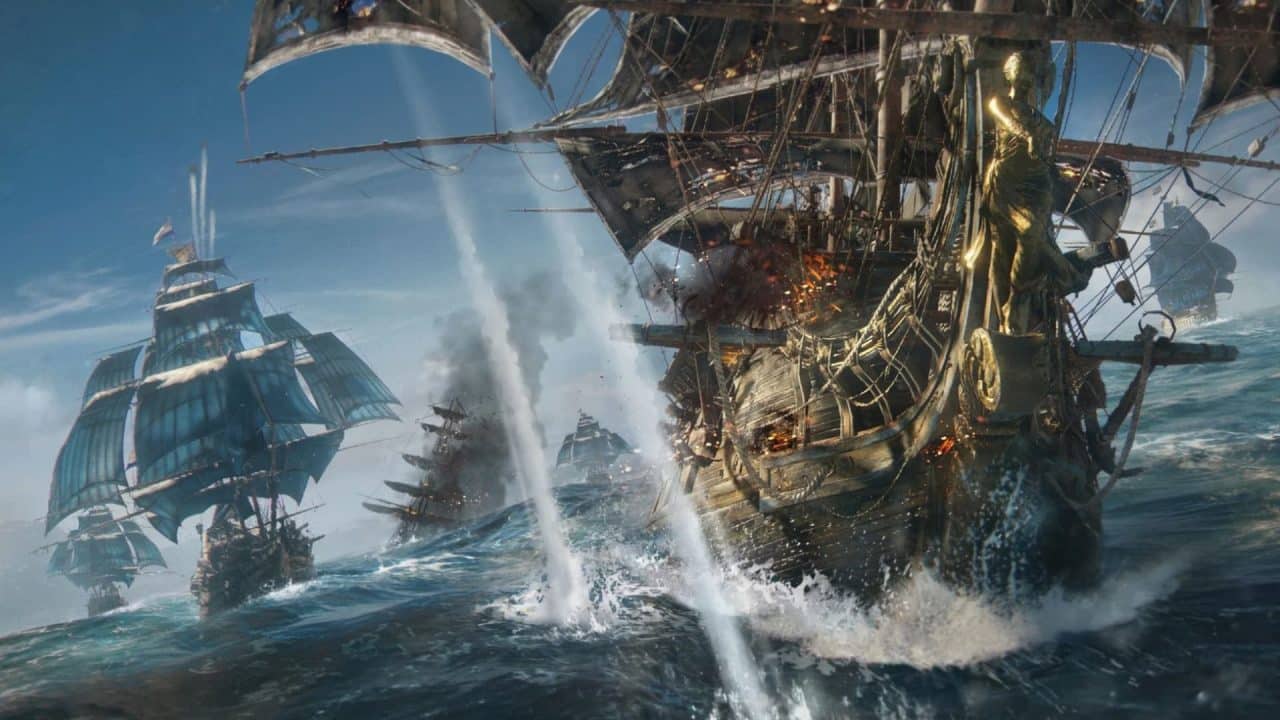