Walking into the Watch Dogs Legion hands-on demo at E3 2019 I had one question on my mind. Is the game really as deep as it seems with all its layered operatives systems in place, unique characters and permadeath feature? After a good hour with it, I am happy to report that it is indeed as deep as Ubisoft says it is. You really do have characters that you recruit across an alternate London timeline as they hack their way into the city’s biggest new threat. You also have to be careful not to kill them as once they are gone they are dead forever, and yes, they are all unique to the point where I was scared to lose one and live the rest of the demo not knowing what I was missing out on.

But Watch Dogs Legion is much more than a people simulator. The handful of characters I had at my disposal were all likeable. While I cannot recall any names, I began the demo with the granny. She instantly threw a few F-bombs here and there as she got the low down on the mission ahead. She was instructed by fellow operatives to infiltrate an enemy compound and steal some information from a PC.

Right off the bat, she delivered a pretty unique gameplay approach. She cannot run, she deals very low melee damage and her parkour is well, slow and clunky. Think of it as those moments when you need to take your gran to the mall and she just takes her jolly time to get her bread and milk. One thing that made this character a killing machine was her ability to hack things, something the series is pretty well known for.

In Watch Dogs Legion, you can hack everything and more thanks to this version of London featuring new tech and militia drones that are available for the players to take the role of. I instantly hacked a surveillance drone that was buzzing above me and used it to get closer to the building and hopefully find a way in. A guard walking by just happened to have the access code which I grabbed from him (digitally), exited the drone and slowly (very slowly) climbed up a building to get into the door and steal the data. 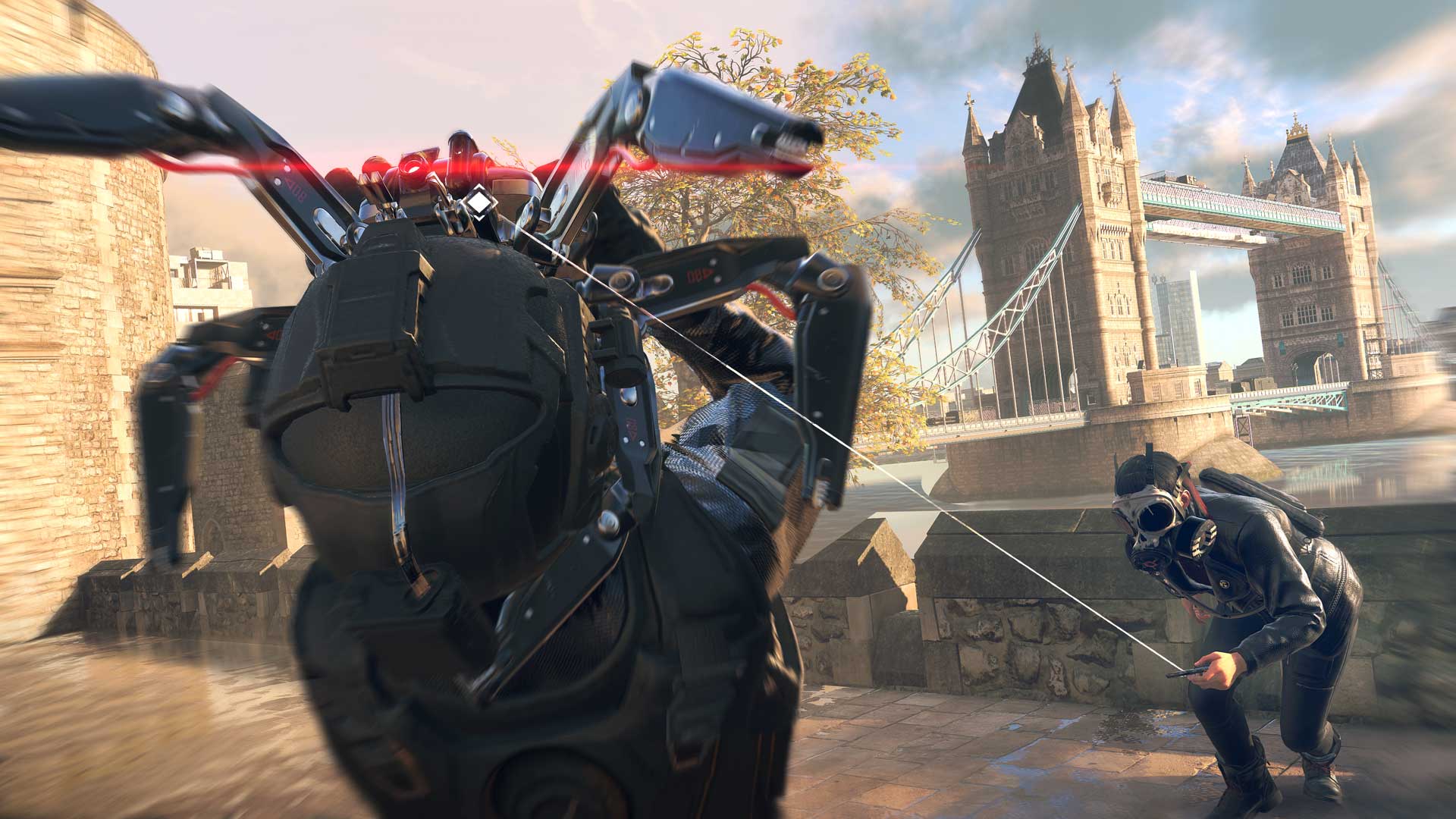 I was spotted by an enemy and without even knowing what I was doing, I smacked him with ol granny’s fists a couple of times and he fell to the floor. No, granny was not a melee character. She is part of the hacker class but when things got tough, she can fight back. I would just have hated to see her actually take a beating.

The demo then went on as I chose a new operative, one which I recruited myself by scanning random people in the bar. The next mission was pretty simple, take down three gang leaders any way I wish. In Watch Dogs Legion, this means using every single thing around me that is hackable and kill all the enemies around as fast as possible. Some old hacks like the ability to drive a car forward and back return and the feature to detonate a steam pipe and blow it up when someone is near. Most of all, the game’s new vehicles makes the hacking feel like a whole new dimension of being a badass hacker. 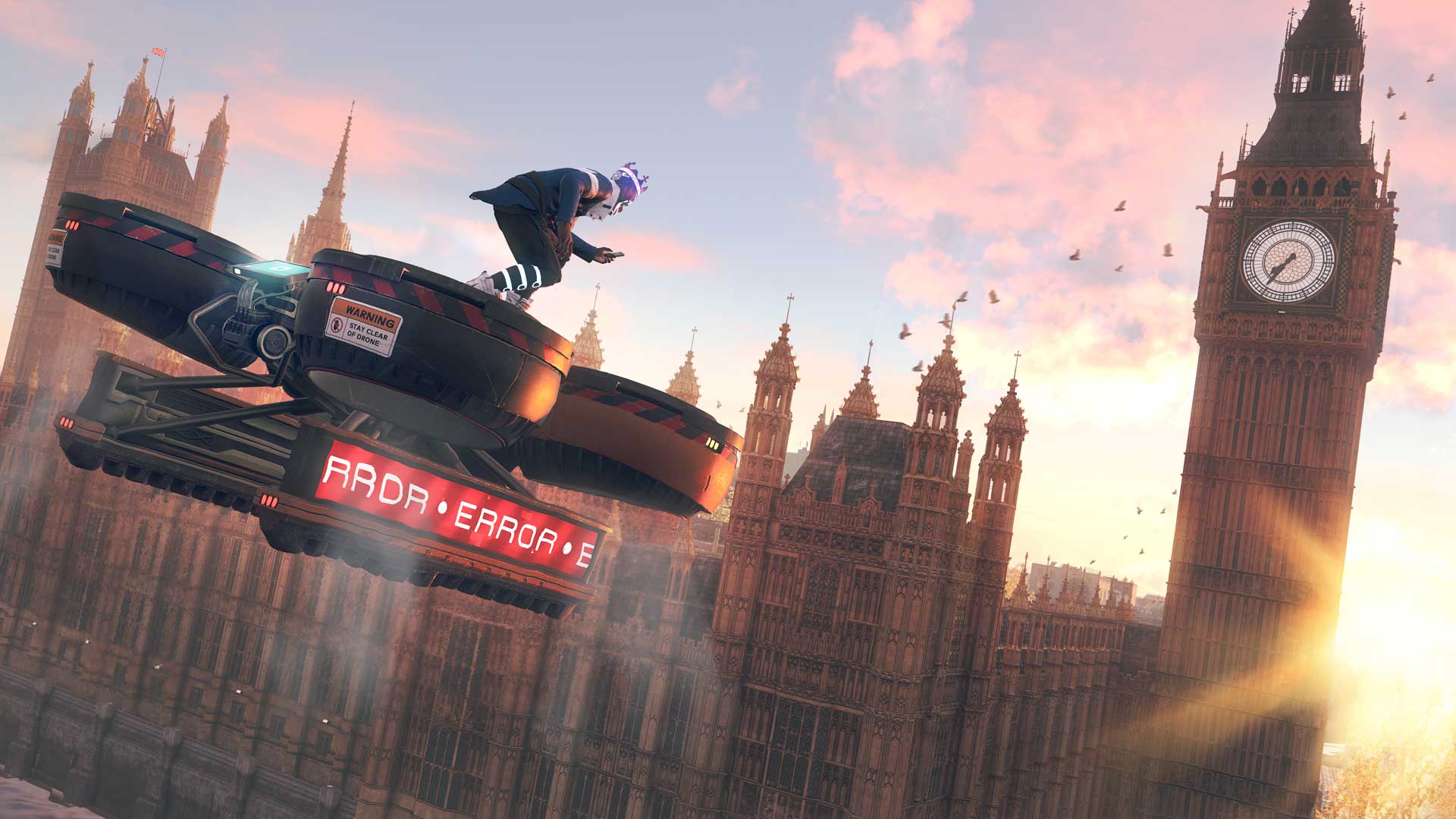 I jumped on a storage drone, a flat and fairly large flying cargo drone used to take objects across the city and hacked it. This meant I could control the drone while riding the top of it like the silver surfer. I could also pick up gas containers and drop them from the sky above causing large explosions down below. I could also exit the drone and stand above everyone and reign down bullets as they ran for cover like little rats. Yes, the game gave me a god complex but what do you expect when you literally have control over everything around you?

I then died. You see, in Watch Dogs Legions, they drive on the correct side of the road and I hit some officers, they chased me down and killed me. I tried to get away but the game has these new checkpoints around the city that scan you when driven through so even though the police were “searching” for me, they would have detected me if I went through the checkpoint. This forced me to be creative in the ways I evaded the law but they got the best of me. 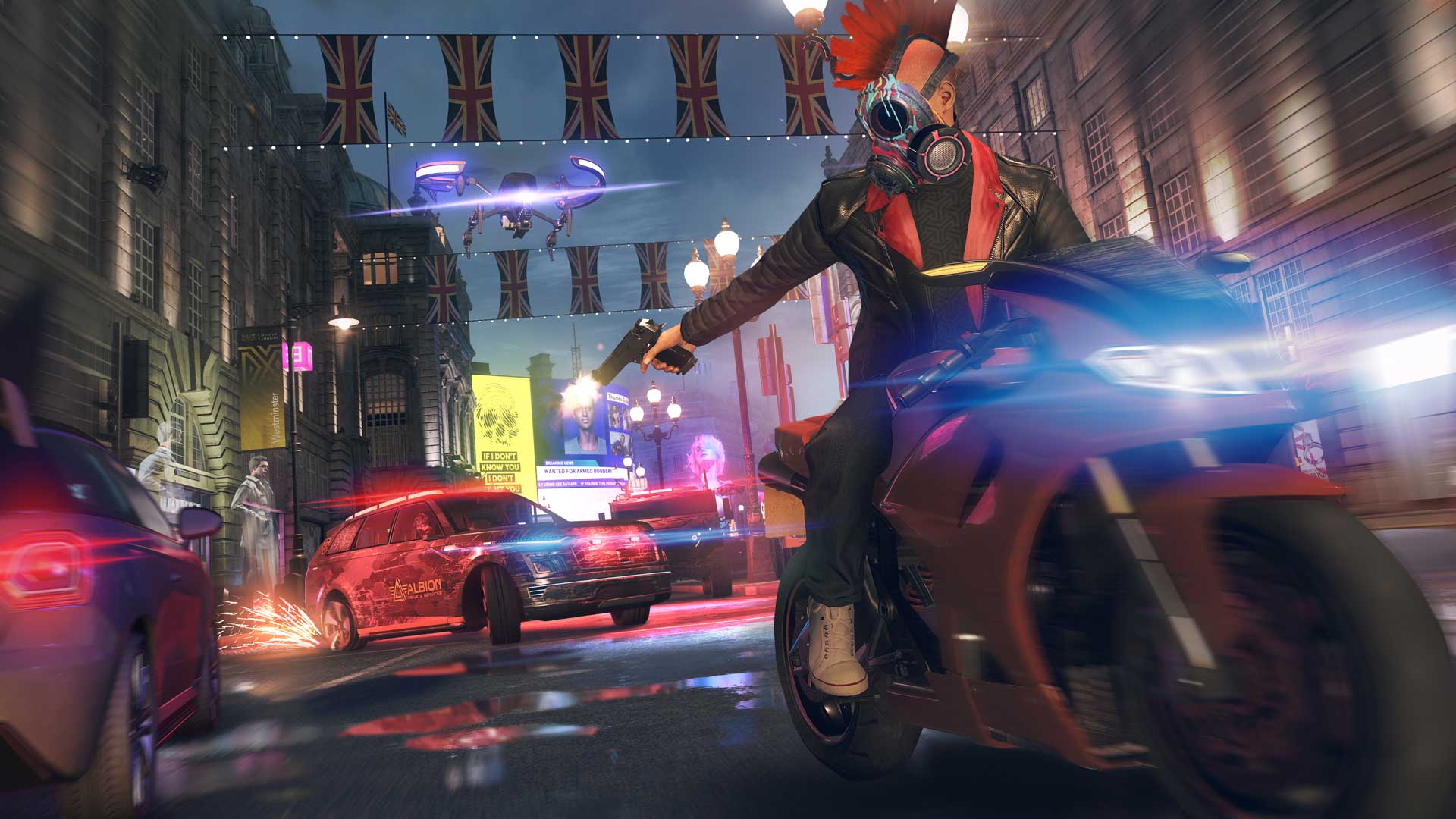 I was spotted by an enemy and without even knowing what I was doing, I smacked him with ol granny’s fists a couple of times and he fell to the floor.

My death meant the mission I was undertaking was now handed over to someone else. After a quick loading screen, I was introduced to a new enforcer class character that was overheard speaking about the death of my past operative and now I had to take on the rest of the game with this new character. Keep in mind that she was a “she”, spoke differently, walked differently and even had specific perks that were very different from the guy that was lost a few minutes before,

The game then forced me to get to know this new lady and gain her trust and respect all over again. Sure, I had some fun with the last guy and those wounds are still fresh, but the game’s operative system meant I could really do it all over again as if I was starting a new campaign but without losing the progress. 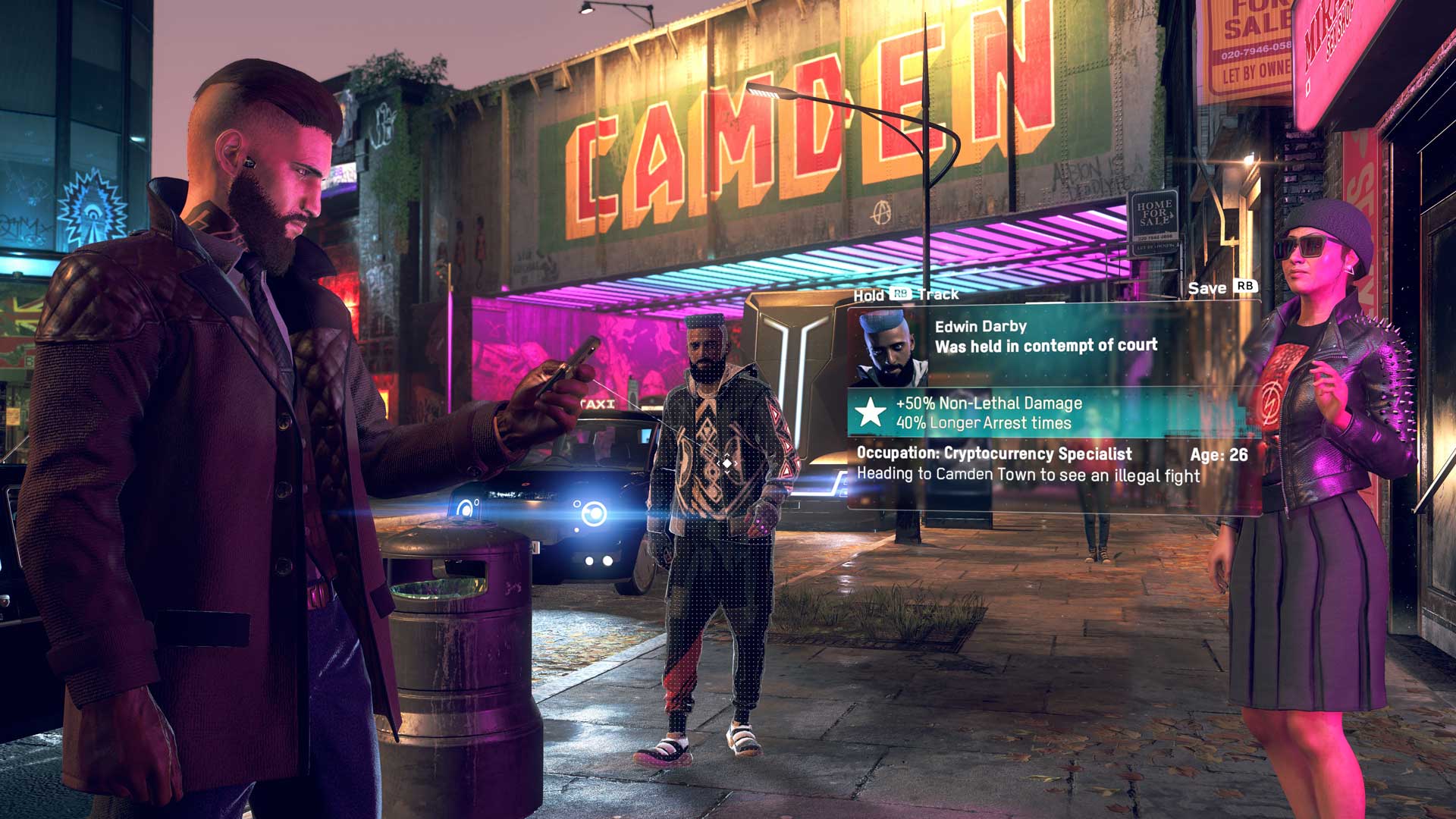 After an hour with Watch Dogs Legion, it was clear that Ubisoft wanted DedSec to be the main character in the game. You don’t see one person and their journey but a couple of them and they all have their own unique skills and personality. The game’s operative system is really as deep as it seems and come game launch, it could be quite intimidating to just get the hang of it all. If you aren’t in the mood, however, just know that the awesome old hacking, shooting and exploration are still around and it is better than ever.

PrevPreviousOne Fan Has Seen Avengers: Endgame 116 Times For a World Record
NextFortnite Could Have Been Cancelled Before it All BeganNext
Gaming | PC | Watch Dogs Legion is Really as Deep as it Looks – E3 2019 Hands-On