Days Gone is releasing on 26 April 2019 and we have the game. Over the course of the next few weeks, we will be playing Sony’s new PS4 exclusive and come 25 April at 14:00 our review will be going live. In the meantime, we are able to share something pretty cool that Sony sent us in the form of the Days Gone media kit.

Check out the full unboxing video below.

Before we start, big thanks to PlayStation for sending us this awesome media kit to unbox and show off. We always appreciate the support and being able to show you guys awesome things.

This awesome kit is a one-of-a-kind collector’s item that contains all sorts of trinkets from the Days Gone experience. I received the box and on the outside, it read the words “Welcome to Oregon”. Days Gone is set in the coastal state of Oregon two years after the zombie apocalypse hit America. The title “Days Gone” refers to the amount of days gone by since the outbreak.

The game follows the story of Deacon St. John, a former outlaw-turned-drifter and bounty hunter that finds himself trying to survive the end of the world which has killed almost all of humanity.

Days Gone has a large emphasis on bikes and outlaws so the media kit being a toolbox is only fitting. It looks like something you would find at your nearest mechanic, open with a pile of tools inside as he works on your gearbox. The massive red metal box bears a Days Gone spray art on the front and was sealed with a tie. The toolbox has a few smaller details on the outside like a bit of paint to show that it has been used somewhere before.

Opening it up welcomed me to a satisfying expanding visual as the drawers slowly revealed its contents to me and the box revealed its layered drawers. Right at the bottom, there was an emergency ration meal pack that contained the Days Gone media pack. There are only 140 of these giant metal boxes ever made and we received number 107. More on this ration pack later. 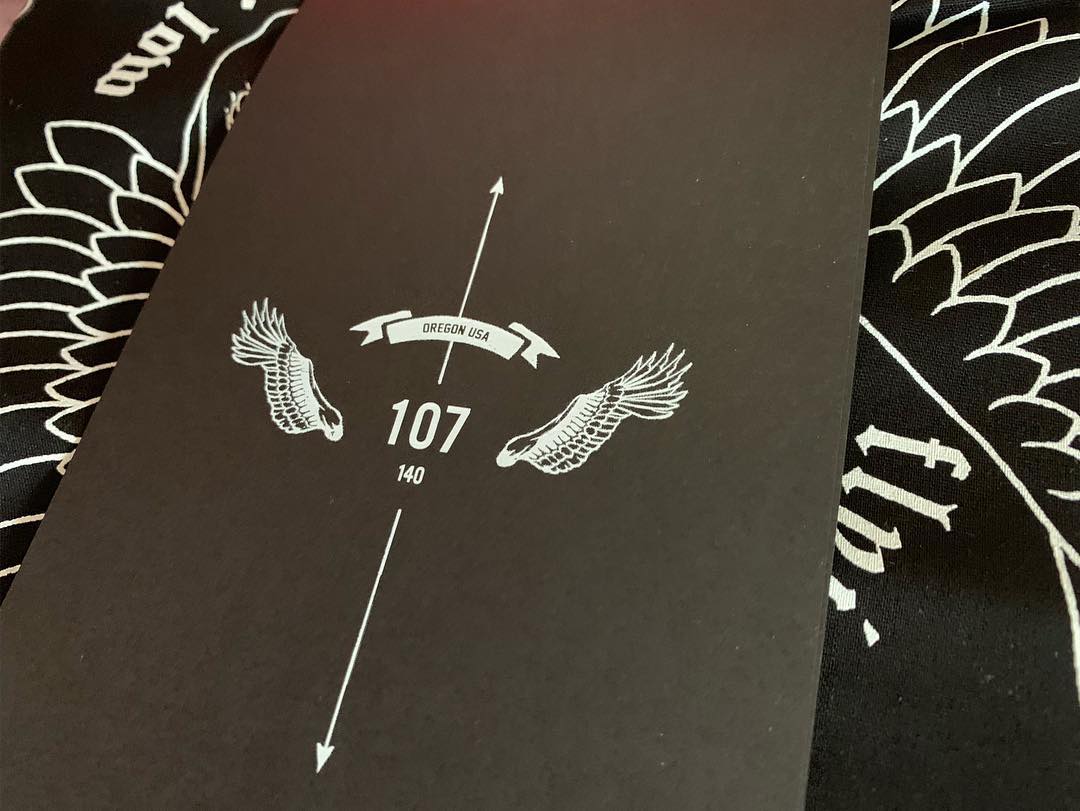 On the left-hand side of the box, we found a pleather roll wrapped in a chain. Unravelling it revealed a giant stretch of material which seems to have been signed by the Days Gone development team. Just above that, there is a hidden compartment which once open, revealed the words, “Ride the Broken Road”.

On the right-hand side, there is a salve tin with the name “Sarah” on the top. Without spoiling anything, Sarah is Deacon’s wife and plays quite a large in Deacon’s life. The salve tin contains a ring wrapped in a cloth as if Deacon just polished it and put it back for safe keeping. 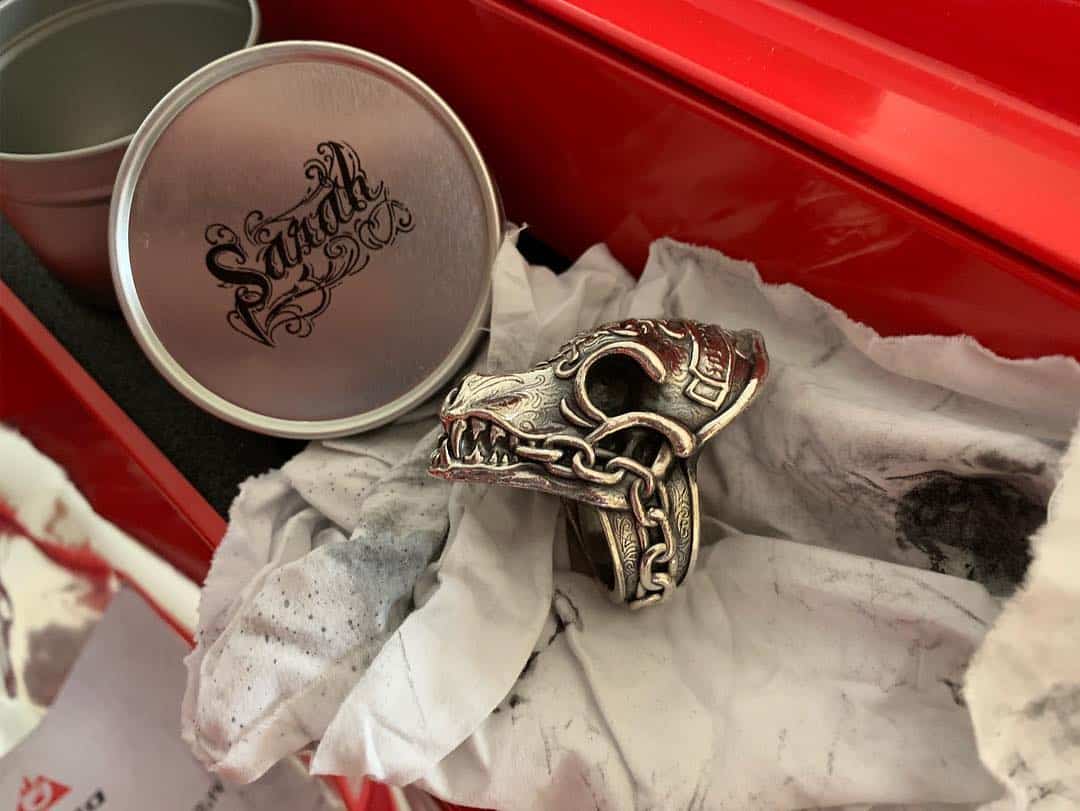 Just above that, there is a Tactical utility tool with the name “Deacon” etched into it. This tool can be used for loosening bolts with its wrench holes, has a ruler and even a package opener on it. It is quite the all-in-one tool kit if you ask me. I was quite impressed with how Deacon’s name has been etched into the side of it with the utmost detail.

Just above that drawer, there is another hidden compartment with the words “Farewell Original” inside. I would use this drawer to hide my brandy.

Now to the main attraction, the media kit. Found at the bottom of the box, this ration kit holds the game’s media information such as press assets and the game code. The ration pack is sealed as if it was just airdropped by the US relief. There’s also a bunch of patches surrounding it that Deacon and the main characters wear throughout the game along with some stickers which could look great if placed around the box. 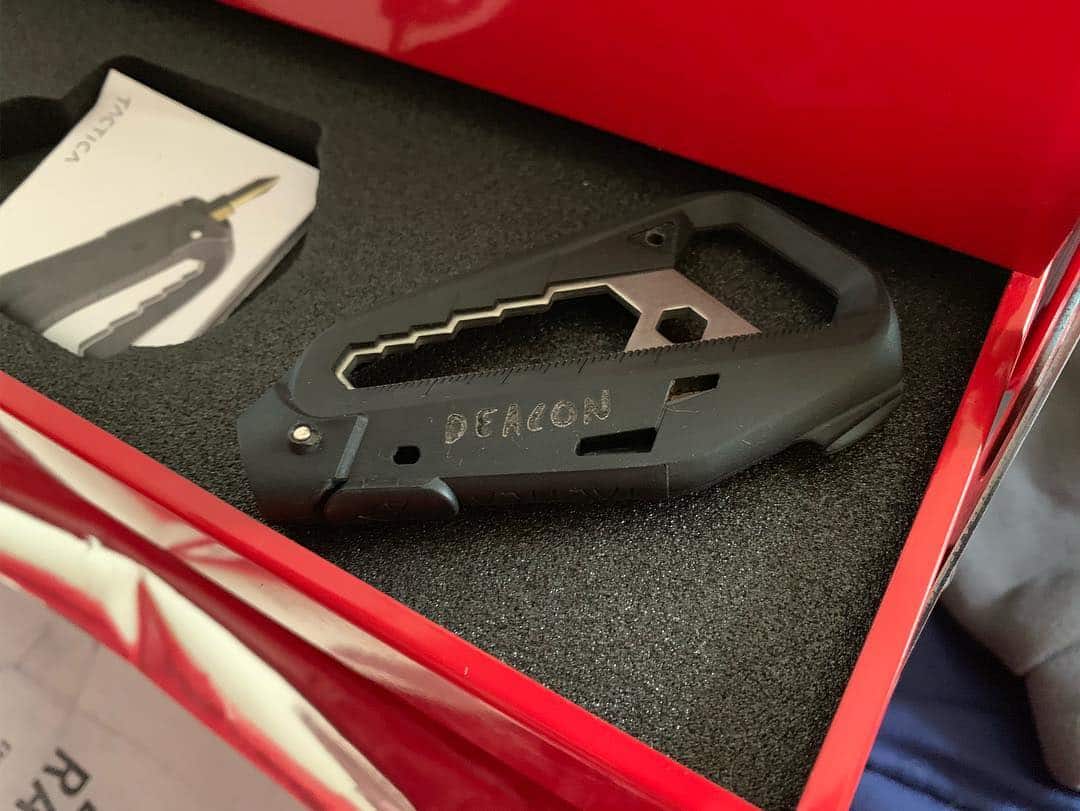 The media kit is wrapped in a cardboard piece with the special number of our kit on the one side. Once removed, the book is protected by a black decorated bandana. The book contains the game’s artwork and some information on the game. If you want don’t want to see any of it just fast forward thirty seconds. Last but not least, we have an envelope tucked away at the back and inside there is a gorgeous poster.

Overall, the Days Gone media kits truly capture the essence of the game’s setting. The toolbox ties into Deacon’s motorbike quite well and the smaller details do pay tribute to the game’s plot and characters. The Days Gone media kit is one of the best I have received. To think that Sony would send you an entire functional toolbox (I totally needed one by the way) is pretty cool. We will have our full Days Gone review and video review going live in the coming weeks so make sure to stay tuned for everything Days Gone.