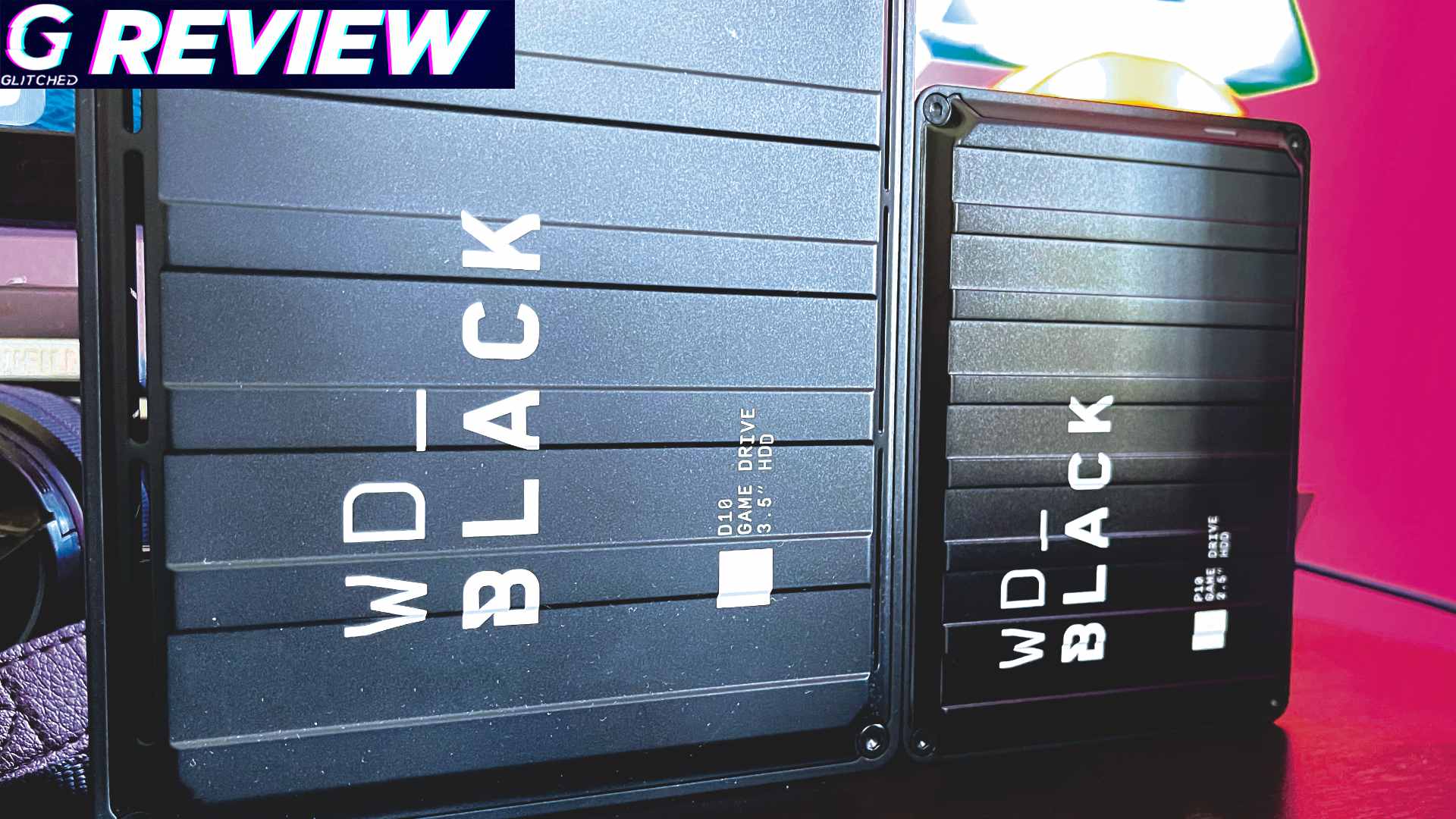 While 2020 brought with it some fancy new gaming consoles like the PS5 and Xbox Series X/S, it also brought with it problems. Mainly storage problems. For the most part, these new consoles are great but if you own one then you’re most likely struggling on a daily basis to store all your games on the internal storage. This is because the PS5 and Xbox Series X/S have less storage space than ever before due to the onboard SSD hardware. Needless to say, these Western Digital WD_Black P10 and D10 Game Drives could not have arrived at a better time.

Out of the box, the PS5 only has 667GB of usable storage while the Xbox Series X has 802GB and the Series S 364GB. That is not a lot of storage. Sure, the Xbox Series X and S can be upgraded using a proprietary 1TB Seagate expansion card but it will set you back R4,799. The PS5, on the other hand, can’t be upgraded at this moment due to the locked M.2 SSD expansion bay. So what is the solution to these storage problems? Well, get a massive external HDD and store all your games on it. This is where these two giant Western Digital WD_Black P10 and D10 Game Drives come in. 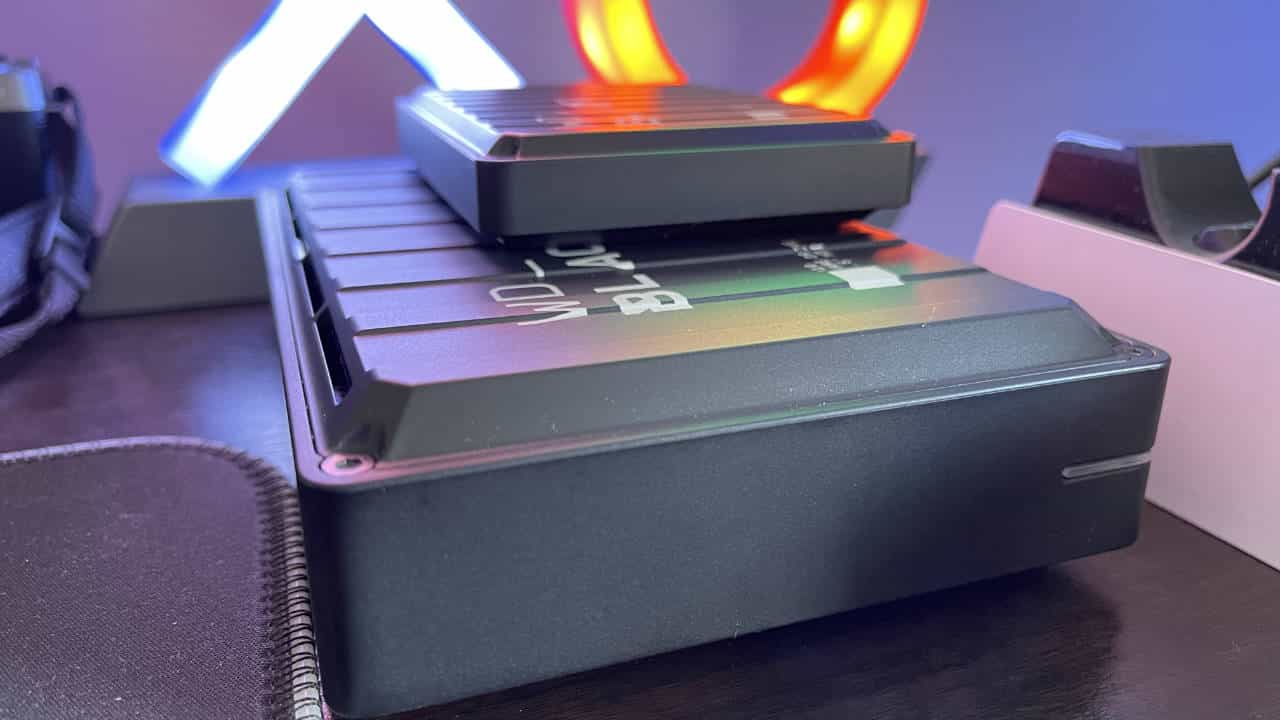 On both the Xbox Series X/S and PS5, playing games off an external hard drive is possible. However, there are restrictions. On all the hardware, you can copy your current-gen specific games to a drive but you can’t play these games. Only Xbox One and PS4 games can be booted up and played from external storage but that is okay too.

Just having a massive storage drive to store your PS5 and Xbox Series X/S-only games means that instead of deleting them all the time to make space for new stuff, you can store them there. It is a win-win. I will say it again. You CANNOT play PS5 and Xbox Series X/S enhanced games from an external drive but you can store them. With that in mind, do these two Western Digital Game Drives act as viable solutions to the problem? Yes.

Let us start with the larger of the two drives I had during this review – the Western Digital WD_Black D10 8TB Game Drive. This is one of many models available in the WD_Black range. There’s also a 12TB model.  However, this 8TB model should suit most people fine but if you really want the extra, the option is there.

Following in the classic WD_Black design footsteps, the Western Digital WD_Black D10 Game Drive comes in an awesome “metal container” design. This follows the other storage devices on the market including the P50 SSD, which I also reviewed a while back. The only difference here is that this casing is plastic. Surely the 3.5-inch HDD inside does not get as hot and bothered as the SSD counterpart so a metal casing is an overkill. 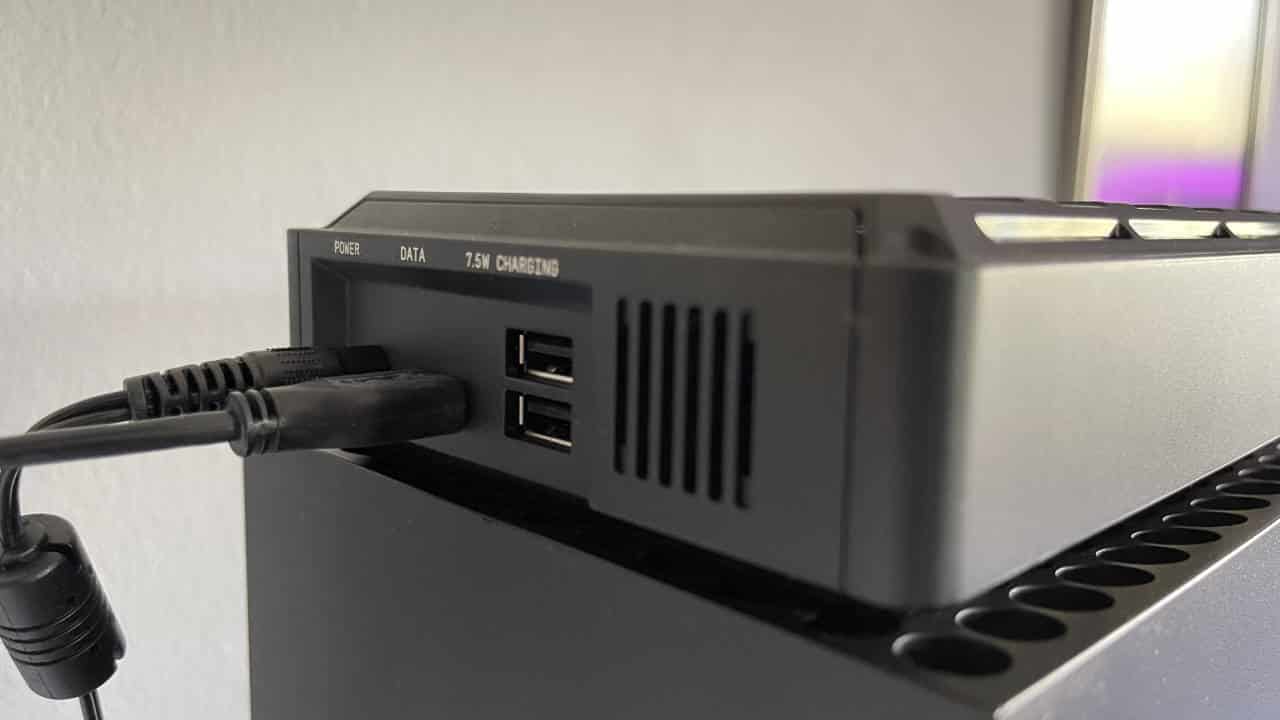 This drive, given that it is a 3.5-inch model, requires power in order to perform. In addition, it has been designed to stand on your desk so it comes with a cool verticle stand in the box. You can, however, just use the rubber feet on the bottom if you want to lay it flat.

In terms of IO, the Western Digital WD_Black D10 Game Drive includes a power supply on the case. This not only powers the HDD but also two 7.5W USB ports. These ports are there to charge your controllers but they came into use in so many ways. Powering my RGB lights being one of them. You can’t have enough USB power ports these days. There’s also a USB-A port for the data transfers and a white LED to show when it is powered on. 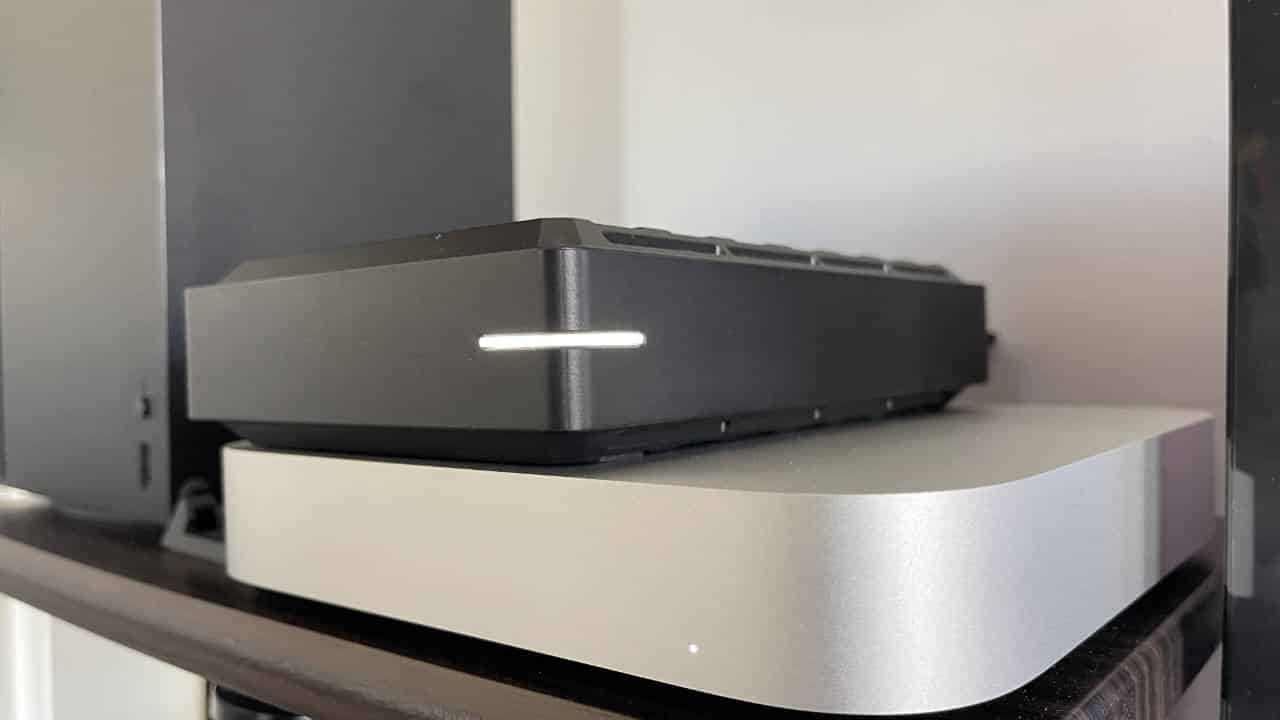 I like the design of the Western Digital WD_Black D10 Game Drive. It looks like it belongs in your gaming setup. Right next to my Xbox Series X it looked stylish and laying flat next to my PS5 was even better. Sure, I could just pack it away somewhere and forget about it but Western Digital designed these drives to be seen.

Using the Western Digital WD_Black D10 Game Drive is straightforward and easy. You just plug it into the power and you’re ready to go. Of course, gaming consoles will ask for different ways to set it up. The PS4 and PS5 let me format it through the USB Storage Devices menu while Xbox prompted me to reformat the drive for external support. PC will just work. Speaking of which, this drive comes with 7,450GB of free space in total. Just so you know. 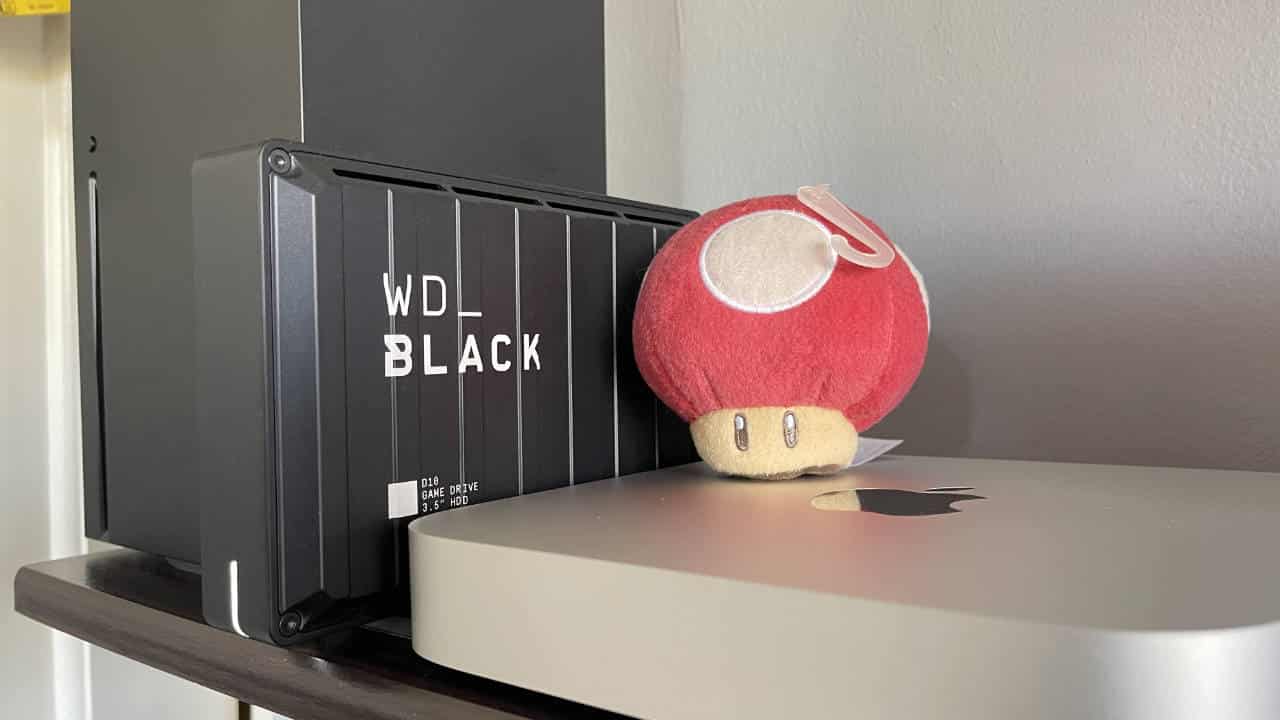 Performance on paper is important here so before we get into the “how fast does it copy on PS5” let’s get that out of the way. The drive inside the Western Digital WD_Black D10 Game Drive is a 7200RPM WD Black Drive which is one of the best mechanical drives on the market for consumer consumption. Speeds will be faster than your typical 150MB/s drives and they are. The drive promises up to 250MB/s read and write but we know that never happens. Instead, running the Black Magic Disk Speed Test on my Mac pumped out 231MB/s write and 238MB/s read. These numbers are great and pretty much in line with the specs of a 7200RPM HDD.

It all comes down to how well it performs during daily tasks and the drive really holds its own. While this storage solution is pretty much the best you can get now without diving into the world of an SSD, the speed and general performance are still quite impressive. 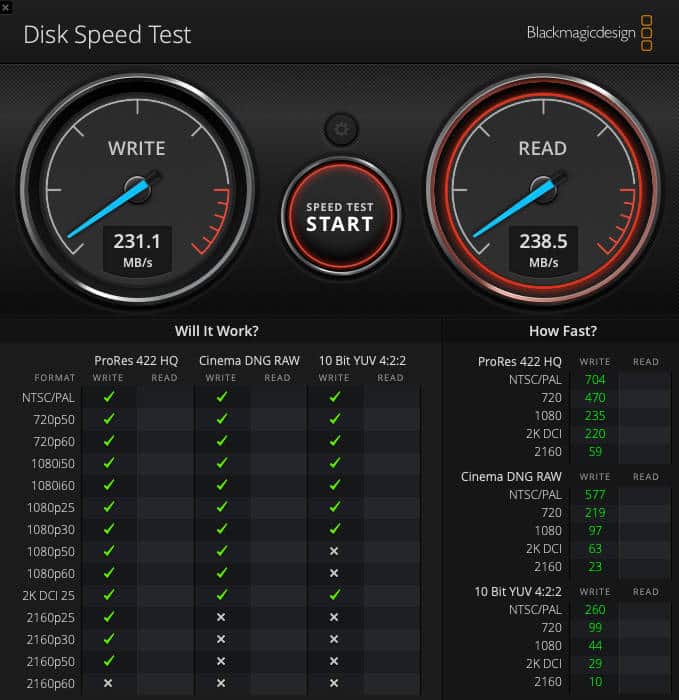 Copying Returnal to the drive on PS5 took 5. The game is 56GB big which is pretty great. It means moving a 100GB game to from internal storage would take around 10-15 minutes to copy. The same goes for Xbox. But here’s the thing. I wish there was a way I could use this drive for both PS5 and Xbox Series X. Unfortunately, you can’t partition it in two as the Xbox forces you to reformat it as soon as I plugged it in. 8TB is a lot of space. It would have been great to use it for both consoles.

So what do I think? Well, the Western Digital WD_Black D10 Game Drive is quite a hefty storage solution for someone who has a lot of things to save on it. For PS4 and PS5, it makes for a fantastic way to store your games. Especially now that Sony has enabled a way for us to copy PS5 games to an external HDD or SSD for safekeeping. The same goes for Xbox and Xbox Series X. The drive would be ideal to store “enhanced” games while also playing Xbox One games. 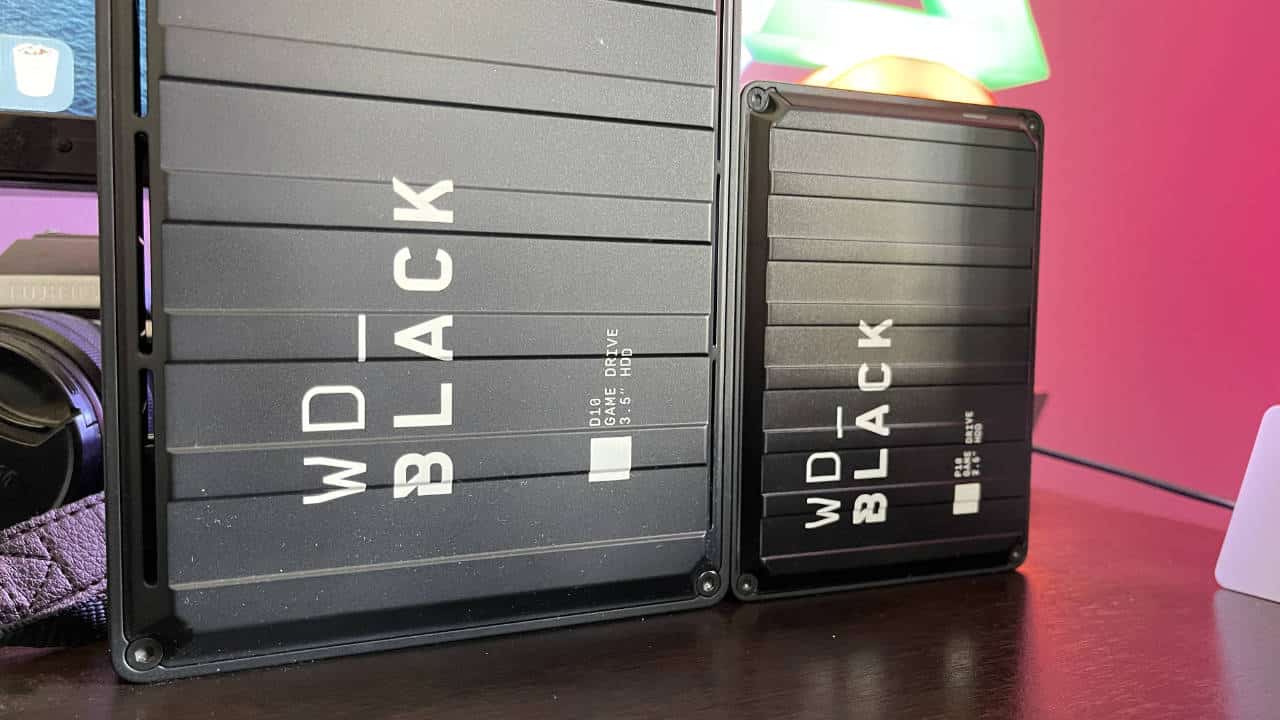 In theory, you could copy a few hundred PS4 or Xbox One games to the drive, freeing up your internal SSD for the enhanced games. You plug it in and forget about it. The bonus USB slots also come in handy for all sorts of charging and powering scenarios. When it comes to PC, ideally these days you would want to store your games on an SSD. However, if you’re not into that level of performance, the Western Digital WD_Black D10 Game Drive makes for a solid storage expansion.

As for the smaller counterpart, the Western Digital WD_Black P10 Game Drive, it comes in a 5TB model. That is roughly 4,656GB of free space. Unlike the D10, this smaller HDD is a 2.5-inch model and is not reliant on a power source. However, that also comes with a downside to performance as the HDD inside this case is 5,400 rpm that promises 130MB/s of read and write speeds. Anyone who is familiar with external HDDs won’t be surprised here.

It also comes in this cool metal container-like casing but instead of the shell being plastic it is metal. Western Digital calls this passive cooling which helps keep the drive calm and cool. In the box, you get a hard drive and a USB Type-A connector. Pretty much what you would expect to see from a product like this. 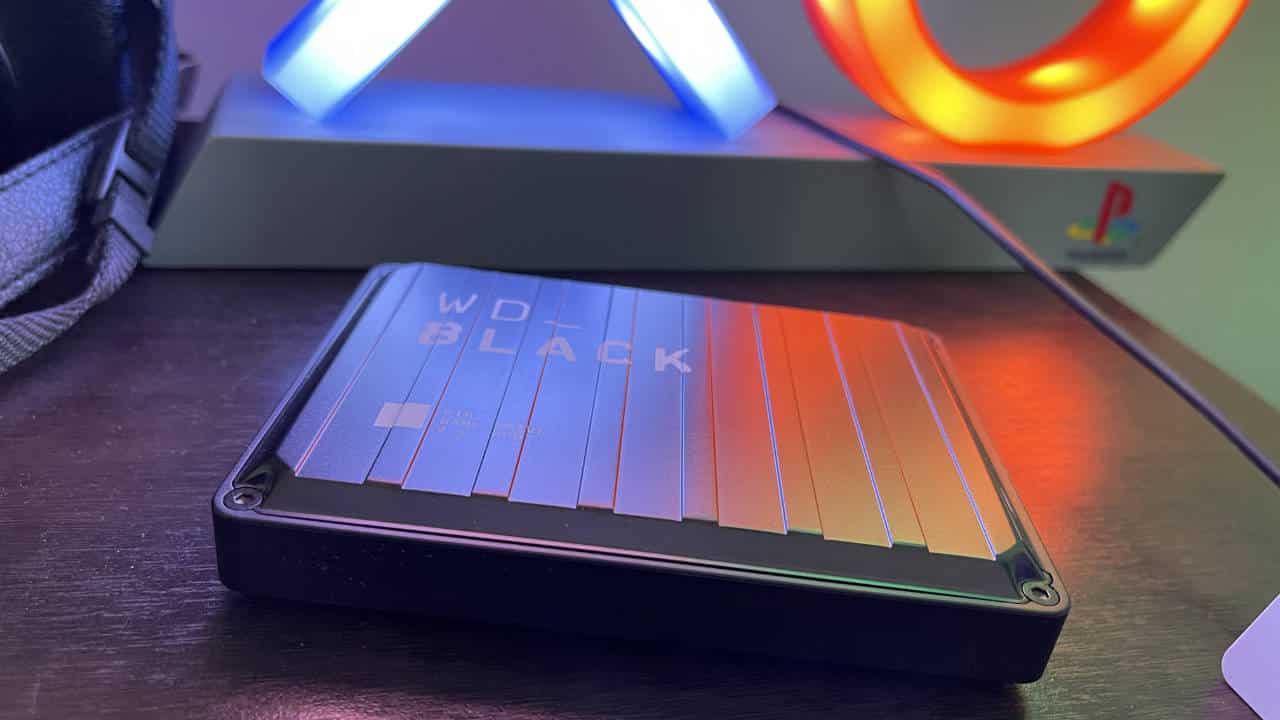 Putting the Western Digital WD_Black P10 Game Drive through its paces showed that while it is a 2.5-inch HDD, it still delivers some decent speeds. Blackmagic Disk Speed test pumped out a 121MB/s read speed and a 115MB/s write speed. Another test showed 130MB/s and 125MB/s. Pretty much as you would expect. However, these tests don’t speak about the true nature of the hardware.

Copying files across was fast and snappy. A 3.5GB compressed folder copied in just 56 seconds. Copying PS5 games to the external HDD was also pretty quick. It took 7 minutes to copy Returnal to the drive. A game that weighs 56GB in size. This means you could copy and move your games to and from Xbox and PlayStation without a hefty time frame as the drive’s speed is above standard. 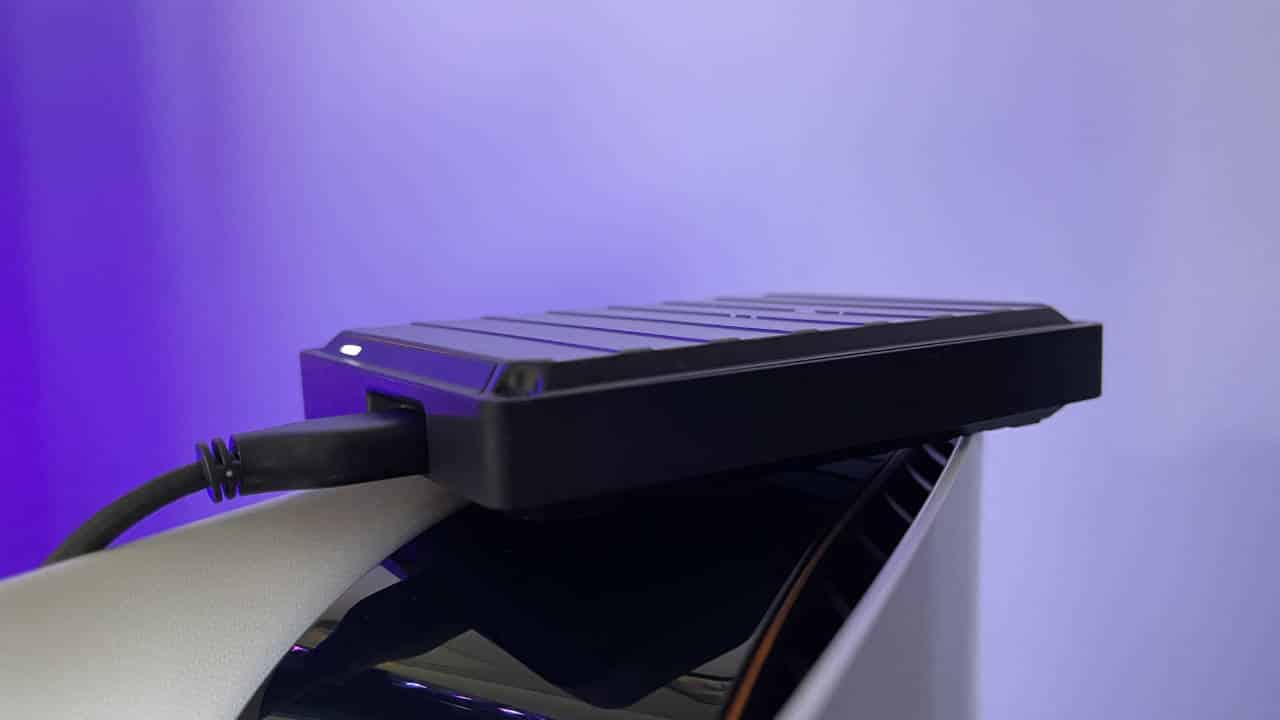 The Western Digital WD_Black P10 5TB Game Drive is as box standard as it comes but you don’t need anything more here. The storage is ample and the performance is capped at your typical HDD speeds. With 5TB of storage, you can save loads of games on it and for R3,299, it beat expanding your PS5 and Xbox Series X storage for a fraction of the price.

Both of these drives are great options when looking for expandable storage today. The WD_Black comes in at R4,999 and the P10 at R3,299. Of which both offer way more storage than upgrading using the 1TB Seagate Xbox expansion and possibly an M.2 SSD on the PS5 at a later stage. Sure, you can’t play games PS5 and Series X/S games off the drives but having them there without needing to redownload the games is relief on its own.