Sometimes, gamers make some terrible mistakes, while other times, things happen in the gaming industry on a large scale that you wish you could just change for the better. After binge-watching the 12 Monkeys TV series recently, I share the things I would change in the history of gaming if I had access to a time machine. Don’t forget to join our discussion in the comments section at the bottom of this article and tell of which events you would change in the history of gaming and why.

Back in 2010, esports wasn’t as big as it is now. There weren’t any multi-million Dollar prize pools to participate in and even some professional players still struggled to make a living. Enter Ma “sAviOr” Jae Yoon, a StarCraft: Broodwar professional player who was, for all intents and purposes a Bonjwa. The term Bonjwa is used in Korea to describe a player who dominates the StarCraft scene for a prolonged period of time.

It’s not just about statistics, but more of a consensus from professional players, casters and the like. That term was first accurately used to describe Ma “sAviOr” Jae Yoon, also known as the Maestro. His peak performances were between 2005 and 2007, but he still remained one of the greatest names in esports up until 2010, when something horrible happened.

Fans like myself couldn’t believe it when sAviOr was accused and later found guilty of participation in match-fixing, resulting in a life-long ban. Even typing this, it feels like opening old wounds once again. Sure, everyone makes their own choices and his involvement was a terrible choice, but the absolute first thing I would do if I could go back in time and change something in the video game industry is simply to tell sAviOr that it isn’t worth it and that esports is only (in 2010) in its infant stages. 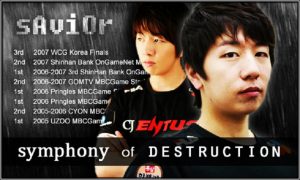 Teach GabeN to count to three

For many PC gamers, Gabe ‘GabeN’ Newell is faultless and his company, Valve, magnificent. It is probably impossible to argue against the point that Valve and GabeN have done so much for the gaming industry as a whole, with all the Steam sales, Dota 2, CS: GO and much more.

Everything Valve has developed and released has turned into instant gold, but their franchises seem to have all stopped at the number 2. Team Fortress 2, Left 4 Dead 2, Portal 2 and, of course, Half-Life 2 Episode 2. The latter even has two 2’s in the title, I mean come on! With my mediocre rant now over, the whole point is that I know GabeN can count to three, but I really do want Valve to continue their franchises, as they are some of the best the industry has ever seen.

The reason I think we need a time machine for this is that nothing seems to budge Valve into the right direction when it comes to finally developing and releasing a game like Half-Life 3. One recent example is that Dota 2 was bombarded with negative reviews in protest for Half-Life 3 (or Episode 3 if you will). Fans were upset since Valve announced a Dota 2 card game Artifact during The International 2017 and an ex-writer for the Half-Life franchise, Marc Laidlaw, shared plot summary ideas for Half-Life 2: Episode 3 in some riveting fan-fiction.

Even with all this going on, Valve refuses to budge, and that is their prerogative. However, I think the only way to ever get Half-Life 3 to release is to go back in time to change something, anything, so that Valve decides to continue down the path of creating new games in their incredible franchises. Talking about the No Man’s Sky debacle is probably like beating 18 quintillion dead horses right now, but for many gamers, it still remains one of the most disappointing launches in video game history. If time travel was possible, we could go back and tell gamers not to get their hopes up too much, kind of like derailing the hype train that, in part, led to the terrible reception at launch.

Managing expectations could maybe prevent such a backlash from the gaming community, but there is one other thing that one could do in the past that would really be a win/win situation. As most of you who still follow the game know, No Man’s Sky has improved so much that it is finally becoming the game we thought we would get at launch. 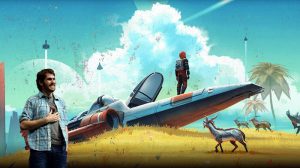 Developer Hello Games didn’t give up on their space exploration title, but instead improved it with various updates and even multiplayer! If one could go back in time and in some way just delay the game for roughly a year, or maybe even two, all that hype about No Man’s Sky would have been well-deserved and dare I say, it would probably win some Game of the Year awards right now.

What things would you change in the gaming industry if you suddenly found yourself in possession of a time machine? Let us know in the comment section below.

Gaming | PC | What Would You Change in The History of Gaming if You Could?