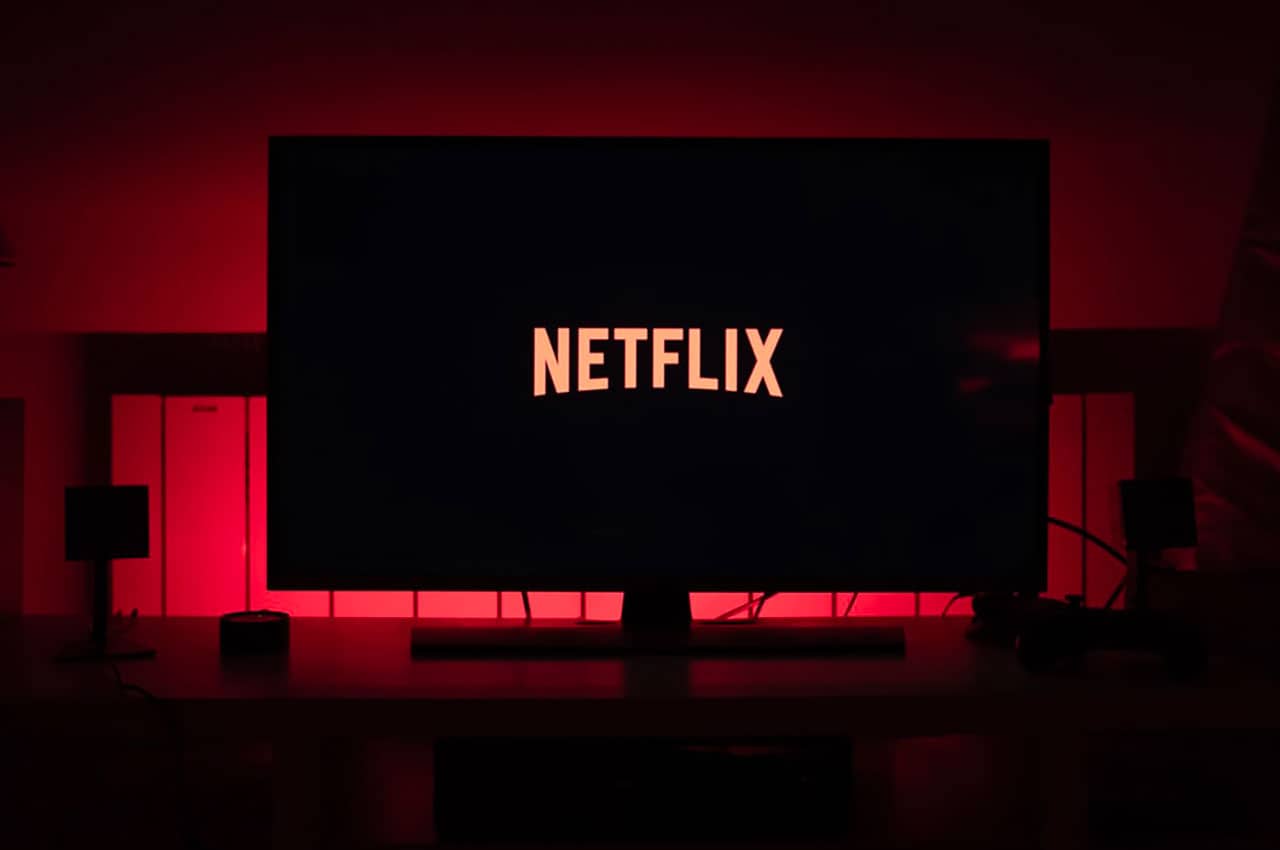 A new month and a new year mean a load of new content to consume on Netflix. The January 2020 Netflix content is looking quite solid given that we have just come out of a festive break. Netflix is clearly not slowing down anytime soon.

The Netflix January 2020 lineup includes some highlights like the latest season of Sex Education, Grace and Frankie season 6, season three of The Chilling Adventures of Sabrina, and AJ and the Queen. Take a look at everything you can binge on this January on Netflix

When CIA officer Eva Geller (Michelle Monaghan) uncovers information about a man (Mehdi Dehbi) gaining international attention through acts of public disruption, she begins an investigation into his origins. As he continues to cultivate followers who allege he’s performing miracles, the global media become increasingly beguiled by this charismatic figure.

After choking during an important performance, a competitive skater dealing with family issues and her own inner demons struggles to revive her career.

A teen girl is brutally murdered, sparking a hunt for her killer. But in a town where everyone hides a secret, will they find the monster among them?

Welcome to the ultimate popularity contest. To win the cash prize, would you be yourself, a better version of yourself — or someone else altogether?

Detective Jara and crime-family son Rens return to their Brabant homeland on family-related matters that pull them into a dark underworld and drug war.

From the directors of “Bombay Talkies” and “Lust Stories” come four new short films taking a twisted turn into the spine-chilling realm of horror.

At 14, Jonas met Nathan, who helped him discover his sexuality but had a dark side. Now an adult, Jonas tries to piece together a past that haunts him.

This series follows a prosecutor who investigated the biggest attack against a Jewish community outside Israel since World War II — and met a violent and mysterious death.

Attraction. Fantasies. Fertility. Discover the ins and outs of sex in this fun and informative series, narrated by singer-actress Janelle Monáe.

A milestone birthday sparks a search for Anne’s origin story as she sorts out matters of the heart and starts setting a course for her future.

In Mexico City, a 13-year-old falls for the most beautiful girl in school. With some help from his friends, he will try everything in order to win her heart.

Join kid car Cory Carson on his adventures around the winding roads of childhood in Bumperton Hills! Based on the hit toy line Go! Go! Smart Wheels.

Primarily known as the home of a famous brand of chili, the Texan town of Corsicana has been gaining notoriety for its other chief export: world-class cheerleaders.

Family duty sends a lawman to London to look for his mob-assassin brother as a yakuza war threatens to engulf Tokyo. Trust is even tougher to find. In a future where each citizen is monitored 24/7 by a drone, a woman discovers a murder unaccounted by this surveillance system, and investigates why.

Two American doctors who discover a deadly virus in Brazil are recruited as government agents in a race to find a cure and uncover a dark conspiracy.

France’s funniest comics carry out ghastly tasks as they try to outlast — and outwit — one another while overnighting in famously haunted locations.

Things have changed. Robin and the Titans aren’t the same group of outcasts they used to be, and neither are their enemies.

RuPaul stars in this outrageous series as a down-on-her-luck drag queen travelling across America in a van with a tough-talking 10-year-old stowaway. I AM A KILLER: Season 2  – Netflix Original Series

Season 2 of the documentary series features death row inmates convicted of capital murder giving a firsthand account of their crimes.

Who? When? Where? These school-age sleuths ask smart questions — and they always solve the case! When crime strikes, call the Inbestigators.

A robot band, a pirate adventure … and a run-in with a friendly ghost? Just another season on Harvey Street, where every day’s out of the ordinary.

With a trusted pair of hairdressing scissors and the ability to disguise himself, Seven offers contract killing on the cheap. The only problem? He often has trouble completing assignments.

The Healing Powers of Dude – Netflix Kids And Family

When an 11-year-old boy with social anxiety disorder has to start middle school, he finds strength in a lovable comfort mutt named Dude. 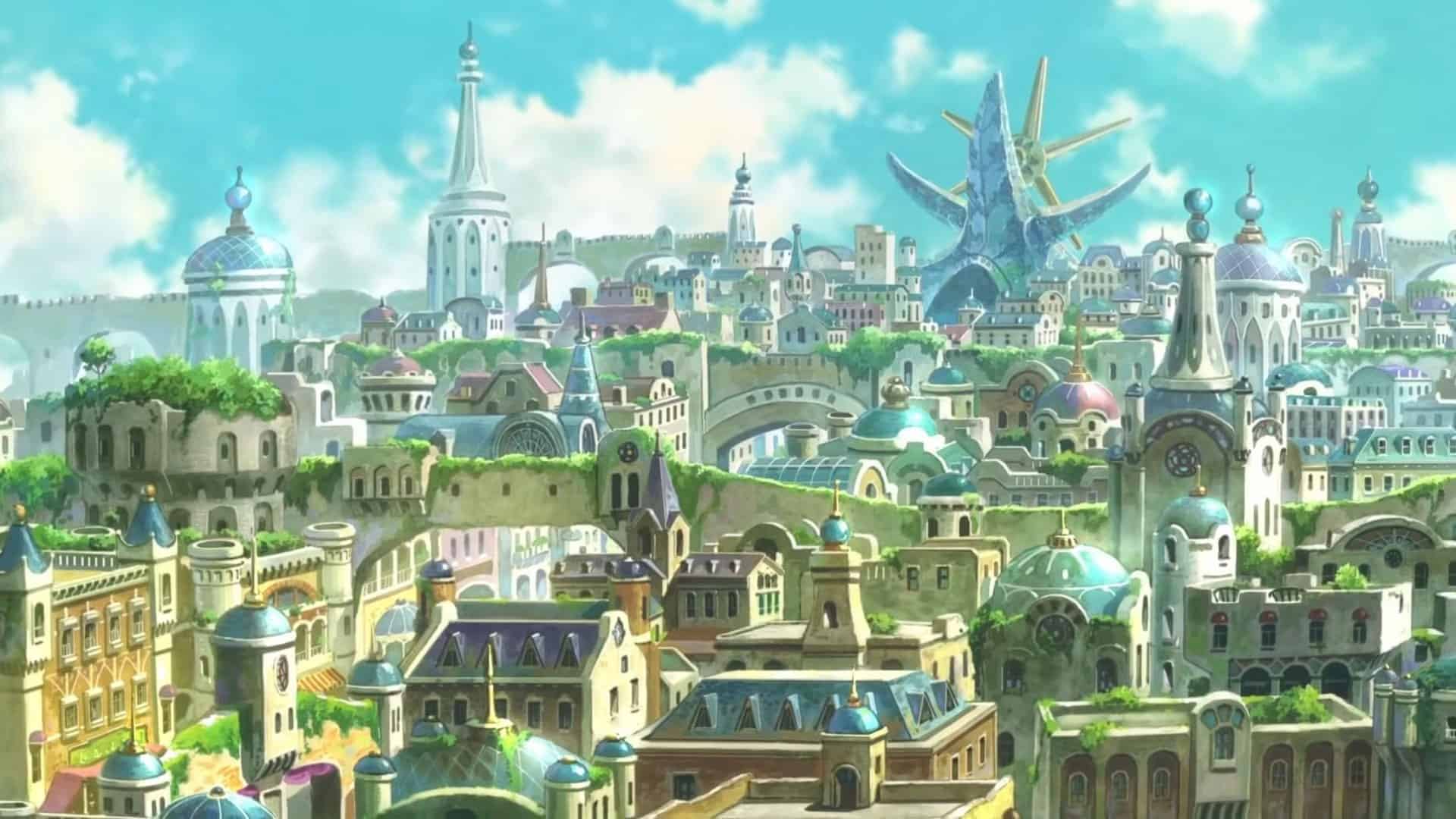 Kipo and the Age of Wonderbeasts – Netflix Kids And Family

“Burrow girl” Kipo’s life turns upside down when she surfaces in a wild world of mutant creatures. She’ll need all the help she can get to go home.

A cartel boss is released from prison and put in the care of nurse Mario (Luis Tosar), who questions his duty and reconnects with his traumatic past. 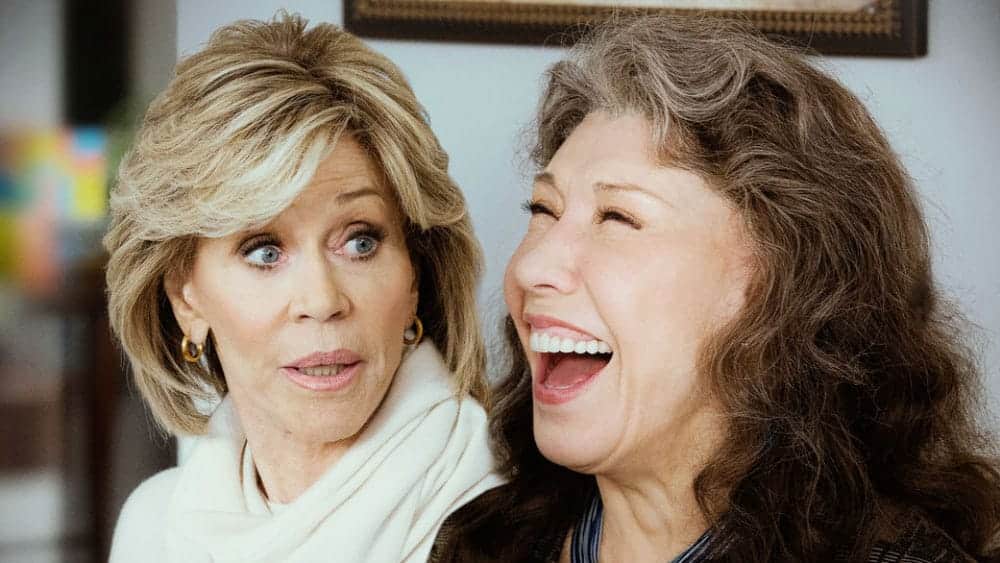 Jane Fonda and Lily Tomlin are two women reinventing their lives in this funny and honest series, now returning for Season 6.

High school colleagues Yuu and Haru travel between the real world and a parallel fantasy universe to help their friend Kotona, whose life is in danger.

Season 4 of the music series follows hip-hop in the U.S., showcasing the stories and sounds that shaped its history and culture. 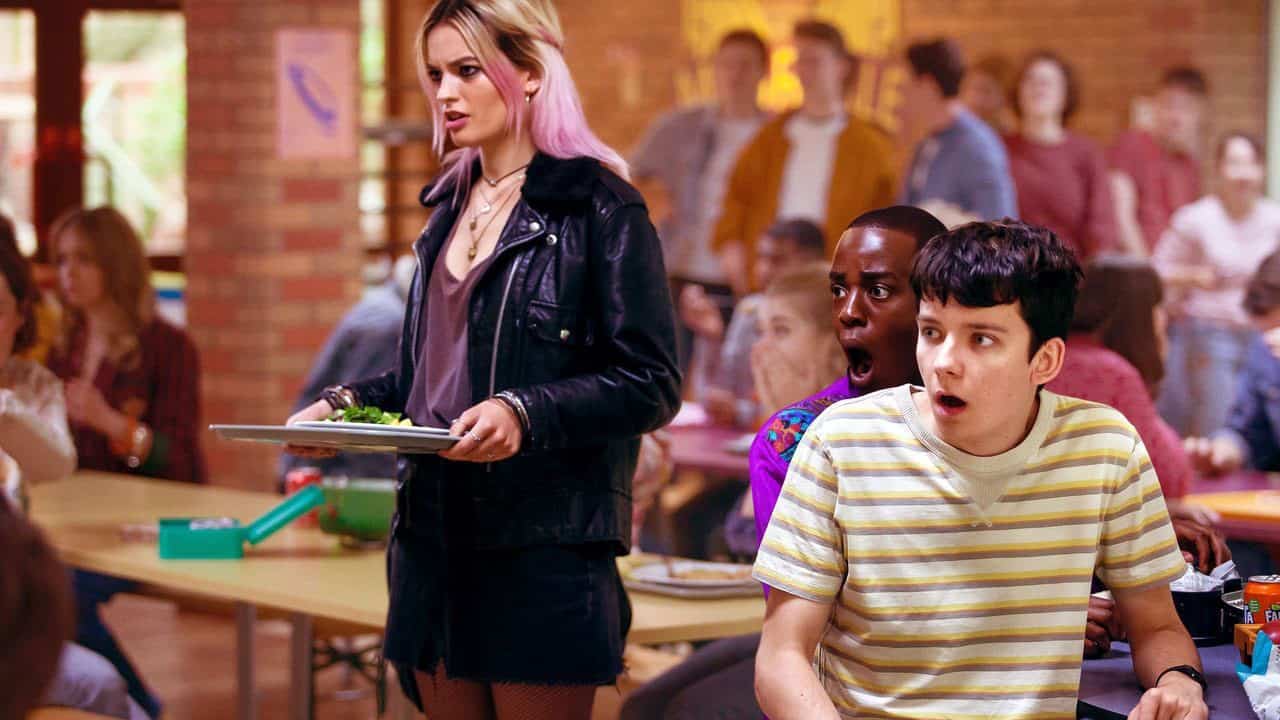 Sex. It’s on teenage minds. It’s messing with their heads. And this kid is the least likely sexpert in the schoolyard. The teen series returns for Season 2.

Emilio searches for the great love of his youth, with the help of his daughter and granddaughter. Will he be able to reconnect with this lost love before his memory fails?

Grace Waters (Crystal Fox), a longtime pillar of her Virginia community, stays composed when her ex weds his mistress and her son moves away. With convincing from her best friend Sarah (Phylicia Rashad), she tries putting herself first, and a handsome stranger (Mehcad Brooks) becomes her surprise second love.

This sitcom about a Seattle family who must readjust to simple living in Georgia returns for its second season.

Monster hunters Fred and Deloris Allen tangle with evil … and family drama with their teenage twins. From the comics by Steve Niles and Damien Worm.

In 1890s Malacca, a young woman finds herself in the afterlife and becomes mired in a murder mystery connected to the deceased son of a wealthy family.

When an influencer crashes her car while talking on the phone, she’s shipped to her grandfather’s country home, where there’s no signal. And no selfies.

Hard work and training have paid off for Seiya, who is now one of Athena’s Saints. But it doesn’t end here. What new adventures await the heroes of this epic saga in Part II?

This thriller follows a nurse who’s rebuilding her life, an ex-cop turned hit man, a photographer obsessed with death, a corrupt politician and a group of idealist friends — all linked by darkness and danger.

With a mix of scripted and documentary elements, this series examines the history of the Ottoman Empire.

This comedy series set on a ranch and starring Ashton Kutcher and Sam Elliott returns for its final season.

Kiernan Shipka returns as the half-witch Sabrina in Part 3 of this teen horror series based on the “Archie” comic books. 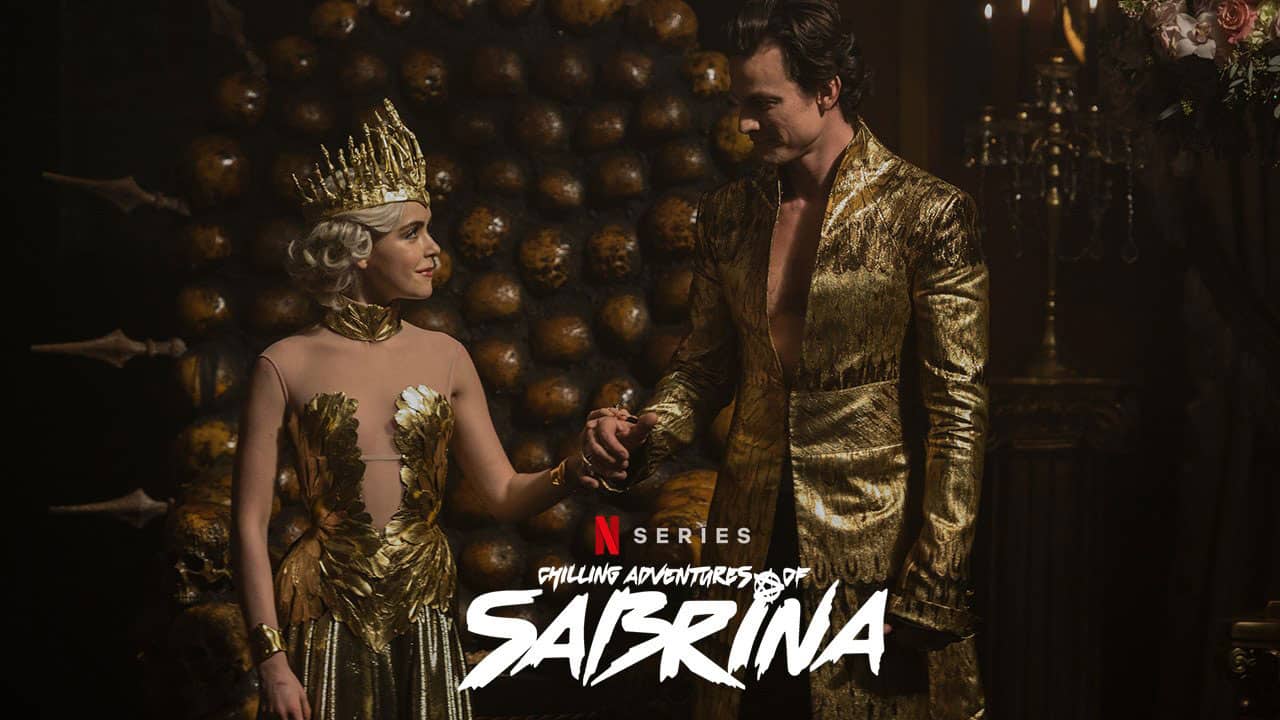 A family reckons with the aftermath of their younger son’s incarceration and a greater misfortune that follows.

Vir Das takes his audience on a celebratory journey through the history of India, from its people and traditions to modern culture and famous films.

Hugo is a handsome stripper who is involuntarily brought into the criminal underworld in this thriller about greed, betrayal, death and the thirst for revenge.

Next In Fashion  – Netflix Original Series

Designers team up to create visionary looks that work for absolutely everyone in this competition series hosted by Alexa Chung and Tan France.

A cop and a drug dealer who grew up in the same neighborhood reluctantly join forces to solve a murder. Matthias Schoenaerts and Reda Kateb star.

From the award-winning producers of “Planet Earth II,” “Life” and “Blue Planet,” this stunning natural history series reveals the wonders of the nocturnal world.

To find love, seven strangers leave Japan and embark on a journey through the continent of Africa together. Challenges, adventure and romance await! 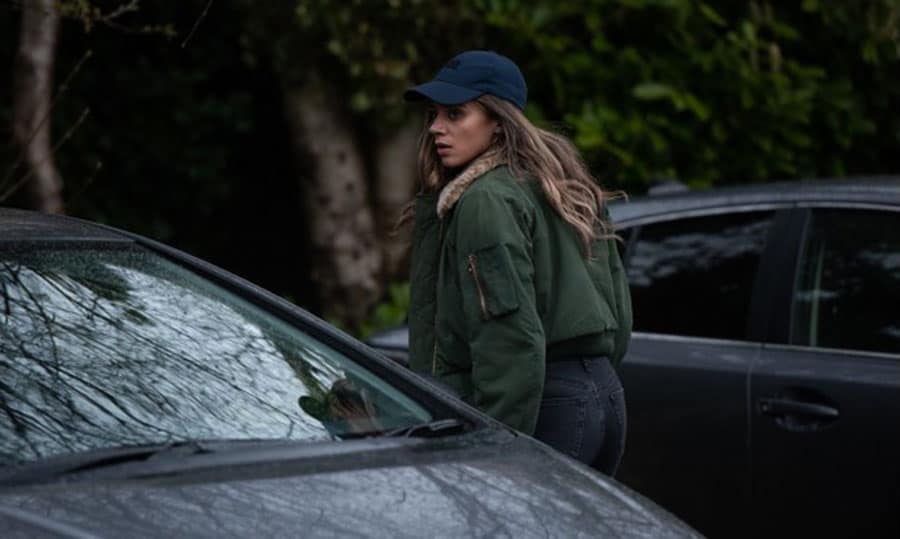 Secrets, violence and a conspiracy send family man Adam Price on a desperate quest to uncover the truth about the people closest to him.

In 17th-century Italy, a teenage midwife accused of witchcraft must choose between a star-crossed love and fulfilling her powerful destiny.

A teenage boy and his friends get caught in a clash between Brazilian witchcraft and Japanese Shinto spirits in their neighborhood.

A small Norwegian town experiencing warm winters and violent downpours seems to be headed for another Ragnarok — unless someone intervenes in time.

Demons walk among everyday citizens, and the angels took off long ago. Who’s left to save humanity? “Diablero” returns for Season 2.

Set in the decadent Berlin of the Weimar Republic, this award-winning crime drama returns for Season 3.

BoJack inches his way toward redemption as a stint in rehab forces him to confront his mistakes and start making amends.

With his debts mounting and angry collectors closing in, a fast-talking New York City jeweler risks everything in hopes of staying afloat and alive.

A young woman with cerebral palsy struggles to lead a self-determined life and is torn between family obligations and her dream to become a manga artist.

What are you watching on Netflix this January 2020? Let us know down below.