Ghostwire: Tokyo was first unveiled a couple of years ago to a mostly confused crowd. After all, developer Tango Gameworks’ speciality is primarily based in the horror genre, so it was puzzling to hear former creative head Ikumi Nakamura take the stage and delightfully confirm that it would be an action-adventure game as opposed to the developer’s previous ventures in horror. That’s not to say it isn’t rooted in horror, as you’ll come to read, but putting The Evil Within comparisons aside, you might find Ghostwire: Tokyo to be one of the most unique upcoming games you’ll ever likely play. 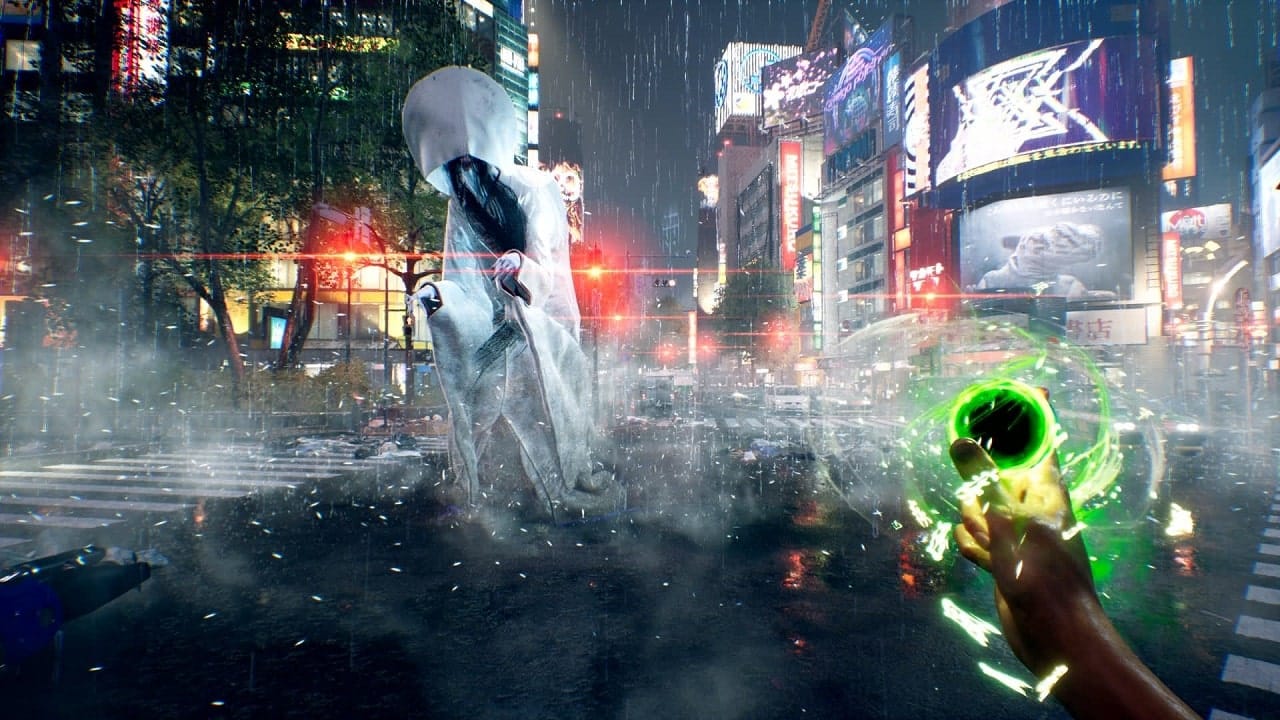 Ghostwire: Tokyo is set in the bustling metropolis of Tokyo, Japan. An apocalyptic event causes Japanese urban legends and myths to roam free on the deserted streets of the city, and it’s up to you, playing as protagonist Akito, to combat the evil that now lurks in Tokyo and uncover a deeper mystery that’s seemingly brewing with the Hannya-masked antagonists.

Apart from that, the trailers have offered very little story content to digest, and probably for a good reason. The game’s concept is already seeped in intrigue, and it’s fitting that the narrative is also being kept tightly under wraps. We know just enough to understand the bare minimum concept, but not enough to spoil us of any potential surprises that may be in store for us in the story. It’s a fine balancing act that Tango Gameworks worked to perfection with The Evil Within 2‘s marketing, and we’re seeing it out in full force with Ghostwire: Tokyo.

The Mystery of Spell Casting 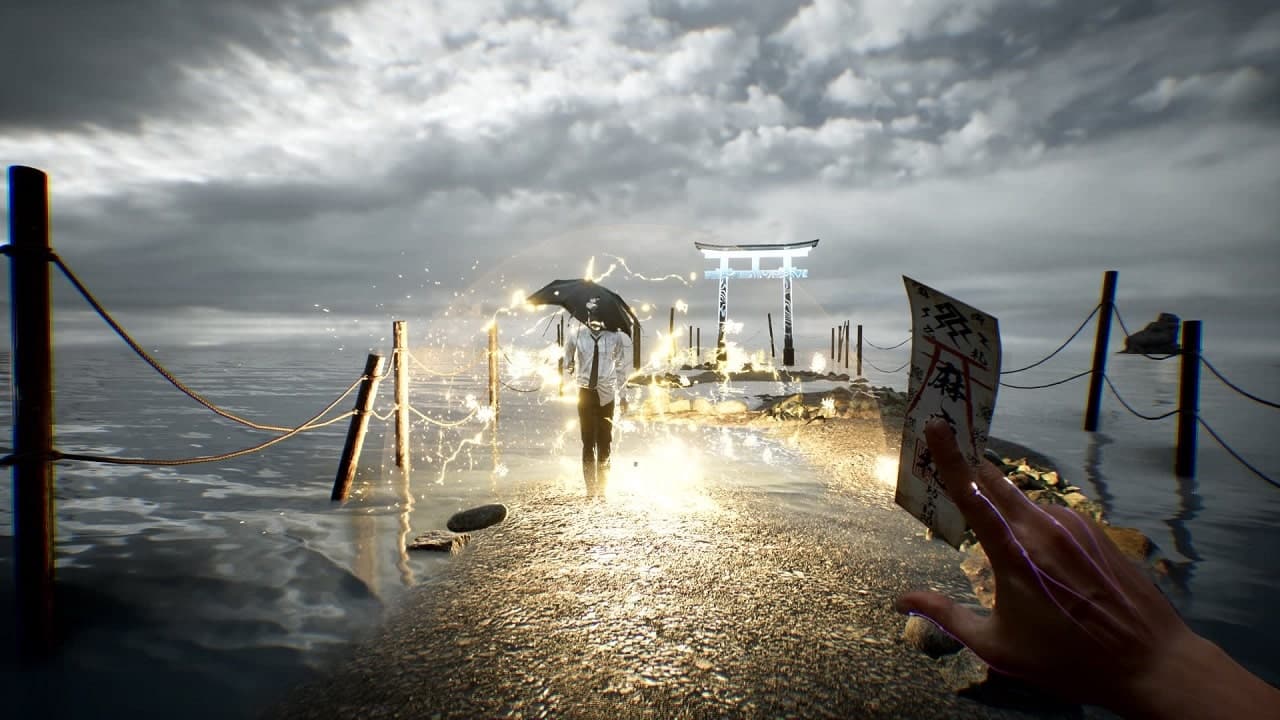 Arguably the most compelling aspect of Ghostwire: Tokyo‘s current marketing is its mystery and intrigue. The concept itself is wildly original and unlike anything we’ve ever seen in gaming. You’re playing as a mage-type hero who combats horrifying urban legends with an assortment of magical abilities as opposed to your typical guns. This immediately separates the game from its counterparts. Yes, it’s technically a first-person game, but a shooter it is not.

Instead, Ghostwire: Tokyo takes the more creative path of delivering combat that’s more magic-focused, which in turn gives us truly spectacular and stylish combat. The game’s combat director Shinichiro Hara describes the combat as “karate meets magic”, utilizing hand movements inspired by Kuji-kiri hand gestures to cast various paranormal and psychic spells. You’ll be battling these horrors using your spells, and traversing a Tokyo drenched in mystery, intrigue and terror all at once.

When an enemy loses enough of their health, their core will become exposed. Players will then initiate a killing blow via takedown moves to destroy the evil spirit. Of course, judging by the vast assortment of Japanese supernatural horrors and folklore that Ghostwire: Tokyo is drawing inspiration from, expect some enemies to be a lot tougher than others. 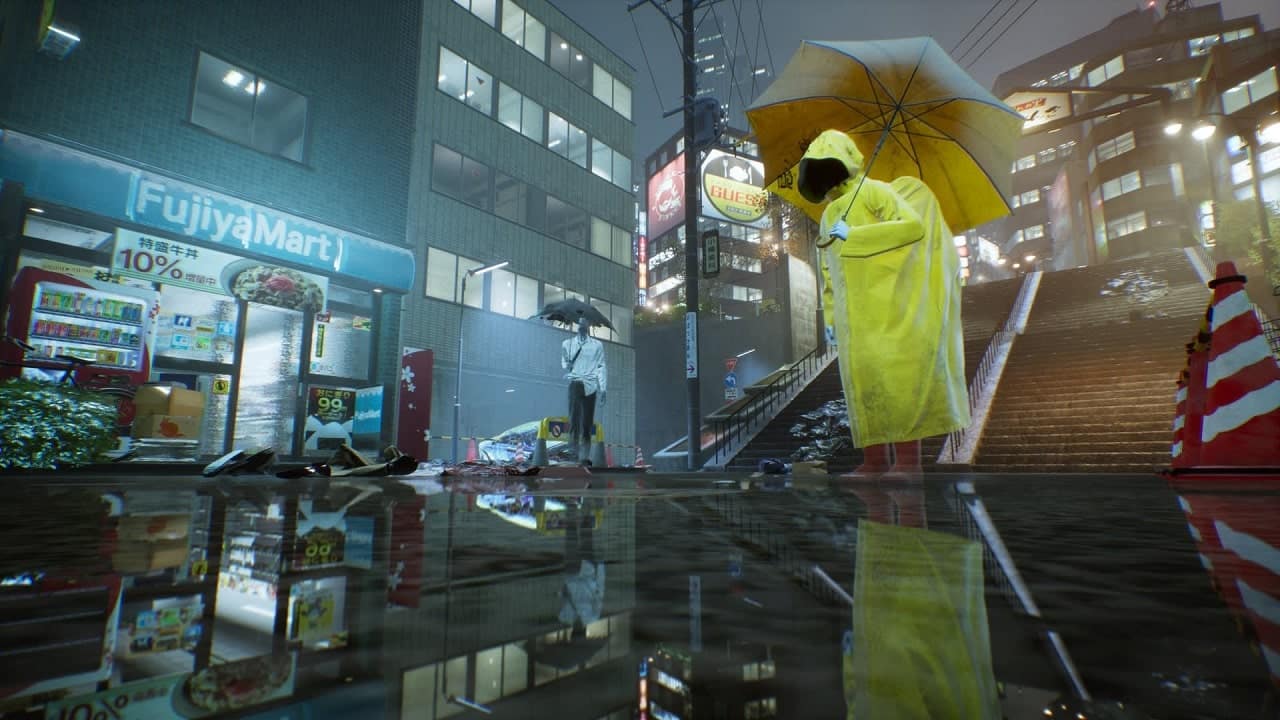 The biggest confusion surrounding Ghostwire: Tokyo is its exact genre – which is tricky to explain. Primarily, the game is an action-adventure with horror elements, but it’s not a horror game. That said, it doesn’t mean it isn’t going to be scary to some degree. Unlike The Evil Within series which is predominantly survival horror-based, this title is a deviation from that formula. Tango Gameworks is taking a bold risk with this move, but it’s an extremely experimental style that evolves their creativity instead of leaning into the safer route. Whether that pays off remains to be seen, but we’re betting it will.

That said, Ghostwire: Tokyo still seems to be dividing players who aren’t quite sure what it is yet. We’ve seen a similar reception to Arkane Studios’ Deathloop, but there’s no denying that the talent involved – which also includes the legendary Shinji Mikami – is enough to quell all concerns. 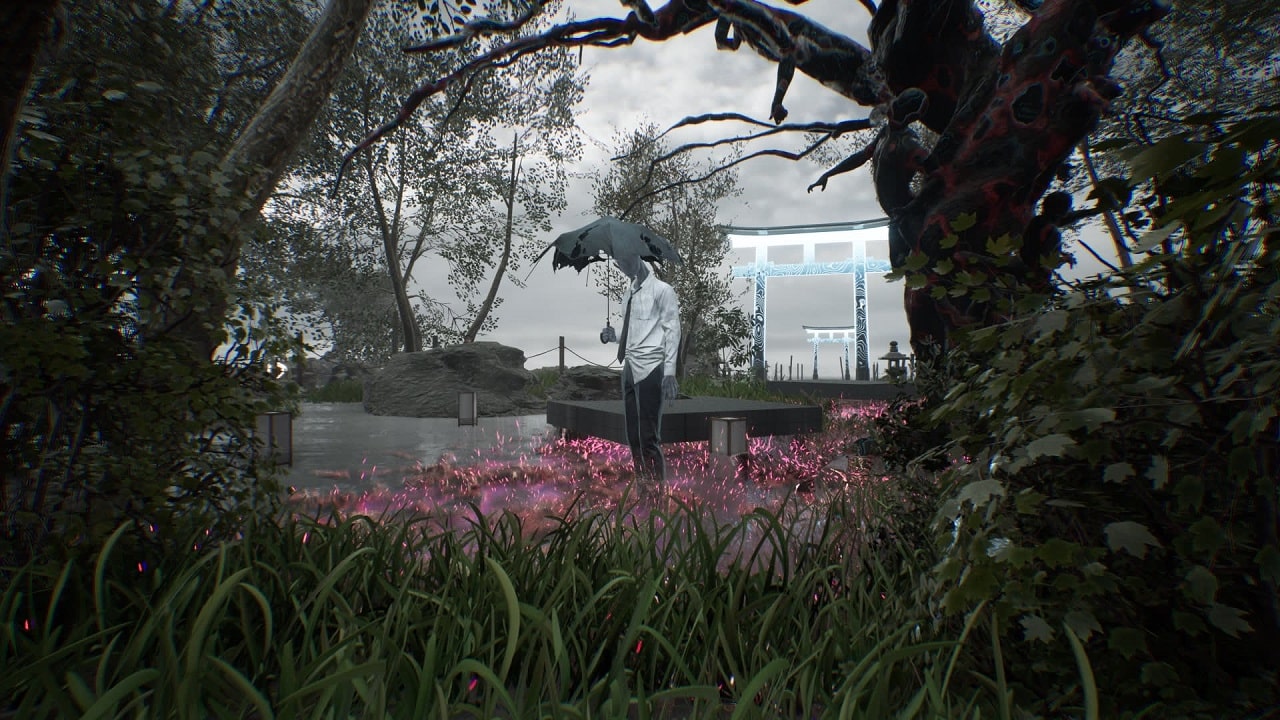 Ghostwire: Tokyo is undoubtedly an original idea that’s pieced together by several existing concepts. However, from a narrative standpoint, it’s already a refreshingly original and wholly bizarre story involving urban legends coming to life and battling horrors using spell-casting. There aren’t many games that can proudly boast about its originality, especially in this day and age, but Ghostwire: Tokyo somehow seems to be a step ahead of that notion in a creatively compelling way.

The style of the game is also something that’s weird on the surface, but absolutely works when you look into it. Unlike The Evil Within, Ghostwire: Tokyo dons more stylized visuals with some exaggeration in its otherworldly creature designs and combat. Instead of being rooted in gritty realism (like so many contemporary games try to push), the game boldly leans into a fantastical style that complements its outlandish story and gameplay. It’s eye-catching and immediately sets itself apart from other similar action or horror games.

Don’t Sleep On This Ghostwire: Tokyo may still be attracting plenty of furrowed brows as to what it actually is, but that’s exactly the kind of mysterious marketing that it needs. By keeping the intrigue thoughtfully hidden behind a veil of supernatural oddities and strange paranormal occurrences, the game already has the element of surprise baked into its core that could turn it into one of the biggest surprises of 2022. To that I say, don’t sleep on Ghostwire: Tokyo – it might sneak up on you.

Sam Aberdeen
PrevPreviousGTA V on PS5 Can Burn in a Fire as Fans Are Now Fed Up
NextMSI Prestige 14 Evo Notebook ReviewNext
Gaming | PC | Why Ghostwire: Tokyo Will Be Unlike Any Game You’ve Played

Gaming | PC | Why Ghostwire: Tokyo Will Be Unlike Any Game You’ve Played