Why You Have Every Right to be Pissed About Diablo Immortal

Why You Have Every Right to be Pissed About Diablo Immortal

If you were not on planet Earth these past few days you would have missed out on all the drama surrounding Diablo Immortal’s reveal. To recap, Blizzard revealed a Diablo game at BlizzCon 2018 last weekend and to everyone’s disbelief, they announced it would be a mobile game. The world lost its mind as fans of the Diablo series were completely taken back by Blizzard’s decision to release a long-running PC game series on mobile phones.

The feedback has been nothing but negative with hundreds of thousands of dislikes on the YouTube trailers, Reddit forums exploding with negative feedback and claim that Blizzard has been deleting comments from the trailers, and even social media posts voicing outrage about the announcement. But why are these fans going crazy?

A lot of people and close friends of mine have been defending Blizzard to a point where I had to sit and explain to them why this feedback has been so bad. So I thought I would write this instead for all those people out there that cannot understand why Blizzard’s Diablo Immortal announcement is now possibly the biggest disappointment of 2018.

Keep in mind that I do not promote hate speech or defamation of Blizzard. While I do agree with the negative feedback, I am not promoting the hate speech and every complaint should be done on a professional level. People were behind the creation of the game and I am sure it was created with good intentions.

First off, Diablo recently celebrated its 20th-anniversary last year. You will remember that Blizzard released the Necromancer DLC for Diablo 3 to celebrate. 20 years of a video game series could not have happened without the support and love from a passionate fan base and that is what has kept it going. 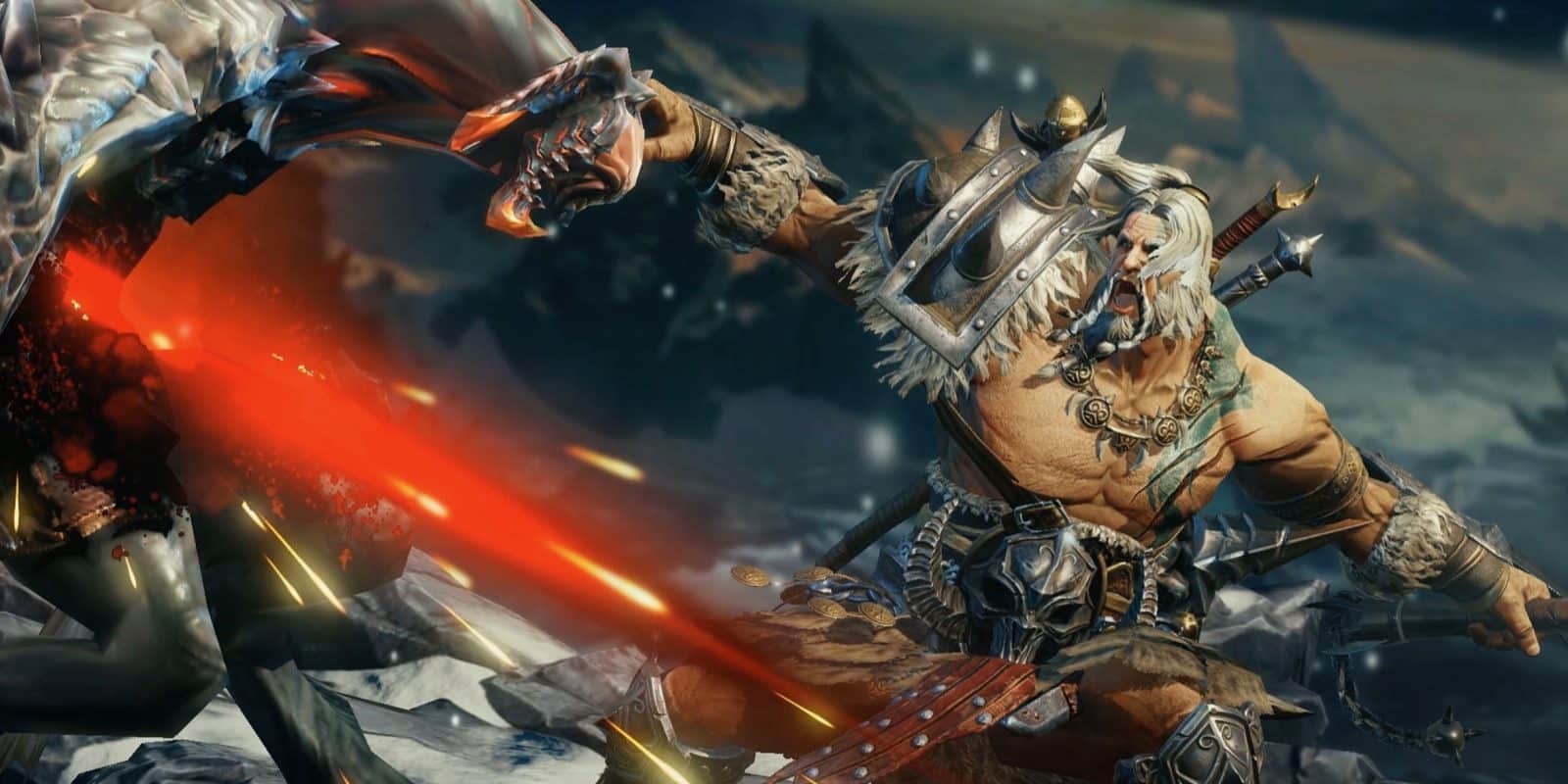 We know Blizzard has the most hardcore of fans in the industry and most of them are PC gamers. So when the announcement of their favourite 20-year-old game series was not coming to their platform of choice, rather to a mobile device, of course, they would have freaked.

Blizzard was basically telling them that they need to adopt a new gaming platform in order to play a Diablo game. Sure, one can argue the whole “Do you guys not have phones” debate, but as a hardcore gamer myself, I find mobile games shallow and I really only play Pokemon GO even though my iPhone X could deliver some pretty great gaming experiences. Most gamers don’t do mobile or only do mobile in rare cases. Blizzard should know that which leads us to the next point:

Does Blizzard Even Know Their Audience?

We heard from the Diablo 2 Producer that claims Blizzard don’t know gamers anymore and he could have a point. All the people defending Blizzard are using sentences like “entitled gamers being toxic” but is that really the case? Diablo has always been on PC and Blizzard has no plans to bring the mobile game to the platform which raises the question “do they even know their audience”?

Why in the burning hells would a studio who has always catered to PC gamers create a mobile game? Do they not understand their audience or are they trying to enforce their 2018 company money-making strategy on them?

It all boils down to them losing touch with what they were once great for. All I have seen on the net are hardcore fans saying Blizzard has been slipping for years now and this is the proof that the company has been on a downward spiral. For every passionate worker at Blizzard, there is a corporate man standing behind them making sure the money comes in. This has been going on since Activision bought Blizzard out all those years ago. This strategy may work for Call of Duty, but I believe you cannot pull the wool over everyone’s eyes.

Let’s be honest, mobile games, when compared to console and PC experiences are not the best in the world. Often they are ridden with in-game purchases and the worst of the kind. If you have ever complained about in-game purchases in console and PC games, then wait until you are faced with cooldowns that prevent you from starting a mission or opening a loot chest unless you have energy.

I have tried many RPG games on mobile, the Dungeon Hunter being one particular one. This game bears a very Diablo-esque vibe to it and hardcore RPG mechanics. Where it falters is in its money-making microtransactions that lock weapons, upgrades and even levels away from you. Want that sword to be stronger? You need gems that are bought with real money. Want to play for a lengthily period and perhaps get somewhere in the game? Sorry, but you are out of energy so no.

Mobile games just have this crappy reputation and for good reason. They are marinated in flashy trailers, gorgeous screenshots and some of them even have triple-A licenses but at the end of the day, they are all shallow and rotten to the core in microtransactions. Given that NetEase is working on Diablo Immortal and all their past games are everything I listed above, you have the right to complain about this.

This is not a sequel to Diablo 2!

One of the biggest parts of the Diablo Immortal announcement was the fact that this mobile game would be a follow up to Diablo 2. That got me excited because Diablo 2 is still better than Diablo 3 today and you can fight me. When Blizzard showed off the gameplay of Diablo Immortal it looked and felt nothing like Diablo 2.

Where are the Assassin and Druid classes? Where is the Diablo 2 gameplay that is not an arcade-like RPG like Diablo 3? It is nowhere to be seen. Instead, it looks like Blizzard copied and pasted Diablo 3’s assets, gameplay, characters and art into this mobile game which is a follow up to Diablo 2, keep that in mind.

This whole “follow up to Diablo 2” statement feels shallow and comes across as a way to draw Diablo 2 fans into the hype. No, I have not played the game and perhaps the lore ties into the events after Diablo 2, and Blizzard’s focus on Mephisto could be true but don’t claim its Diablo 2’s sequel and have it look, feel, and play like Diablo 3 with no proof to your claim.

Diablo 4, where art thou?

Probably the worst part of the announcement and the biggest punch to the gut from all this is that this is not Diablo 4. It has been over 6 years since the release of Diablo 3 and it could be too early to hope for a sequel.

Given that Blizzard only focuses on WoW and Overwatch because that is where they make the most money, asking for Diablo 4 could be a premature request.

With the recent weeks leading up to BlizzCon 2018, reports started to rise about Blizzard’s Diablo projects and they even teased that they were working on multiple projects. The hype was building and everyone tuned into the opening ceremony for only Diablo news. Well, we got the news and it was not what everyone hoped for. 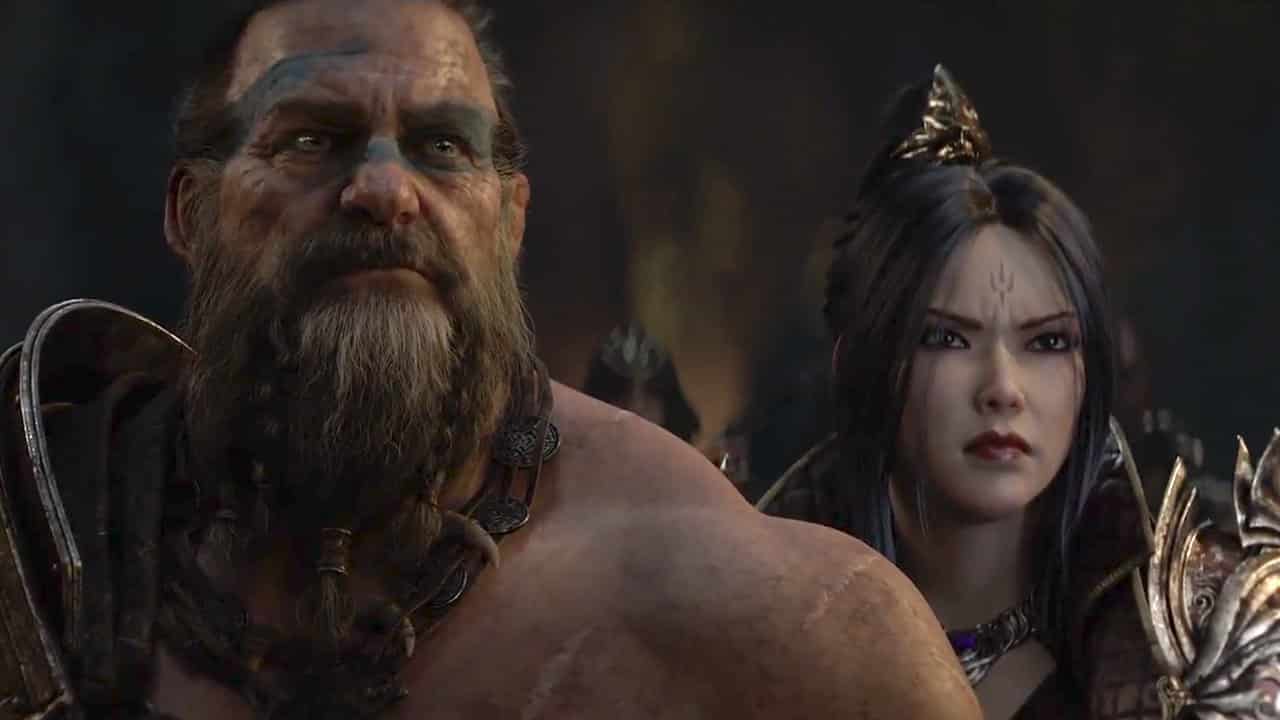 We need to keep in mind that we are not entitled to a sequel to Diablo (yes, I used the word), but don’t string hope in front of our eyes and then reveal it to be a pile of trash. Everything mentioned above about the fan base being hardcore, the series being 20 years old and that mobile games are crappy should have been warning signs for Blizzard to rather leave things until we can get Diablo 4. But then again, how will Activision make their money then?

What is the biggest reason for your rage against Blizzard and Diablo Immortal? Let us know in the comments below. 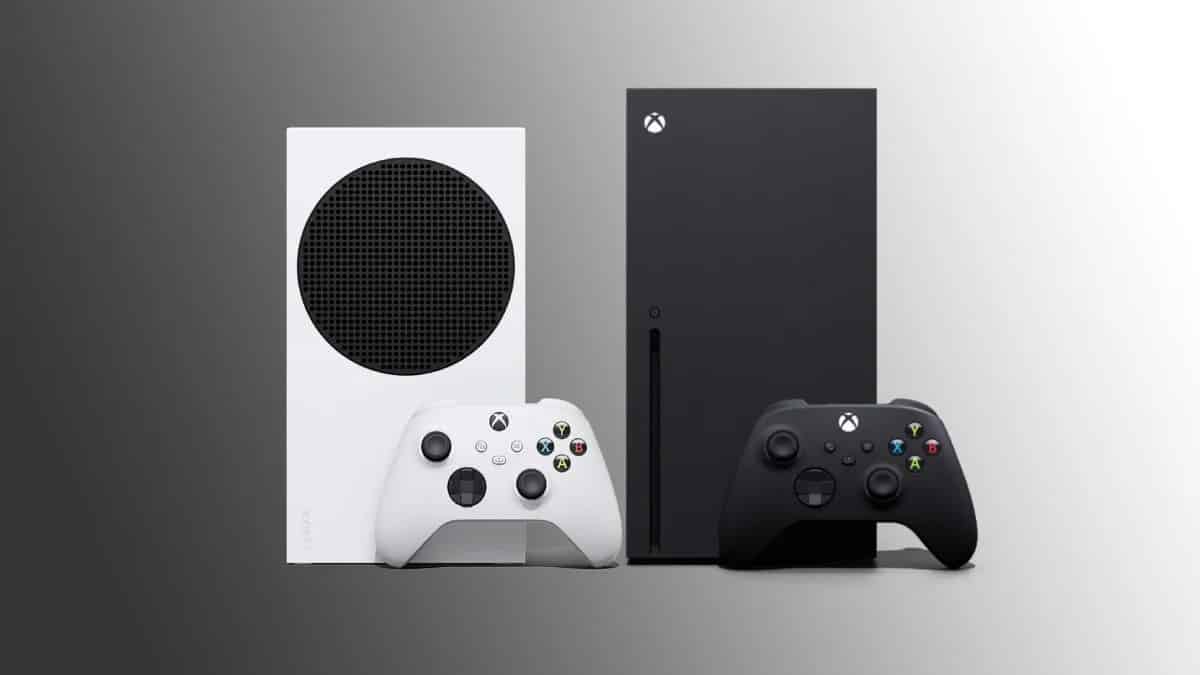 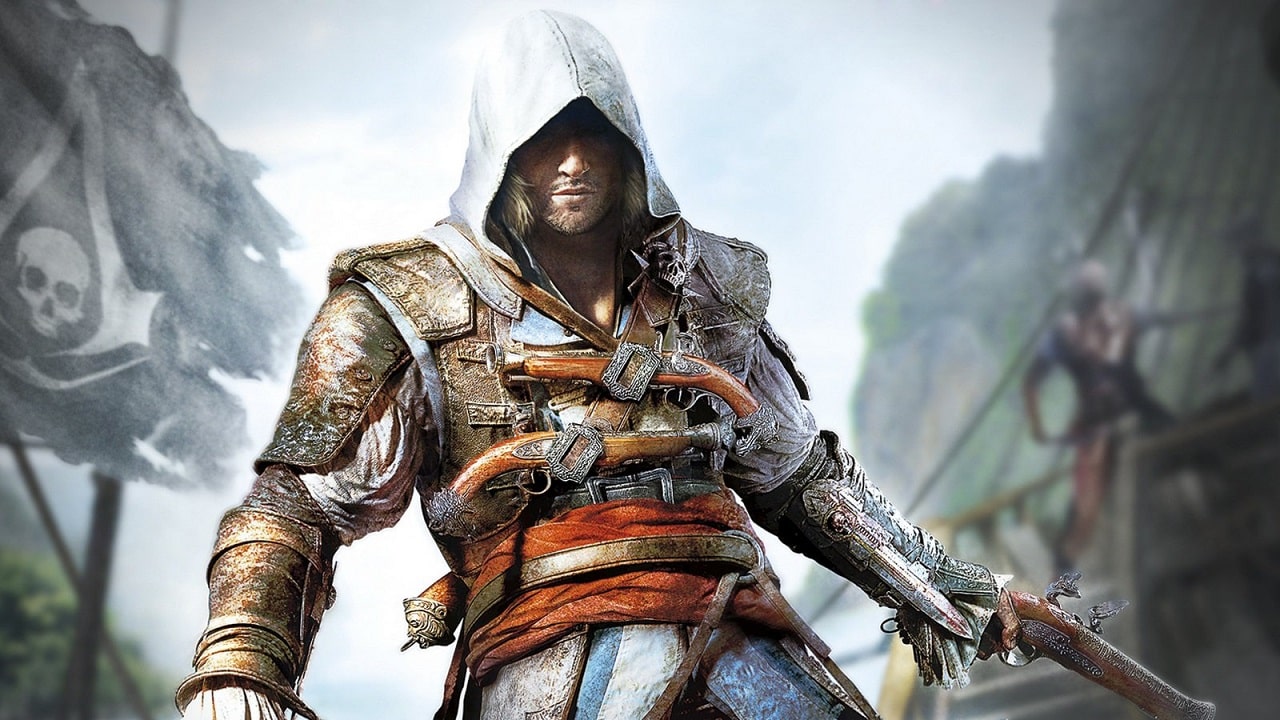 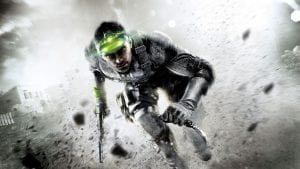 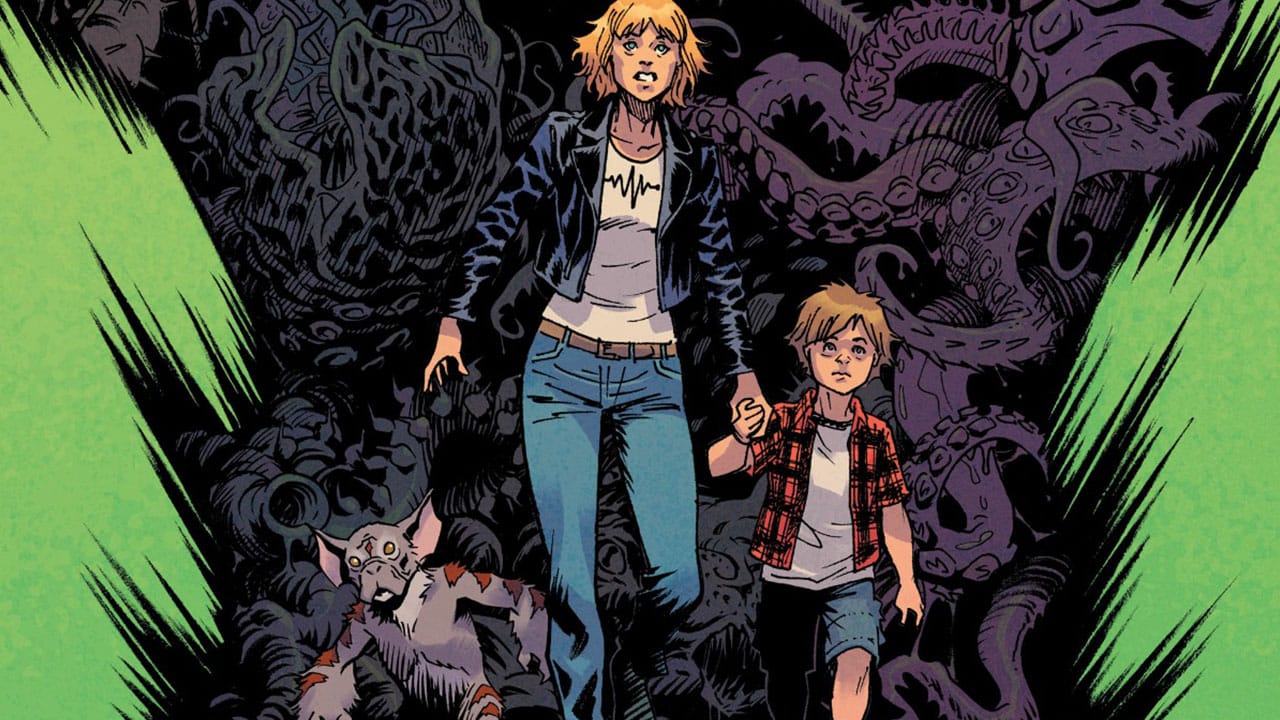