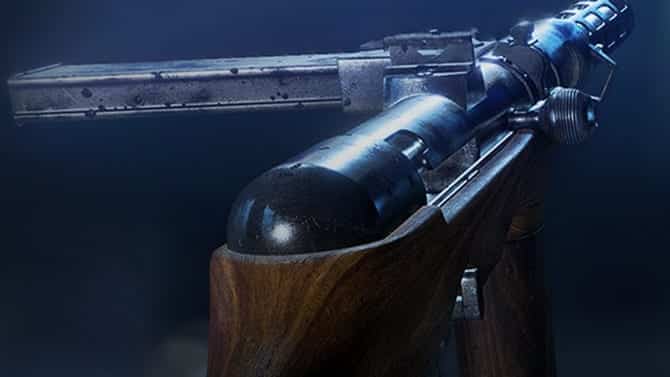 Battlefield V specializations include upgrade trees for weapons and vehicles and add a layer of choice to gameplay that personalizes the experience. Each specialization contains pros and cons, and players will have to consider several factors before they commit to an upgrade path.

Specializations won’t make you invincible, though. They are designed with balance in mind and won’t create disadvantages for new players going up against players who’ve already put in hundreds of game hours.

You purchase upgrades through the in-game currency, “Company Coins.” You earn these by simply playing the game. You can also purchase “Premium Company Coins” with real money, but these can only be used for cosmetic upgrades. The Company is home to all your Battlefield V specializations. 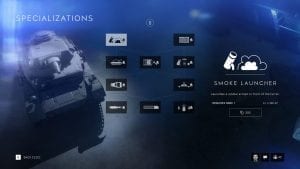 Vehicle specializations affect both defensive and offensive characteristics. These include things like handling, defence, speed, and utility. It plays a significant role for those who prefer playing alone as you can change your specs to best suit your playstyle. For example, you can tailor your tank to have stronger defensive abilities when playing alone, than when with a dedicated squad. For squads, it can be a powerful feature that can complement their strengths or compensate for their weaknesses.

Battlefield V specializations, however, does not change the core features of a vehicle, but rather enhances some at the cost of suppressing others. For example, you cannot change the heavy Tiger I to suddenly move like the Staghound T17E1.

The above tank specialization tree shows the Panzer IV. There are three columns, starting on the left we have four customizations; Smoke Launchers, then Armored Skirts, Pak 40 L/43 (replaces the default tank gun) and at the bottom, Armor-Piercing Round.

The middle column includes Field Repair (an instant fix for damage), and Case Round (loads a shrapnel shot that can destroy enemies approaching your tank).

The specializations on the right set up your tank as an effective anti-infantry weapon. At the top is the Zimmerit Paste (grenades & mines won’t stick), then the Flare Launcher, the Improved Turret Transverse (allows faster rotation to track moving targets), Then the S-Mine Launcher (releases air-bursting explosives around the tank as a defence against infantry).

Lastly, you can deck out your tank from features only on the left or right side, or you can select specializations across the columns. It all depends on your playstyle or the situation you’re going to face. You can also re-spec your vehicles and change their look with vehicle-specific Special Assignments. 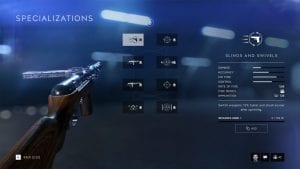 The most important thing to remember with weapon specializations is that no matter the changes, weapon balance remains the overall goal.

Weapons should all be balanced, uniquely different, fun to use, and give beginners and pros something to learn or master.

So, to even the battlefield at launch, each class will have one weapon’s Specialization wholly unlocked. You can also re-spec these when it reaches Rank 4. In Battlefield V, weapon specializations are separated from cosmetic alterations (unlike in Battlefield 4).

The above image shows the Specializations tree for the EMP. It has eight specializations, which is the same for all primary weapons. The column on the left focuses on close-range combat, while the right column can gear your weapon more towards medium and long-range combat.

As we explained in Battlefield V Weapon Progression; there are perks but also trade-offs in every decision you make. You can see the effect of every choice on the right under the meters section for damage, accuracy, hip fire, and control.

In the right column. Quick Aim (decreases zoom time from 200ms to 133ms), then Custom Stock (33% reduction in spread while moving aiming down the sights), Lightened Stock (60% speed increase while aiming around corners), and Barrel Bedding (75 spread reduction for aiming down sights).

As with vehicles, you can re-spec any weapon and unlock cosmetics with weapon-specific Special Assignments.

Battlefield V releases worldwide on November 20 for PC, PS4, and Xbox One. If you’re an EA or Origin Access member, you can start playing as early as November 9.