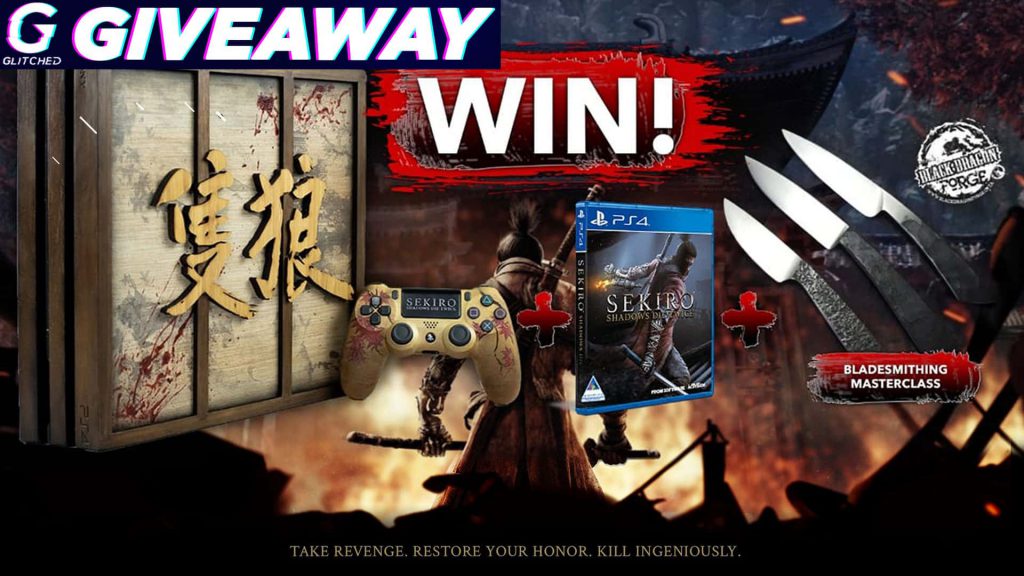 Sekiro: Shadows Die Twice in the much-anticipated upcoming release from the masterminds behind the Dark Souls series, From Software. Many of you may have seen a very cool looking PS4 Pro console doing its rounds on the web.

The console is custom made with a very Japanese temple-like vibe. Wooden trimmings, a bit of blood and the overall look as if something murdered someone, blood splattered on the door and Activision took off the doors and put them onto a console.

The good news is that you can win one of these very, very limited edition consoles. There are only 40 of them available in the world which puts this console up there with some of the rarest consoles ever made.

Megarom Interactive and Activision are hosting the competition and entry is simple. Head over to the Sekiro: Shadows Die Twice PS4 Pro web page, fill in your details and stand a chance to win. You can also refer a friend for extra entries.

Not only can you stand a chance in winning the console, but Neels van den Berg, the guy that made that awesome Assassin’s Creed blade? Well, he will also be giving the winner an opportunity to attend his or her own blade forging classes.

It is quite a giveaway and we recommend you all enter.

In Sekiro: Shadows Die Twice you are the “one-armed wolf”, a disgraced and disfigured warrior rescued from the brink of death. Bound to protect a young lord who is the descendant of an ancient bloodline, you become the target of many vicious enemies, including the dangerous Ashina clan. When the young lord is captured, nothing will stop you on a perilous quest to regain your honour, not even death itself.

Explore late 1500s Sengoku Japan, a brutal period of constant life and death conflict, as you come face to face with larger than life foes in a dark and twisted world. Unleash an arsenal of deadly prosthetic tools and powerful ninja abilities while you blend stealth, vertical traversal, and visceral head to head combat in a bloody confrontation.

Check out the latest trailer for the game below and make sure to follow Megarom Interactive on Facebook, Twitter and Instagram for all the updates. Sekiro: Shadows Die Twice is releasing on 22 March 2019 for PS4, Xbox One and PC.