Sekiro: Shadows Die Twice it out today and if you are looking for a hardcore action adventure then the game will surely satisfy that itch. The game is the latest title from Dark Souls and Bloodborne creator From Software and with Hidetaka Miyazaki at the helm, Sekiro delivers a chilling and unforgiving experience.

You can read my entire review of the game here and make sure to check out the video review if you want to see the game in action.

Megarom Interactive is currently hosting a pretty cool competition where you could win one extremely rare limited edition PS4 Pro console that has been designed based on Sekiro: Shadows Die Twice. We unboxed the console and filmed it and wow, it is just awesome! Check out the full unboxing video below of this epic console;

Before we start, shout out to Megarom for sending us the console to unbox and film. The most important of all is that you can stand a chance to win this very console along with a copy of Sekiro: Shadows Die Twice and the Steelbook that comes in the Collector’s Edition of the game. You will also win a blade blacksmithing class with none other than Neels van den Berg at the Black Dragon Forge.

The Sekiro PS4 Pro has some really fancy standout features. Most striking of all is the dark bamboo wood exterior shell that is actually made of real bamboo wood. It’s the first thing you notice when taking the console out of the box is that varnished wooden aroma. The front is bamboo that has been dyed and carefully hand-crafted to represent a sliding door you would find somewhere in the distant mountains of Japan in a Pagoda somewhere deep in the valleys. 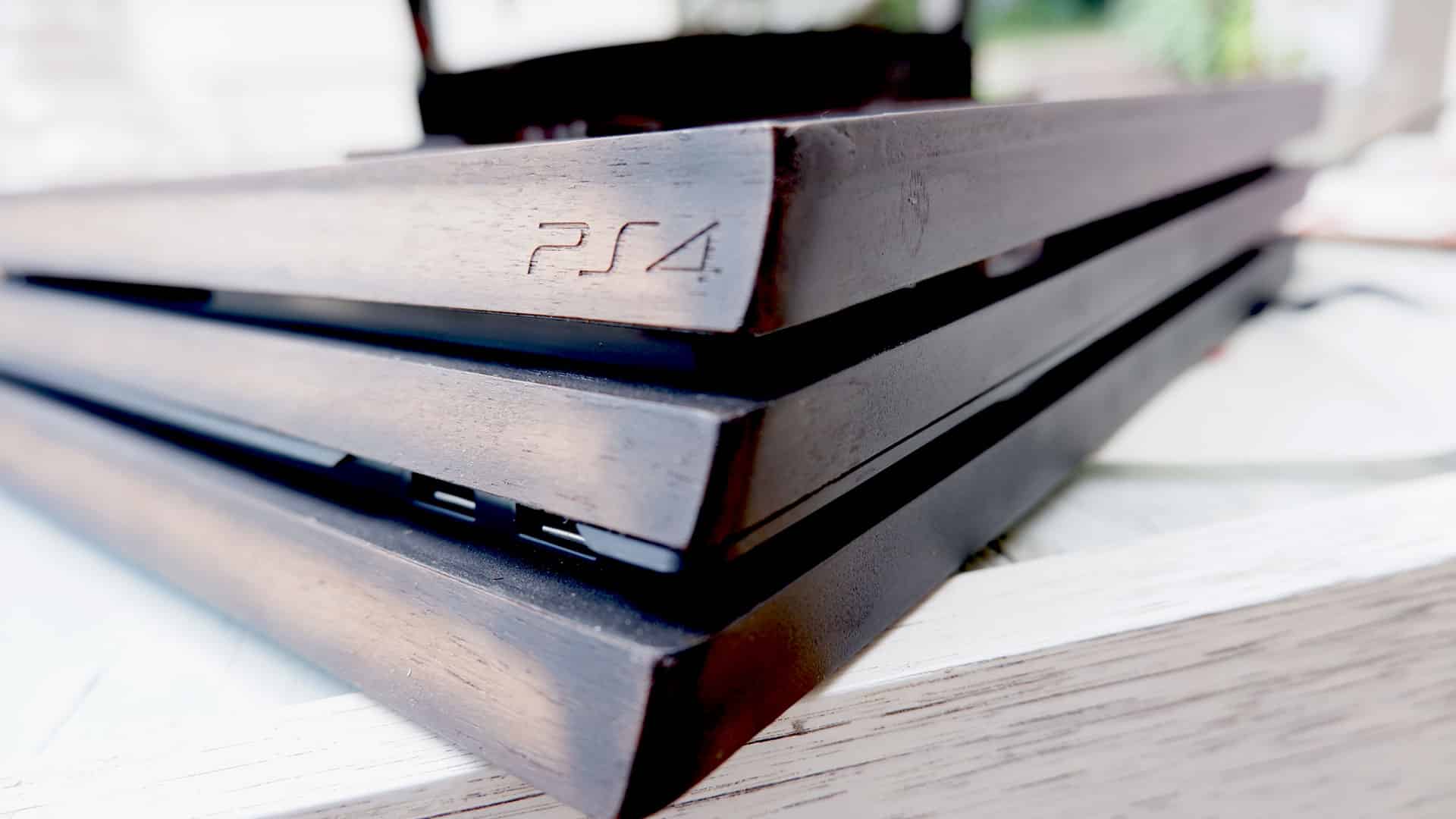 The wood trimmings wrap around the console over the three layers of the PS4 Pro’s sandwich-like design giving the console a wooden box-like feeling. On the front, there is an aged artwork that resembles a tissue paper window, again taking inspiration from the great architecture in Japan.

Sekiro is a bloody game so there was bound to be blood spilt on the console. The few splats that are painted across the front are faded as if someone was murdered protecting this console decades ago. The blood adds to the faded artwork that makes up the rest of the top layer. This design gives you the feeling of paper as you rub your hands on it and represents the same material used in various doors and windows throughout Japanese history. 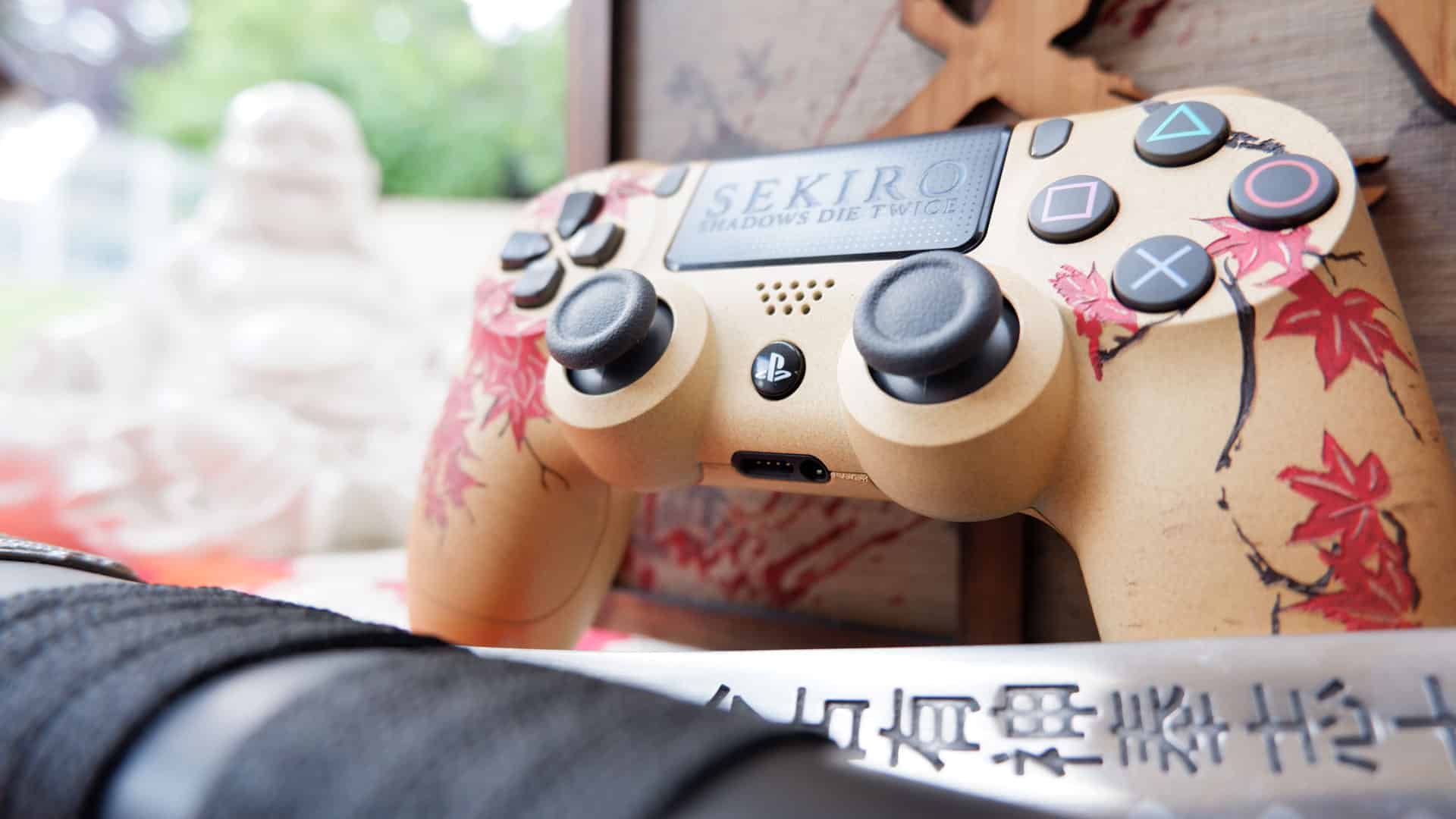 Lastly, we have the giant bamboo wood text on the front which is none other than Sekiro. The Japanese text directly translates to the name of the game’s main hero. Sekiro means “One-armed-wolf” which is fitting as he loses his arm in the early game and the word “Wolf” refers to Sekiro being a protector of which he is tasked to protect Kuro, the divine heir.

The console also includes a controller which has a beautiful hand-painted design to it. It is as if someone just painted the controller and left it out to dry as the texture feels as if you are rubbing your finger across a pastel painting. The words “Sekiro: Shadows Die Twice” are printed onto the touchpad.

The Sekiro: Shadows Die Twice PS4 Pro console is very striking and one of the most unique we have ever had our hands on.

So how do you win it?

Well, Megarom is giving this very console away with the controller, the game and the Steelbook. You will also win a blade forging class with Neels at the Black Dragon Forge. All you need to do is head over to Sekirothegame.co.za and fill in your details.

Those of you who pre-ordered the game through BT Games are already in the running to win the console too as all pre-orders counted towards an entry too. If you purchase Sekiro: Shadows Die Twice through BT Games you will also get an entry. You can still enter through the official website for an extra entry.