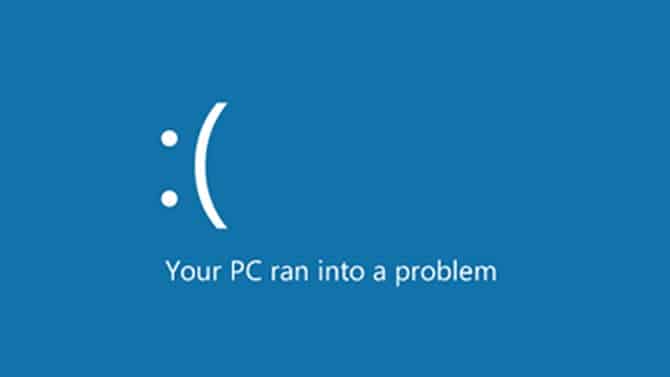 The Windows 10 October Update is here, and it is causing havoc for users. Last year, the mandatory October update resulted in some Windows 10 users getting the Blue Screen of Death, while others reported a memory usage problem. I was one of the unfortunate users affected by last October’s update, and it was a nightmare to get my PC to run at optimal performance again.

Last month, Microsoft issued the first warning for the October Update, stating that users should clear enough hard drive space to prevent the update running in a loop.

Now, according to reports, the new Windows 10 October Update is wiping all user profile data, and there is as of yet no fix. Reports on Reddit, Twitter, and the Windows forum paint a grim picture of files lost, and users unable to recover it.

I have just updated my windows using the October update (10, version 1809) it deleted all my files of 23 years in amount of 220gb. This is unbelievable, I have been using Microsoft products since 1995 and nothing like that ever happened to me.

So after updating i discovered that my documents, pictures, music, videos are gone.

Last night I updated to 1809, and it all went smoothly, but then I find that all my files in Documents are DELETED. Gone. Poof. This included many crucial documents and financial info.

The three examples above echo what many Windows 10 users are reporting, and Microsoft has yet to issue an official statement about the issues.

Rolling back the install won’t restore your data. So far, it looks like there is no way to prevent the Windows 10 October Update from deleting your data. The first thing you have to do right now is to backup all your files to an external hard drive or Dropbox.

What I can gather from various reports, is that the data wipe relates to users that fiddled in some way with their One Drive and My Documents settings. A possible solution surfaced on Reddit.

“You need to find the GPO setting for

Computer Configuration/Administrative Templates/System/User Profiles/Delete user profiles older than a specified number of days on system restart – THIS NEEDS TO BE DISABLED OR SET TO NOT CONFIGURED.”

The Windows 10 October Update is mandatory, so there isn’t much you can do to prevent it from running. However, there are two things you could do to delay it. The first is to block your system from updating for 35 days.

The second is to disable automatic updates: Settings > Update & Security > Windows Update > Advanced Options. Set everything to off. What you shouldn’t do is to run the setting “Check for Updates” as it will then automatically run the Windows 10 October Update.

According to insiders, Microsoft is pausing the update until further notice – unless you select the above option.