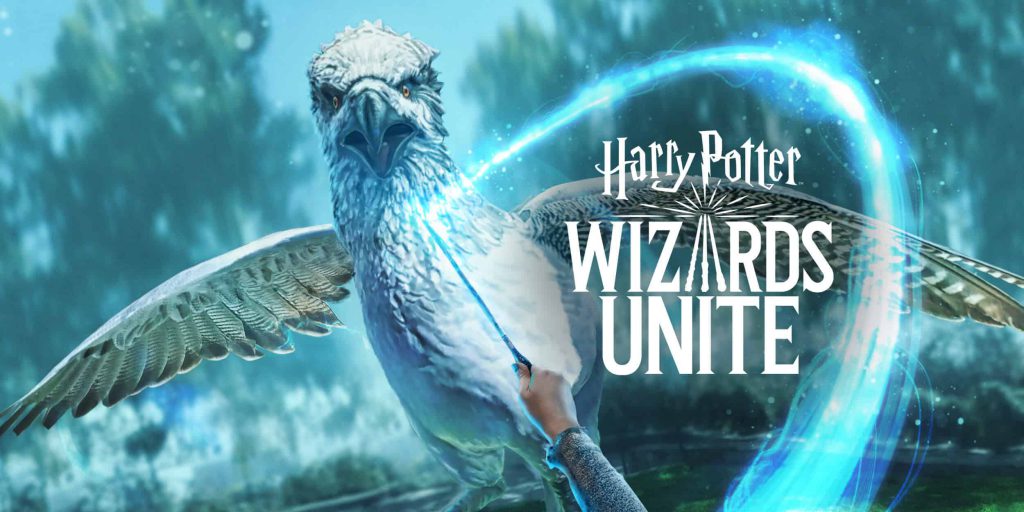 Niantic Inc., the creators behind the hugely successful AR mobile game, Pokémon GO has unveiled more exciting details about its next AR game – Harry Potter: Wizards Unite. The game was announced all the way back in November 2017 already, so fans have been eager to get more information about the next game from Niantic Inc, which we now have.

Related: 5 Marvel Females That Should Get Their Own Superhero Movies Like Captain Marvel

Harry Potter: Wizards Unite is being co-produced by Portkey Games, which is behind the previous Harry Potter mobile game, Harry Potter: Hogwarts Mystery. The new game looks to be completely different to the previous iteration and allows mobile gamers to cast spells and compete in magical challenges, in the real world thanks to augmented reality technology similar to that used in Pokémon GO.

In Wizards Unite, players will be tasked at keeping the wizarding world’s many magical secrets safe from Muggles (non-magical folk). The Calamity – as it is being called – is causing magic to spill over into the Muggle world. Players will have to unite (as the title of the upcoming game suggests) to contain the magic to the Wizarding World once again and keep the secret of magic safe from Muggles.

Your journey begins as a new recruit of the Statute of Secrecy Task Force, established by the Ministry of Magic and the International Confederation of Wizards for the purpose of investigating and containing The Calamity.

Players will see Foundables on their map, which are magical objects affected by The Calamity that appear in the Muggle world and need to be returned to the Wizarding World. Certain Foundables are more likely to appear at some real-world locations (just like Pokémon GO and Pokémon) including parks, banks, municipal buildings, campuses, libraries, monuments, zoos, galleries, and more. You contain these Foundables by casting various types of spells and earn “unique rewards” for returning Foundables to the Wizarding World.

Wizards Unite requires you to stop by Inns to collect food and drinks to replenish Spell Energy which is consumed when casting spells. These Inns, similar to PokéStops and Gyms in Pokémon GO, will be located at real-life locations similar to those listed above. You can also combat in the new game by visiting Fortresses which host Wizarding Challenges, which are raid battles against Death Eaters, Dementors, and other magical enemies. Rare Foundables can be found at Fortresses.

A unique feature in the upcoming mobile game is the ability to collect ingredients to be used to brew Potions which will aid players in their quest to contain The Calamity. These ingredients will appear on your map depending on where you are, what the weather is like and what time of day or night it is. Ingredients will also be located at specially designed Greenhouses.

Players can choose a magical profession to gain skills in. These include Aurors, Magizoologist, and Professors, which will also be the teams that players belong to.

The new mobile game will be combining content and characters fans treasure from the Harry Potter franchise with the new Fantastic Beasts movies to give players a unique taste of the Wizarding World created by J.K. Rowling.

Related: Flying Taxis Will Be Our Mode Of Transport In 10 Years According To Intel

The new mobile game will be released later this year for iOS and Android devices, but no official release date has been revealed just yet.

Are you excited for Harry Potter: Wizards Unite?

PrevPreviousFlying Taxis Will Be Our Mode Of Transport In 10 Years According To Intel
NextDOOM: Annihilation Trailer Drops & It Might Be Worse Than The First FilmNext