A long time ago we used to live in an age where video games would release in a region and never leave that region. Wonder Boy IV was one of these games. I remember playing this on my SEGA Mega Drive not because I lived in Japan where the game was released, but because my mom got me the game along with this thing called the Mega Key.

This cartridge had a bunch of switches on it that let me fake the region so it ran on my console. Long story short, I was young, the game was amazing but I could never get past the second zone. I was four years old so perhaps the game was a bit of a challenge at that age. Fast forward multiple console generations and Wonder Boy IV has been remade in all its glory. Dubbed as “Wonder Boy Asha in Monster World“, the game is a direct remake of the original SEGA Mega Drive classic. Everything about it remains true to the original game. From the soundtrack to the characters, story and even the art style, while being 3D, is on point.

Booting it up and playing the game was like reliving my childhood. Wonder Boy Asha in Monster World doesn’t play around when it comes to the original’s clumsy platforming and quests that rely on having a little bit of initiative on how to get past certain roadblocks. The story is also quite basic and follows Asha on an adventure to save cute little spirits from an evil group of sultans who have taken over each realm. 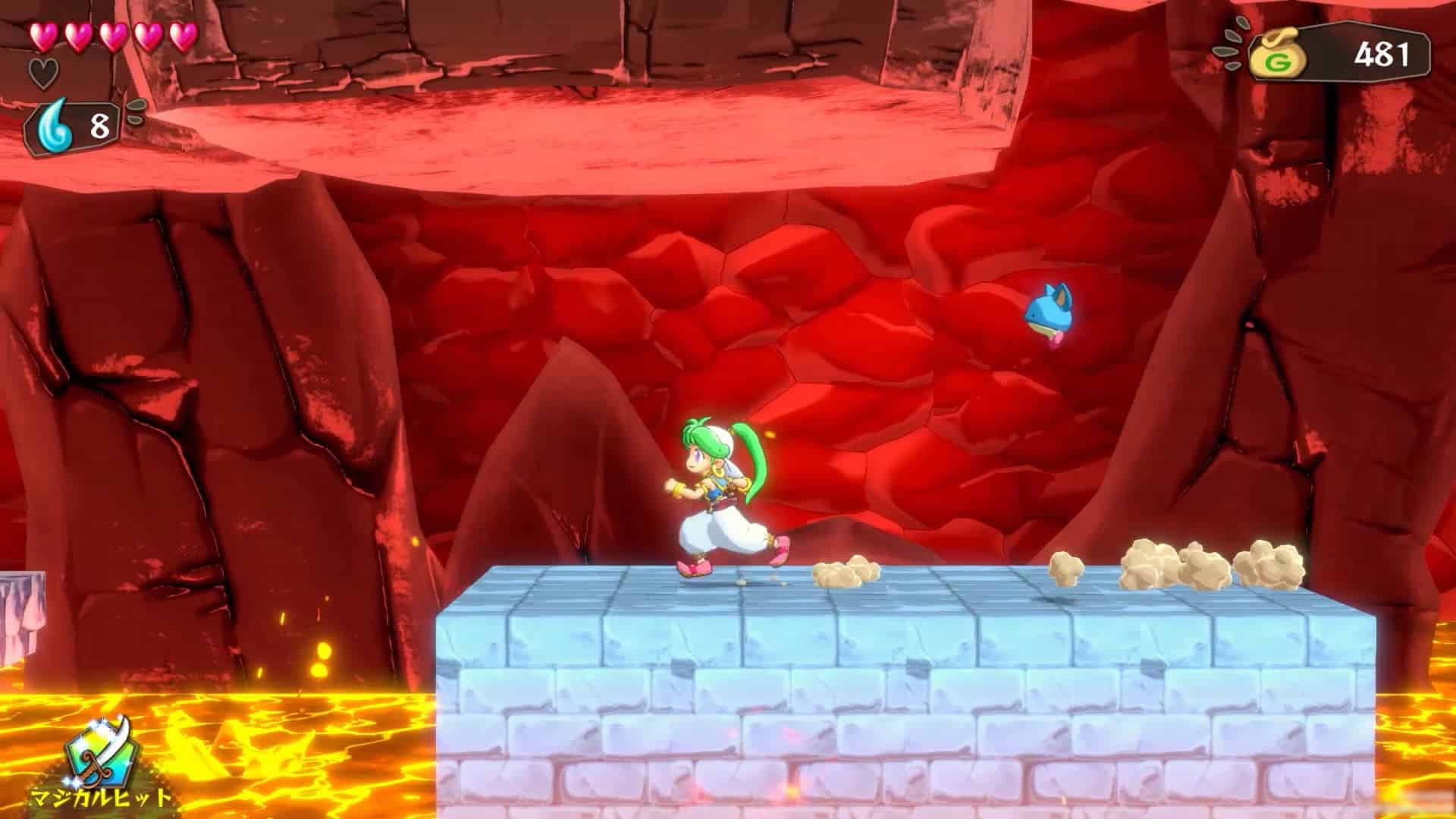 For the most part, the story takes the backseat as the gameplay is put in front of everything. However, that is also the remake’s biggest downfall. While Wonder Boy Asha in Monster World acts as a direct remake of the original game, that too comes with some issues. You see, the world has come a long way since 1994 and games have drastically changed. This game, while being a fun platformer back in the day, is now clumsy and some of its gameplay elements had me scratching my head.

Like the town for example. One could run behind the buildings to get chests and reach the fruit tree needed to fatten up Asha’s Pepelogoo pet. However, you can only run to the back of the town from one side of it. Meaning I had to constantly run there, move to the back and run across every time I wanted to get there. There’s also a lot of exploration to do in Wonder Boy Asha in Monster World. Often, these sort of mechanics would be a pain and take up way too much time. 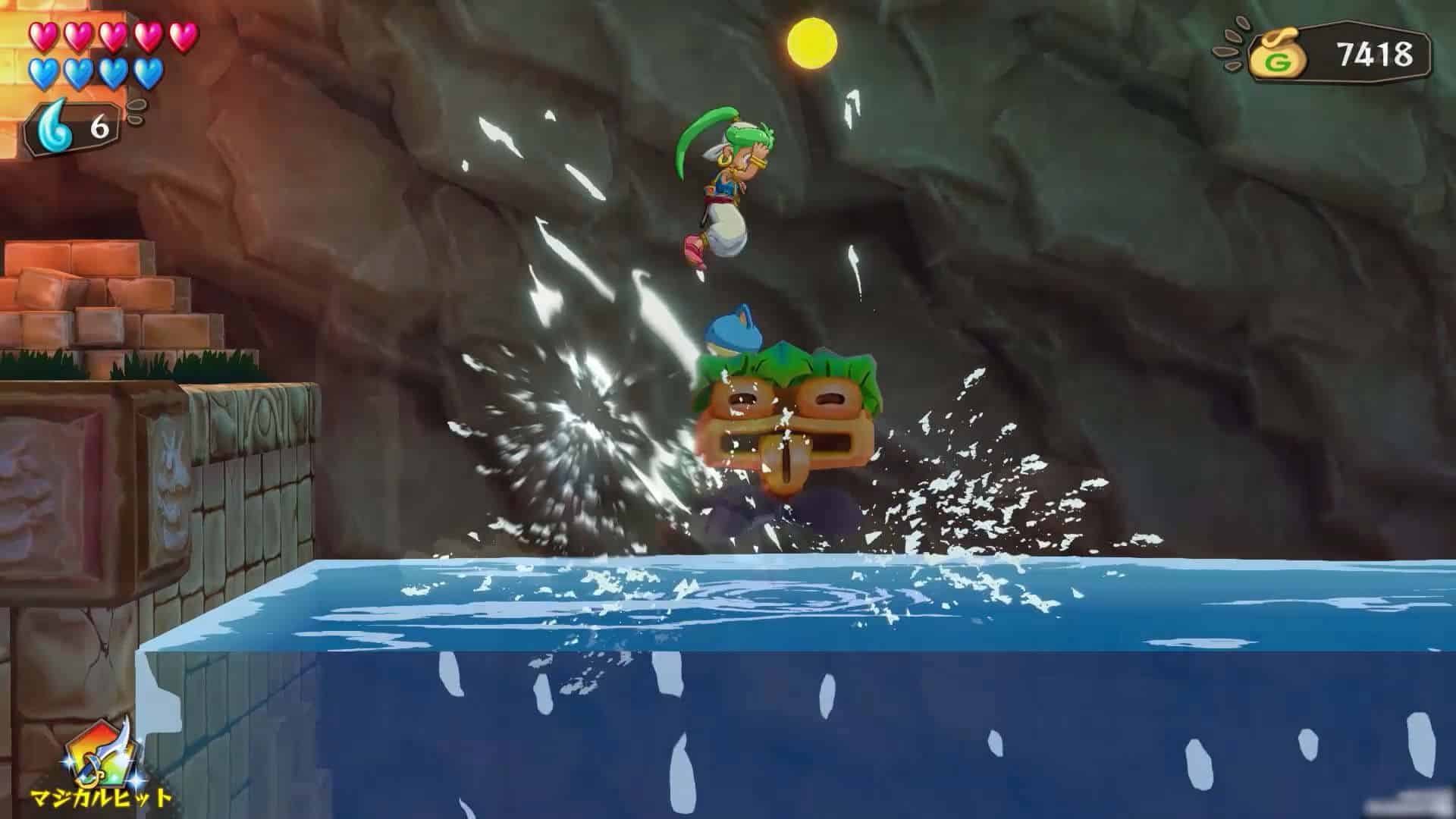 There’s also no direction in the game at all. One NPC would tell me to do something but not how to do it or where to go. Just at the start of the game, for example, when I got my Pepelogoo egg, no one told me to go to the fountain and use the egg to hatch it. I ran around for a good twenty minutes. The old dude simply said I should get better armour, so I spent my gold on a sword and shield. That never advanced the game either. I then gave up and googled it.

Getting around can also be a chore after a while. Asha doesn’t have a large set of skills. She can magic attack with her sword after filling up a gauge, basic hit, uppercut and down swipe. She can also grab onto the Pepelogoo’s legs to float and double jump. That is about it. You get items during the game that are used for specific key moments like a bomb to blow up a stone door but you can’t actually toss the bomb yourself. I get it, it is a remake but it is a bit hard to sit back and enjoy some of these gameplay limitations.

What may have seemed like fun back then, had me scratching my head. However, I can find forgiveness for this game because it is a faithful remake and if the developers changed anything, it would have been a different story. If you have never played the original, the gameplay here might seem a bit dated and limited in its capacity.

Wonder Boy Asha in Monster World doesn’t lack creativity when it comes to the game’s design and personality. The lands are rich and colourful and the smaller details make it worthwhile. The save screen, for example, is a direct remake of the original that saw me save my game by choosing a set of ceramic genie lamps. Today, it would be a boring system screen because who has time to go and save a game in a specific menu? I have to appreciate that. 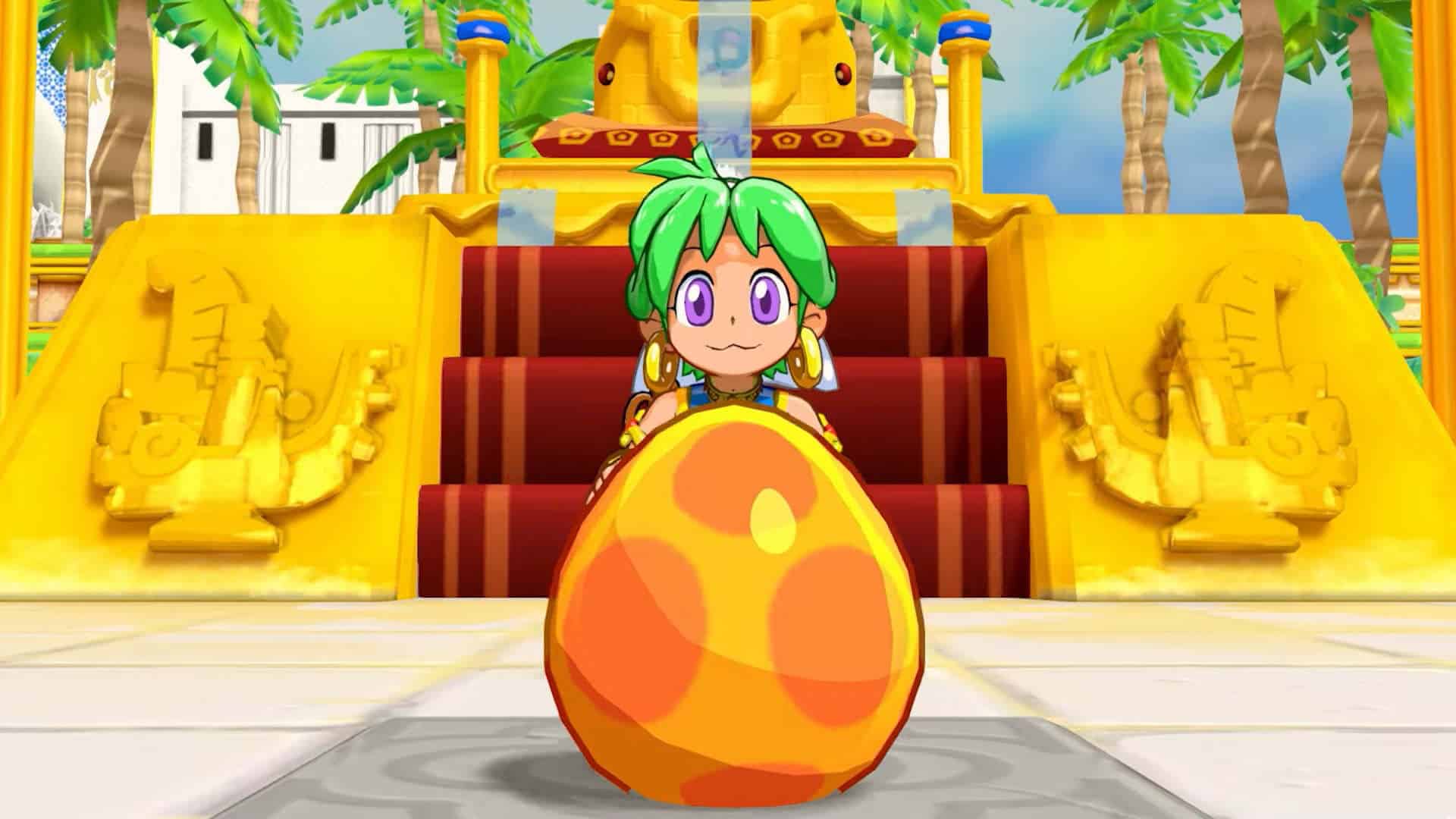 The characters and writing in Wonder Boy Asha in Monster World are also lovely. While the story is a bit one-note, the detailed and vibrant characters fill the town and the regions with flair. It also helps that the game’s cel-shaded art style brings the world to life.

The game only lasts about five hours but it is just enough to enjoy what is on offer here. You can also go back and collect the magic drops in previous levels. This being something that was not possible in the original game. It will make all completionists happy. Keep in mind that there is an alternate ending that is only unlocked if you collect all the magic drops. You will want to do this in one run rather than coming back to do a whole other playthrough. At least the game tells you where you might have missed them. Something the original didn’t. 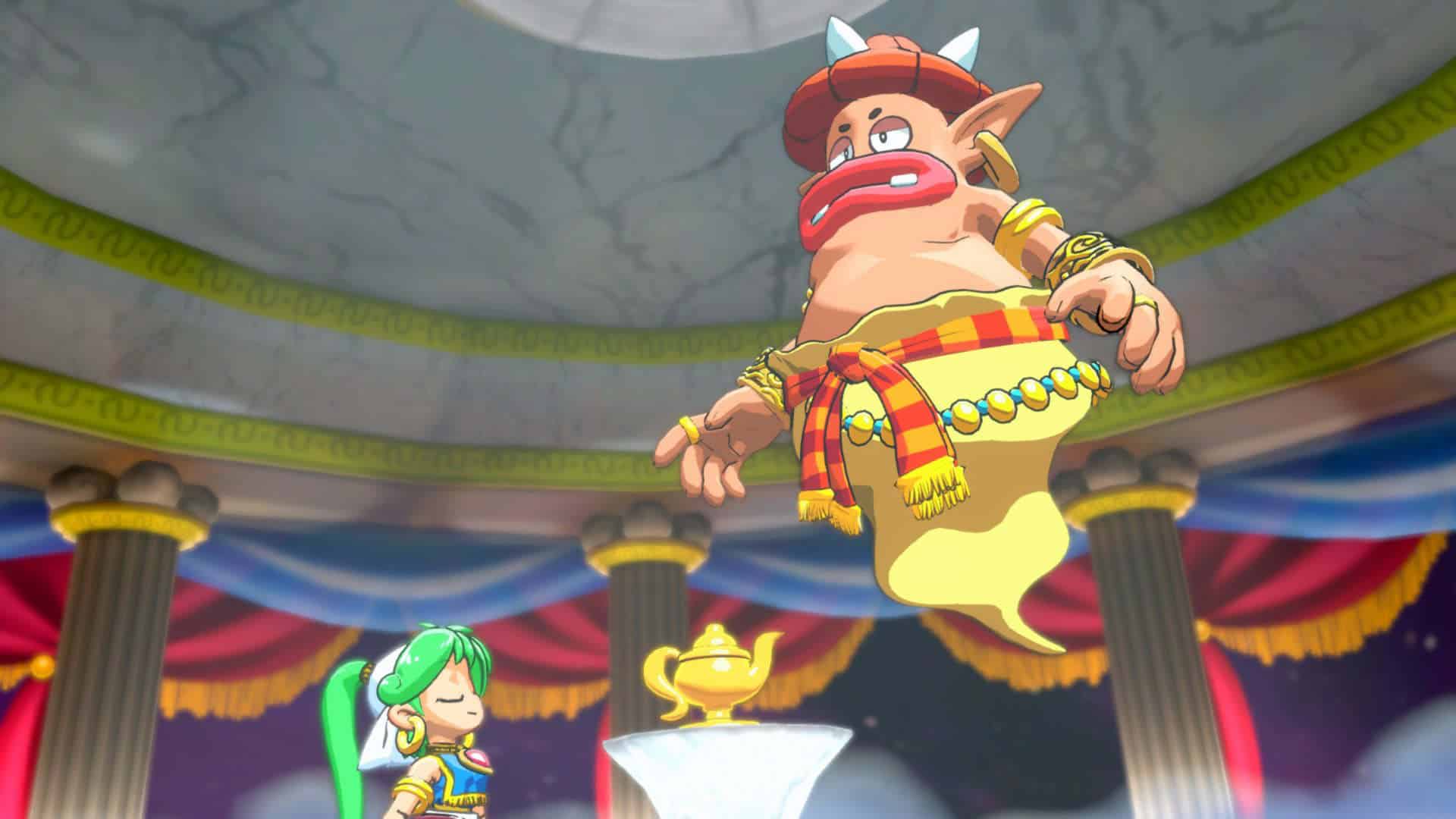 Wonder Boy Asha in Monster World is a faithful remake of an excellent game. Sure, some of the gameplay mechanics might not go down as well as they did back in 1994, but there is an excellent and authentic remake here that fans of the original game will enjoy.