Microsoft has shared an array of new information about the upcoming Xbox Series X including the internal design, cooling system, specs and much more. The company updated the upcoming next-gen console’s home page with a brand-new in-depth look at how the console will work from the inside including the Xbox Velocity Architecture and SSD capabilities.

Most fascinating of all is the new three air-flow channel which Microsoft claims will distribute the temperatures generated by the console in order to keep it cool and quiet. The motherboard has also been split in two in order to split the heat distribution of the hardware to output more power with less energy

For the first time, Microsoft has announced that the Xbox Series X will make use of a Storage Expansion Card which will easily be inserted directly to the back of the console in order for gamers to upgrade their storage. This card will be plugged into a dedicated slot. 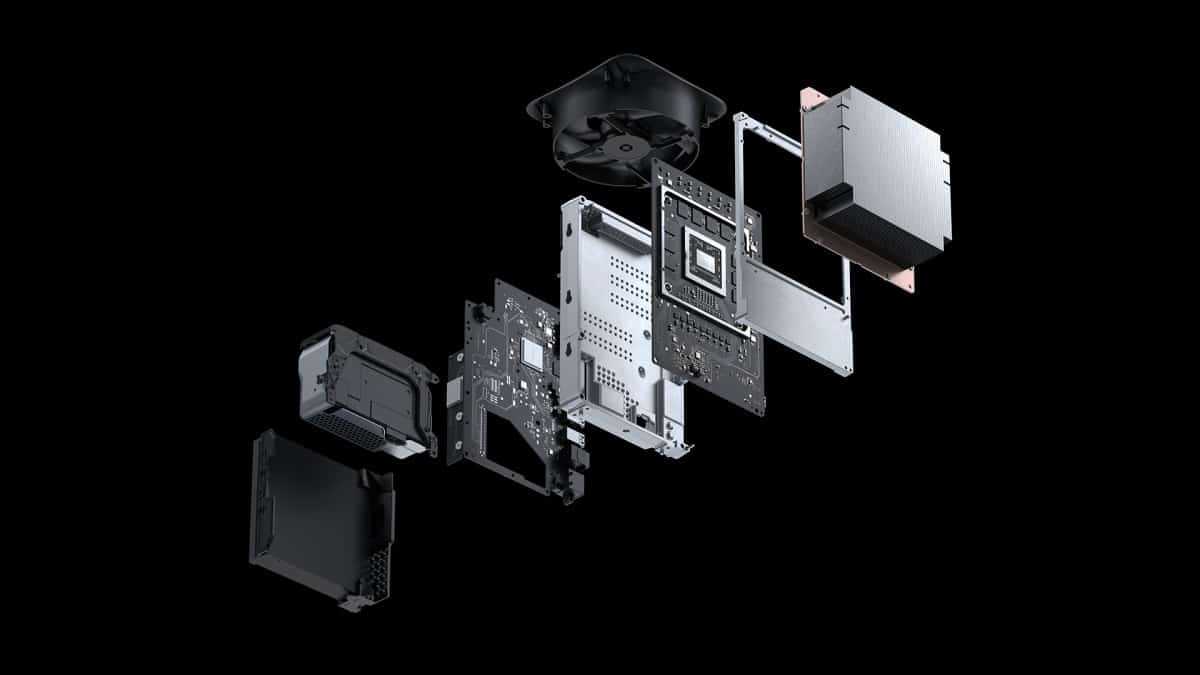 Microsoft has also detailed the full specs for the upcoming next-gen Xbox Series X for the first time including GPU and CPU speeds;

Over on the Xbox News Wire, Microsoft revealed that the next generation of Xbox Series X is being defined by three characteristics; power, speeds and compatibility.  The post goes onto explain the core pillars of the console in detail including how Microsoft is tackling latency in competitive gaming and the approach to 120FPS at a max 4K on the console.

The team knew they needed to build a next generation console that could run games in 4K at 60 fps with no compromises for developers. They also challenged themselves to deliver a level of performance once thought impossible on console, including support for up to 120 fps for the most demanding and competitive games. While they believe resolution and frame rate are creative decisions best left in the hands of title developers, the team wanted to ensure the system was able to support the needs of the largest blockbusters, competitive esports, and innovative independent creators.

The Microsoft post goes into detail and touches on raytracing and other Xbox Series X features users can expect to experience on the console including the SSD and how it will change gaming;

Enter Xbox Velocity Architecture, which features tight integration between hardware and software and is a revolutionary new architecture optimized for streaming of in game assets. This will unlock new capabilities that have never been seen before in console development, allowing 100 GB of game assets to be instantly accessible by the developer. The components of the Xbox Velocity Architecture all combine to create an effective multiplier on physical memory that is, quite literally, a game changer.