Having played Xenoblade Chronicles already on the Wii back in the day and then again on the 3DS, jumping into the game again on the Switch felt like a chore. However, as much as the game is more or less the same, the new improvements to the UI, graphics and the new epilogue chapter makes Xenoblade Chronicles Definitive Edition the best way to experience this RPG. It is not only visually outstanding with a fresh coat of paint on the character models and enemies, but it is packed with endless hours of content for new and returning players.

Let’s get what is new out of the way. Firstly players will be able to experience the new 20-hour epilogue chapter in Xenoblade Chronicles Definitive Edition. I won’t spoil anything. However, this new content is quite a chunk story to digest. It will take you roughly 20 hours to complete and tells a brilliant post-game story that is well worth your time. Sure, the adventure to get to this content may be tedious for those who want to jump right in. However, players who have finished the game on the 3DS or Wii before can access this chapter right from the main menu after starting the game for the first time.

This “Future Connected” content is a fantastic addition to the layered and emotional story that is Xenoblade Chronicles. It ties in well with the lore and gives players some new locations to explore, enemies to defeat and things to do. Without spoiling anything, the new chapter takes players to the Shoulder of Bionis. Nintendo claims the map did not fit in the original game and now thanks to this “remaster” the story can now be told. 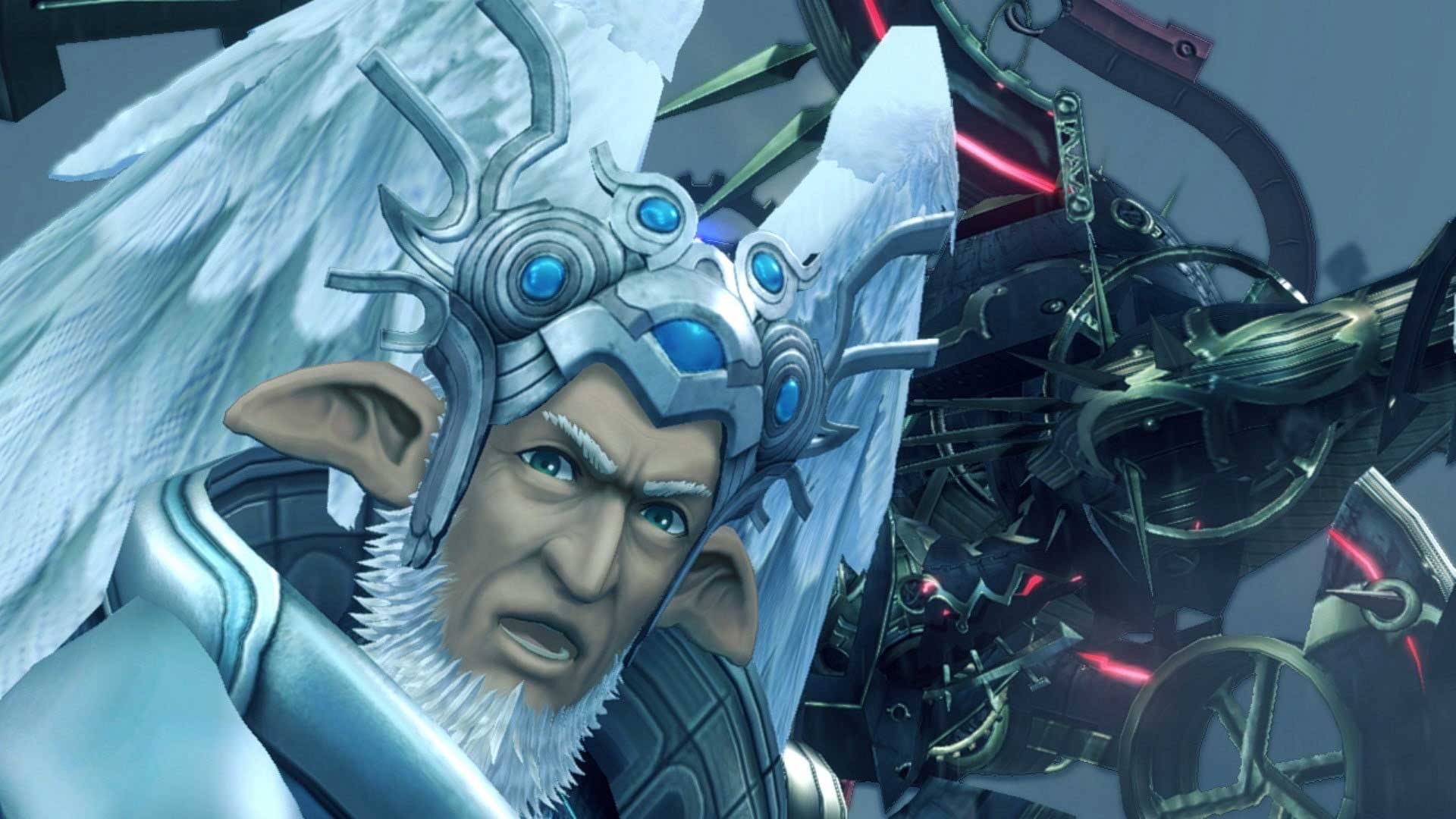 Is it a long stretch to ask people to pay for a full game again? Yes. While I got this to review, I would never pay another R1000 just to experience the epilogue chapter. I am sure a simple YouTube search in the coming days will have a full playthrough of the chapter for those not willing to splurge on the game a second or third time. With that being said, the rest of the game has never been better.

Xenoblade Chronicles Definitive Edition features some revamped features, visuals and even a new soundtrack. Not to mention the game runs a lot smoother than ever thanks to the Switch’s hardware. The draw distance is better, frame rates are stable and the resolution is crisp in both handheld and docked mode. One major new change is to the UI and battle menu which has bee given a much-needed diet. The clunkiness and layered menu system are now met with an easier-to-use experience. Right from the start, the game’s menus were easier to get around, understand and navigate through. This will no doubt help newcomers to the series. 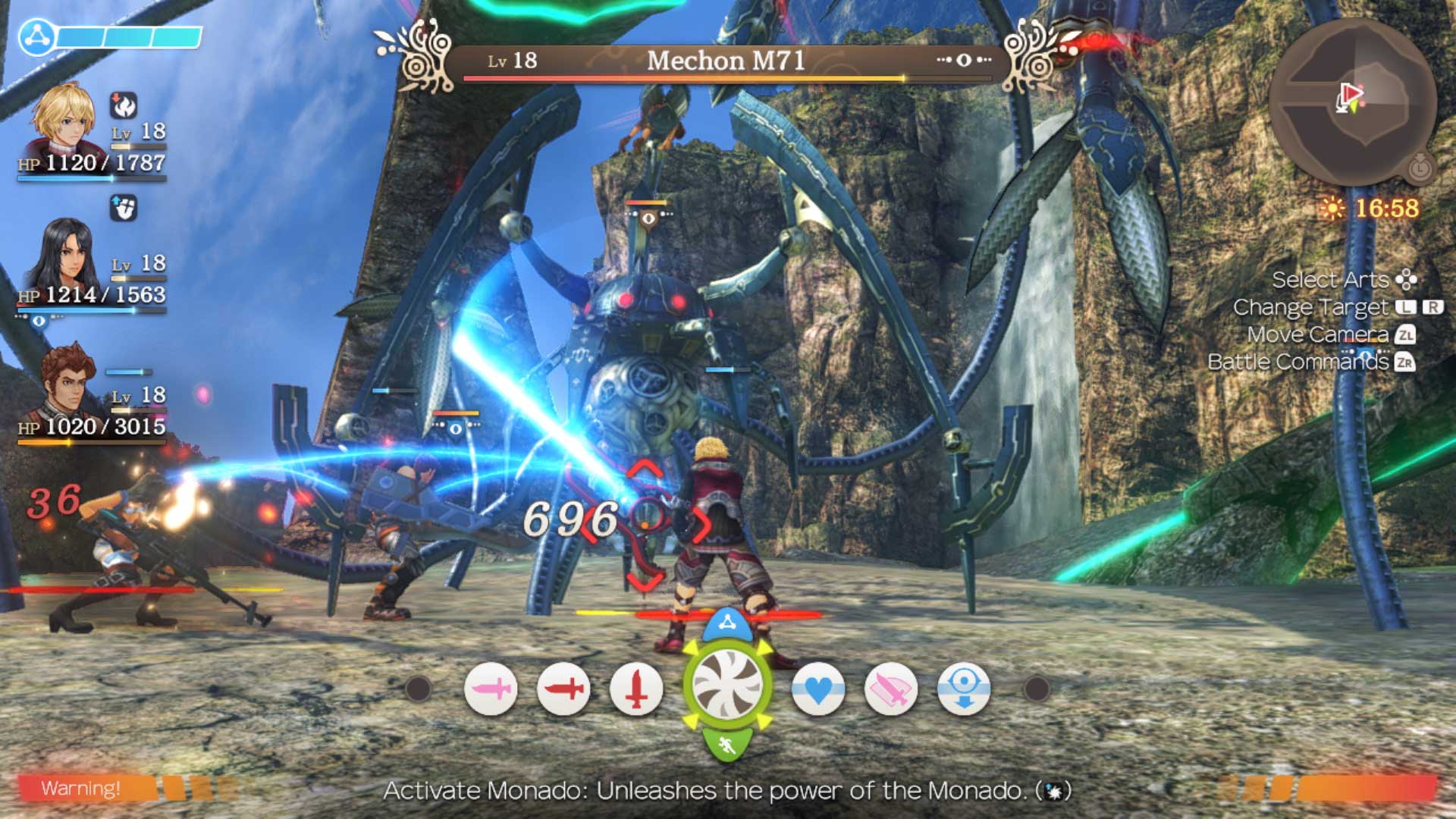 The entire UI system just feels a lot better in your hands. Equipping an item, checking up on a quest and even reading lore is a breeze compared to the past versions of the game. I played the 3DS version a lot more than the Wii version and these changes were a delight to experience. Not to mention that the 3DS version was also clunky, had a low resolution and the soundtrack was also compressed. All those issues are now a thing of the past in the Xenoblade Chronicles DefinitiveEdition.

So what about the game? Well, anyone who has played or seen any Xenoblade Chronicles content before can expect a massive-scale RPG. The game takes place on the two frozen bodies of titans. One being the Bionis and the other the Mechonis. The people who live on the Bionis have been at war with the machine race of monsters from the Mechonis. The game revolves around the Monado, a sword that is said to have been wielded by the Bionis. Players follow Shulk, among other fantastic characters through a vast open-world as he discovers the mystery behind this powerful soul-sucking sword and the root to the ongoing war. 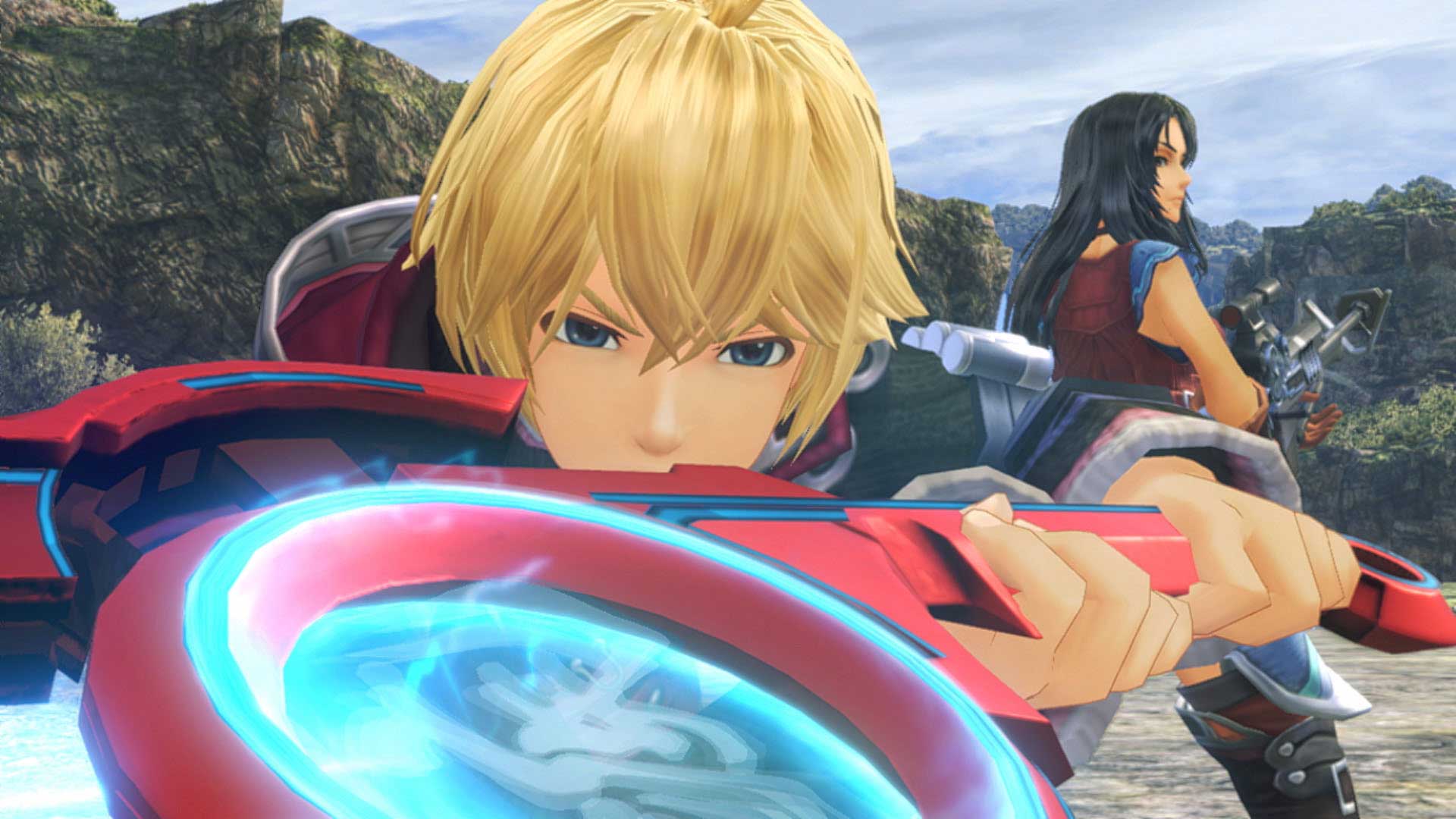 Xenoblade Chronicles Definitive Edition features some great RPG mechanics including a deep combat system, a vast open-world with hundreds of hours of content to discover and of course, a loveable cast of characters that you meet along the way. It is rare that RPGs manage to flesh out supporting cast members a well as Xenoblade Chronicles has done. Every party member slowly creeps into your heart and you Xenoblade Chronicles Definitive Edition begin to care for them as you micromanage your skills, levels and inventory. Sure, I had my favourites like Sharla and Riki, but they all manage to become part of the game’s fantastic story.

Xenoblade Chronicles Definitive Edition has done a lot to make the game more welcoming to new players. Its new coat of paint across the character models, world and soundtrack make for a great addition to the game. From the moment I booted it up for the first time, the visual quality was outstanding in comparison to the previous ports. Most notable was the main characters which have new textures and models. They look so much better than before giving players more reason to invest their time in getting to know them. 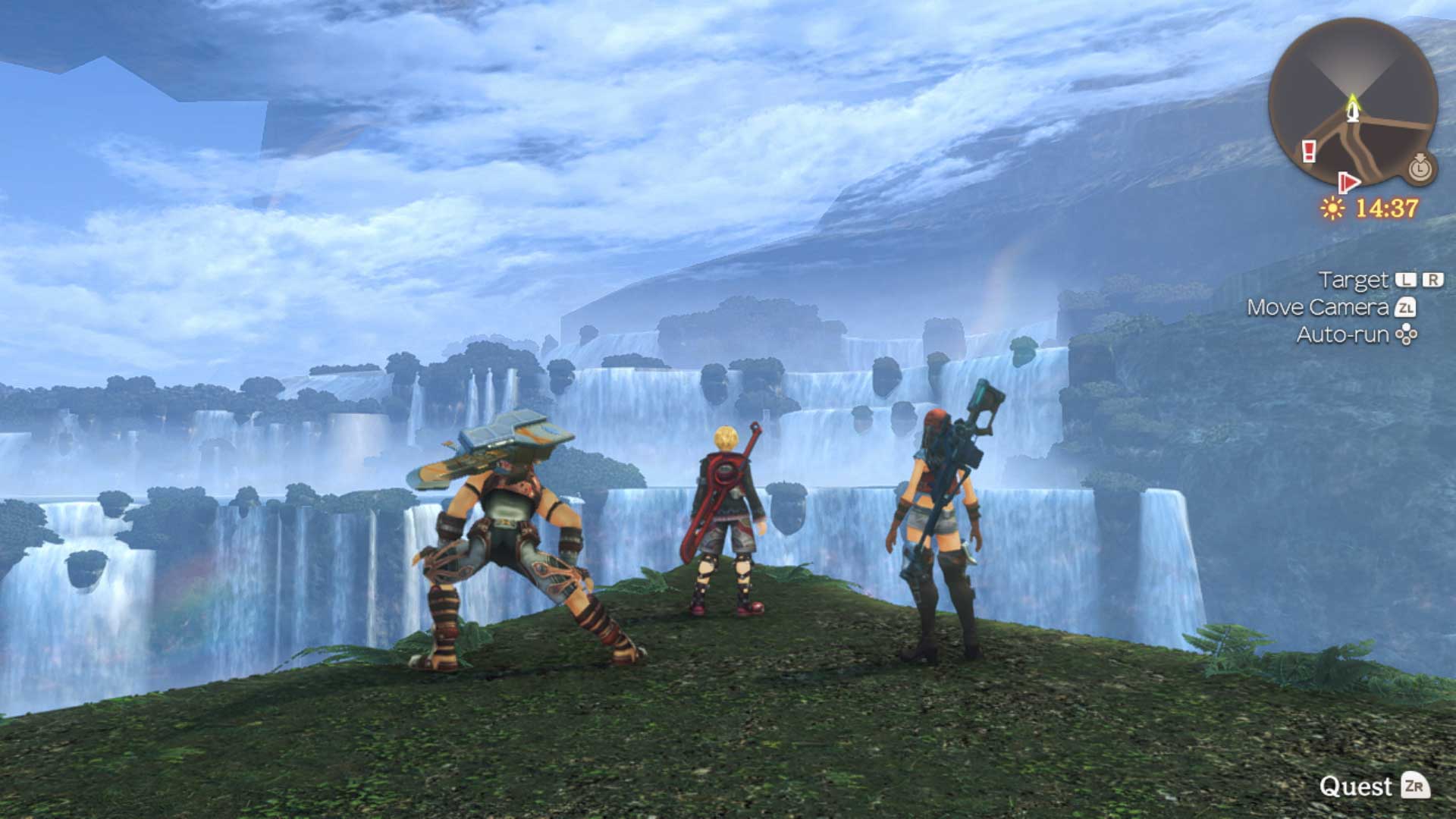 With the game having a large emphasis on exploration, the world is as gorgeous as ever. The game runs at 720p max on docked with some drops below 540p at times. As for handheld, it is a bit blurry during some intense scenes. However, the frame rate never became an issue throughout the playthrough. In comparison to the past ports, this is the best way to play Xenoblade Chronicles.

Anyone looking for one of the best RPGs of all time to play, Xenoblade Chronicles Definitive Edition is no doubt the answer. The game has never looked and played better. While it is a tough sell for returning players to fork out money for the final chapter, those looking for the first-time experience won’t go wrong here.