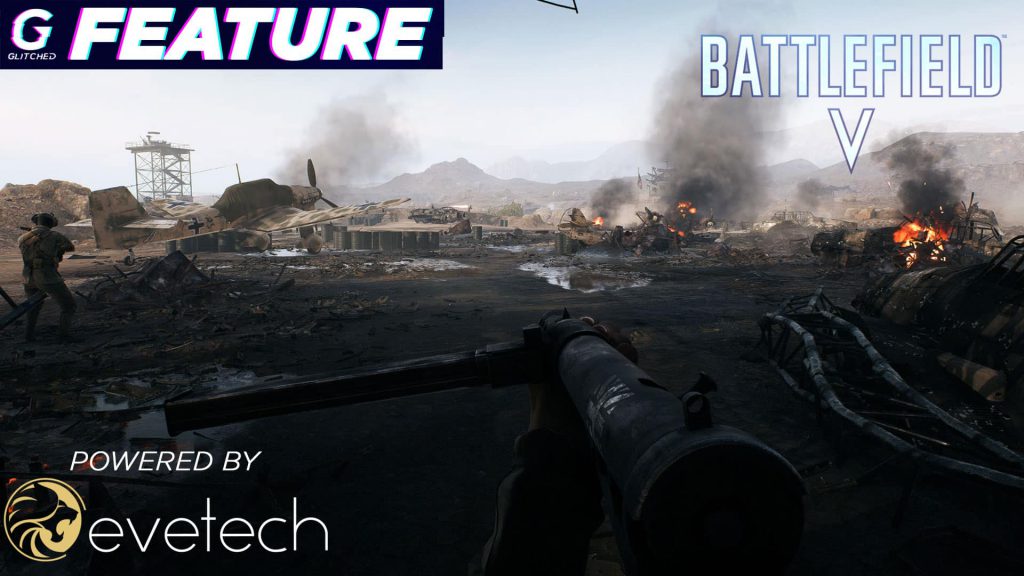 I’ve been playing Battlefield V with Origin Access Premier since November 9, and I’ve noticed some common mistakes players make. To that end, I’ve compiled some basic Battlefield V tips that can be a great help to newcomers as well as some tricks you might not be aware of even though you’ve played most instalments in the series. I’ve also listed those top mistakes and offer possible solutions.

I am by no means a Battlefield veteran, but I have played competitively, and I understand the mechanics required to play as part of a team, and teamwork has always been at the heart of any Battlefield game, and it is even more so in Battlefield V. Almost every gameplay mechanic and feature in Battlefield V pulls the player back to that which is at its centre – squad play. Think about the attrition system that forces a greater dependency on the Support class. Then there’s the Medic that can heal players and revive teammates much faster than the other classes – but a lot of times the Medic needs to have cover fire while doing so.

In Battlefield V your squad needs to play as a tight unit; in previous instalments, you could still get away with the lone ranger approach, but chances are you’ll die a quick death in Battlefield V. If you move as a unit, (with the Recon class the only one who can play from a further distance), then your squad can be almost indestructible and move from point to point to cap. So, this is the first mistake I see a lot of player make; they still play with the mindset that all they need is to get the kills, never mind the team. Having a good k/d ratio is fantastic, but not at the cost of your squad playing without a member. Getting tickets is what wins a round, and that is so much easier if you play as a full squad.

Staying with squad play, one thing that gets the best of me is when the squad leader doesn’t issue orders. 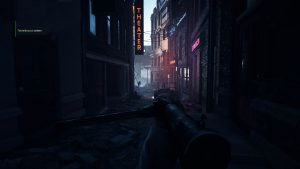 The one thing I have typed more in chat than anything else is “orders.” If you don’t want to have the responsibility of being a squad leader, then promote someone else. You simply press Escape, select Squad, then click on a player’s name, and select Promote. Issuing orders do more than focus your squad on a point to capture; it also draws them back to a focal point when they get separated. It helps the person who died immediately find his or her direction after spawning. If your squad leader doesn’t issue orders, then you can get him or her kicked as the leader. Simply hold down Q and select the command. If the leader doesn’t respond within one minute, he or she gets replaced. Did you know you can also use “Q” on PC to set a marker for your squad? Since spotting is gone, you can use this as an alternative to drawing the attention of your squad.

All the classes get extra points when they use their special abilities on a squad member, for example, when the Medic hands out bandages. Every individual point you earn contributes to the squads’ requisition points (RP) score. Squads also get points for completing an order. When a squad has enough RP, the leader can call in a reinforcement which can give your side a great advantage. Squad leaders need to read the battle to decide how to spend RP. Use it too early, and you waste what could’ve been a V1/JB2 Rocket (if your squad can reach over 40k points) that could’ve turned the tide of the battle. I once played a round where my squad leader called in a Crocodile, but he did so as the game ended. RP can also be used for things like calling in a supply drop – another reason why a squad that stays together survives together. 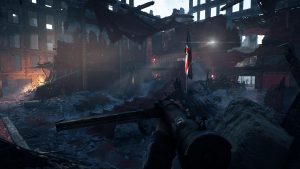 The last thing about giving orders – don’t stick to your last order as if it’s the only thing that matters. Adapt your strategy based on the flow of the battle. If your side is losing a flag and the one you issued is still only red, then change your order to hold the flag you already captured, especially if your squad is near that point. Also, if your team is repeatedly failing to capture a flag move on. Don’t waste valuable time on a fortified flag, draw the enemy away from that entrenched position and return later. Talking about capturing flags; the closer you stand to a flag on Conquest, the faster it caps. This is multiplied the more people stand close to it.

The next point I want to highlight relates to the effectiveness of your squad. For the love of all things reasonable play your class as it should be played. Medics heal, revive when it is safe to do so, and don’t play like you’re Rambo with an assault rifle. I almost always hang back a few steps to allow the assault and support classes to draw fire. I throw bandages at them to keep them in the fight, and I provide unexpected support fire when it is safe. Don’t rush in to perform a revive, a handy tip for me is to use my smoke grenade launcher; I fire a grenade to provide smoke cover, then only do I rush in to revive. It also helps you and teamie to get away safely. Also, don’t be scared to opt out of a revive – just press E again. You can always continue after the threat passed. Every squad member can revive, so every teammate needs to be aware of what’s happening with their mates. Playing with comms is, of course, the best way to play Battlefield V. Talking about audio, change your Sound Preset to 3D headphones so you can better hear enemy sounds from below, behind, and above. 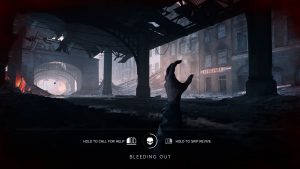 A few quick tips. You don’t have to run away from a grenade; toss it back. You can also shoot airborne grenades; either incoming or when you throw it and you want to surprise the enemy by shooting it just before they can grab it. Every player spawns with one medic pouch, use it wisely on those occasions you’re without your squad. Simply press the C button to self-heal. Don’t forget to loot downed enemies, your ammo count is almost always low, so when it is safe, grab that dropped ammo. Tanks also don’t have unlimited ammo so stop shooting when you’re not sure of a target. Tanks can resupply and heal at vehicle ammo depots – it’s bigger than normal ammo stations and will usually have a tire stacked on top of some crates and a red explosive barrel.

You can crouch/sprint in Battlefield V. Hold down both keys simultaneously to move in a hunkered down position but still have some speed. It’s the only way to move ‘safely’ towards Flag B on Twisted Steel. If you’re on fire, then go prone to douse the flames. Don’t forget to quickly check out which weapon an enemy dropped. It might be better than the one you’re carrying, and it doesn’t change your loadout. You can use it until you die. Don’t waste ammo, use short bursts and understand your weapon’s recoil.

Battlefield V is a gorgeous game, and if you want to take nice screenshots, remove the HUD by pressing “h” on PC. Most of the images in this article were captured without the HUD. I know, it’s looking pretty fantastic but that’s thanks to Evetech for giving me a beast of a machine to play on. If you can get a decent GPU or CPU on Black Friday from them, grab it.

There’s a lot more tips and common mistakes to list, but sticking to the above gives you a good foundation. We would love to hear some tips from other Battlefield players, so drop us one in the comment section below.