The Best Worlds of Kingdom Hearts So Far
LATEST CONTENT

The Best Worlds of Kingdom Hearts So Far

The Kingdom Hearts series has been known for its fantastic Disney cross-over worlds and if you have ever played any of the games you would know that it delivers true reimaginings of these Disney settings in every way possible.

With Kingdom Hearts 3 releasing this week, we thought we would take a look back at all the past games and see which of them had the best world of Kingdom Hearts so far. These worlds managed to teleport players into realms so alive and unique that we just wanted to stay there forever.

The World That Never Was

First off is one of my most favourite worlds in the Kingdom Hearts series. Appearing in Kingdom Hearts 2 at first and then in Kingdom Hearts 358/2 Days, The World That Never Was is the homeworld of Organization XIII and the world where the epic battle against Xemnas takes place. But there is a lot more going on in this world than meets the eye as the streets and infamous Castle That Never Was is filled with Nobodies rather than the Heartless. This delivers combat challenges beyond the usual in the series and has some of the hardest enemies in the game.

The World That Never Was acts as the climatic ending to Kingdom Hearts 2 but also the best place to farm XP if you are trying to get Sora to max level. Not to mention that it is the place where Sora has a few showdowns against a lot of Organization XIII members such as Xigbar, Saix and of course Xemnas. The entire world is brought to life with a beautiful soundtrack that captures the essence of the final world in the game.

For those of you who are fans of The Nightmare Before Christmas, you will know how wonderful the characters and cast are in the game and this art style and substance all oozes into the world in the Kingdom Hearts series. The entire world including enemies, environments, support characters and story comes to life in the truest way to the film possible. It is almost as if Tim Burton himself sat and designed the world from scratch. 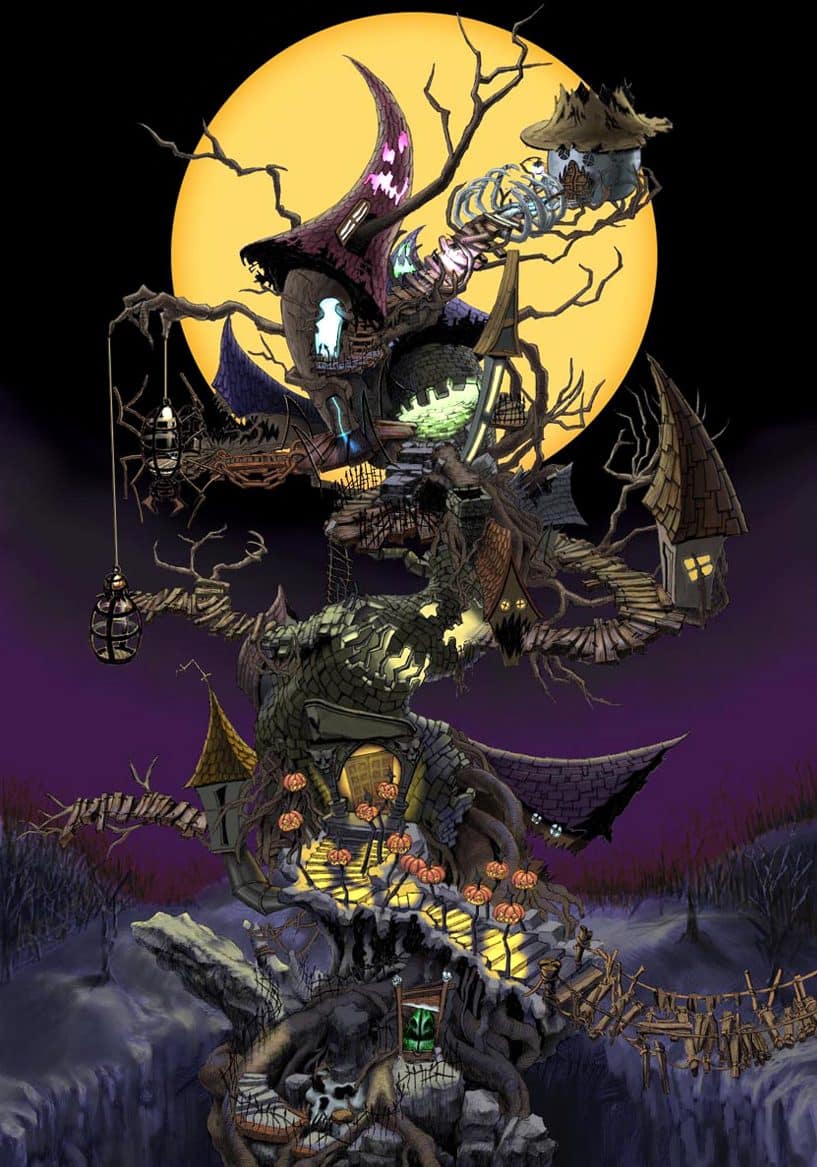 The real beauty of it all is just how different Halloween Town is compared to everything else in the series and the spooky charm of the world and the characters in it. Sally, Jack Skellington and the rest of Halloween Town bring the story to life and in Kingdom Hearts 2 we are taken to Christmas Town in an attempt to help Jack take over the Christmas holiday. The entire chapter is met with new enemies, great plot twists and of course a stellar soundtrack that captures the magic of the film.

When looking at every other world in the Kingdom Hearts series, the Pride Lands truly brings something unique to the table. Instead of the traditional experience, Sora, Donald and Goofy are now turned into animals with Sora being a lion cub, Donald a Blue Drane and Goofy a Tortoise. The entire world is much bigger than any other world in the series too which helps as Sora can sprint across the lands faster than ever thanks to his lion agility.

The world brings a unique story to the mix too as Sora has to stop the Heartless, Scar and help Simba become a king. The enemies are styled as if they came right out of a crazy version of The Lion King and the experience is brought to life with a truly African soundtrack. As an avid lover of The Lion King, The Pride Lands just worked in so many ways and it all could have gone south with all the things it tried to do so differently.

Just when you thought the Kingdom Hearts series could not get any more “Disney”, the Timeless River was introduced. This world was a tribute to Steamboat Willie and everything about it was just awesome. As it was styled after Mickey Mouse’s first debut, Square Enix had to make sure to deliver a classic experience from top to bottom and they did.

From Sora, Donal and Goofy’s classic look to the reverbed voice over and the classical animations and black and white art style. Everything about Timeless River oozed “old-school cartoon”. There were even classic reimaginings of some of the classic Mickey mouse episodes such as Mickey’s riverboard ride and the construction site. It all ended with an epic boss fight against classic Pete.

Hallow Bastion is not a Disney world in the Kingdom Hearts series yet it is still one of the best in the game. Its name means “empty castle” and it is fitting given the history of the world. It was once known as Radiant Garden and plays a big role in the history of Kingdom Hearts right back to the first game. The world was once a peaceful and beautiful location and home to Kairi and Ansem the Wise. 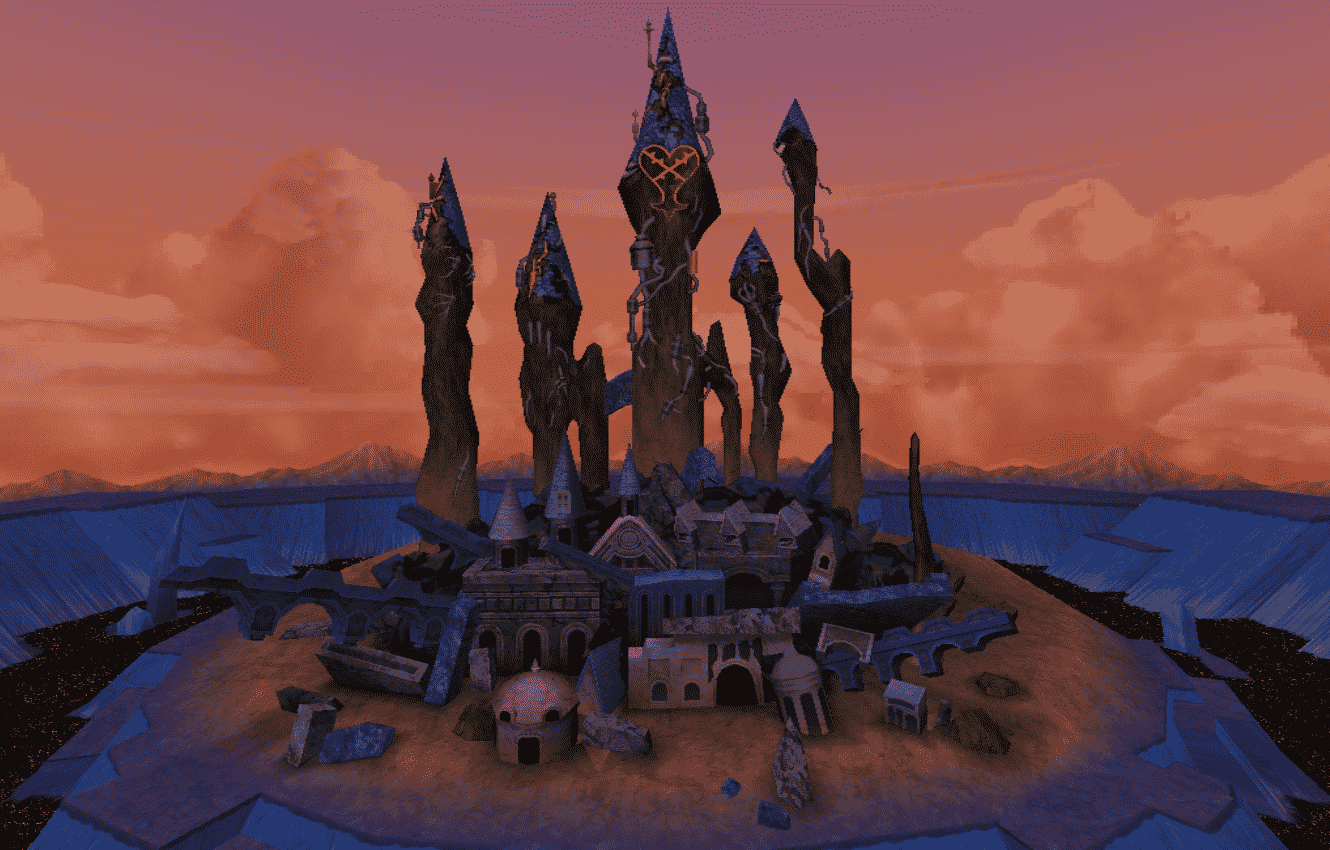 When the Heartless were born through the experiments of Ansem (evil Ansem that is) the world was turned into Hollow Bastion and Maleficent moved in claiming the castle for her own. The Heartless turned the once-beautiful world into a slum filled with enemies and ruin. Why is it on the list you may ask? Well, it is thanks to its great history and how well it has been covered in every game in some way or another. It is also a vital location in the birth of the Heartless and Terra’s transformation into Ansem and Xemnas.

Hundred Acre Woods is not your average Disney world in Kingdom Hearts, rather it acts as a world filled with mini-games and a delightful story based around the iconic cast of the Winnie the Pooh series. In the original Kingdom Hearts, Hundred Acre Wood is an optional World in the series but you always want to go back as it is divided into chapters like a book which you unlock as you collect missing pages. 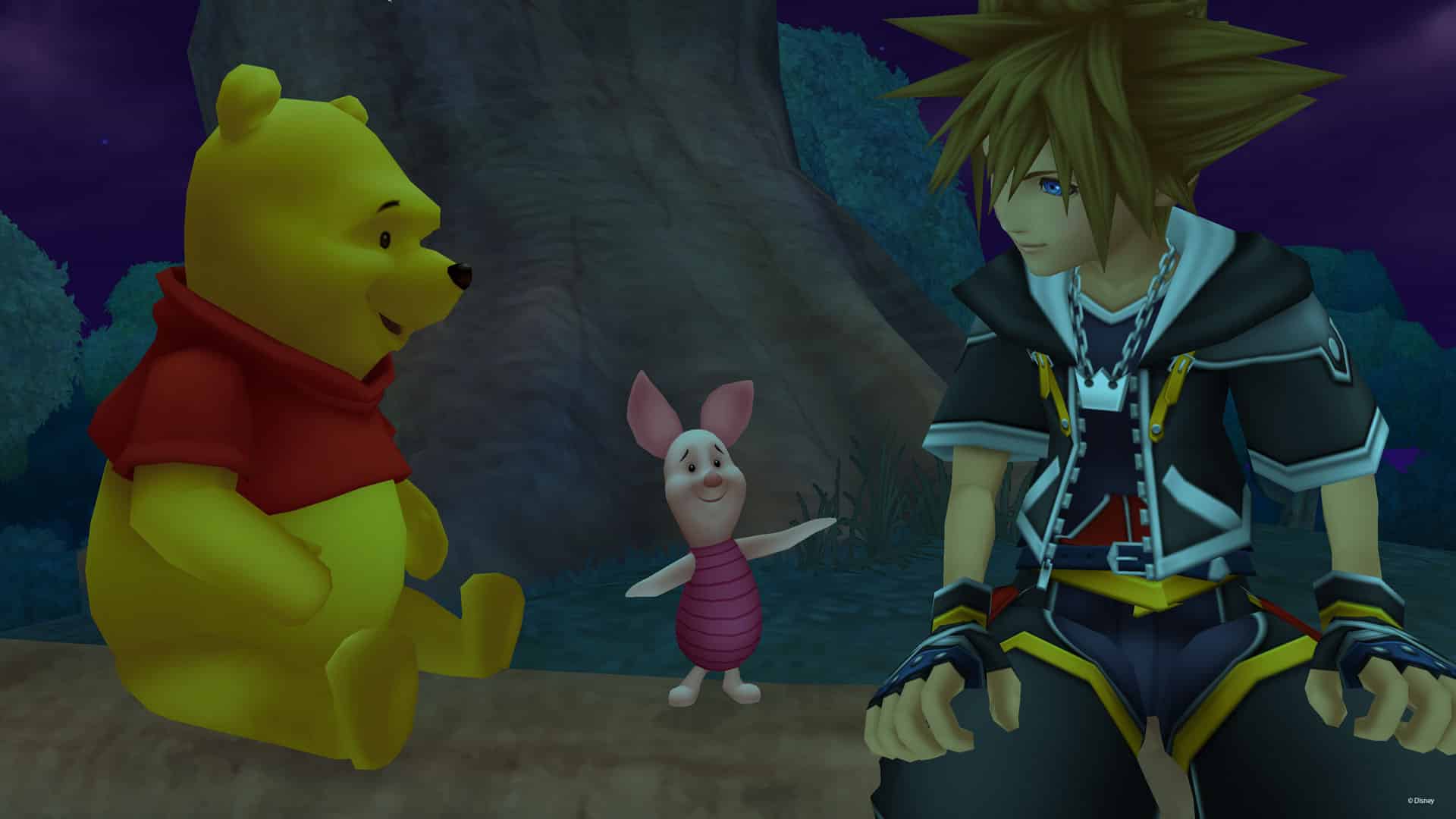 In the first game, the world is more a mini-game experience with you playing a whole bunch games with the cast of the series. In Kingdom Hearts 2, Sora needs to help Pooh regain his memories after the book gets damaged by the Heartless. No matter what you were doing in the world and on what game, Hundred Acre Wood always acted as a refreshing experience away from the daily slaying of the Heartless as you befriended Pooh and the gang. The world was gorgeous all coloured in water paint and the soundtrack was as catchy as you would expect it.

The Olympus Coliseum in the Kingdom Hearts series had grown from strength to strength across all the games. It started off as a place with two rooms and a few tournaments to participate in and when Kingdom Hearts 2 was released, the world expanded adding a massive underworld to explore. This upgrade even took you to the river of the dead and Hades’ chambers and added a great level of variety fo the experience. 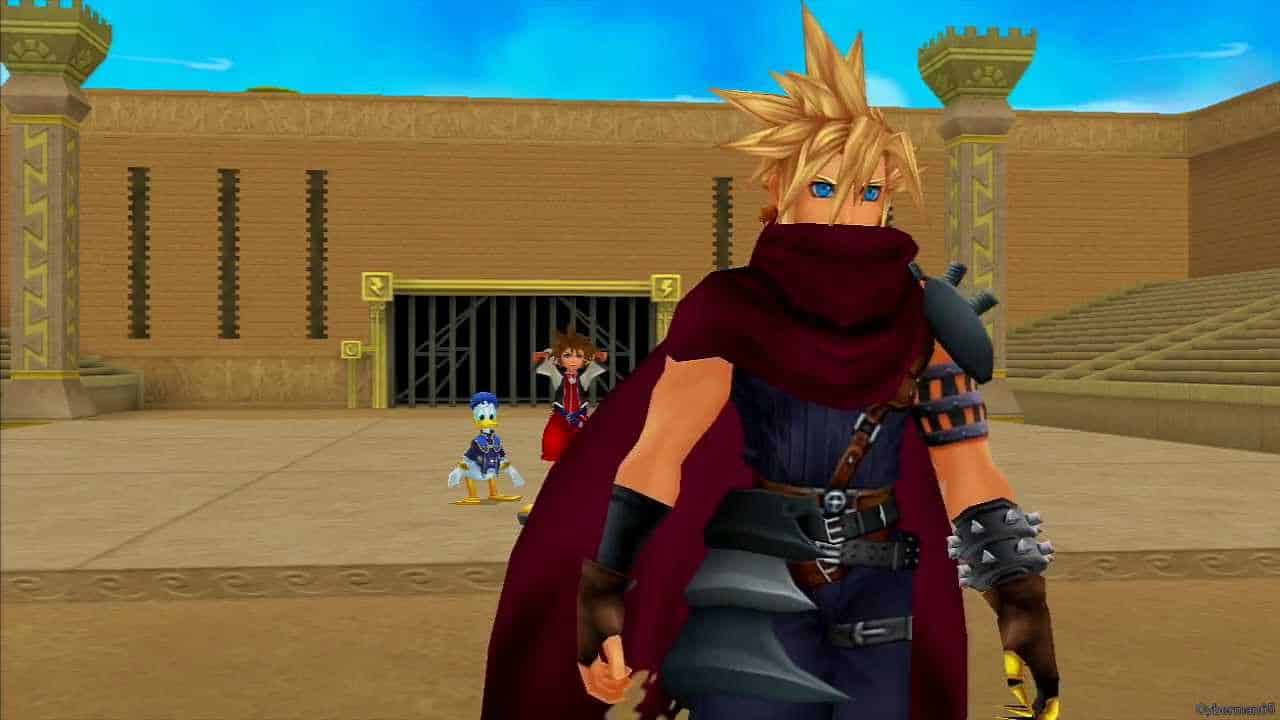 It would not be a Kingdom Hearts game without an Olympus Coliseum and this was felt in Kingdom Hearts: Birth By Sleep due to its lack of ladder tournament in the world. Regardless, where the world really came to life was in the second game and its eight tournaments and huge chambers to explore. It is where most players spent their time and there was nothing like winning that Hades Paradox Cup to show off your true strength.

The Land of Dragons

The Land of Dragons is yet another world that only appeared in one game, Kingdom Hearts 2. It is set in the world of Mulan and is one of the first worlds you enter in Sora’s second main adventure. Its probably on this list because of how wonderfully diverse it is compared to other worlds and how well its story is portrayed through the events of the Mulan film. Not to mention the epic boss fights against Shan-Yu and the Storm Rider Heartless boss fight you encounter when you return to the world. It was all just a lovable experience made even better thanks to the cast, setting and enemies. 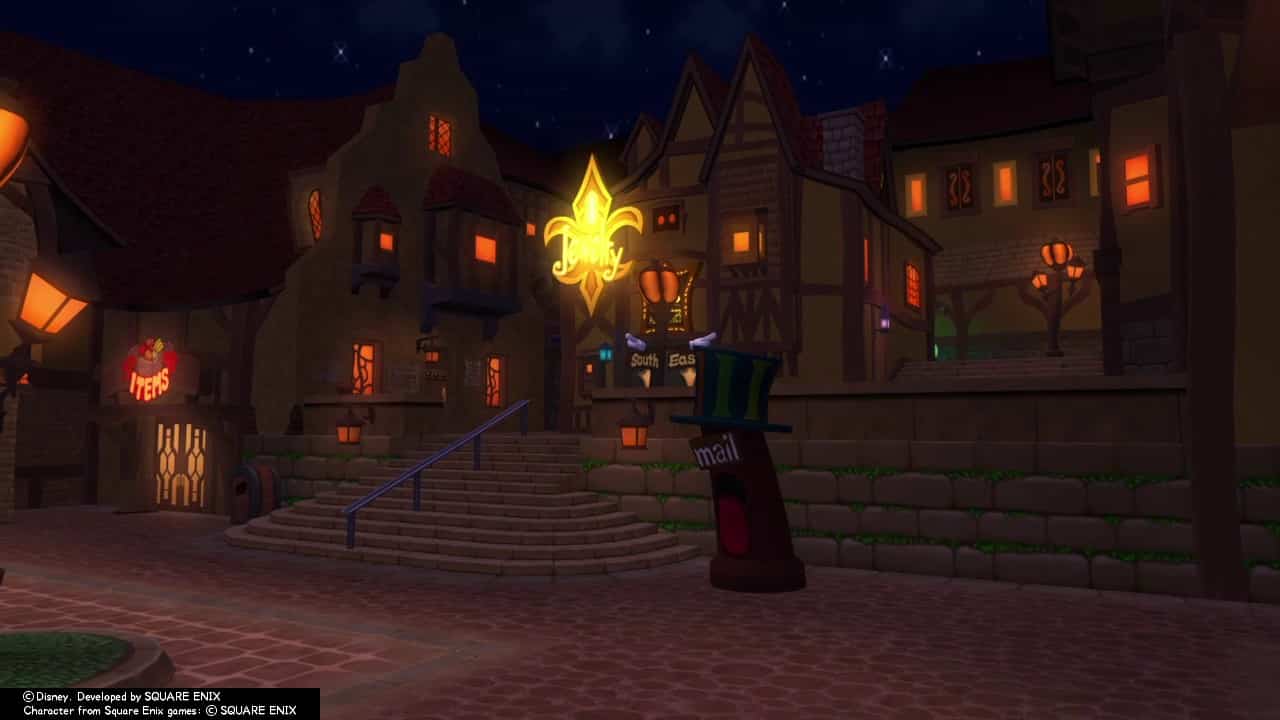 The world is the first one you visit in the original game and thanks to that, it stuck in your memory forever. It is the first world where Sora meets Donald, Goofy and learns to master the Keyblade. Its iconic setting, music and the first boss fight will be remembered forever as it was the first introduction to what Kingdom Hearts actually was and how it played and we would never forget its magical first impression.

Last but not least we have Destiny Islands, the home of Sora, Riku and of course Young Xehanort. The world will never be forgotten as everything always goes back to it. It was the first place we met Sora and his friends and began our journey through the Kingdom Hearts series. Who can forget that shoreline and blue, sparkling water as we hummed the catchy tune? 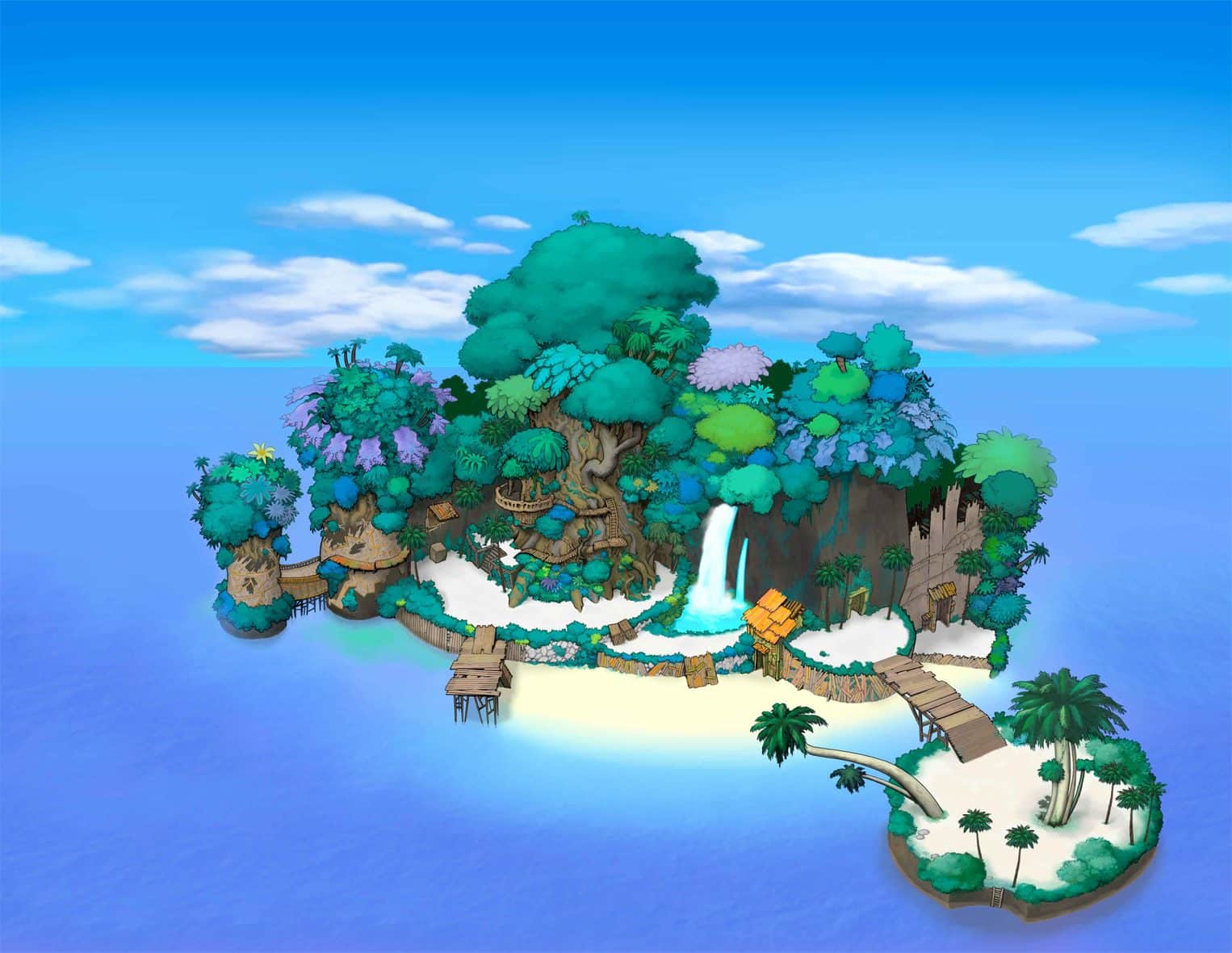 No matter what happens in the series, Sora’s ultimate goal has always been to return back to the islands one day with his best friends Riku and Kairi and the world’s impact on the story is felt every time we think about it.

This post is Sponsored by Megarom however the views reflect those of our own.

Gaming | PlayStation | The Best Worlds of Kingdom Hearts So Far