If I picture myself at my happiest, I see myself in my car, listening to a playlist of all my favourite songs and travelling to someplace new and exciting. Road trips have been a massive part of my adult life, whether it’s spontaneously packing up and heading out with my partner, with a car full of friends or family. Road trips are my definition of happiness. There’s a quote about road trips that I’ve always loved and which perfectly captures everything that Beyond The Breach offers: “The greatest part of a road trip isn’t arriving at your destination. It’s all the wild stuff that happens along the way” – only in the case of the characters in Beyond The Breach; I’m pretty sure they would disagree.

Beyond The Breach is a comic that’s essentially about a road trip… just not the kind you’d want to go on. The story of Beyond The Breach follows a woman named Vanessa who decides to head out on a week-long road trip to clear her head and find some peace after discovering that her boyfriend had been cheating on her with her sister while her mom was dying of cancer. However, clearing her head and finding peace are pretty soon the last things on Vanessa’s mind when mere hours into her trip, she blacks out behind the wheel of her car.

When Vanessa comes to, she sees that there are other cars, whose drivers must have blacked out just like her, crashed on the road. Some of those drivers are currently being eaten by things, monsters Vanessa has never seen the likes of before – not even in her worst nightmares. 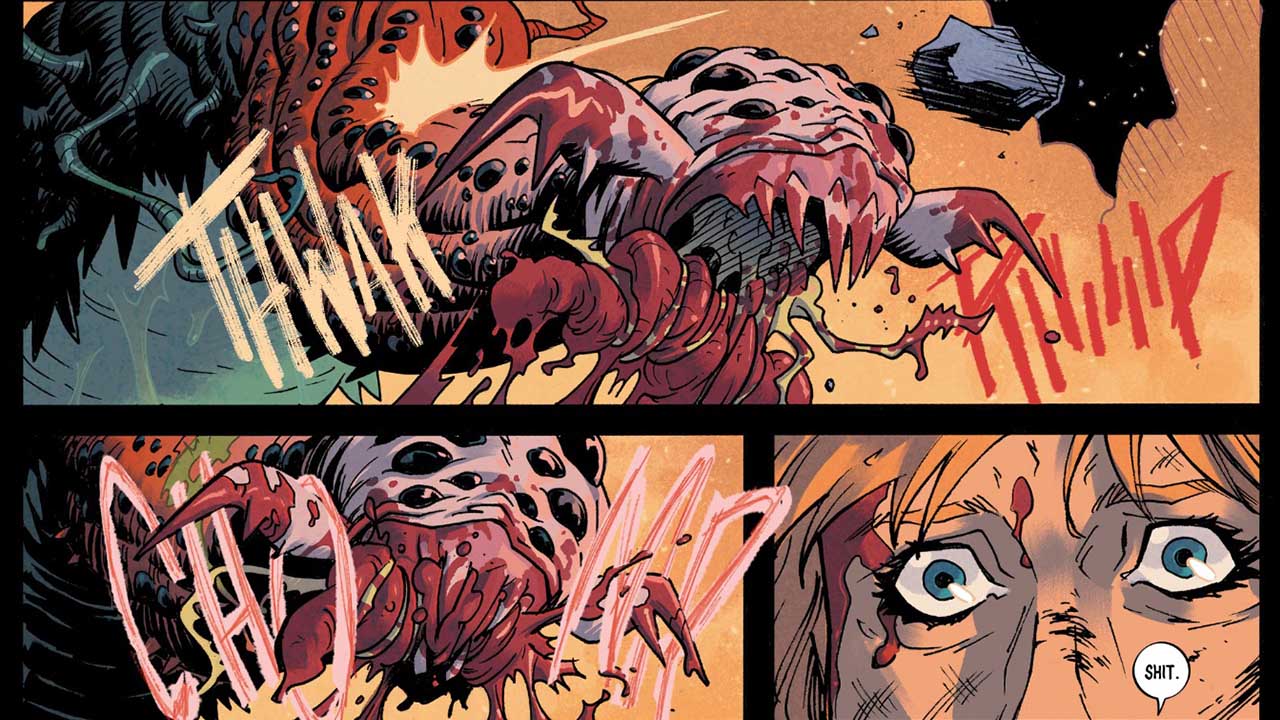 Inside one of the crashed cars, Vanessa hears a young boy calling for help. After saving him, the two of them are joined by a strange, furry creature that neither recognises but decide to let join them nonetheless. Now the three must set off on a crazy, horror-filled, Sci-fi / Fantasy adventure. They need to figure out what is happening to turn their reality on its head and how they’re involved with all of it. It’s the road trip of a lifetime if they can manage to make it out alive.

It’s hard to pinpoint exactly what genre of comic Beyond The Breach truly is. It’s undoubtedly a Sci-Fi story, but the more you read, the more Horror and Fantasy themes creep in. One thing is for sure, even though Beyond The Breach has a blend of genres, they all compliment each other so naturally that it’s impossible not to fall for the story even if Sci-fi isn’t your thing, and this is coming from someone outspoken about her usual dislike for most things Sci-Fi.

Artist Damian Couceiro was also a superb choice for Beyond The Breach. The way he captured the characters and alien monsters’ expressions alike is unmatched. The colour pallet helps pull everything together in a way that drips in the atmosphere while still feeling tied to our world and reality when needed. 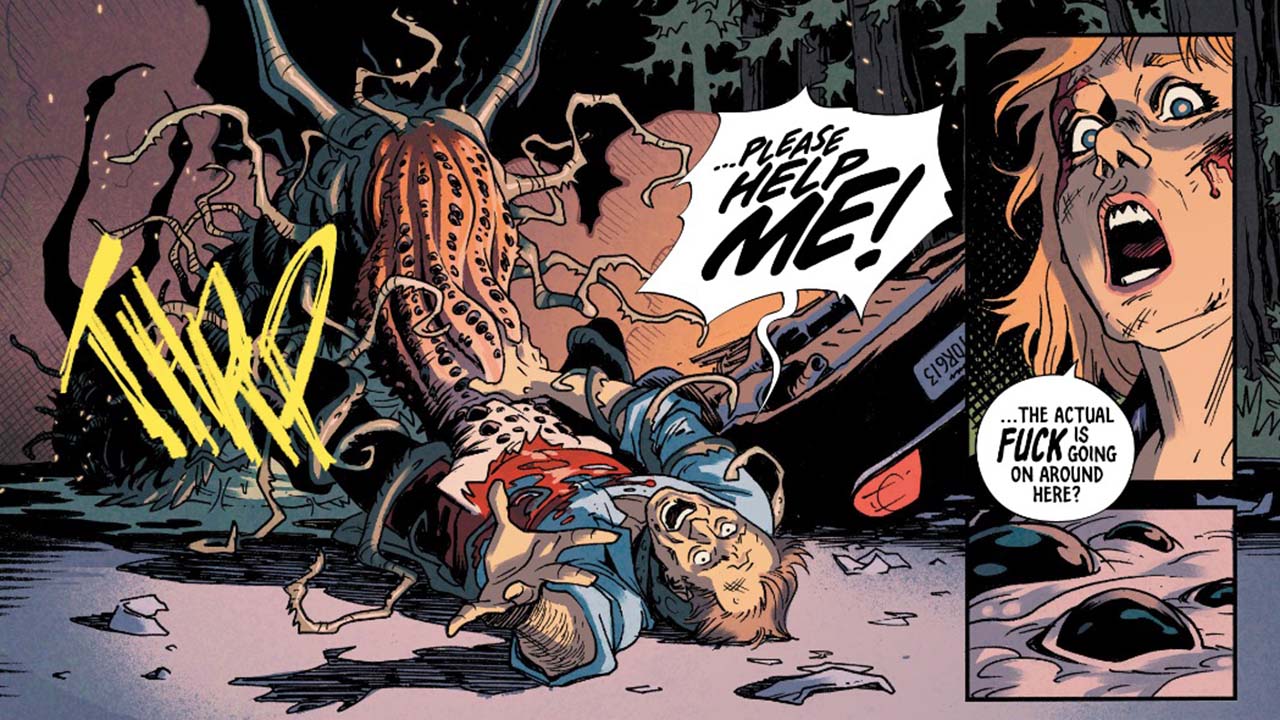 Ed Brisson pulled off something genuinely magnificent with Beyond The Breach; he created a story so intriguing that it’s almost impossible not to love, regardless of if the genre is something you’d typically gravitate towards or not. Fair warning, though, Beyond The Breach does have some colourful language, so be aware before you decide to pick it up for your six-year-old niece.

Want to grab Beyond the Breach for yourself? Head over to Critters and Comics. The series is currently available in the following formats: Digital or as five Single Issues (and if you want to know what that means, click here)