Ghostrunner released back in November 2020 but the Switch version is planned to release in SA at the end of the month in physical form. So the publisher sent me a review code to test out the game. I have already played the game on PS4, can’t wait for the PS5 enhanced edition in September too. However, the Switch version enables the game to be played anywhere thanks to the portability of the console. While it does come with its downsides, Ghostrunner on Switch is a fun way to experience the remarkable game.

If you don’t know what Ghostrunner is about, the game is a somewhat unique first-person action parkour game. You play as the Ghostrunner who is a cybernetic ninja who has lost his memory. You meet him in the middle of regaining consciousness as the base of a tower. This tower is supposedly the last remaining living quarters of the human race in the city. One thing leads to another and you find yourself running across vast parkour hubs tracking down an evil tyrant named Mara.

The main idea of Ghostrunner is to get to the top of the tower by surviving portions of challenges in the form of parkour and combat. Think Mirror’s Edge meets Cyberpunk without the bugs and mediocre gameplay. The Ghostrunner has voices in his head that slowly unravel the game’s plot while also teaching him new abilities and skills as he goes about the game. For the most part, the game is quite serious and there the straightforward plot might seem predictable very early on in the game.

Thankfully, Ghostrunner is still an awesome game even if you never focus on the plot at all. The idea of the world comes to life through the visuals as the city below is the slums and the upper city is where the wealthy reside. It doesn’t take rocket science to understand what is going on here and the world makes sense. Where Ghostrunner does shine is in its gameplay loop and the more I play it the more I feel like a badass cybernetic ninja freak. Everything in the game relies on a “one hit” focus. Be it me slicing up an enemy or an enemy shooting me with one bullet. Fair is fair and while I spent most of my time wall-running like and stabbing my foes, I felt human and fragile. These mechanics help put everything into focus as play a massive role in the game’s unique experience.

So with the “one-hit” focus in mind, Ghostrunner sees players use the environment, various objects and weapons to get past carefully created parkour rooms. The Ghostrunner can leap far distances, run across walls, sprint at a high speed, slow time down with a focus ability and use all his other awesome skills to get by. This results in high-risk, high reward gameplay and the most intense encounters I have had in a game. 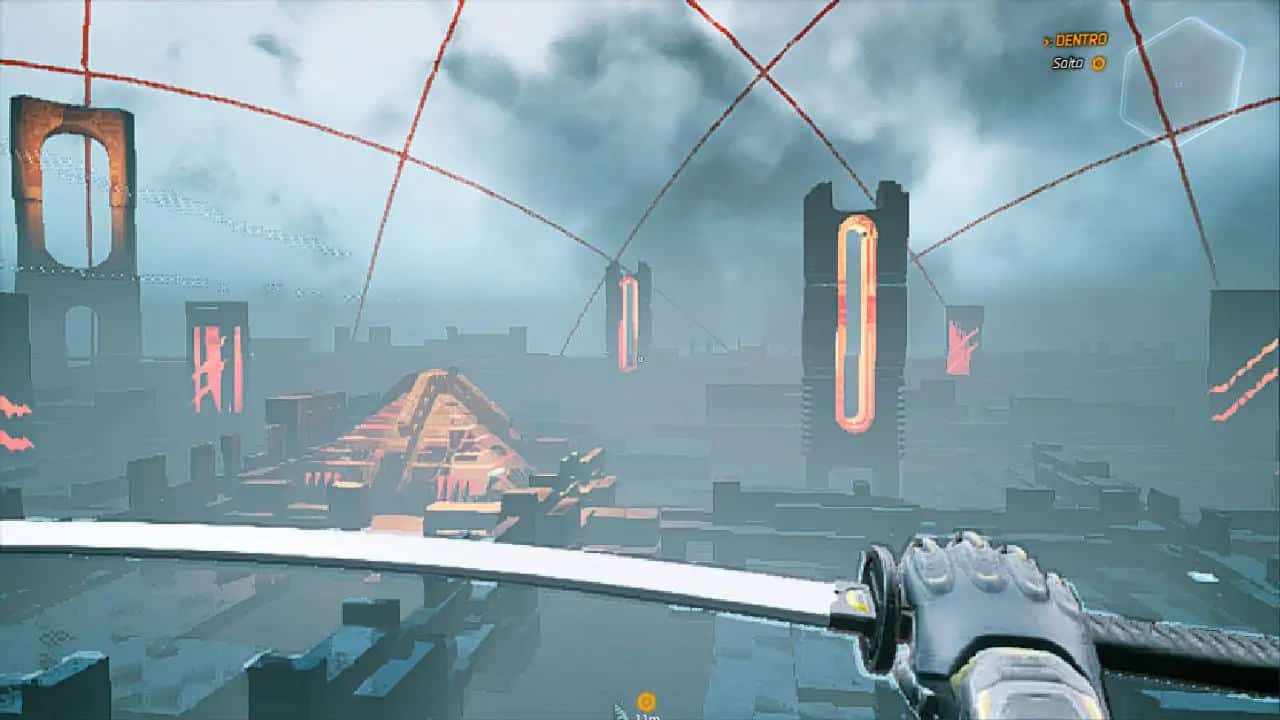 Think of it as a challenge room. I entered, scouted around for all the various routes I could take to kill my enemies, how quickly they would respond to my presence and considered a backup plan should things have gone south. I then sprinted ahead while mashing together a load of buttons to perform parkour combos, leaping off walls down onto my foes, crawled under a barricade, killed more enemies and cleared the room. However, things never always went that smoothly. When I died (and you die a lot), I was forced to take a step back and plan a different route. Be it going higher than lower or taking out grunt 4 first instead of 3.

All these factors merge together to deliver an intense yet enjoyable game. Even if some of these areas were more frustrating than enjoyable due to the sheer number of times I died. At one point I thought of Ghostrunner as a 3D Super Meat Boy game. You just die that often. There are times when Ghostrunner can feel a bit unforgiving. Some encounters are long and take what feels like forever to master. However, just when I thought I was done, some asshole shoots me from a platform above and I died. This can be a bit of a downer especially after spending thirty minutes leaping and running across the same room trying to get past the area. 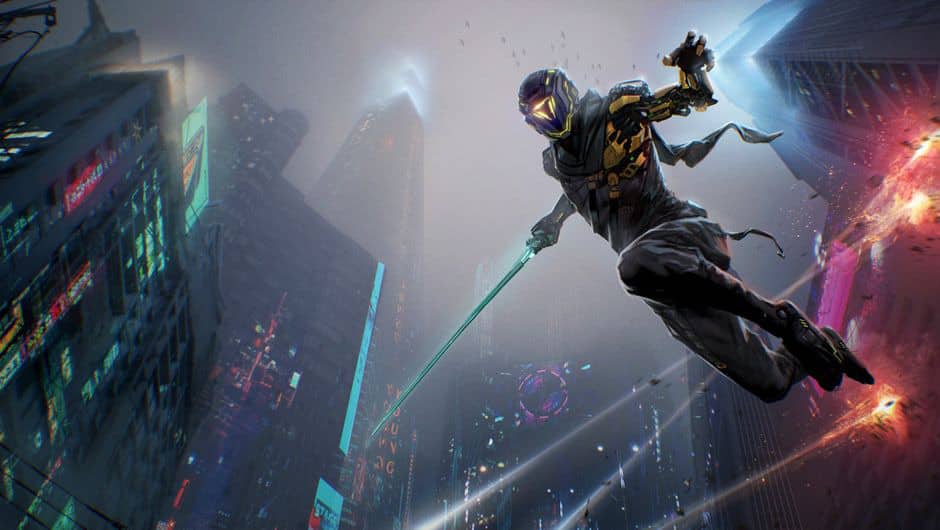 Don’t get me wrong, it feels great when you finally complete something but I just wished there was a little bit more freedom to implement my own approach a bit more. This would have reduced this frustration a bit as the game often feels like it’s their way or the highway. Stronger gear and some abilities help with this but there just isn’t enough freedom to make it feel like a personal achievement.

As for the Switch performance, Ghostrunner is okay. I say “okay” because it is. I played this on PS4 last year and it was butter smooth. The Nintendo Switch does have some frame-rate issues that often saw the game drop to 15FPS. This can be a problem in a game that relies on being accurate and smooth as you go about the challenges. These issues didn’t pop up enough to make the game feel broken but they might appear at the worst time for you. 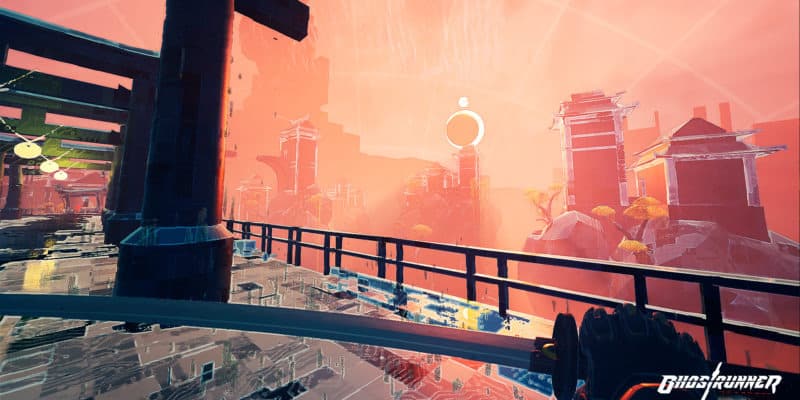 The Nintendo Switch does a great job rendering the game’s cyberpunk world quite well though. Details are clear and the draw distance is doable. Sure, some textures might be an eyesore every now and then especially in handheld mode but it isn’t the end of the world.

Ghostrunner is an already amazing game now playable on the go thanks to the Nintendo Switch. While it is not the best way to experience it, the hardware holds up quite well. The game takes around 12 hours to complete and there are some optional collectables to find. I sometimes wanted to throw my Switch at the wall due to the sheer frustration of the game (don’t do this) but in the end, I found it a welcome addition to my Switch library.

This Ghostrunner Switch review was based on a code sent to us by Gamefinity.