The Greatest Video Game Expansions of This Generation So Far
Advertisement

The Greatest Video Game Expansions of This Generation So Far 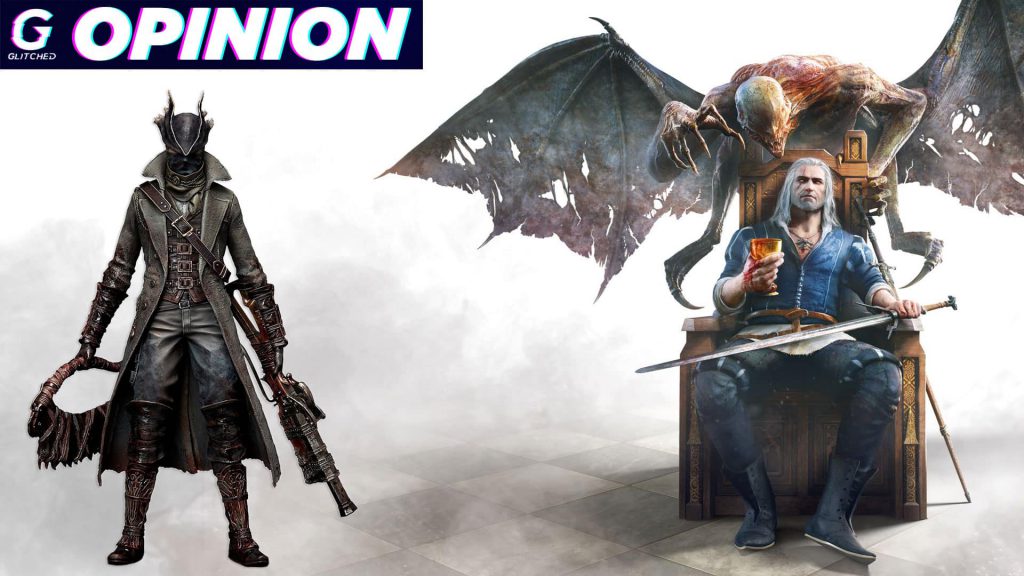 Many developers and publisher push post-launch DLC whenever they can, no matter how short and meaningless the DLC really is. Then, you get those developers who actually deliver true video game expansions for their titles. In this day and age, it is rare to see fully-fledged, amazing expansions and that is why I would like to honour these creations. Some of the greatest video game expansions of this generation so far are so good that they could be a full new game.

Related: The Things Some Gamers Pretend To Love

Thank you to the developers who went the extra mile to deliver content of the utmost quality. The greatest video game expansions of this generation so far are sorted by order of awesome wrapped in win to just plain awesome.

The Witcher 3: Blood and Wine

Developer CD Projekt Red doesn’t play around when it comes to DLC content. The Witcher 3: Wild Hunt received 19 pieces of free DLC content and then, two mammoth expansions that gamers had to pay for. In terms of pure content, Blood and Wine is the greatest video game expansion of this generation. I will confidently say that it could and probably should have won Game of the Year standing on its own when it released in 2016.

Blood and Wine not only features a massive new area for players to explore, but it also delivers perfect sendoff for Geralt of Rivia. Everything players loved about The Witcher 3 is there and the expansion ups the ante in multiple ways, making everything even better. You have new ways to increase your character’s power through mutations, you have a home that you can build up, and you have a brilliantly written story with some very intriguing choices and consequences. Best of all, in my opinion, was that this expansion was true end-game content, providing a challenge to even the seasons monster hunters out there.

Focusing on Elder Vampires, which in the game’s lore are so powerful that even Witchers rarely take contracts on them, was the best choice CD Projekt Red could have made. The lore behind these characters you meet and the whole of Toussaint is simply a masterpiece. Just how big is Blood and Wine? Well, it will take you between 20 and 40 hours to complete depending on how much of the world-class side content you do.

The way developer Techland handled Dying Light’s expansion and free content updates are not only commendable, but it should also be a standard in the industry. Instead of throwing small pieces of DLC at gamers, Techland releases a mammoth expansion with an open-world twice the size of the original game.

Everything we loved about Dying Light (in my opinion the best Zombie game of this generation) was still there, with an interesting cult-focused story, additions like vehicles, awesome new weapons and much more. In terms of content, it has to be one of the biggest video game expansions ever created and after the expansion released, gamers could purchase the full game plus the expansion at a great price as well.

Dying Light: The Following is an exceptional example of how video game expansions should be handled and I, for one, can’t wait to see what Techland has in store for us with Dying Light 2.

The Witcher 3: Hearts of Stone

Yes, this is a second entry from The Witcher 3 in a top five about the greatest video game expansions and don’t fight me on this. Hearts of Stone could stand on its own and compete against full AAA releases, with over 10 hours of story and if you take your time to do everything (and you really should) it could take you up to 20 hours to complete.

Hearts of Stone doesn’t have an entirely new area like Blood and Wine, which is why it is lower on the list. However, expansion has one of the best stories ever in a video game and also brings some great changes, including enchantments on weapons and armour that can completely change combat. There’s a lot to love about Hearts of Stone, but the story of the nobleman Olgierd von Everec and mysterious Gaunter O’Dimm really shines as one of the most interesting stories ever told in a video game.

Through the fantastic plot, we see Geralt in situations I never thought possible, for example giving a speech at a wedding, chasing some pigs around and much more. There’s a very dark side to all of this as well and without spoiling anything, Hearts of Stone delivered one of the most difficult choices I’ve ever had to make in a video game. Basically, you should play both expansions of The Witcher 3 if you haven’t already, starting with Hearts of Stone.

The PS4 exclusive Bloodborne is one of my favourite games of this generation so far, with a fantastic, gothic setting, that Soulsborne challenge and boss fights that will make you throw your controller at the screen. With Bloodborne: The Old Hunters, From Software, upped their game to a whole new level, with new areas to explore and five gruelling boss fights for players to bash their heads into.

As far as the challenge goes, the areas are brilliantly done, from the Clock Tower to the Hunter’s Nightmare. The Old Hunters is filled with lore that players have to find and figure out for themselves, new monstrosities to face off against and the boss fights are just so well-designed that you will never forget most of them.

The Old Hunters doesn’t change the formula too much, but it does an excellent job at improving on Bloodborne with new transformable weapons and using some dark magic, players can even transform themselves into a beast. This opened up some great gameplay choices and the entire package just screams quality.

With all the negativity surrounding the Diablo franchise with Diablo Immortal, it is easy to forget that Diablo 3 also had a lot of negativity thrown its way when the game launched. That infamous error 37 and most of all, the Real Money Auction House truly brought the game down. However, with death came redemption as the Reaper of Souls expansions not only delivered a fantastic new story with the most intriguing character in Malthael, the angel of death, but also demolished the Real Money Auction House. That’s the main reason why Reaper of Souls is on my greatest video game expansions list, as it truly saved Diablo 3.

The expansion threw new mechanics, monsters, areas and more at the player and Diablo 3 simply wouldn’t have been nearly as great as it is today without Reaper of Souls. Sure, Blizzard might be in the dog house now after the whole “don’t you guys have phones” incident, but one has to remember just how great of a job they did with Reaper of Souls and how they listened to the community.

Mass Effect 2 Legendary Edition Guide: How to Save Everyone in the Suicide Mission

Starfield Trailer Was All in-Game Footage, No Cinematic Tools Used 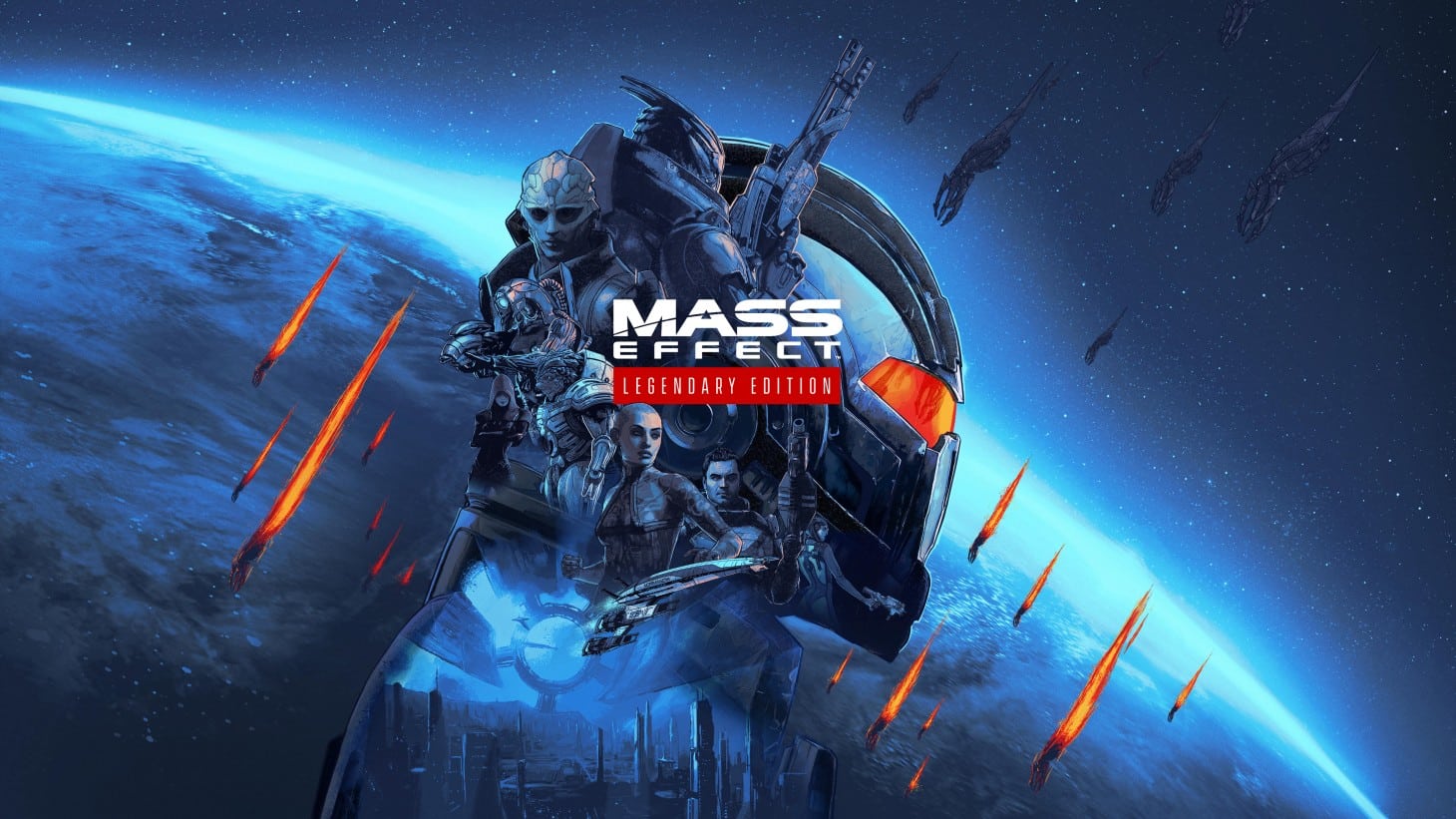 Mass Effect 2 Legendary Edition Guide: How to Save Everyone in the Suicide Mission 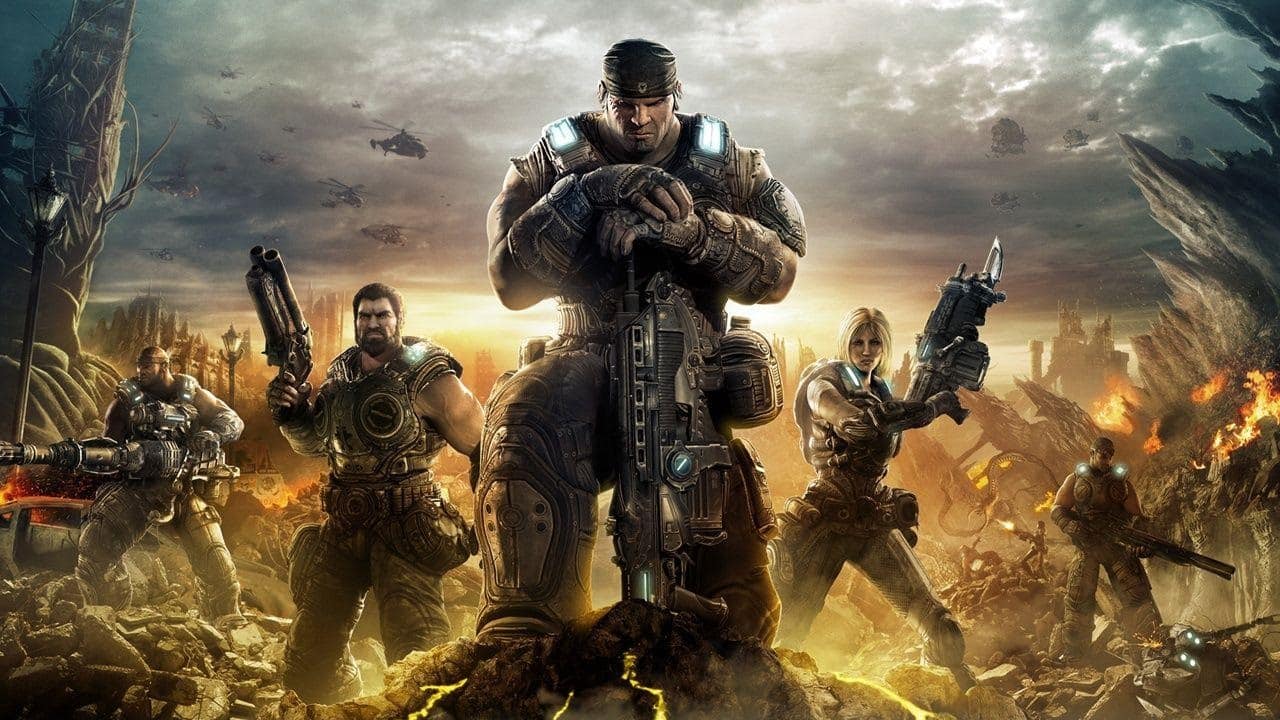 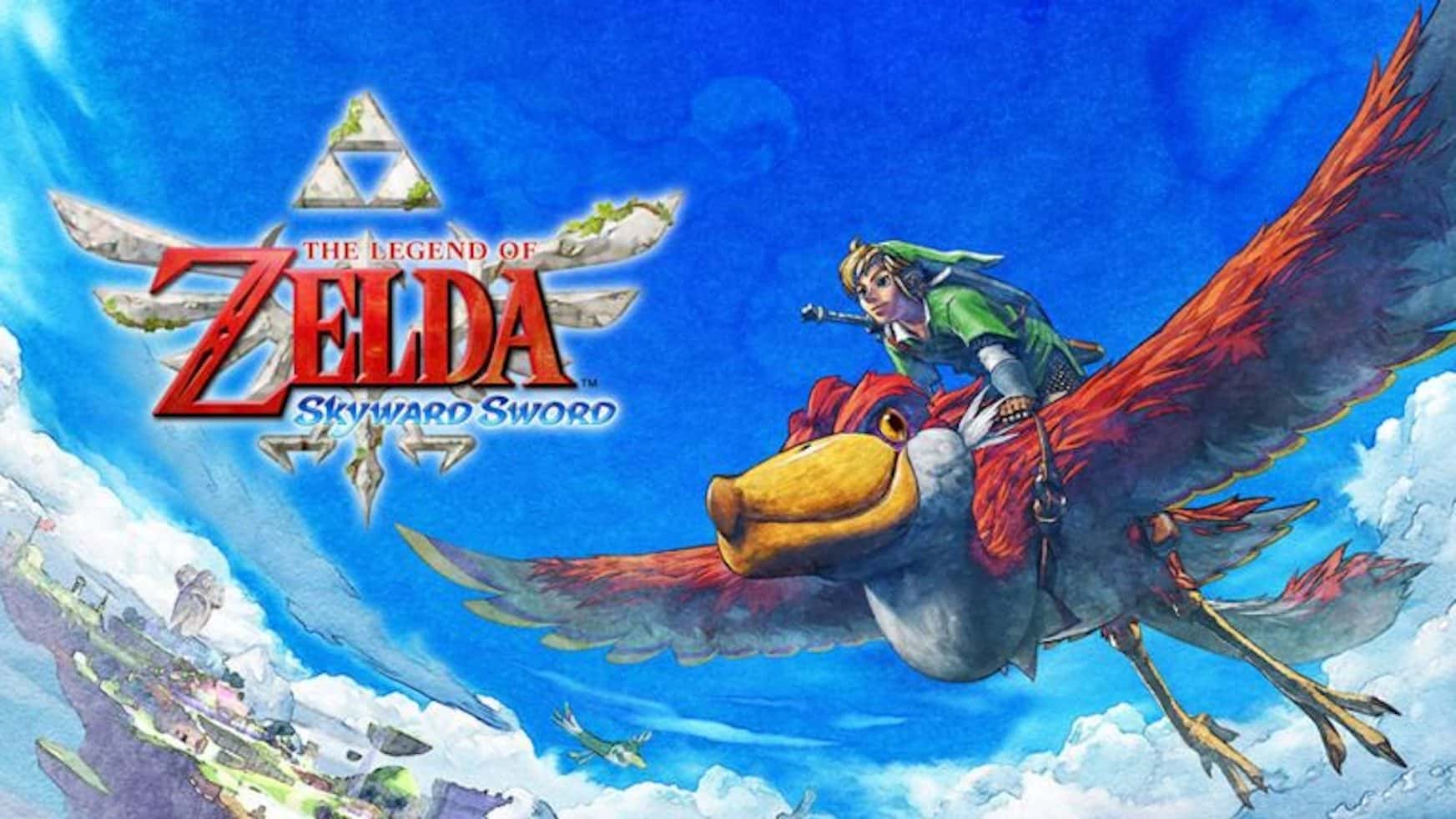 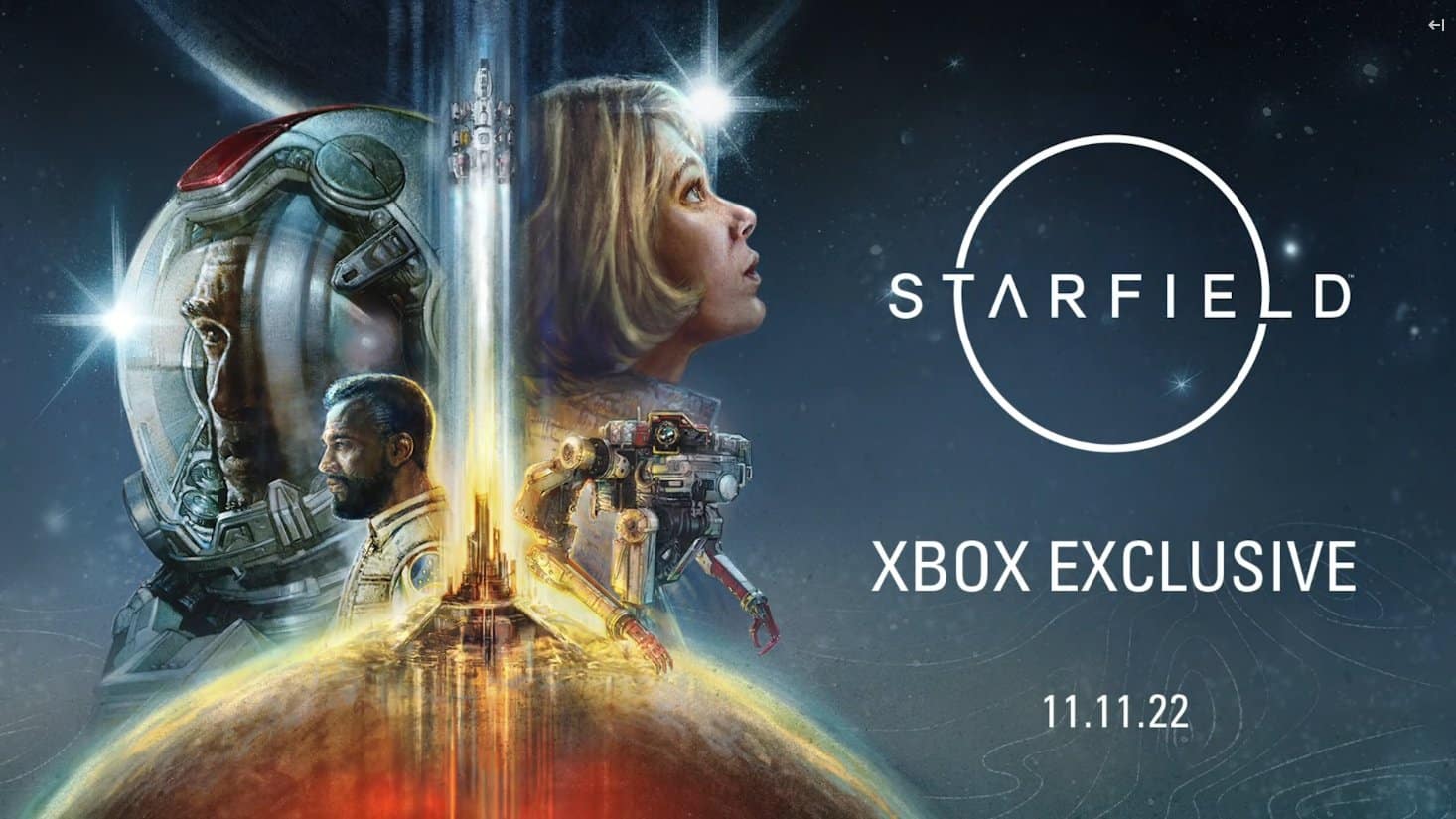 Starfield Trailer Was All in-Game Footage, No Cinematic Tools Used