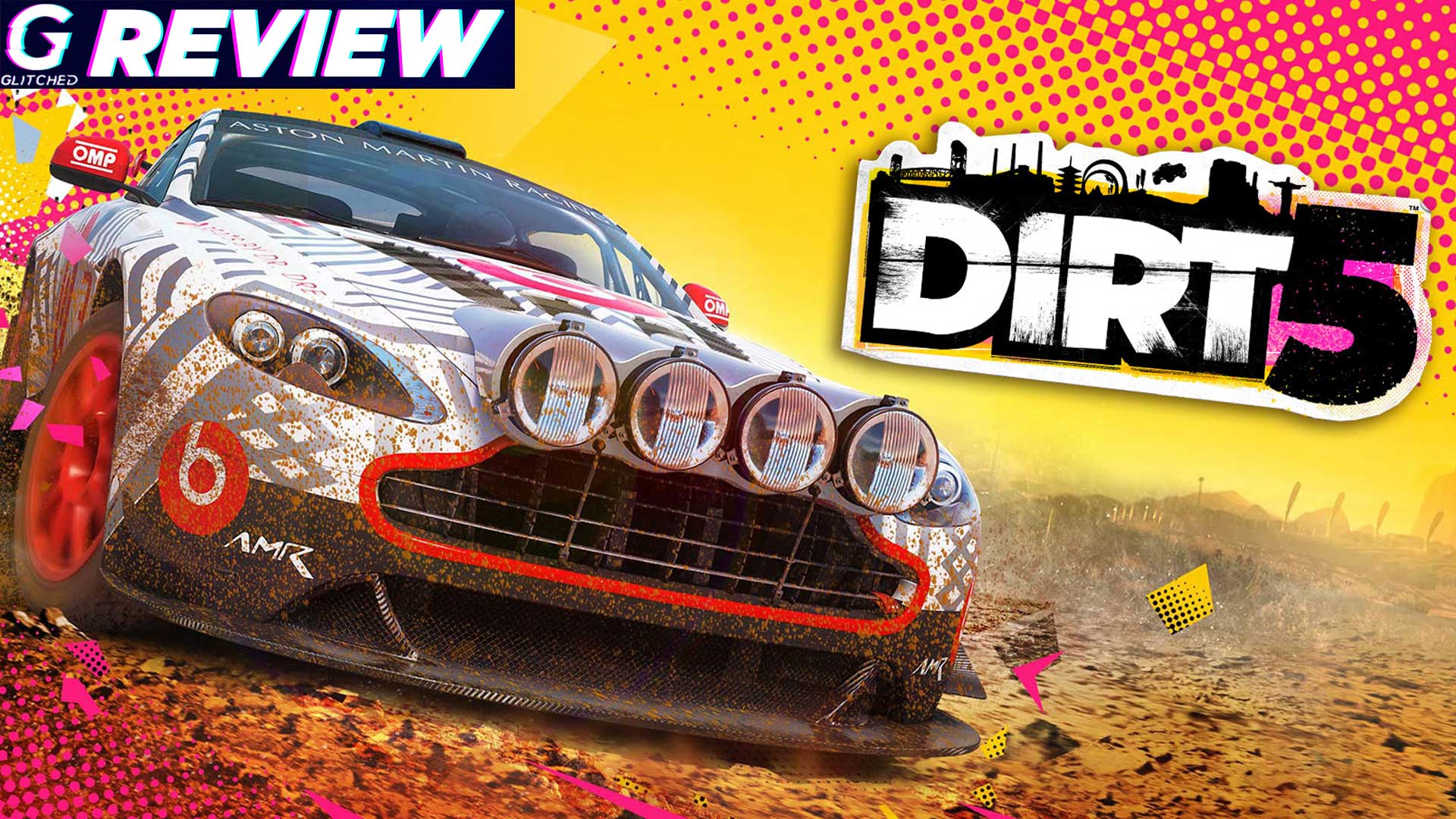 There’s no doubt that DiRT 5 has received a new coat of paint this year. The entire game is vastly different from the other mainstream entries in the series and the “paint” is a lot more colourful than ever. DiRT 5 has a lot of style which oozes into the game’s racing, menus, soundtrack and cars. However, all this comes with a downside too. DiRT 5 is an arcade racer and has dropped the serious off-road persona for something more casual. This approach makes it easy to simply pick up and play the game while at the same time you don’t need to be a racing game enthusiast to enjoy it. If anything, I have not enjoyed a DiRT game this much in years. It gave me the opportunity to race across the hills of Lion’s Head in Cape Town without worrying about tight bends, my suspension, or fine-tuning anything about my car.

The new approach DiRT 5 takes simply makes sense for its launch timing. With new consoles on the horizon, this new game makes it extremely approachable for all gamers. You don’t need to know anything about the series. You can just get the game and enjoy it on your fancy new PS5 and Xbox Series console at 120Hz I might add.  While I played the game on both Xbox Series X and PS4, I cannot disclose any information about the next-gen experience at this stage. However, I will share a full report when possible. With that being said, this review is based on the PS4 version of the game. 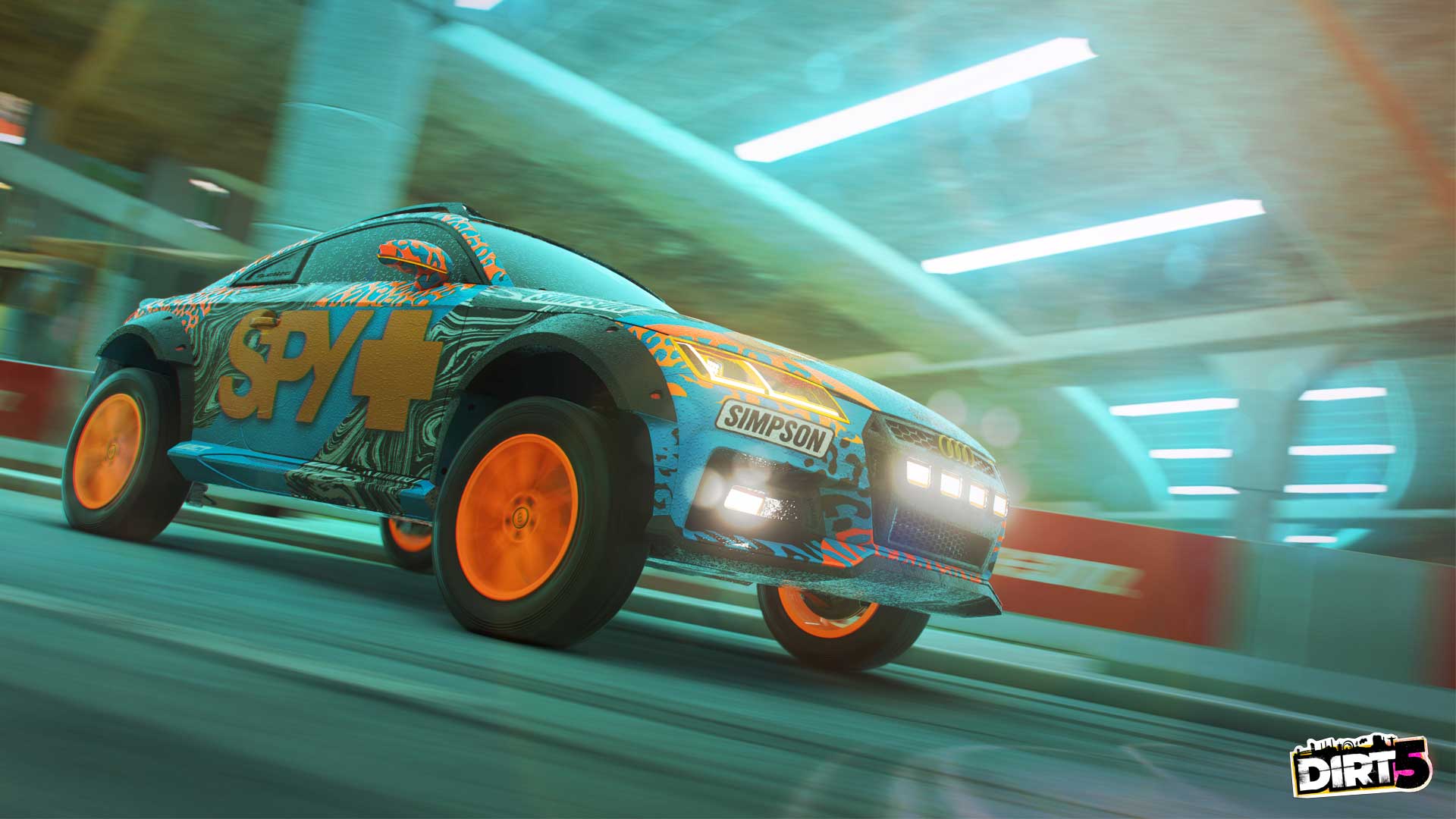 DiRT 5 is a meaty racer. Its campaign alone will keep you busy for hours and while the activities slowly start to blend together, it delivered enough to keep me going. There’s a crazy 75 tracks in the game. Sure, most of them are repeats but in reverse but that is a lot of content to digest. Thankfully, the game’s bite-sized races make chewing through the content easy enough. Not to mention the campaign never felt too difficult and even later on in the last chapters, the AI was a decent challenge, the dift score requirements were reasonable and the time trials never felt as if I was cutting it close. Sure, some user may find this offputting, but there’s always the Arcade mode where you can set up your own track, set the difficulty and race. You can also change the overall AI difficulty in the options menu but even on medium, these opponents were manageable.

At the same time, DiRT 5 also offers some cool ways to approach these campaign challenges. Every race includes a handful of side objectives to complete which often revolve around drifting a set number of times, staying in the air for a set amount of seconds or staying at the number one spot for a few seconds. These were never too tough to complete either and within the first lap, I had mostly completed them all. There’s also the sponsorship mechanic that let me sign with a brand such as AMD. The brand then came with its own tasks such as completing Land Rush events and performing specific jumps. This increased my reputation with the brand which then unlocked new profile banners and icons. 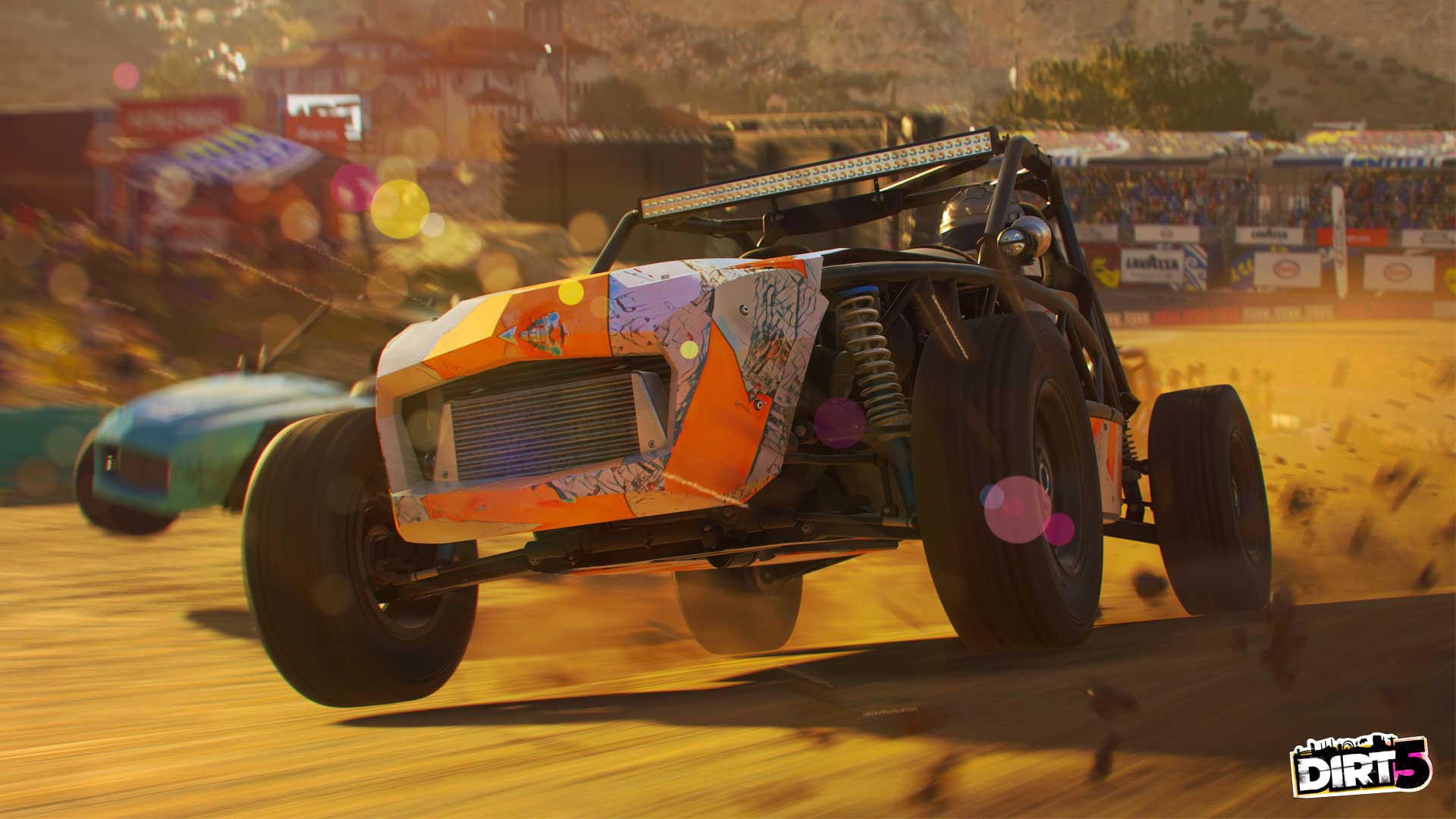 A lot of the time DiRT 5 felt like Codemasters stripped a lot off the bone. Cars, while having a decent roster of each, cannot be tweaked or customized. Instead, you can change the paint job by making your own using the decals unlocked throughout the campaign or using one I unlocked by hitting a certain level. Cars are ranked in specific tiers. There’s “Performance” and “Handling” and this changes how the vehicle performs on a track. I use the word “vehicle” because not all of them are cars. There are buggies and other off-road contraptions. Each has its own performance and handling rating as well as weight, power, drivetrain and torque. These numbers are set in stone and determine how well a car drives.

Whatever my chose of the vehicle was for that race would determine what range of cars the AI would use. I don’t know how this system worked but it seems as if the rating would be used across the lineup. When I chose the Laffite G-Tec X-Road with an S in performance and a C in handling, the AI got similar cars. It made things fair. I wish I could say that cars felt drastically different across the board because they don’t. There’s no real need to worry about the finer details of each car. Just earn money by racing buy the highest rated ones and race. I enjoyed how accessible this system is but then again, some people may find it boring. 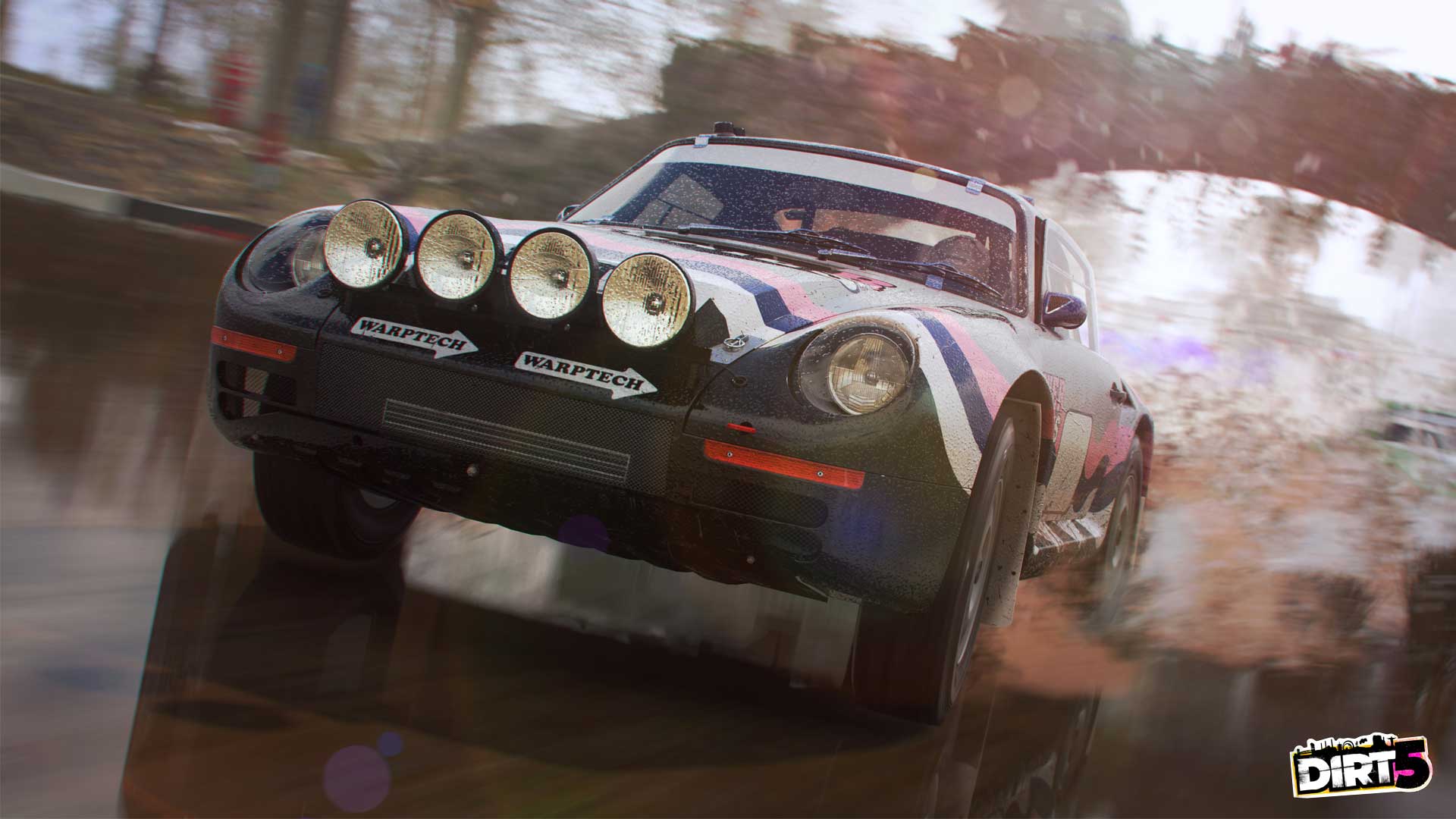 Regardless of the car I had, the game felt great and every track provides some sort of thrill. Sure, this is not your crazy Trackmania sort of arcade racer but the tracks took me to some awesome locations around the world. I raced through forests in China, on muddy slopes in Cape Town, down wet hills and dense jungles in Brazil and even across frozen water in New York. There’s no shortage of exciting tracks in DiRT 5 and even after completing the campaign, I went back to set some personal best timers on some of them. I loved how each track challenged me in some way or another. The frozen ice meant I had to learn to control my car’s drift more than ever. The wet slopes meant I slid across them and crashed into a rock.

If you love a track so much then the Arcade Mode lets you race through it again with different tweaks to the weather, time of day and how fast everything progresses. This makes for a great way to experience the best tracks. Lap 1 would begin in the morning and lap 3 saw me racing through the dark in a completely different experience. Weather also changes visibility and of course, a wet track is a whole different track. 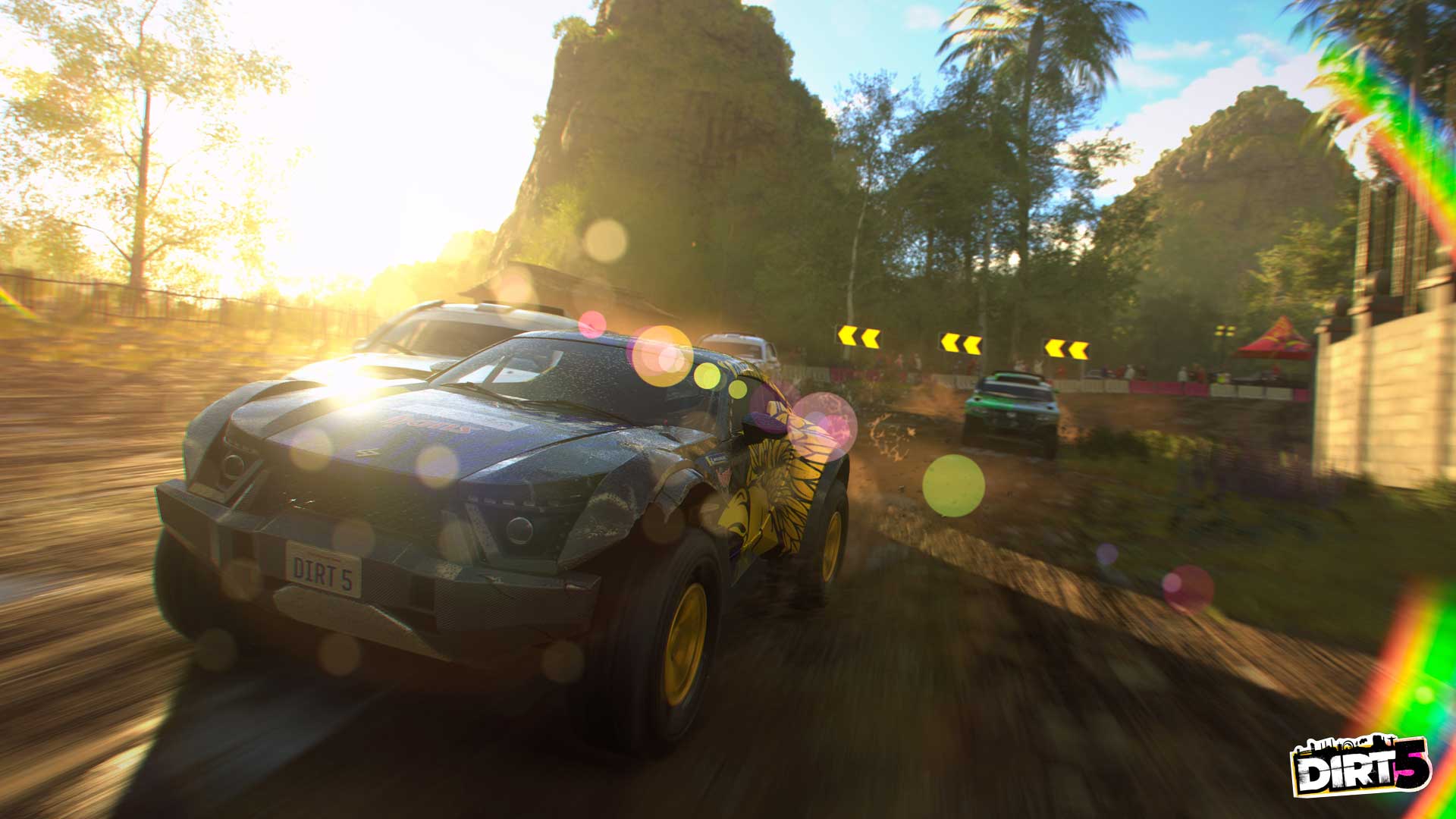 Visually, DiRT 5 looks okay. I won’t say it is a Forza Horizon 4 competitor by any means. Tracks look great with some decent detail across them. Distant objects look a bit rough but you are often going so fast you miss it. Cars, on the other hand, are quite hard to look at. They all look so plastic and cheap and lack polish. They look even worse when say the dust from a track collects on the back of them and gives off a white glow. There’s a lot to love about DiRT 5’s visuals but the cars are not one of them. Thankfully, the game had enough personality that made me forget about it all. Menus are bright, icons and banners have a great cartoon vibe to them and the soundtrack is okay. There’s also Nolan North and Troy Baker who talk amongst themselves in the menu system but I never paid attention to anything they had to say. They just ramble on about random stuff and the whole addition of them in the game makes no sense to me.

We then have the Playground mode which lets you create and play custom tracks. It is easy enough to use and there were some fun tracks I played during my review process. The true joy of this will come when the game releases to the public and players can experiment with it. As for the multiplayer, Codemasters says there are some cool modes called Vampire and King Transporter which are objective-based 12-player races but I was unable to find people to play with during the review process. For obvious reasons. I look forward to testing these out though. 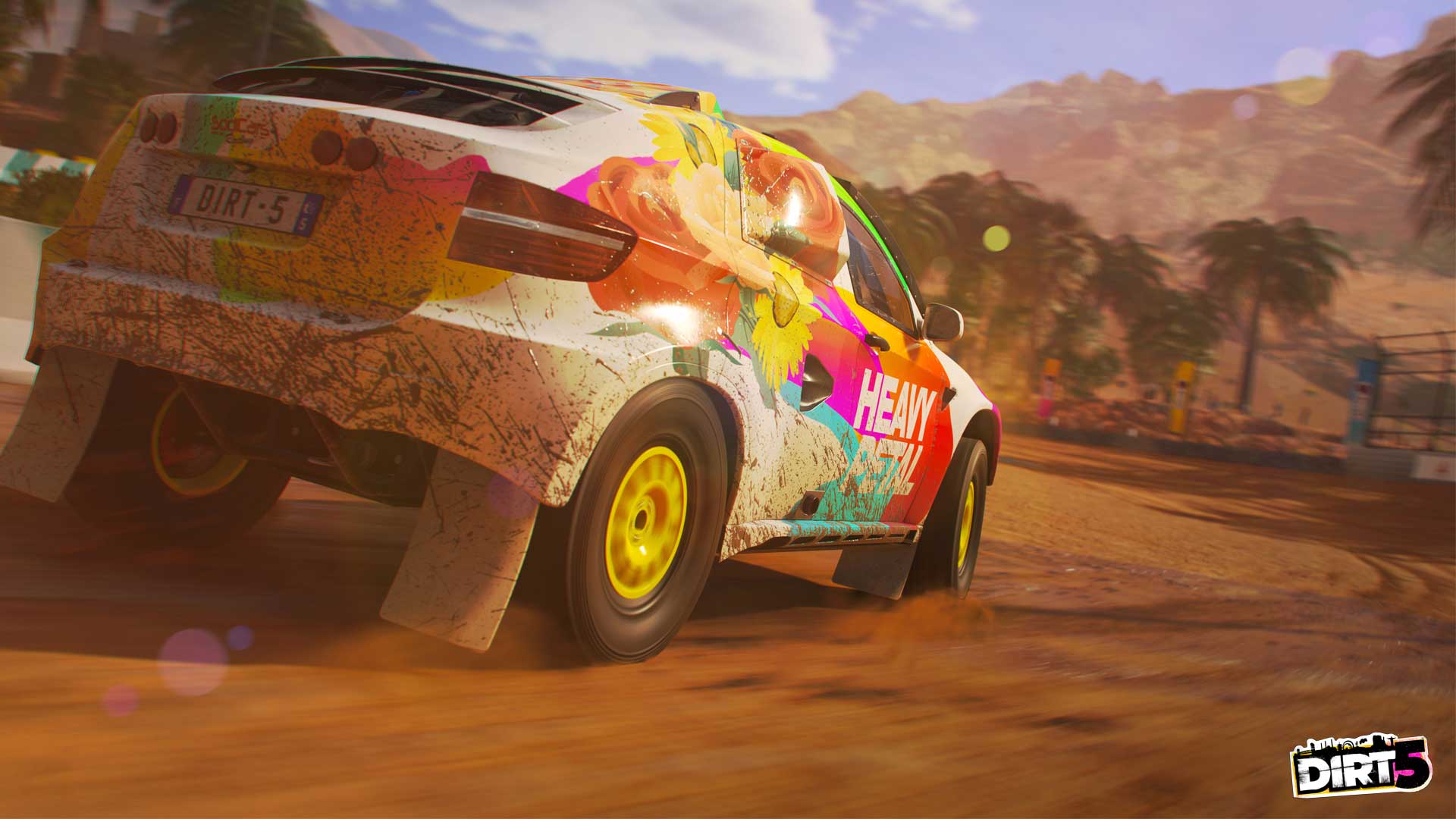 DiRT 5 is fun. While it lacks the depth of past games, I thoroughly enjoyed the arcade approach. One can just jump in, play a race and go back to watching Netflix or something. It is not overly complicated by any means. Just a fun content-packed racing game for the masses.