Metroid Dread Review
"The best side scroller of 2021"

It has been 19 years since we got a new side-scroller Metroid game and the latest Metroid Dread had some big shoes to fill. Thankfully, this modern take on a classic manages to capture the nostalgia from back in the day while at the same time delivering one of the most refreshing Switch games of the year. Metroid goes from intense horror to over-the-top action in one sweep and its best moments make the game stand out as a game of the year contender. Of course, this is also the first game to release on the new Switch OLED and its visuals are brought to life on the new display in ways you can even imagine.

Metroid Dread is set on the planet ZDR and the game’s incredible attention to detail shines on the hardware. It goes to show how much juice the Switch still has in it given how dated the console really is. The game is also a wonderful tale to witness unfold especially if you’re a fan of the series. I, for one, aren’t as clued up as I wanted to be going into Metroid Dread but thankfully, a bit of research beforehand and I got the gist of the plotline. 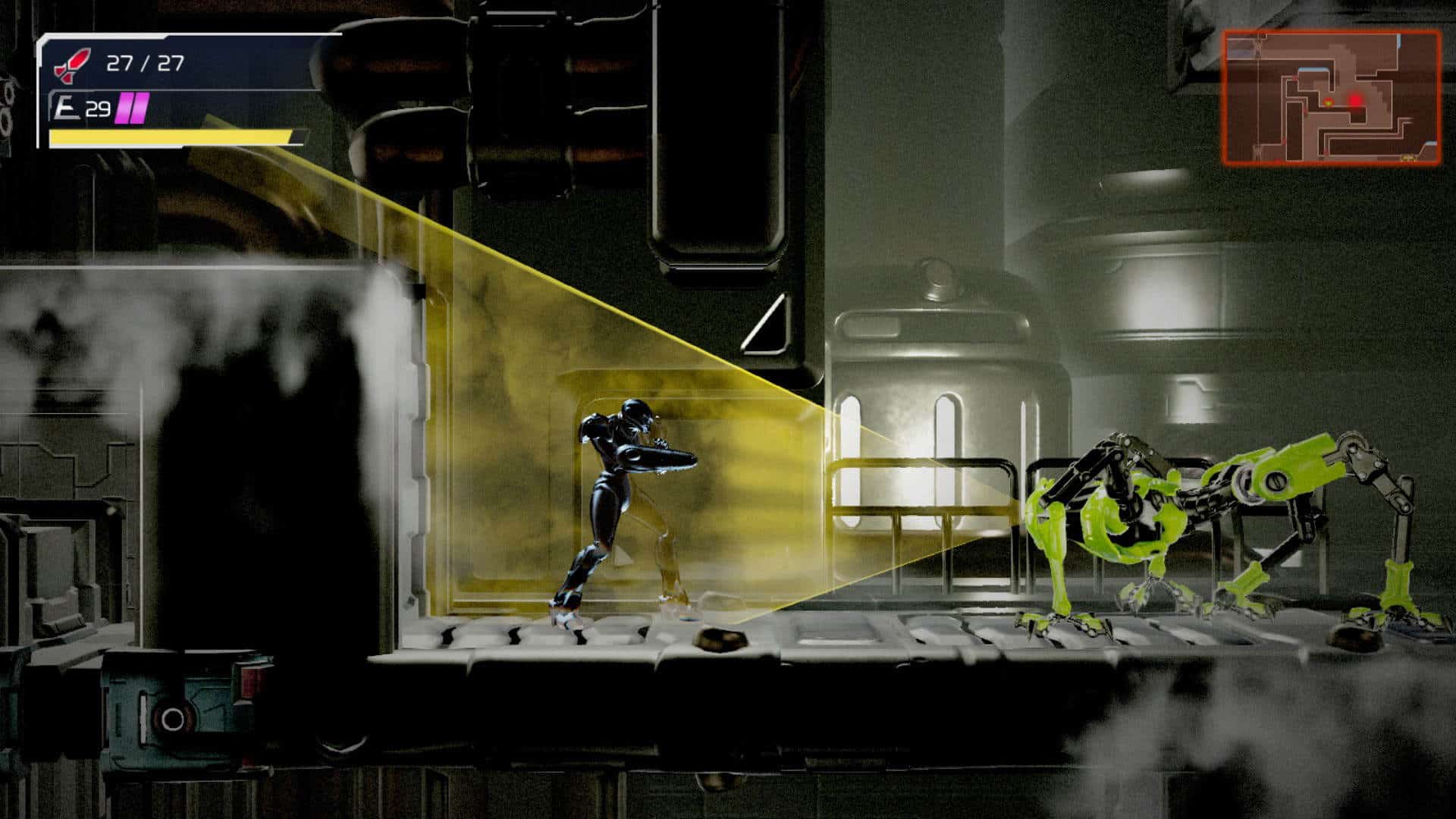 In short, Metroid Dread sees Samus venture to a system called ZDR in order to hunt down an alien lifeform called X. Metroids like Samus were originally created to kill these aliens and did so back in the day. Or so they thought. One of these critters have now been spotted in this system and Samus flies off to hunt it down. Unfortunately, things go south very fast and Samus comes face to face with a new powerful droid called EMMI (or Extraplanetary Multiform Mobile Identifier). These are deadly robots that lurk on the system and can kill Samus in one hit if you can’t counter the attack.

Throughout the game, I was able to learn and understand a bit more about the Metroid series through lore and information provided by Adam – an AI Samus encounters. This lore tries to make sense of the ZDR system while also providing insight into the EMMI and even the various upgrades Samus find throughout the game. It is a wall of text with a computer voice. Not the most innovative storytelling ever but it works. Thankfully, Metroid Dread is carried high through its gameplay and it does this extremely well. There’s also something magical about a platformer that feels good to play. Metroid Dread is one of these. 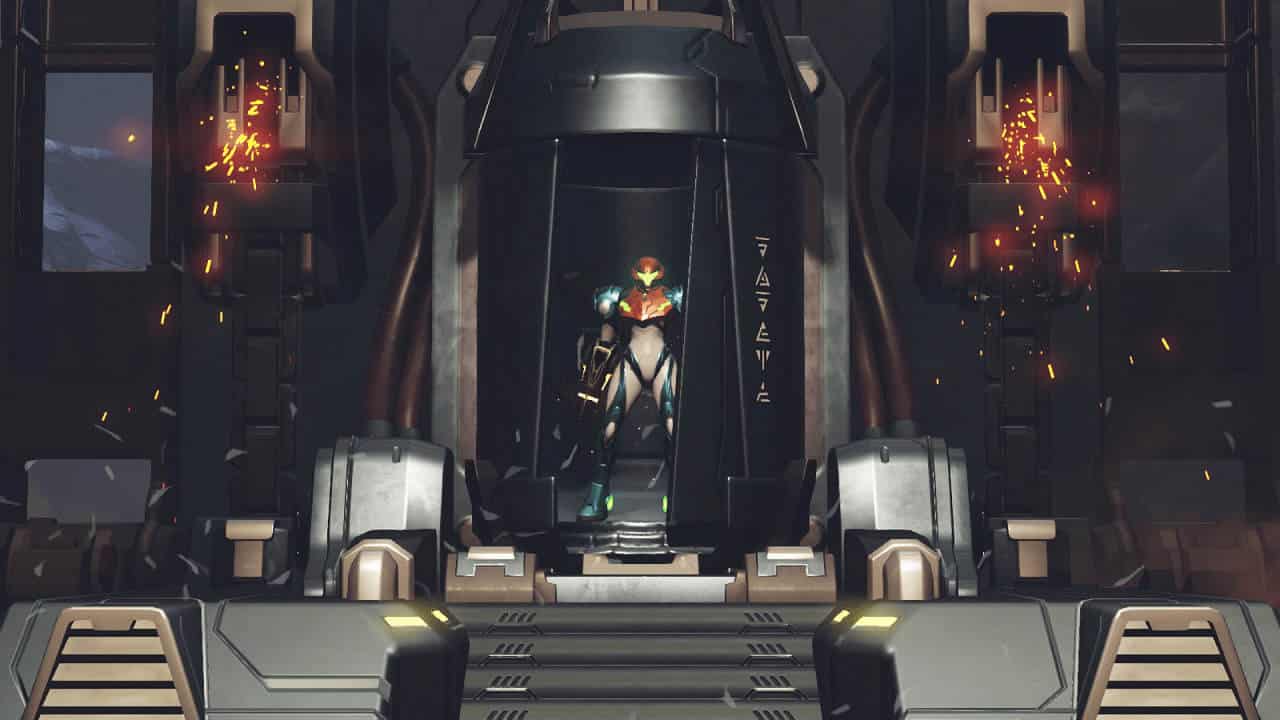 As side-scroller platformers go, Metroid Dread sees Samus running around the world while moving across the screen divided into sections. Get to the end of the screen and go through a door and the next area is loaded in. There’s also a range of districts Samus can explore by reaching travel points. This takes her to a new area. However, exploration is mostly free depending on the gear I found in the world. I often had to track back to an earlier district to use a new ammo type in order to unlock a door and progress through the game.

Getting around is easy enough but it does take some getting used to. Samus can run, jump and shoot. She also gets new abilities like invisibility that can dodge the sight of the EMMI. My only issue with the overall movement was the shooting. Instead of using the right stick to aim and shoot, I had to hold the L button and aim with the left stick to shoot in a specific direction. It would have been nice to have the ability of running and gunning using both sticks. A small issue regardless. 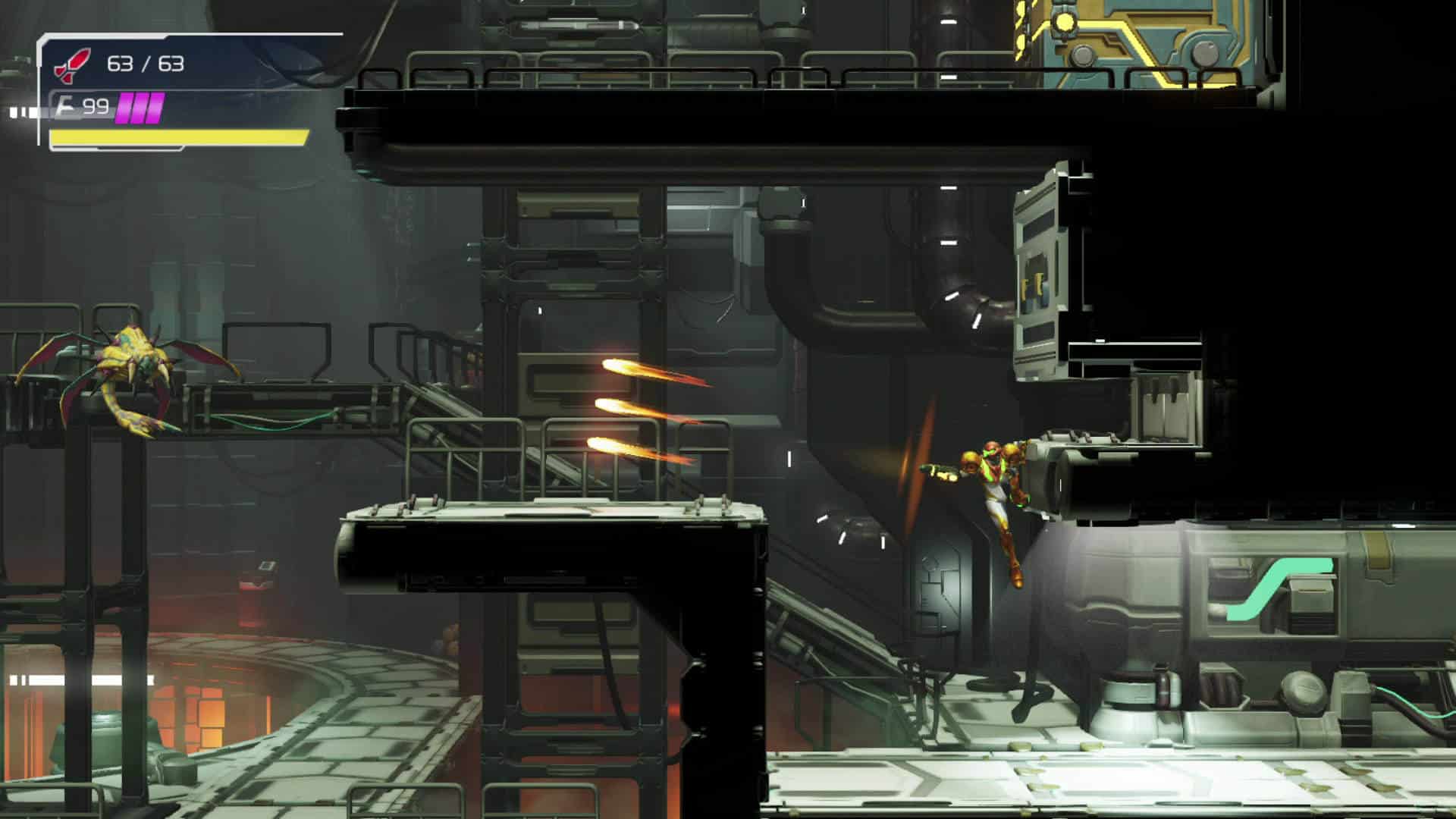 Samus can also melee enemies and counter them if I timed the attack right. This ties into a lot of combat in the game especially the EMMI and boss fights. A lot of boss fights prevented me from carrying on until I timed my counterattack perfectly and deflected a deadly swipe. Thankfully, most boss fights continue if you miss this attack. Sure, I had to redo a few shots but I lived. The EMMI, on the other hand, kills Samus instantly if she gets too close and I failed to time the deflect to perfect precision.

EMMI encounters play a huge role in making Metroid Dread great. These intense portions are often met with a fast-paced chase throughout a facility as I ducked and dived around the droid, slid under floors and if all else failed, tried to counter its one-hit kill. EMMI can be killed but only in certain moments of the game and if Samus has the right resource. It makes them a real threat and bumping into them is always stressful. 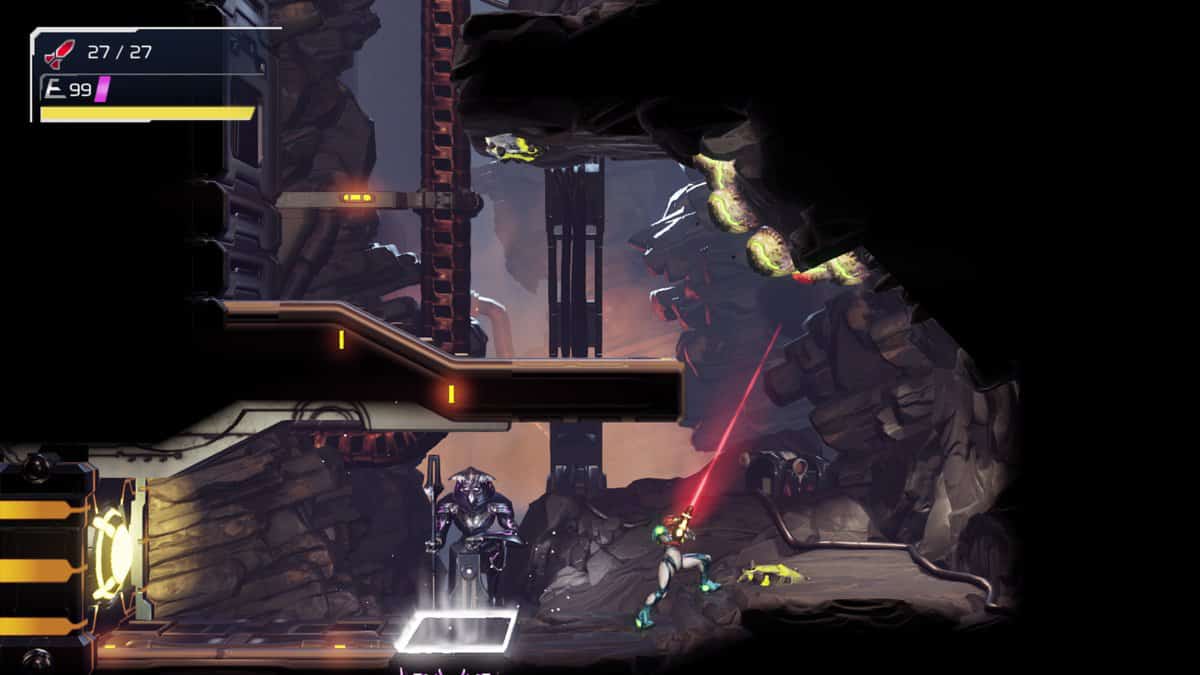 Enemies in general are deadly. At first, I thought the game was a pushover but the more I got into it, the more I died. Enemies are designed to be killed in certain ways. They also move about sections in a specific path to collide with Samus and give her a rough time. There are no moments of rest. It is constant shoot, run, hide and kill. The more Samus grew with new weapons and skills, the more these were put to the test in the areas ahead.

The same goes for the EMMI encounters. Metroid Dread has been designed with such attention to detail that juggling all the various gadgets and ammo types becomes a priority later down the line. EMMI encounters start off relaxed but later, doors open slowly, objects need to be destroyed and pathways are blocked by specific mechanics tied to new gear. At least when I died, I started nearby and the risk of failure wasn’t huge. Considering you will die a lot, be it to fire, bullets or an EMMI, this helps. 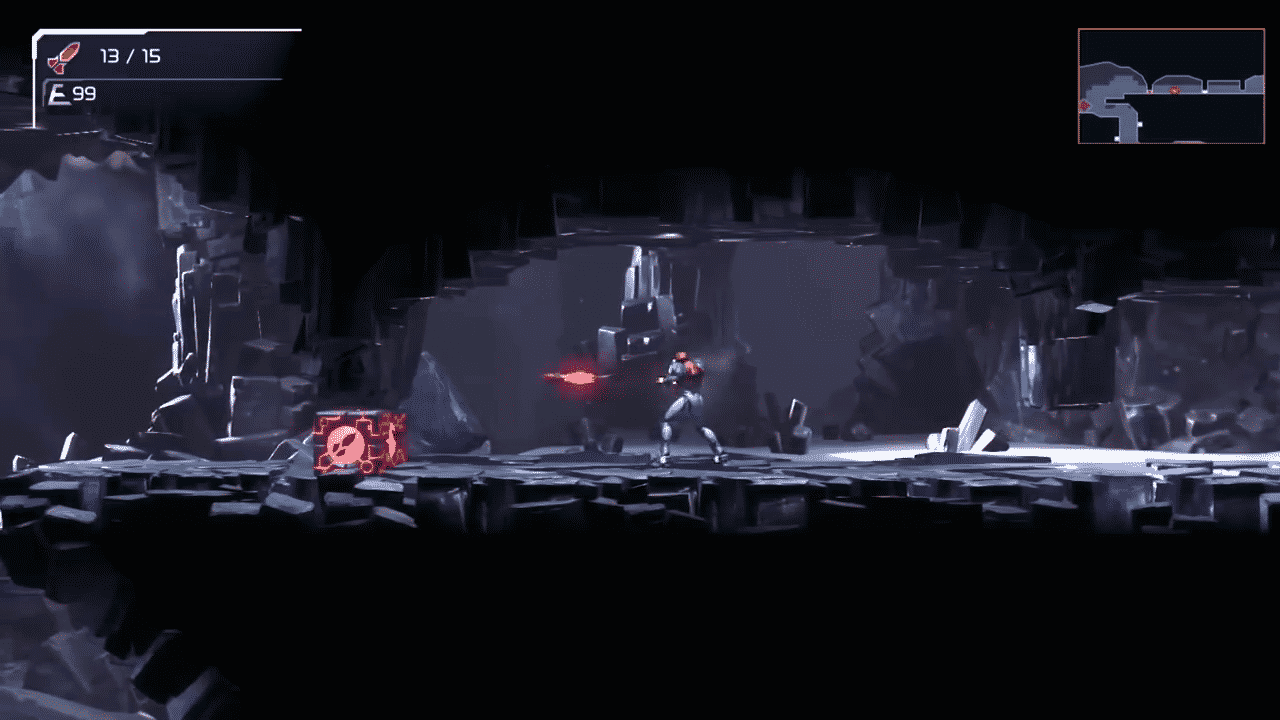 I need to emphasise how gorgeous Metroid Dread is. The world is incredibly layered and well-paced. Some iconic moments include seeing a future boss lurking in the background only to encounter it an hour later. There’s a lot to see and hidden pathways are littered throughout the game. The sound design also brings this world to life. Sounds fill the sections and growls from enemies are heard in the distance.

Metroid Dread is a gem. The game is not to be missed if you’re craving not only a masterwork side-scroller but also a new Metroid game. It is definitely one of the best games of 2021 for the Switch.