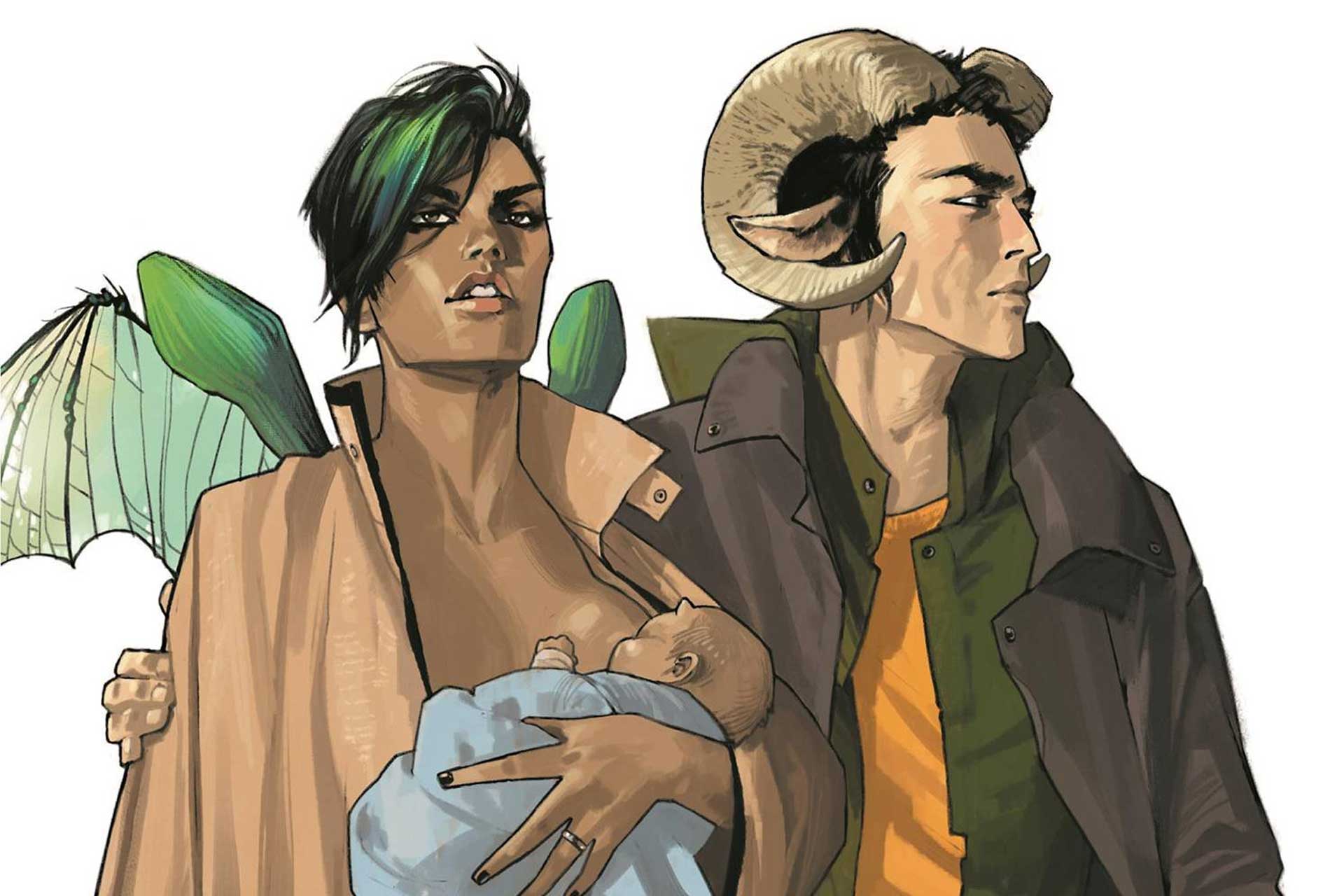 This is NOT an all-ages comic, but it ‘is” a comic for the ages. Saga is the violent, dirty, and sometimes gut-wrenching story of what it takes to be a family.

We follow the illegal, inter-species relationship between two ex enemies and soldiers, mom Alana and dad Marko, as they try to flee from a seemingly never-ending intergalactic war being fought between their homeworlds while just trying to find somewhere better to raise their daughter, Hazel.

It’s a story about trying to change in a world that wants to stay the same and a family who has to make painful choices just to try to remain together.

Created and Illustrated by power duo Brian K. Vaughan and Fiona Staples, comes a comic so raw, powerful, and beautiful in its bizarre normalcy that it’s almost impossible to look away from the page.

Brian K. Vaughan is a master at telling stories that are somehow profoundly relatable, even in their unreliability. He made us feel like we really were the only man left alive in Y: The Last Man, took us back in time to how it felt to be a 12-year-old girl in Paper Girls, and in Saga, he lets us see what life, love, and family look like from every perspective you could imagine. 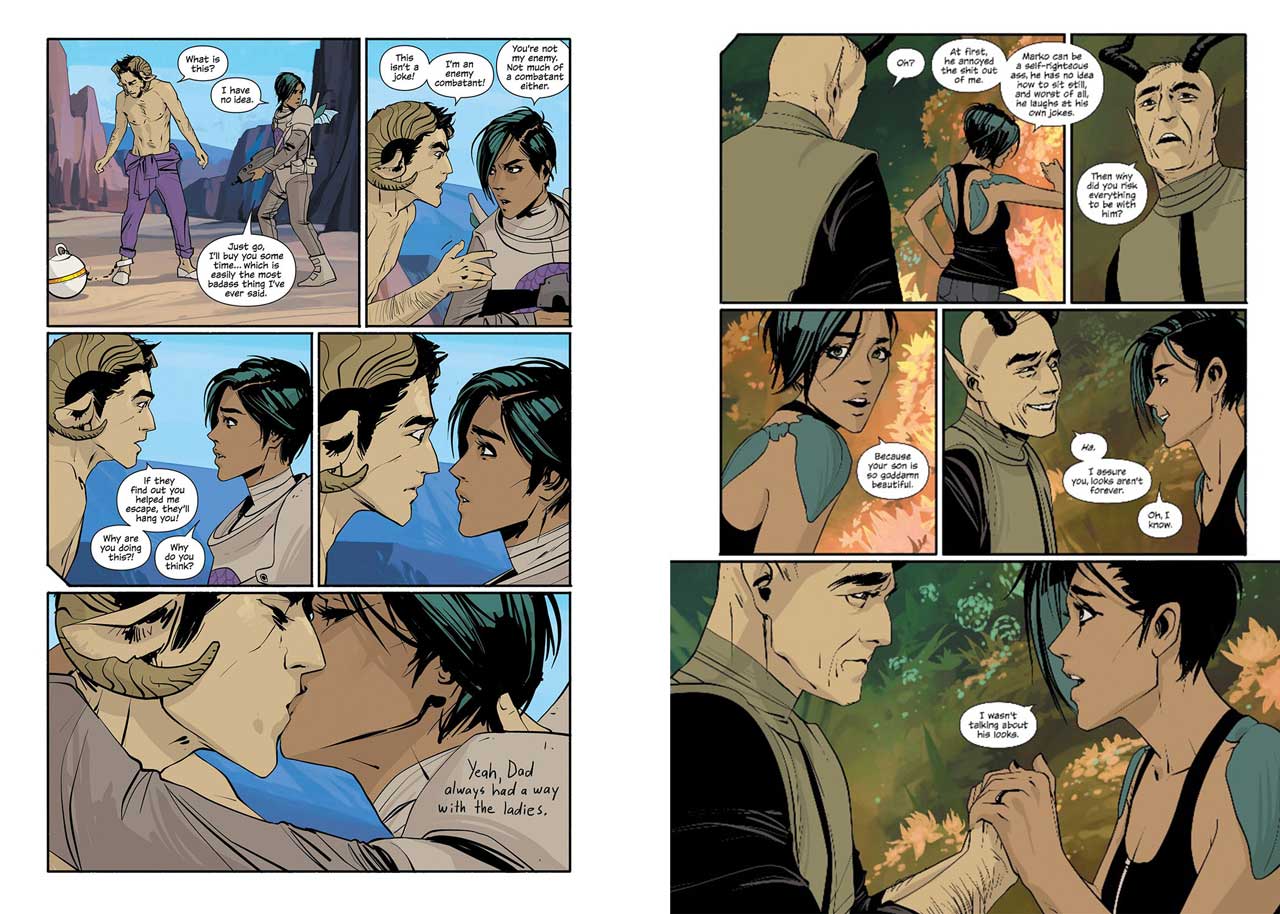 Illustrator Fiona Staples is undoubtedly one of the best artists currently working in comics, but her work on DV8: Gods and Monsters, T.H.U.N.D.E.R Agents, and Archie all just seem to be a warm-up for her work on Saga. Fiona has a way of making everything, from the world itself to the most intricate of emotions, feel real and alive. And when you put both of them together, you are left with a body of work that is riveting and enthralling, something that would be impossible to achieve without the perfectly matched synergy of these two masters.

Saga, is at its essence a “soap opera” set in space.  It’s overflowing with a giant cast of characters of every age, species, class, gender, and sexual orientation you could imagine. None of the core characters could really be called heroes, but they also couldn’t be called villains, they are all just people trying to do the best they can with the information they have.

This is one of the most human stories I have ever read, sometimes it will make you want to cry, and sometimes it will have you laughing. The story takes you to some dark and troubling places and isn’t scared to touch on some taboo topics. However, at the end of the day, the themes of love, hope, and creating family, not just by blood but by chance and choice, are what make Saga what it is, one of the best comic-book series I have ever read. 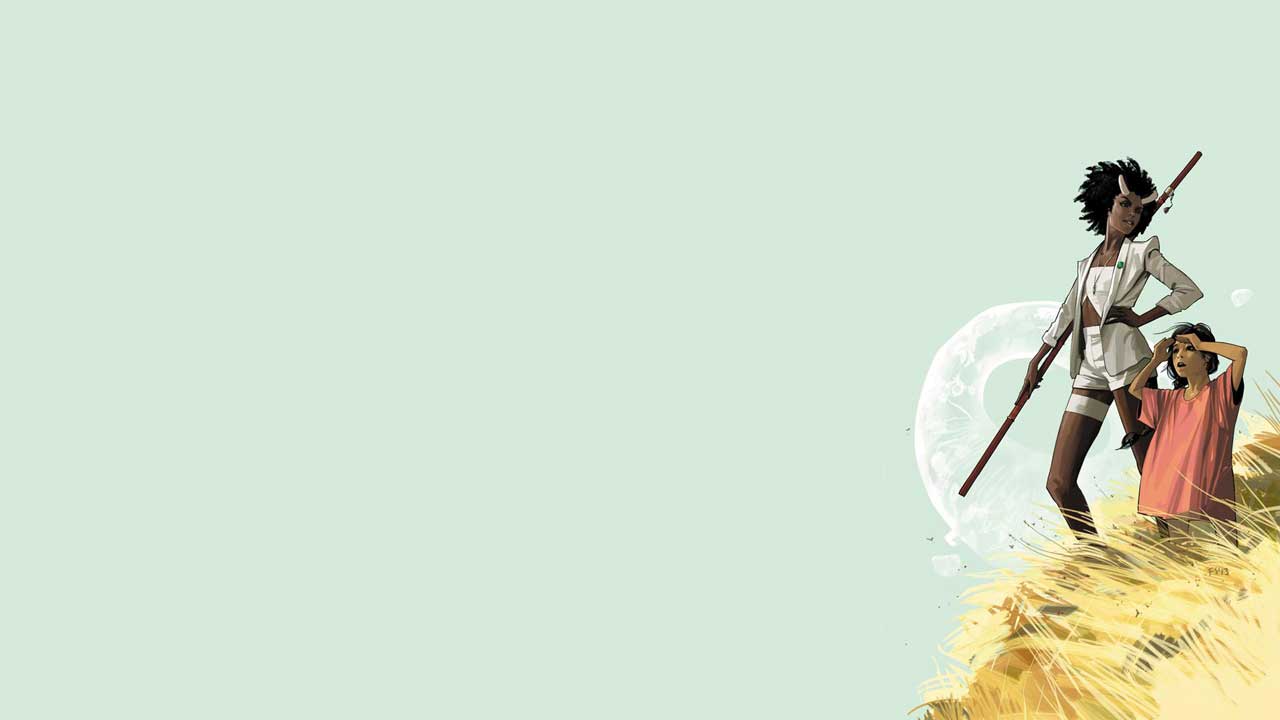 Just a fair warning, Saga is most certainly NOT safe for work. It’s filled with gratuitous violence, so many sexual depictions, and so much nudity. If you haven’t picked up Saga yet, I can’t think of a more perfect time to start.

The story is currently at its halfway mark, and after a three-year hiatus, it’s finally been announced that Brian k. Vaughn and Fiona Staples are hard at work on the second half of this fantastic story.

Want to pick up Saga for yourself? The entire series is currently available in the following formats: Digital; Single Issues (54 issues); Trade Paperbacks (9 books); Deluxe Hardcovers (3 books) or as a Compendium Paperback (1 book).

If you want to pick up any of these for yourself, head over to Critters and Comics