I promised myself I would not review the latest Destiny 2 expansion until I had completed the Last Wish Raid. It just makes sense because the Raid is probably the biggest post-game piece of content in Forsaken and determines how long the game may live for until gamers are craving more. Destiny 2 has suffered some rather nasty hate over the past few months as Bungie completely took the series back to the dark ages by removing much of what made the first game so great in the first place. No end-game grind, no random rolls, easily-obtainable exotic items and of course, zero content that keeps you coming back for more. Forsaken acts as not only a fresh coat of paint to Destiny 2 but also the turpentine that helped wash away the trash paint job done by Bungie in the first place. Forsaken is Destiny 2’s Taken King in so many ways. Destiny 2 Forsaken Review We all know Destiny 2 has had a tough time keeping its story up to today’s standard and Forsaken does a decent job delivering a stellar main story. Prince Uldren, brother to the late Awoken Queen Mara Sov has been corrupted and in doing so heads to The Prison of Elders to help release a Fallen breed known as the Scorn. Led by the Barons, eight powerful Scorn hybrids, Prince Uldren managed to defeat Cayde-6 in battle and ultimately kills him. Forsaken is dark, very dark and if you thought the Red War from last year’s release was a great story then think again as there were moments in Forsaken that truly made me feel uncomfortable, in a good way. As much as I despised Cayde-6, to see him die like really die and never come back was a brave move by Bungie and it was one that paid off. 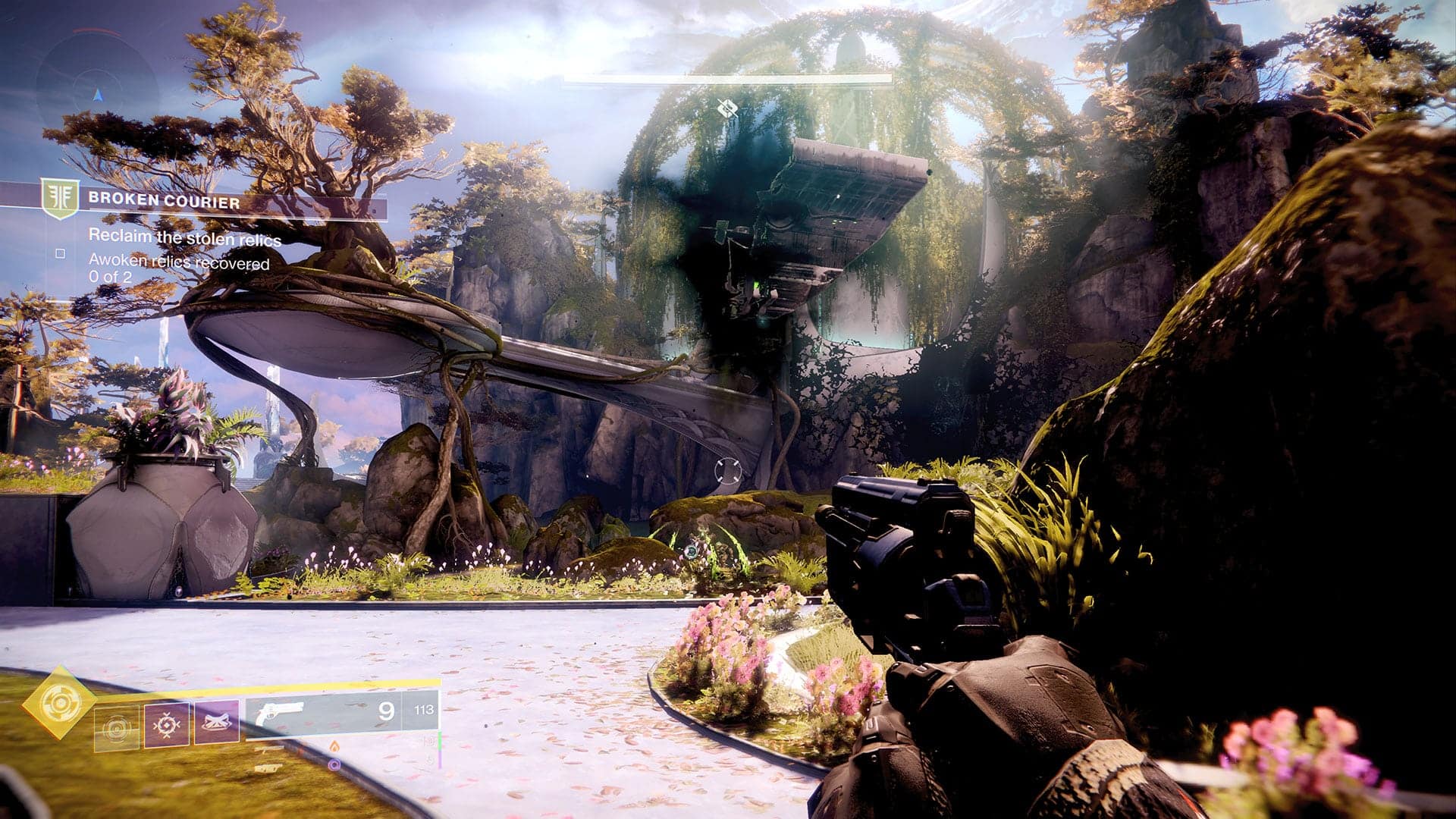 The main campaign in Forsaken takes you across the galaxy once again to track down these Barons and kill them one by one. Enter one of the new explorable areas, The Tangled Shore, a series of asteroid rocks that make up a wasteland that is home to basically every race we have seen in Destiny so far, bar the Siva. Much of Destiny 2: Forsaken’s early grind take the form of Adventures that you experience in The Tangled Shore given to you by The Spider, a leader of a cult race of Fallen. Each Adventure is a mission that ultimately ends with you killing one of the eight Barons. Each Baron fight was unique enough to make them feel like deep and layered characters. The Trickster mission, for example, saw us head into an engram factory where this Baron makes fake explosive exotic engrams. The Rider, another great fight took us to a large open factory area where we raced against her on pikes, taking her down bit by bit. 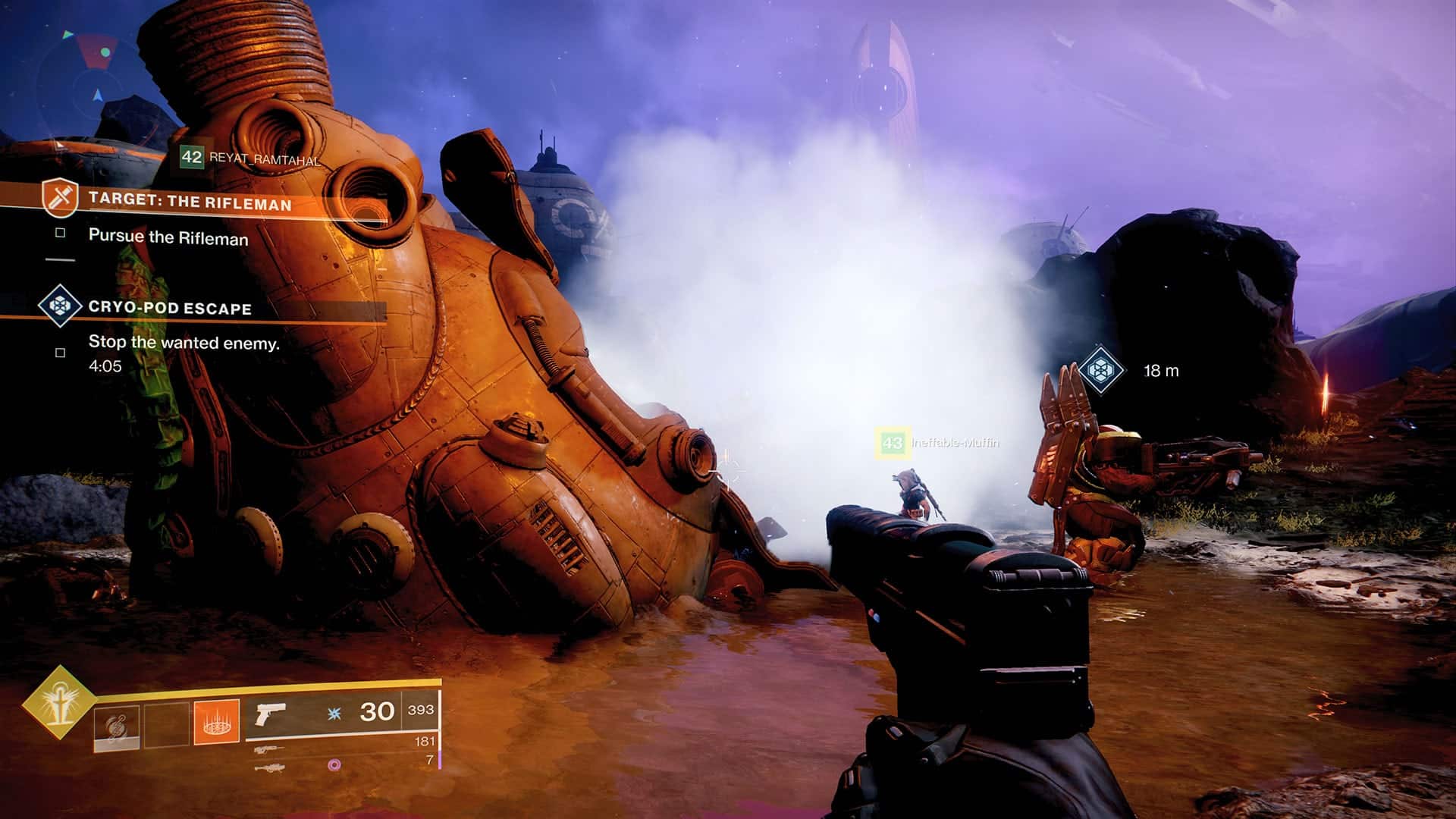 While none of these fights are actually hard, as much as the rest of the campaign follows the same difficulty curve, the fights gave a great amount of padding to the overall experience of Forsaken. Doing each one for the first time was a great ride as I anticipated just where we were going and what kind of fight awaited us. Just when I thought it was over, a little more grinding and we unlocked the second explorable area in the expansion, The Dreaming City.

The Dreaming City is the most gorgeous location in the Destiny series to date and it stands as a true marvel to behold. Think Summerset from The Elder Scrolls meets an alien city with sprawling towers, beautiful gardens and giant crystals scattered throughout the lands. I could sit for hours looking into the distance at the giant rings in the sky, watching the clouds change colour to all sorts of rainbow-like shades. Every location in the area is stunning from the dark caves that house the Lost Sectors to the giant open areas that you visit during the Last Wish raid. 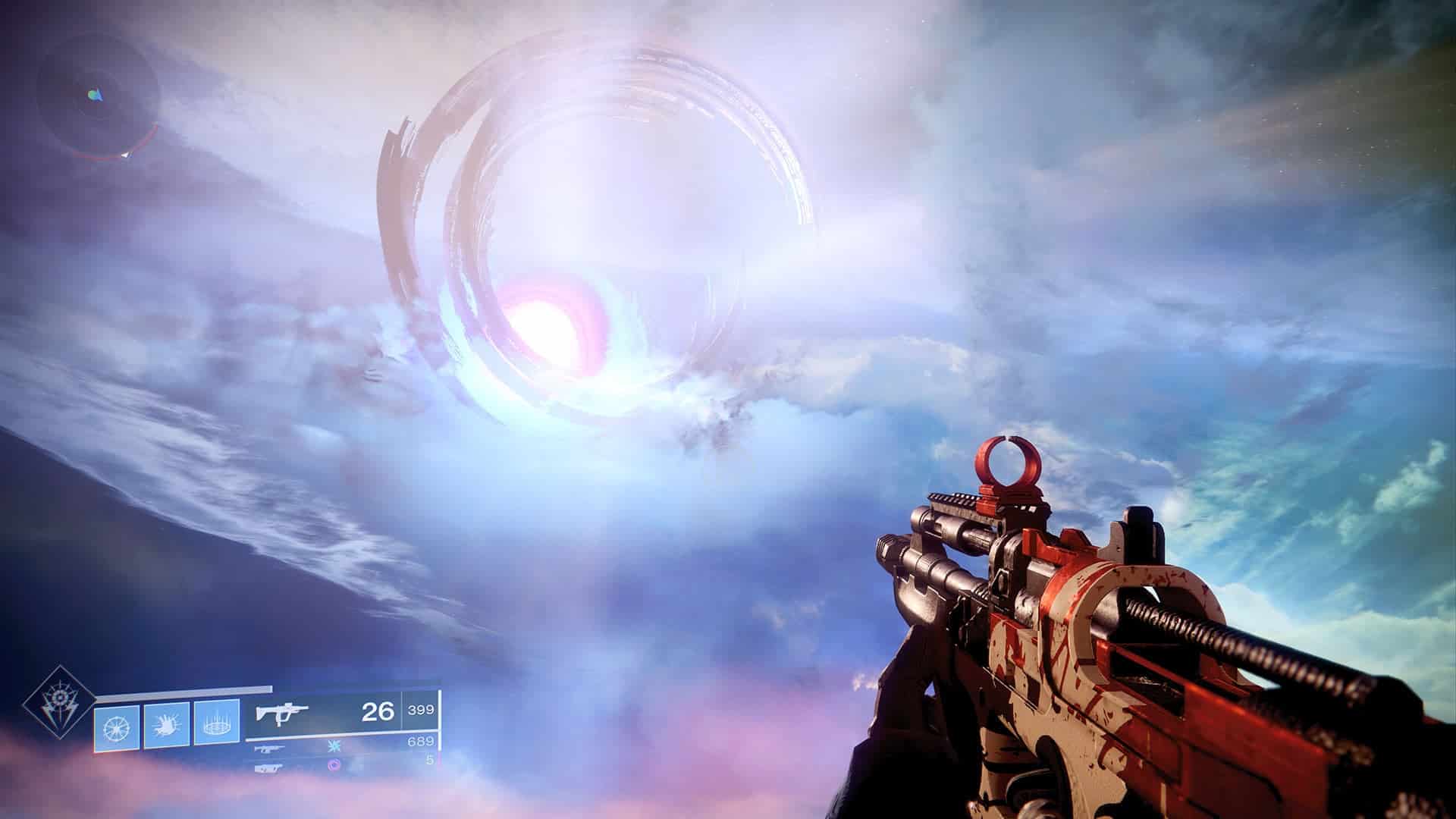 Of course, there are ample activities to do in Forsaken and much of the game’s content and powerful rewards are given in The Dreaming City but every planet now has a revamped economy that actually works. Daily bounties on each planet reward you with planetary materials used for crafting and The Spider also has a set of “Wanted” bounties that see you track down a selection of escaped enemies from The Prison of Elders. So much has changed in Destiny 2: Forsaken when it comes to the grind that even two weeks later I was coming back daily just in the hopes of getting that one helmet that would help me get to that required power level for the raid. Every character has some way or another to help you level up. Be it completing a heroic Baron Adventure, levelling up your Crucible rank or completing one of the few side objectives in The Dreaming City. 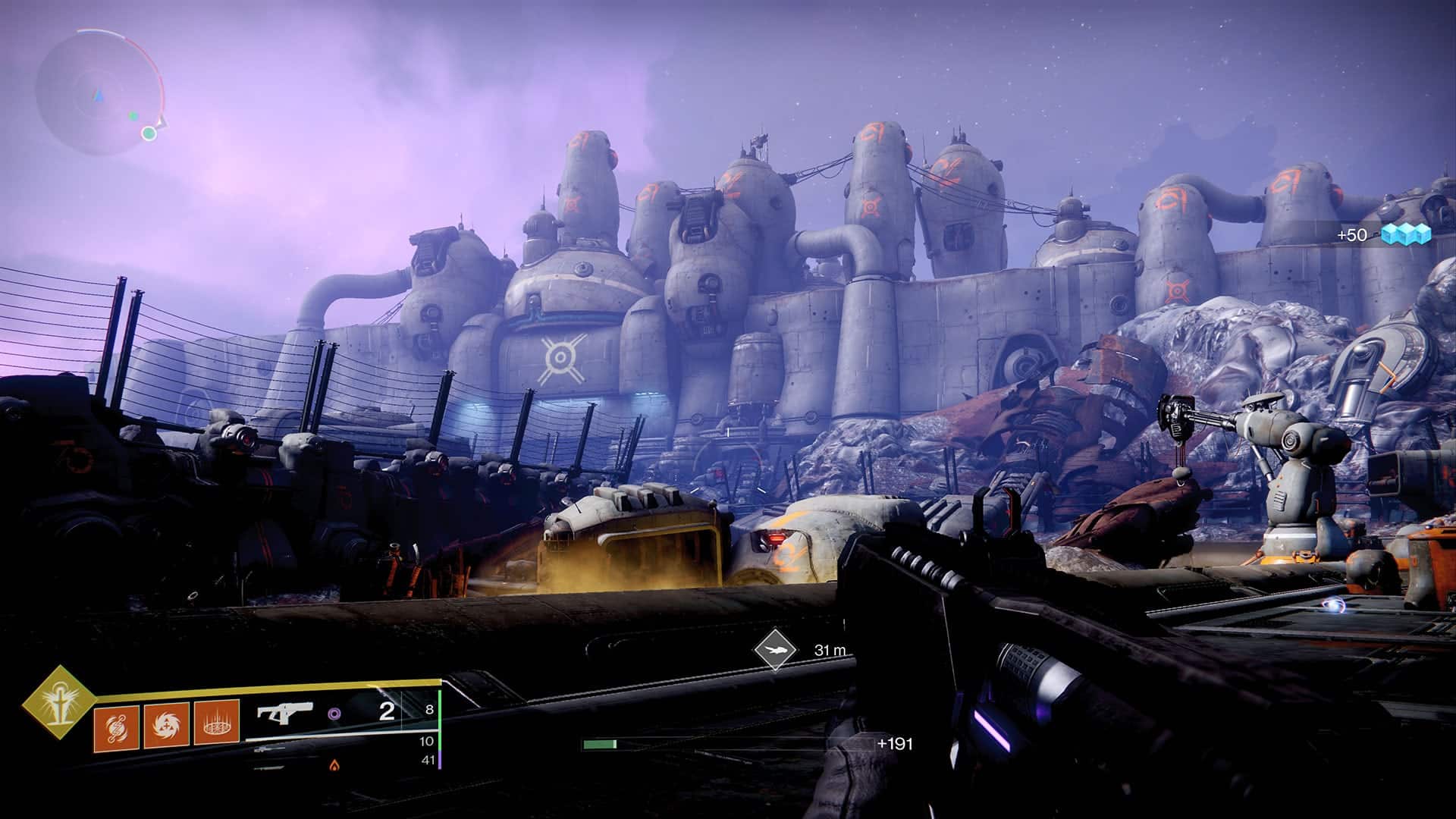 Bungie has reintroduced daily activities that arrive on reset. This allows you to do something each day to obtain powerful gear to up your overall power level and once you reach level 50, the real grind begins to get that power level up to 600. That is to say, it does not always work out as planned. Forsaken is meant to have a smart loot system that drops what you need but it seems dumber than ever. Often powerful gear drops are awarded and they are lower than the same item you have. It also drops a lot of duplicates. The amount of Edge Transit grenade launchers I got in a week was crazy and none of them was beneficial to my character’s growth at all. It is a broken and disappointing system that needs some serious attention. Even after playing nothing but Destiny 2: Forsaken for two weeks straight, I was just the right level for the first few encounters of the Last Wish Raid. 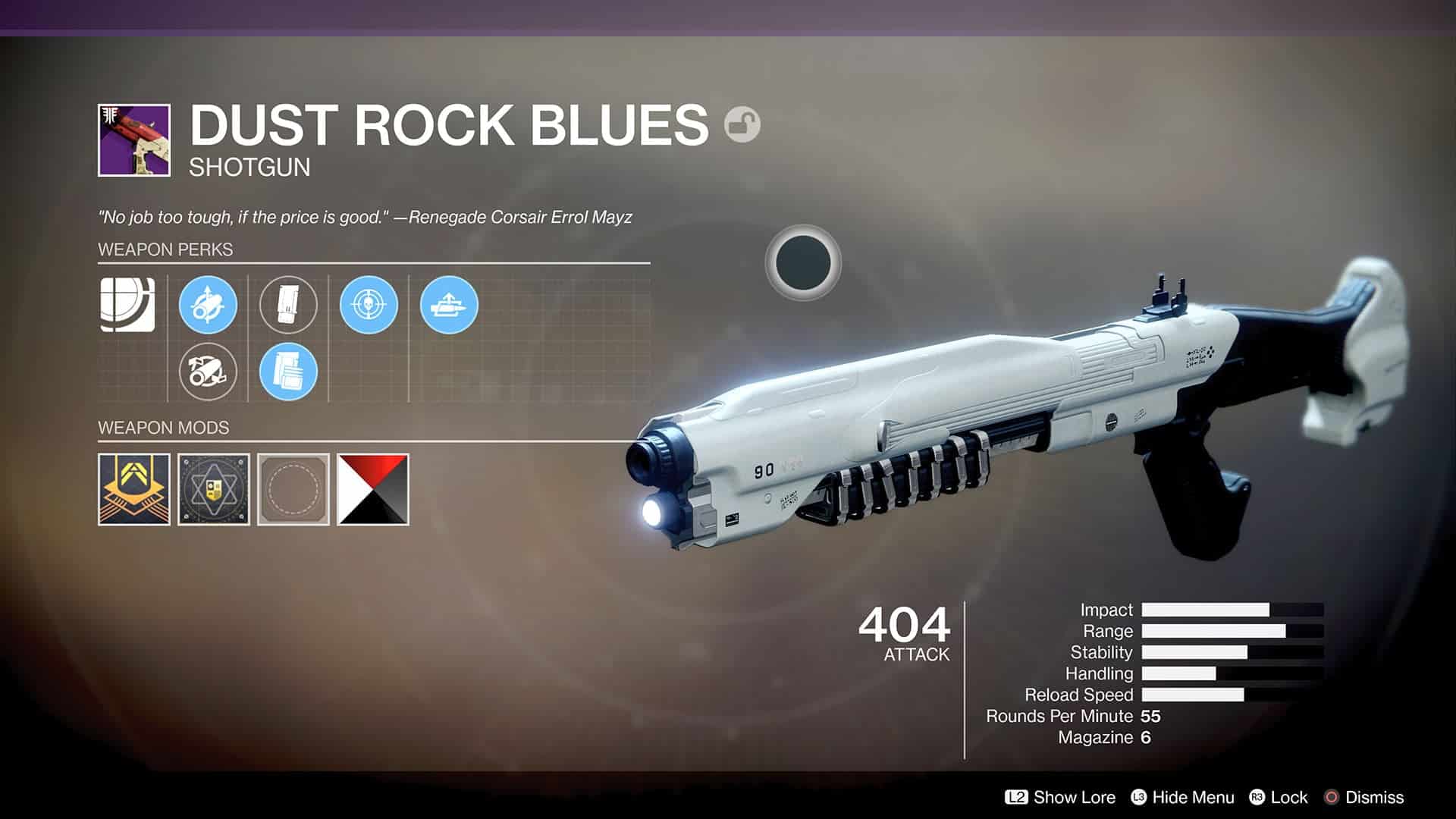 But the grind in Forsaken is fun. The new Gambit game mode is a PvPvE experience that sees you and three friends fight in a wave-based horde mode. You need to collect motes and deposit them to progress your bar. Deposit a set amount and you will spawn a “blocker” on the enemy team’s map and stop them from being able to deposit their motes. The best part about this mode is the ability to invade their map at certain times and kill them, making them lose any motes they have saved up. You also invade silently so they cannot see your name tag which means you can creep around the map and cause havoc. Of course, they can do the same thing so you need to keep a lookout for them while you are juggling killing your enemies and depositing your motes. 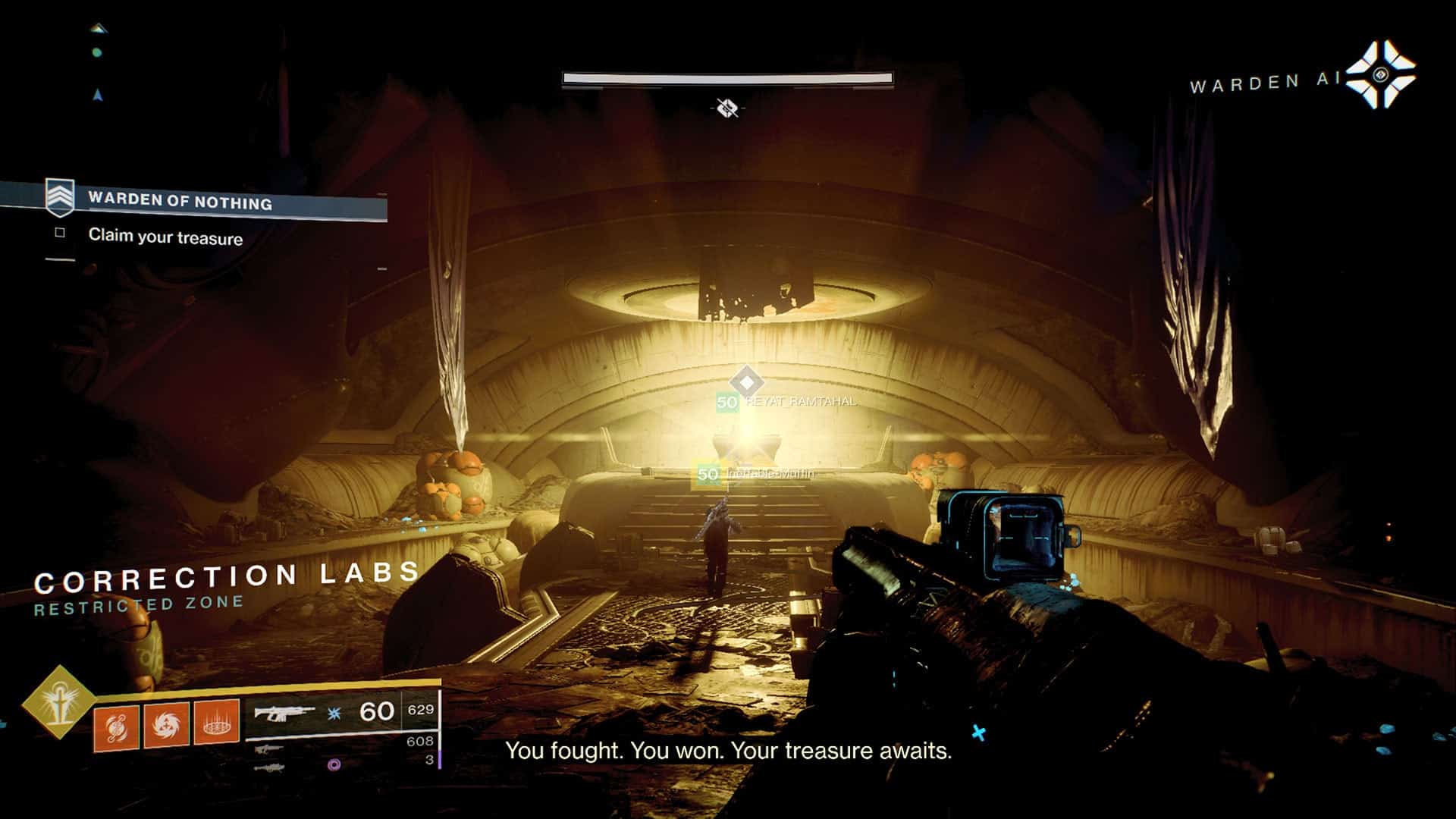 The team to get their bar full first summons a Primaeval which is a boss. Take that enemy down and you win a round. The different phases of each match deliver different challenges too. The Primevals fight, for example, gets harder as more enemies spawn and players invade at the same time. If a player kills you during this phase your Primevals heals itself making the fight even harder. Gambit is a lot of fun but again it suffers from a broken weapon. Sleeper Stimulant is the go-to weapon for invading and if a player invades your game, chances are you will be killed by the gun. Hopefully, Bungie does something about this soon. 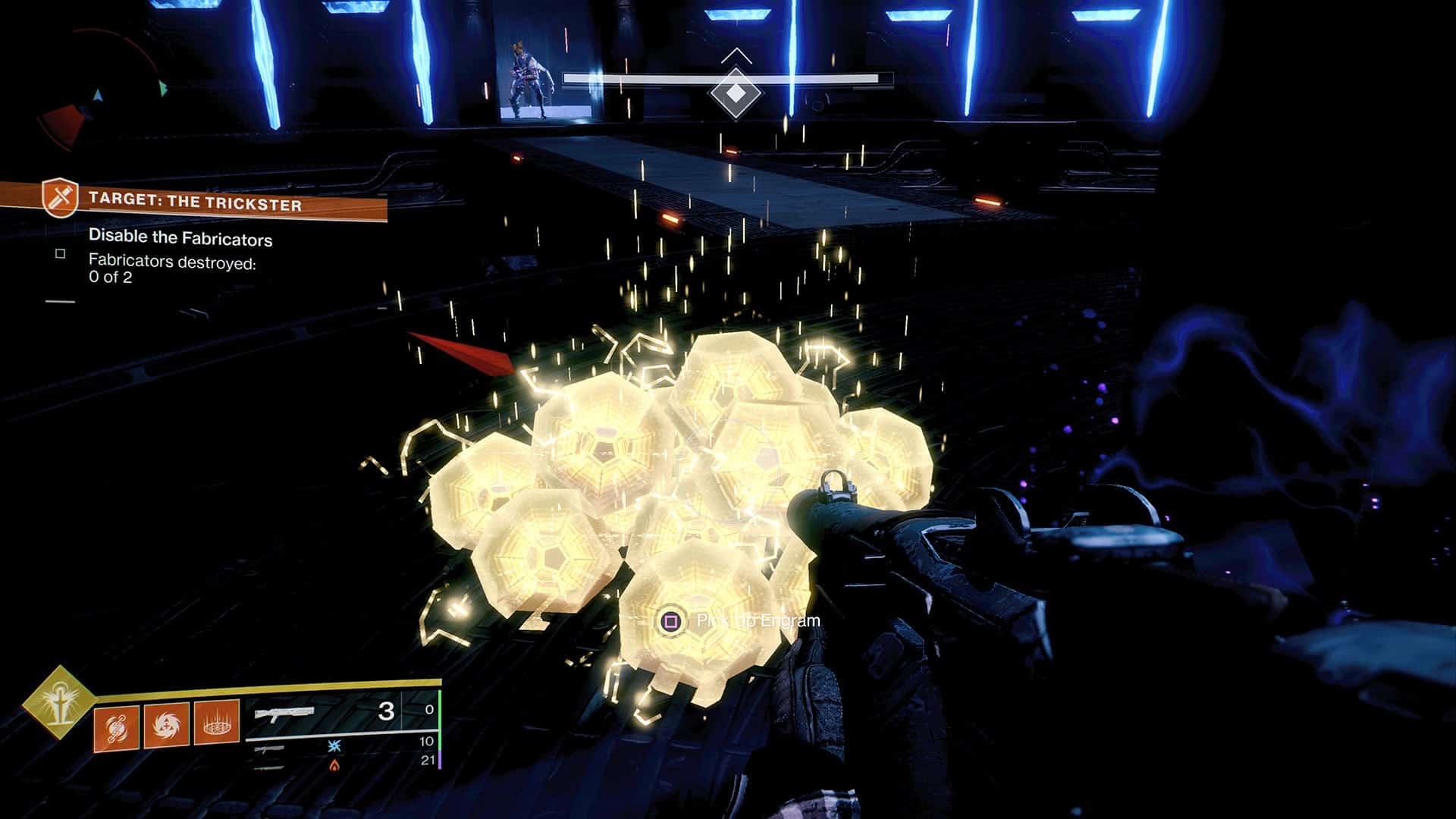 The new Strikes are also a great enjoyment. One of them sees you return to The Prison of Elders and even fight on the same map where you had your showdown with Skolas back in the day in the first game. PvP players will feel left out as there are no new Crucible maps at the moment. But in general, the activity log for Destiny 2: Forsaken is vast. Mainly this is all thanks to the daily and weekly bounties that you always want to complete in order to get that powerful gear or hopefully an exotic. Saying that, however, I was not happy with the large emphasis on Crucible activities. I am not terrible at the PvP mode but being forced to do it in order to complete specific objectives was a major issue for me. Cayde’s exotic hand cannon requires you to play PvP and specifically get headshot precision kills. I mean really now, that to me is not a quest more like a chore. 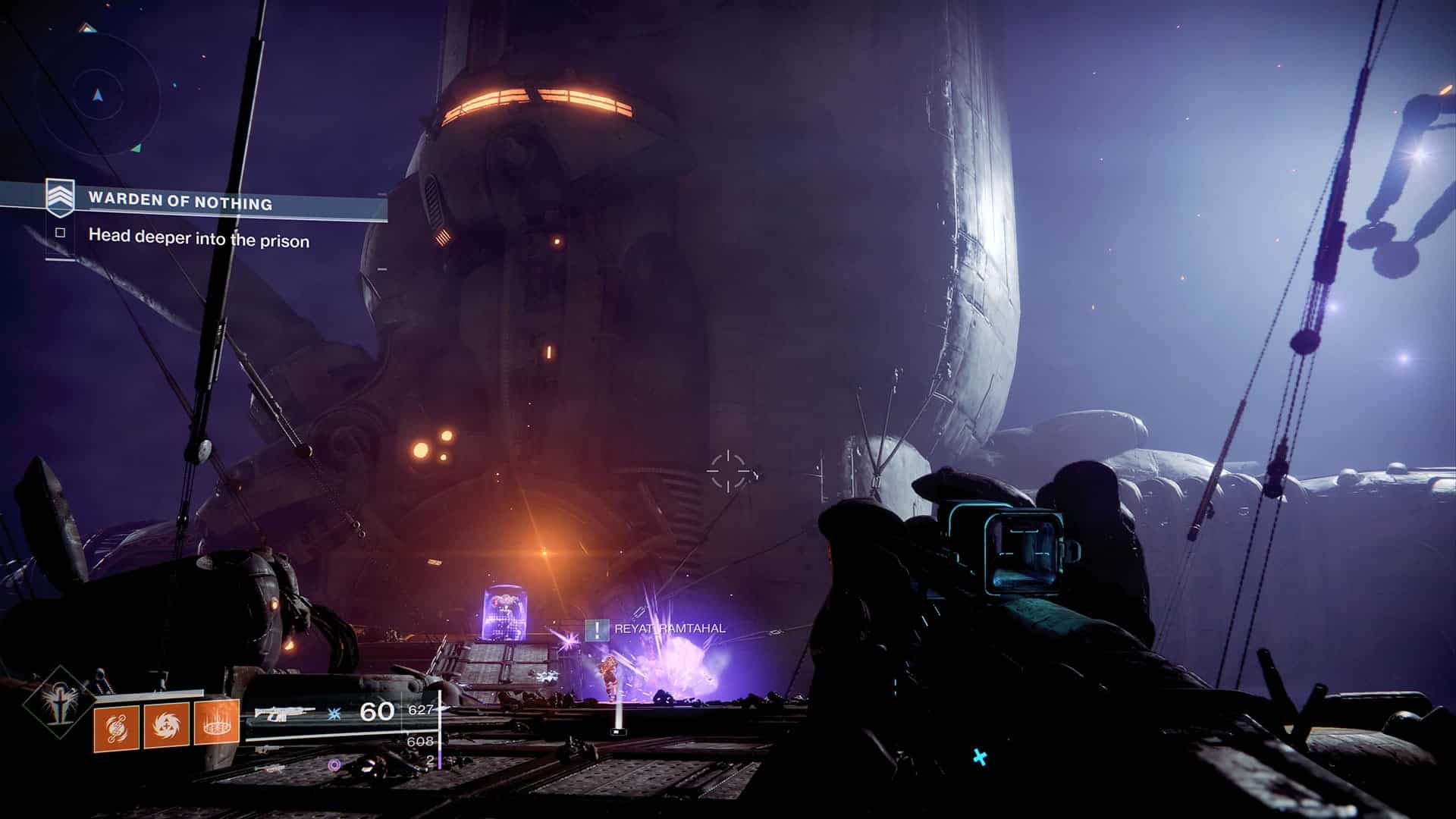 We also have new subclasses in Forsaken which amounts to three new super attacks and a range of new grenades and abilities for each class. These come in the form of a new blad barrage super for the Hunter that sees him toss out knives at his enemies, a Kamehameha beam for the Warlock and a rocket slam for the Titan. But those are just three of them, the Warlock has also been given a major support role that sees him drop a staff in the middle of your allies to heal them and buff them. He can also throw healing grenades out at his friends to heal them too. These supers are the best so far in the series and a lot of fun to use. Not to mention, they will come in handy in the months to come as we take on more challenging activities and rely on these abilities to survive. Destiny 2: Forsaken will evolve as the months go by. New quests will be coming soon and new ways to get cool gear will be available as the content expands. I feel like even after two weeks of heavy grinding I am just scratching the surface of the game. It feels much like the Taken King whereas the Collection will keep you hunting for new gear, the Triumphs will keep you playing for new emblems and the craving for new weapons and armour will keep you heading back into The Dreaming City to take on the many missions and a challenging Raid. Forsaken is everything you have ever wanted from Destiny 2.