There’s been a lot of talks online about the Sony Bravia X900H (or X90H) and its 4K 120Hz mode. Previous reports claimed that the TV is not performing that well when users enabled the setting and tested it out with a compatible RTX card. However, now that the Xbox Serie X and S review embargoes have dropped, I can share how the console performs on the TV’s fancy HDMI 2.1 mode.

UPDATE 2 – Sony has officially acknowledged the issue and released a statement you can read here.

UPDATE 3 – Sony has released a firmware update that improves the blur issue. We did a full analysis here.

You Can’t Upgrade Your PS5 SSD at Launch Says Sony

Before we start, you can catch up on my Xbox Series X and S review here and watch it down below. I touch on quite a lot of 4K 120Hz features in the review. Unfortunately, during the review process, DiRT 5 and Gears 5 were the only two games compatible with the mode. However, Microsoft also plans on rolling out support for Ori: And the Will of the Wisps as well as Star Wars Squadrons soon. These updates could launch in the next week or so.

Given the fact that both the Xbox Series X and S support 4K 120Hz, it was ideal to perform these tests on the Series X given it is more powerful. I updated my Sony Bravia X900H a week ago by manually downloading the update file and installing it. In case you want to jump the gun and do the same, you can read my full guide on how to manually update the TV here.

Enabling the setting is quick and easy. The TV can switch to its HDMI 2.1 Enhanced Mode by going to Settings > Watching TV > External Inputs > HDMI Signal Format > Enhanced Format. If your Sony Bravia X900H does not give you three options here including Standard Format, Enhanced Format, and Enhanced Format (Dobly Vision), then your TV is not updated to the latest V6.0384 firmware. Follow the guide here to do so.

Once done, the Xbox Series X automatically gave me the option to enable the 4K 120Hz in the TV and Display Options menu in Settings. Keep in mind that each game that supports the mode has to be enabled too in the game itself. DiRT 5 and Gears 5 both have these options in the settings.

While I wanted to share DiRT 5 images on the post, Codemasters claims they still plan on releasing an update for the game to further enhance the visuals of the mode. However, this is more from a performance aspect. The content is under embargo until further notice.

Gears 5 only supports 4K 120Hz in the multiplayer mode. This is enabled in the Options of the game under “video”. I tried to capture the text from the game mode as that seems to be the biggest concern with Sony Bravia X900H TV adopters. The images you see below are taken on a Fujifilm X-T200 as up close as possible to show the picture quality.

You can see in the images below, there is definitely an issue with a blur on the TV. This is present throughout the Sony Bravia 4K 120Hz mode. Text is by far the easiest thing to notice. There’s a distinct lack of sharpness on it. But the issue seems to stem into the entire experience. A closer look at character models and you can see the difference too. In the image down below, you can see the lack of sharpness on her shoulder plates in the 120Hz mode. 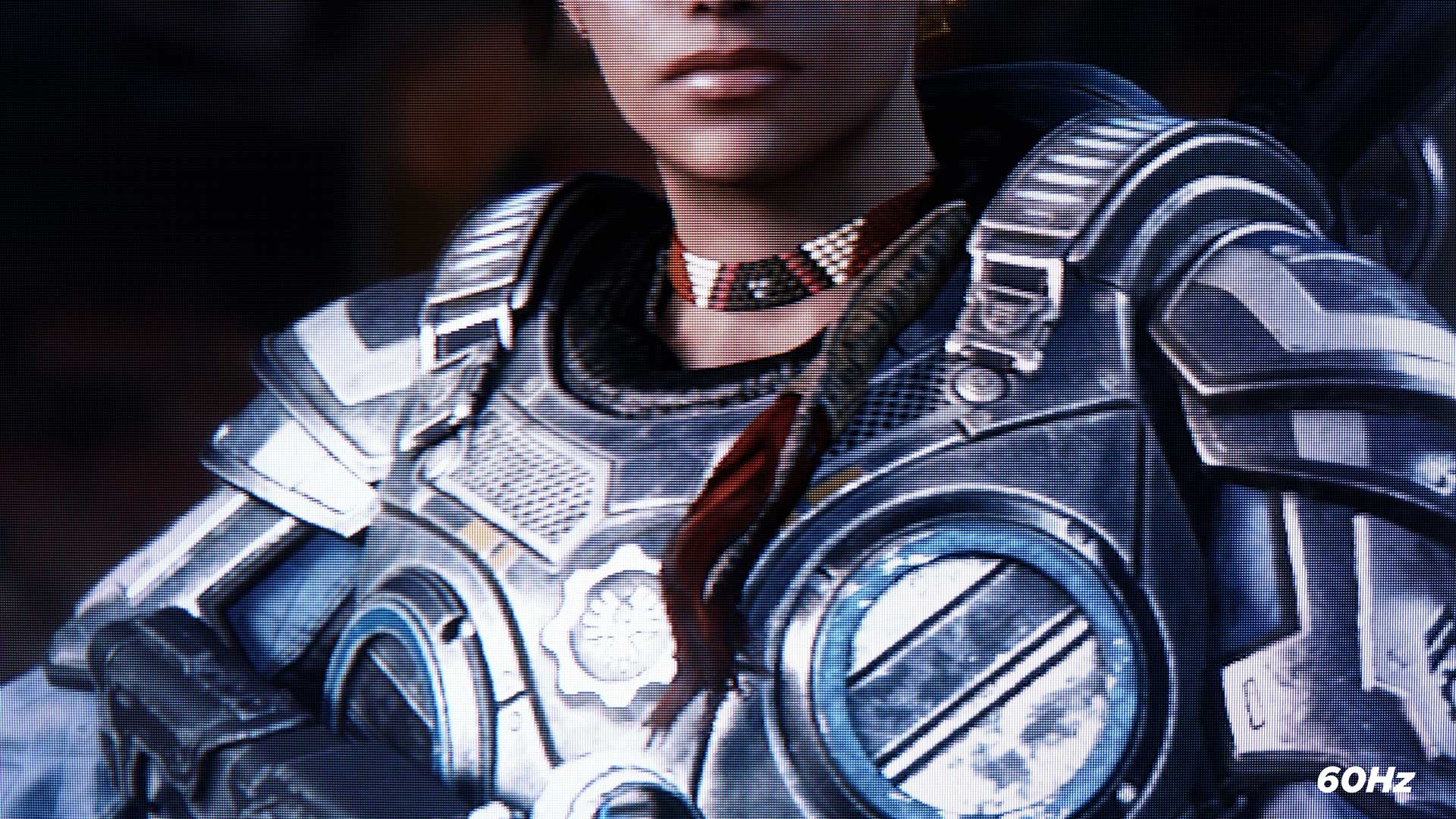 Lastly, I took a shot of the tip of her weapon to really see how the image blurs out. The results are quite clear. The 60Hz mode is a lot sharper than the 120Hz mode. Keep in mind that I never touched the camera’s focus at all during these tests. I took the photo in 60Hz, exited the game, changed the console to 120Hz, rebooted the game and shot the next photo. There is a slight change of lighting in this shot below due to the environment change on the main menu. 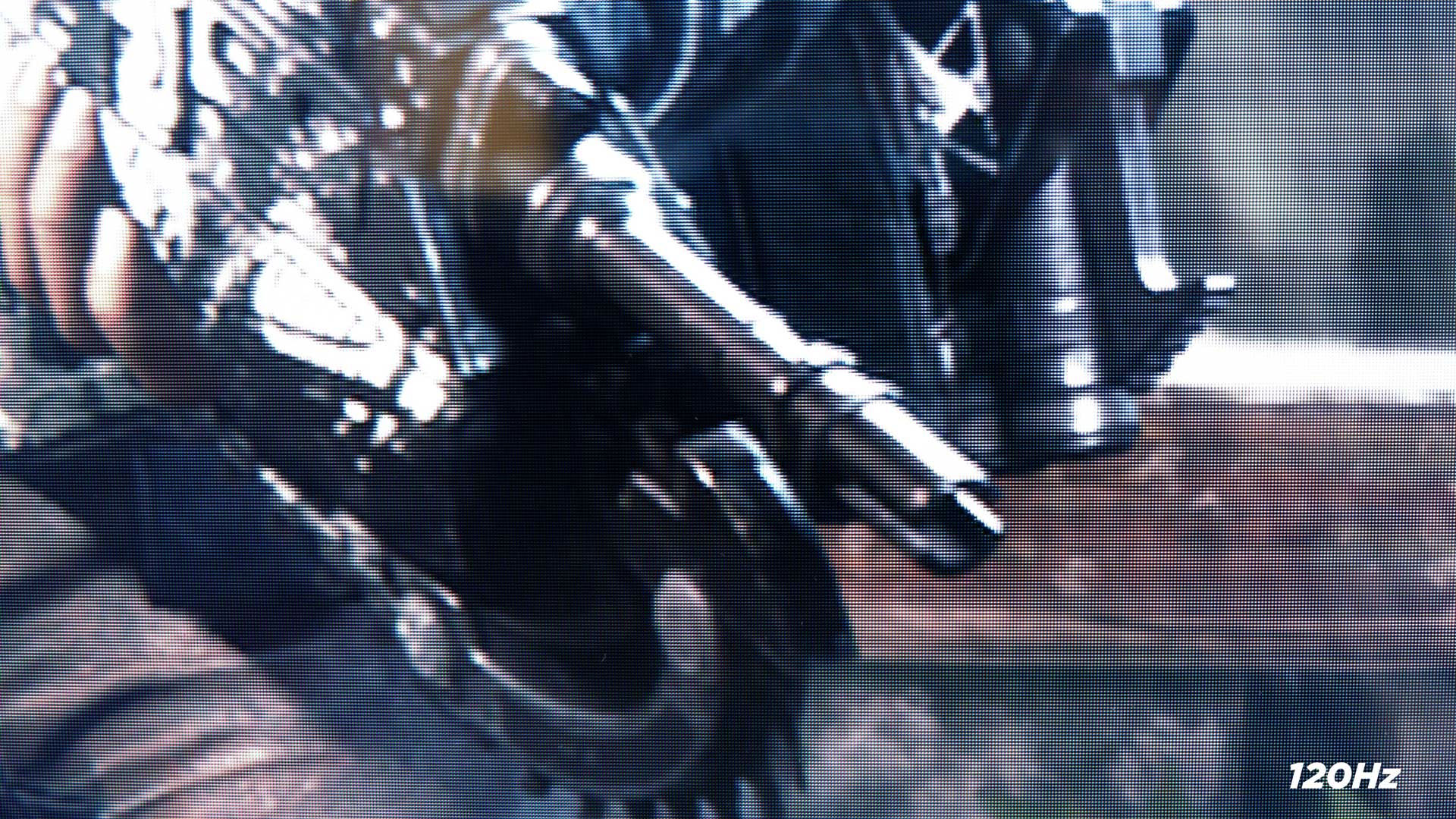 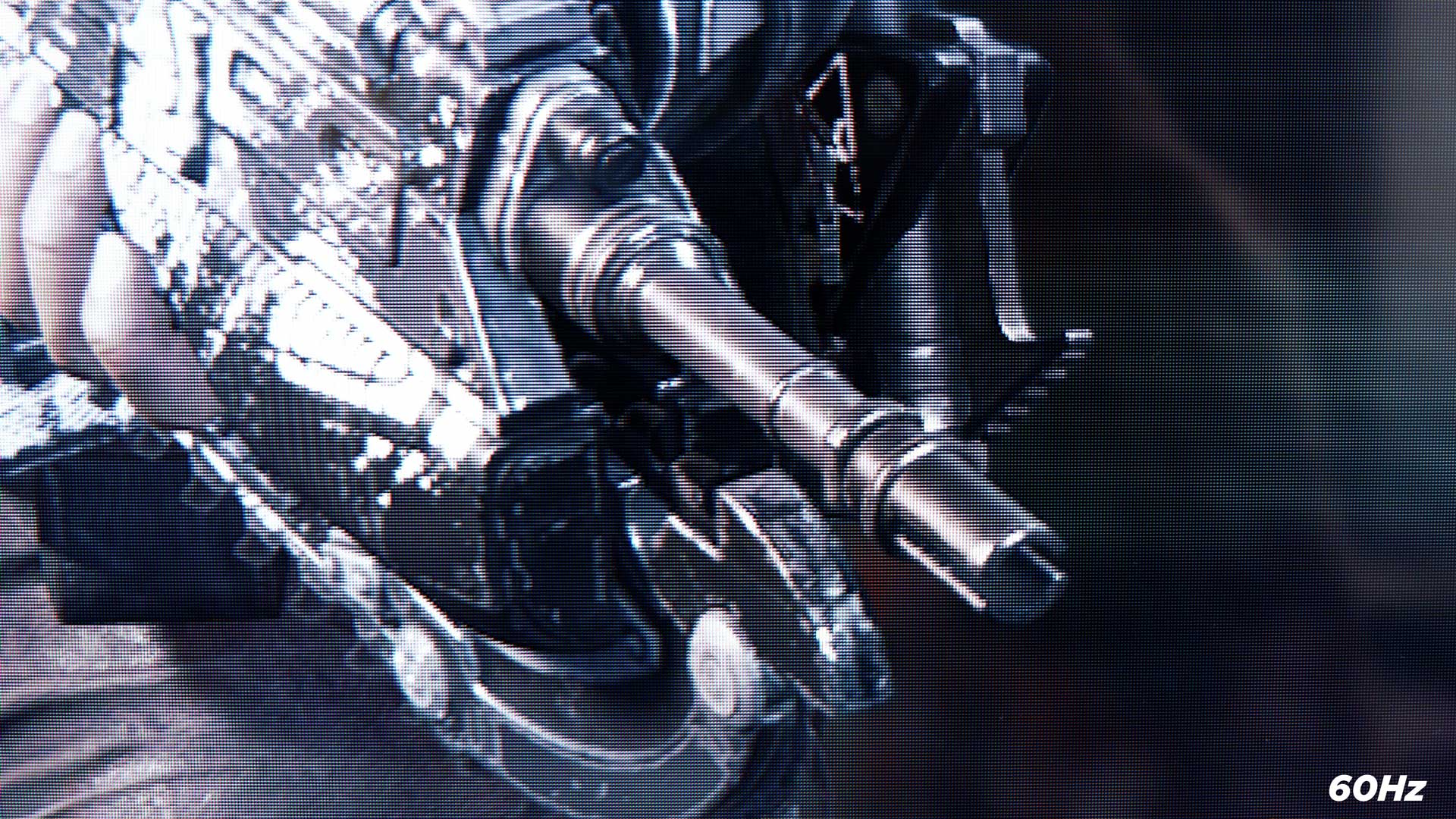 So does this matter? From a decent distance, I actually never noticed much. It was only when I got close to the TV that I began to notice a few blurry artefacts. Of course, in the ideal world, Sony should fix this issue because it is definitely not up to the standard they promise. In addition, the results of in-game screenshots which you can look at down below show that the game’s visuals are untouched across both modes. This means this issue is definitely on the TV side. 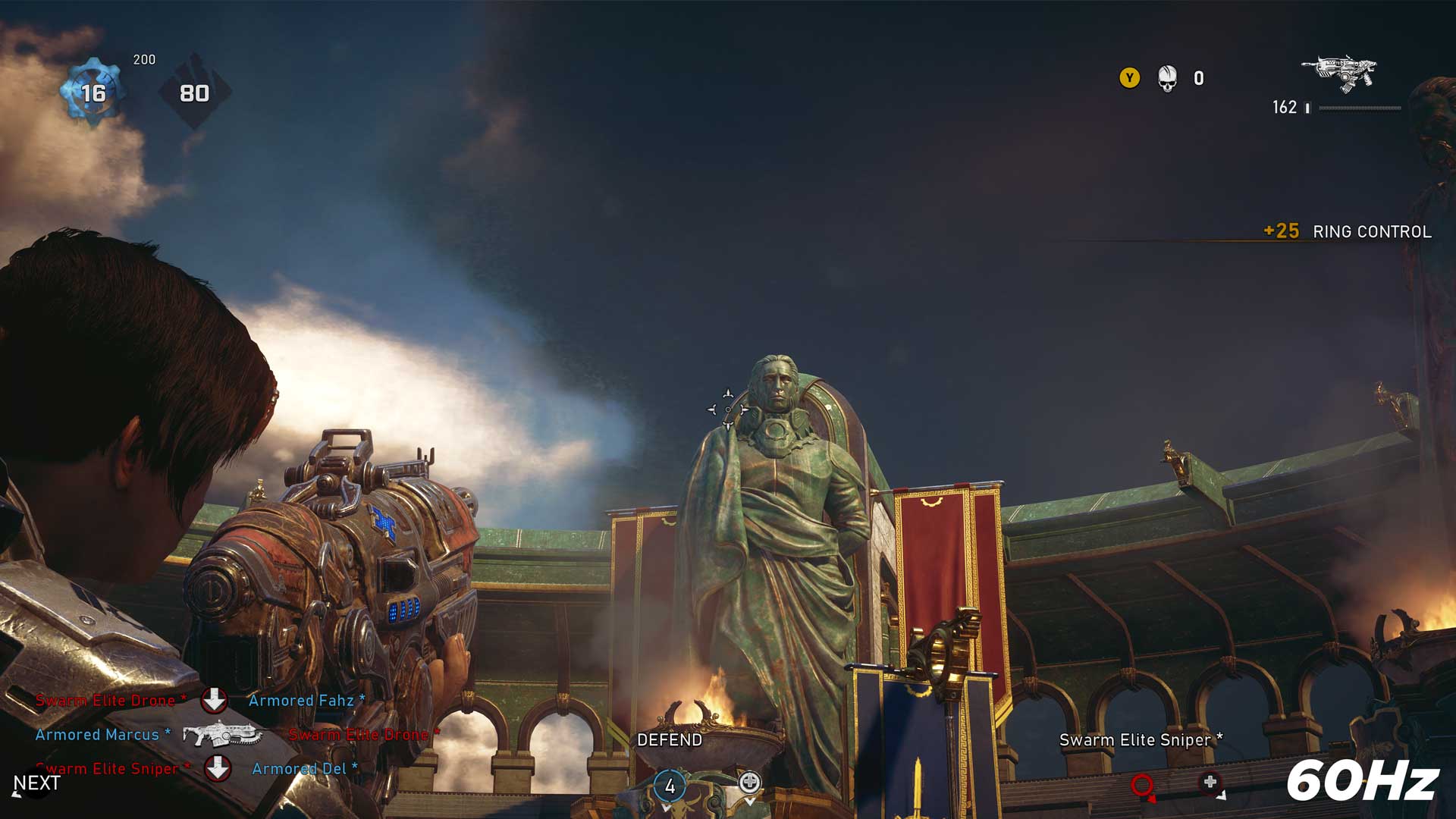 I had a lot of questions about the mode and whether or not it affects other games. It seems like it does. When the 4K 120Hz mode is enabled, it blurs the image of non 120Hz games too. For example, the images below show Forza Horizon 4 at 60Hz and 120Hz. There is a noticeable difference between the two modes. I guess users are going to have to keep the mode disabled on the Xbox Series X unless they are playing 120Hz else the image quality will drop across the board. 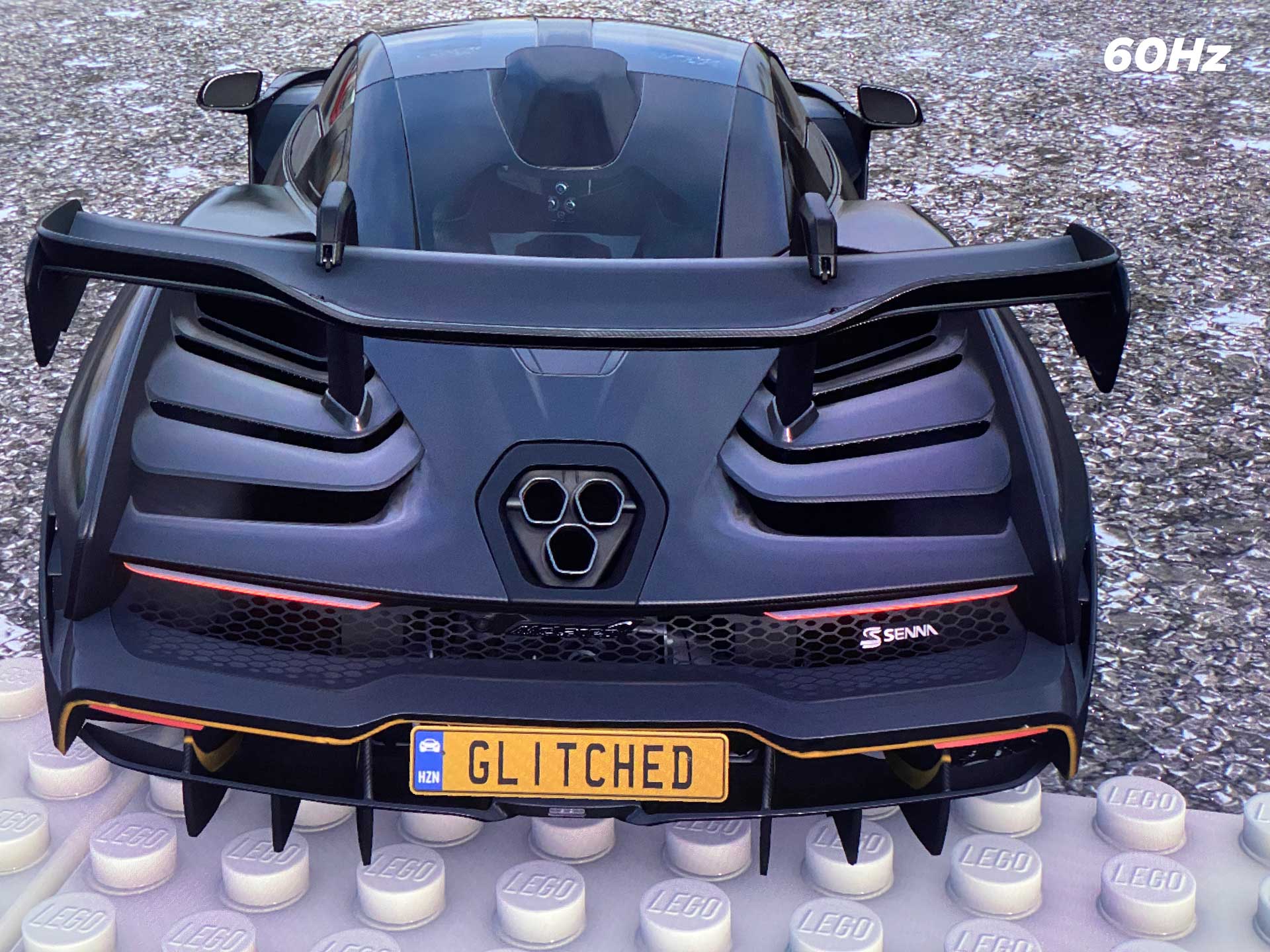 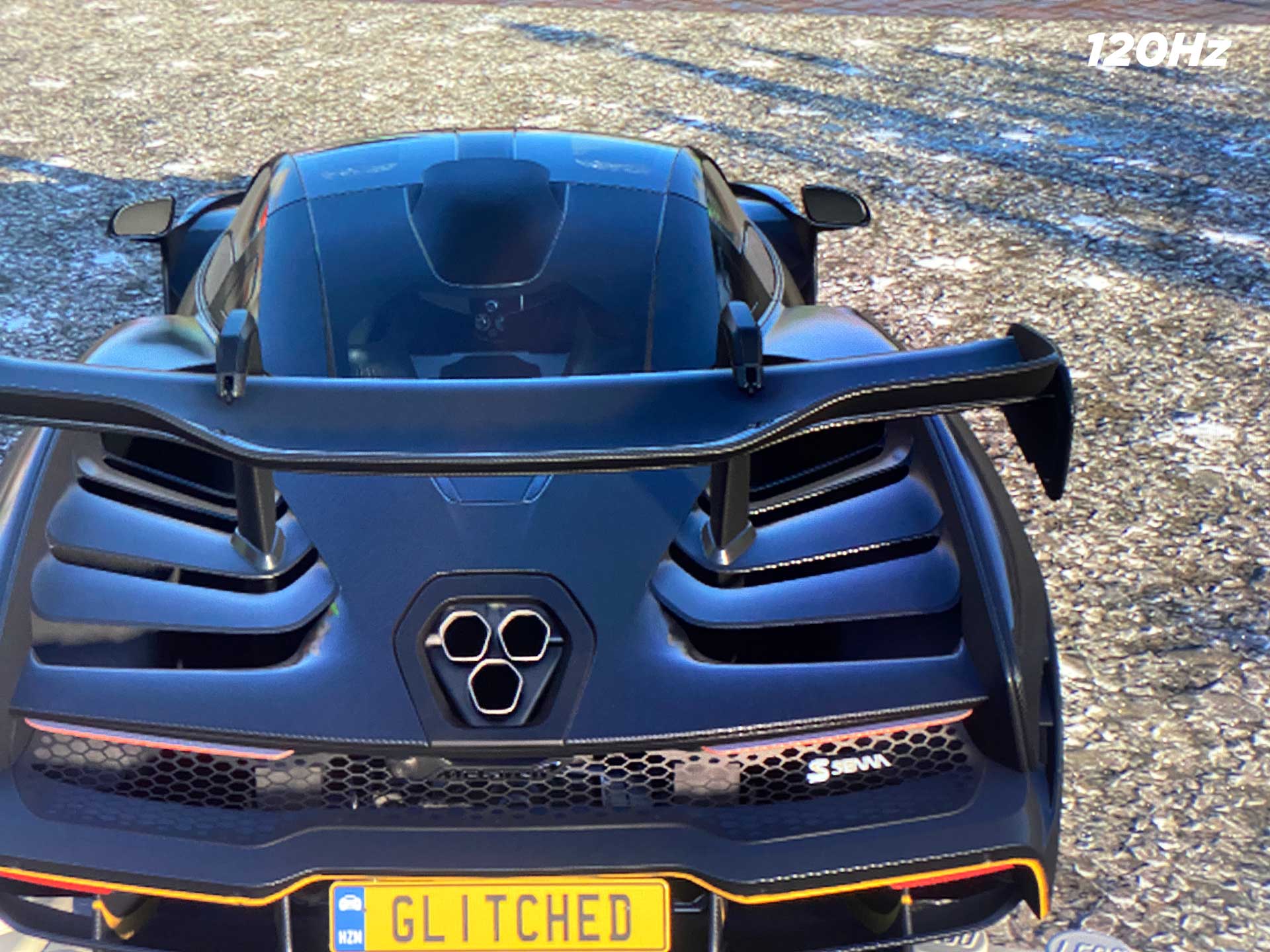 Someone else asked about the Xbox Series X Dashboard. I did not see any drop in quality across the two modes. It seems it is exclusive to games. 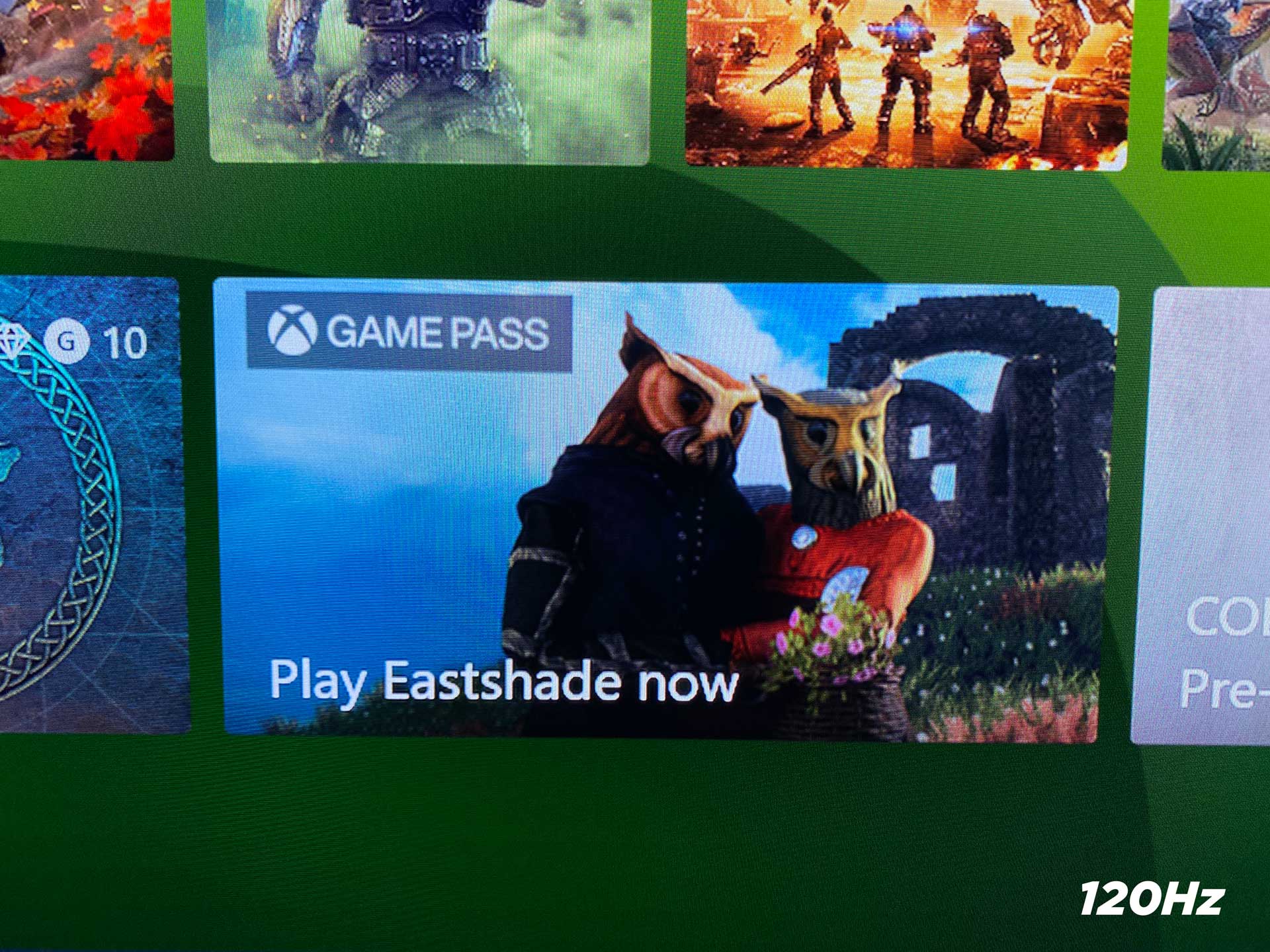 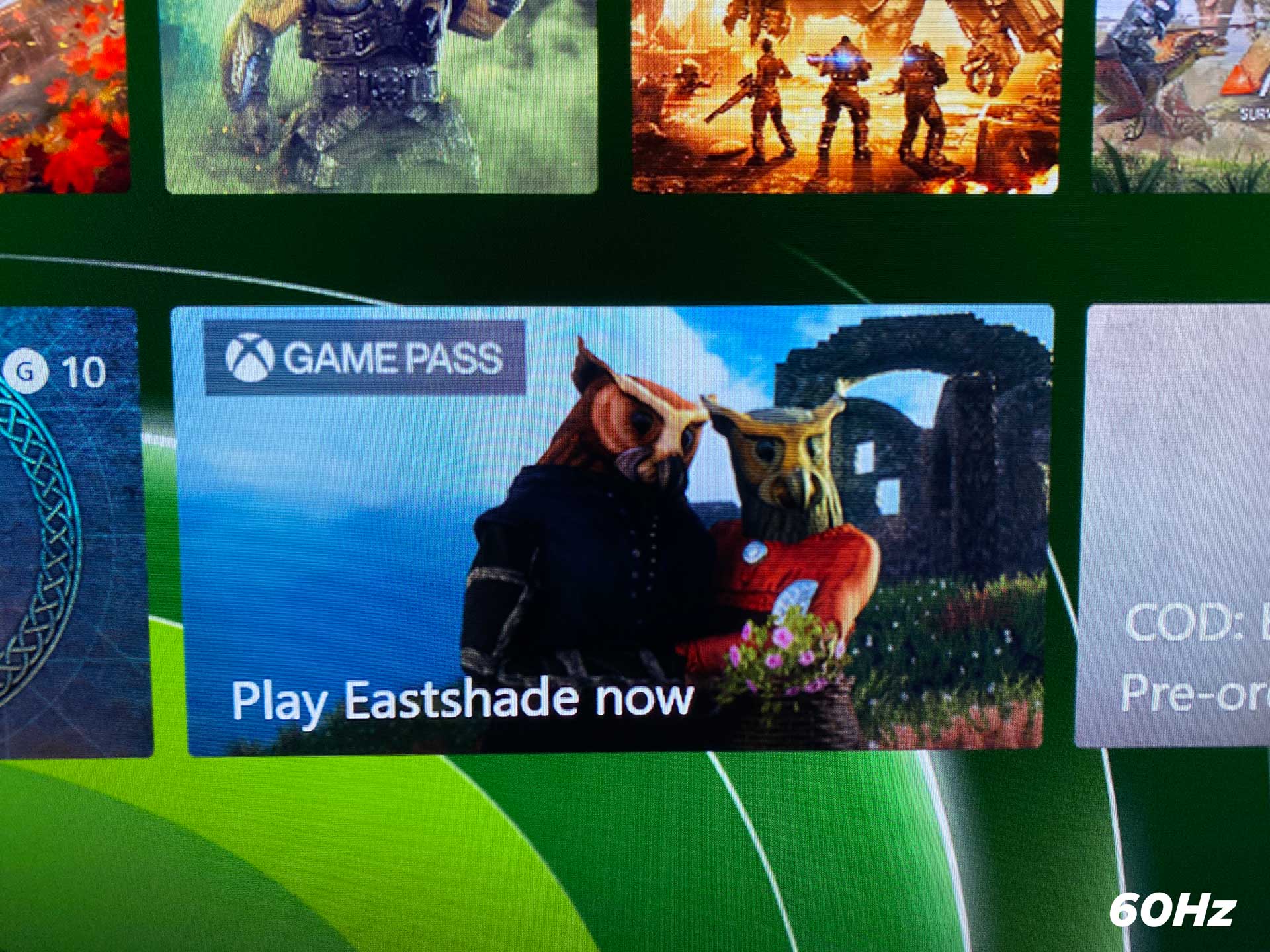 Do you have any questions about this? Let us know down below.