Memories are strange and funny things. Sometimes the most insignificant ones are the ones that stand out the most thinking back. One of the strongest memories I have from my early childhood is of me lying in my bed, pulling the covers over my head and feeling absolutely TERRIFIED as I listened to the X-Files theme song echo down the corridor from where my parents were watching to where I was lying.

I remember being so scared out of my mind that I couldn’t even call out, for no reason other than the sounds of a song echoing towards me and the atmosphere that the music evoked.

Why do I bring up this memory now? Because when reading UFOlogy, I couldn’t get it out of my head. There’s nothing particularly frightening about UFOlogy but the atmosphere that it creates took me straight back to being that little girl, hiding under the covers and listening to the sounds of pure terror echo closer and closer. 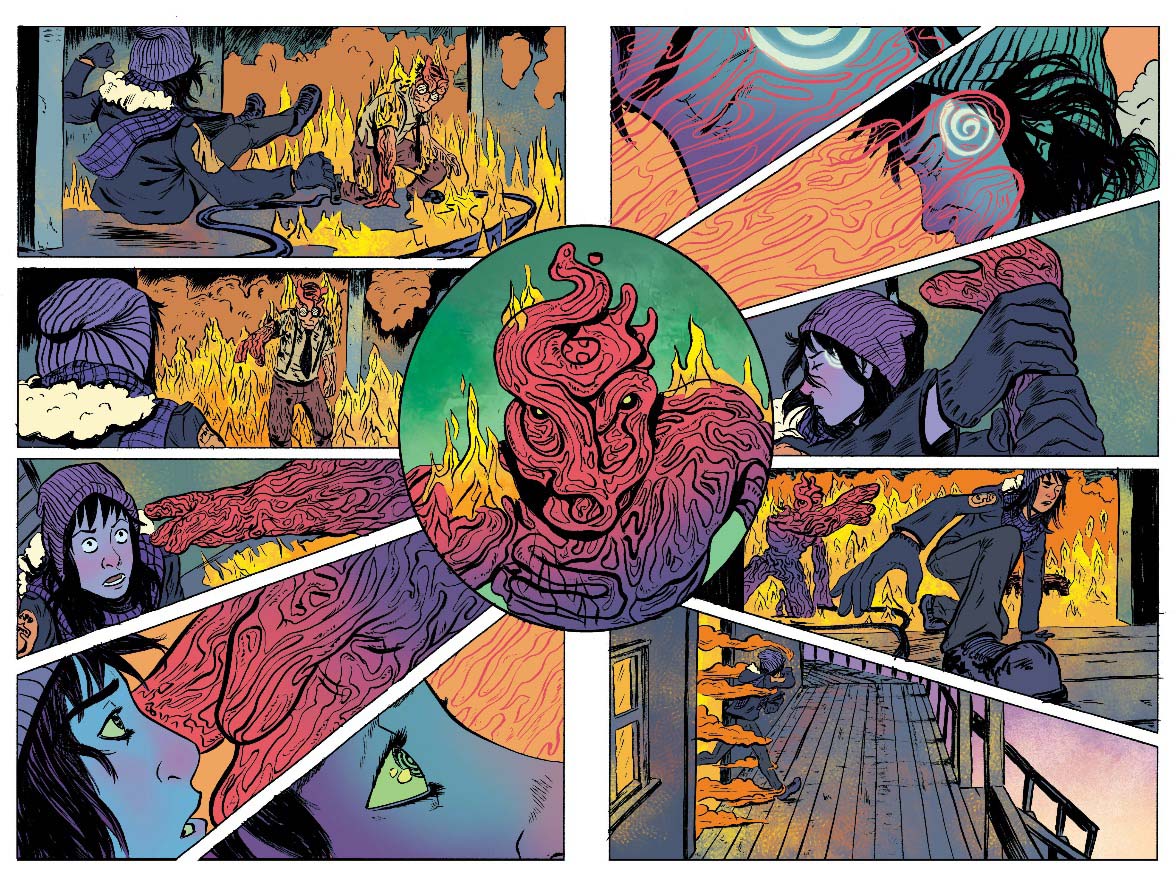 Created for BOOM! Studios (Once & Future; Heavy Vinyl; Abbott) and written by James Tynion IV (Something is Killing the Children; WYND; The Woods) and Noah J. Yuenkel (House in the Wall) with art by Matthew Fox (Long Walk to Valhalla), UFOlogy is what you get when you take X-Files, Paper Girls (which if you haven’t read yet, you NEED to check out my review here) and Area 51 and mix them together.

UFOlogy is a short story that’s best when you don’t know too much about it going in, so without going into too much detail:

UFOlogy tells the story of two seemly normal high schoolers who both feel like they’re anything but. Becky wants nothing more than to blend in and be left alone, and Malcolm wants to feel like he’s a part of something special.

When Becky goes on a date only to find herself unexpectedly “marked” by what could only be an alien, she reaches out to the only person that she knows can help her figure out what’s going on, the person who feels like “it should have been him” Malcolm.

Together the two of them are thrown into the middle of a mystery responsible for ripping apart their parent’s lives some 12 years ago, and that threatens to do the same to them unless they can work together and figure everything out. 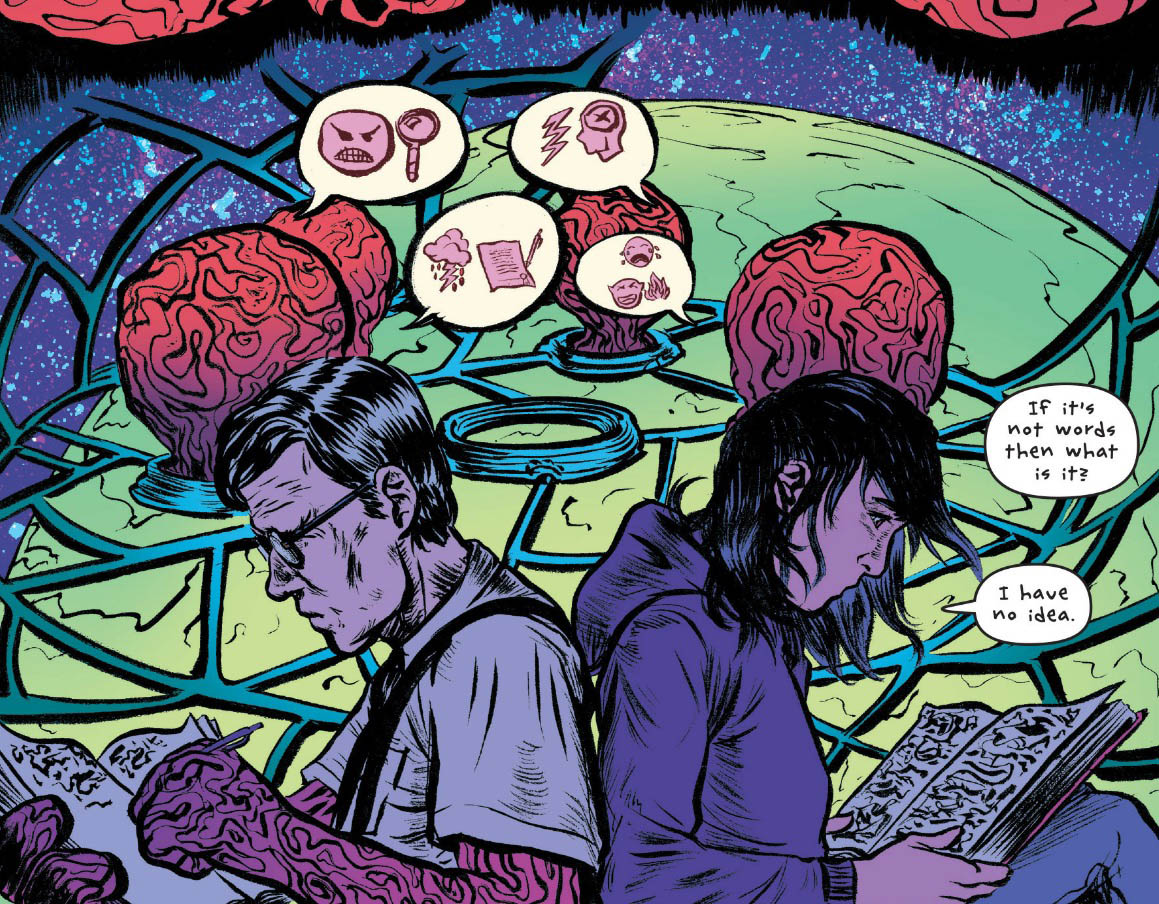 When it comes to the story and character development, few people can handle being in a teenager’s head quite like James Tynion IV. Combine that with the horror know-how of Noah J. Yuenkel, and the result is a coming of age story that’s as relatable emotionally as it is deeply unsettling.

Art plays such a massive role in making or breaking a comic, and Matthew Fox does a fantastic job of helping to make UFOlogy. The style and the colours make everything feel alive and unsettling at the same time.

If I had to compare the experience of reading UFOlogy to anything, I would compare it to how I felt playing Oxenfree for the very first time. 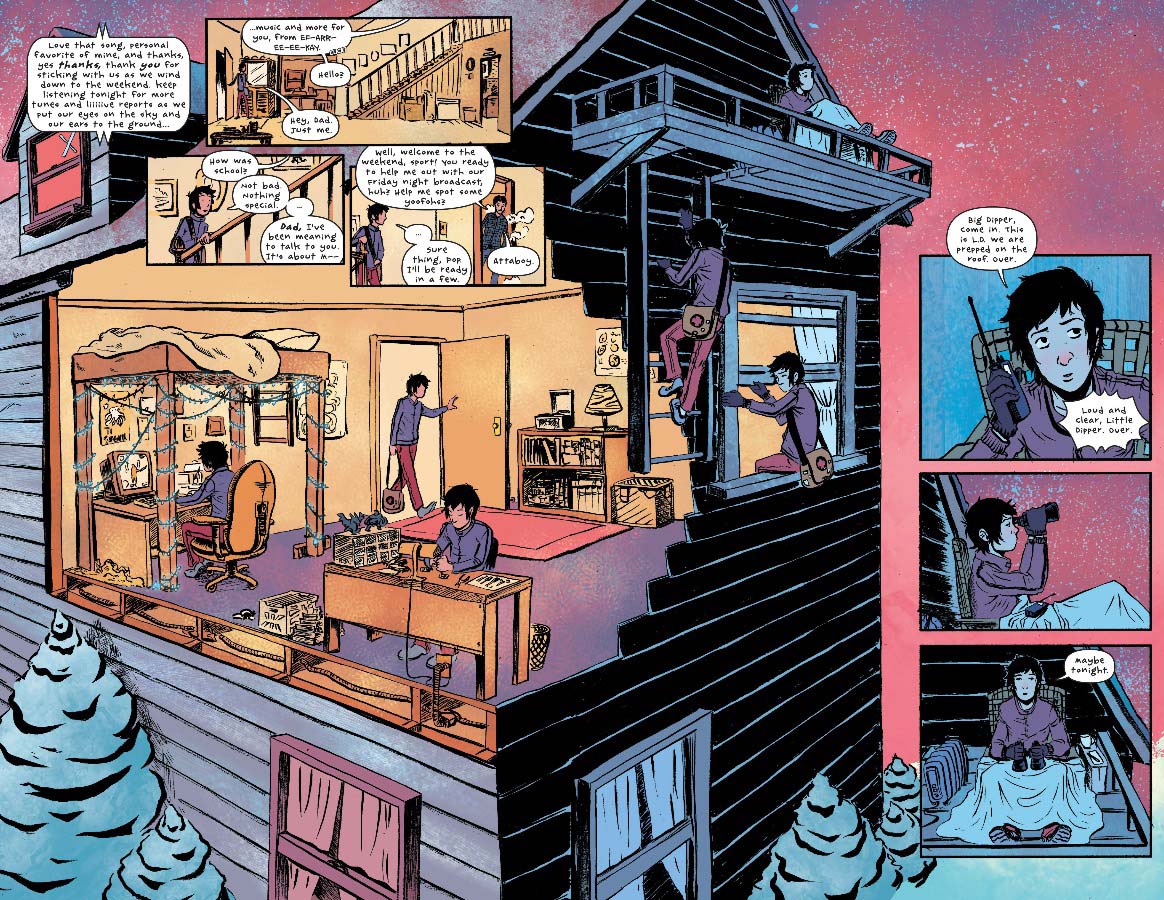 Want to grab UFOlogy for yourself? Head over to Critters and Comics. The series is currently available in the following formats: Digital; Single Issues (6 Issues) or as a single Trade Paperback

Lifestyle | Entertainment | UFOlogy Comic – The Truth is Out There
a